Today is the final day of operation for Ellen's Energy Adventure at Epcot.  The closure was announced at this years D23 event, a short month ago.  I've written similar eulogies for attraction before, speaking of their importance in both Walt Disney World and my personal life. However, I've never broken a six month blogging hiatus for an attraction, so you I hope you feel special Ms. Degeneres.
I don't remember the first time I experienced Ellen's Energy Adventure. I'm sure that it wasn't my first trip to Epcot in 2006, and probably not the following trip either.  Early in our "professional touring" career Adam and I were interested in the headliners, with little interest in "sideshows".  And just as we eventually fell in love with the Carousel Of Progress, Living With The Land, and Primeval Whirl, we also fell in love with the epic solar powered (kind of) gargantuan spectacle of Ellen's Energy Adventure. 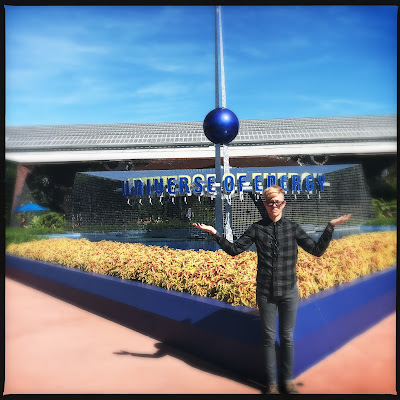 I find it very difficult to explain to people where my love for this attraction stems from.  It's hard to quantify this abundance of love in a place where I love almost everything, but I'm going to try. Before you continue reading: if you think I appreciate the attraction due to hipster driven sarcasm then look no further than our post Why Disney Hipsters?  This isn't about how dated and boring Ellen's Energy Adventure is.  If you want that kind of negativity, just scroll though Twitter.  Here are five things that make this attraction special to me. 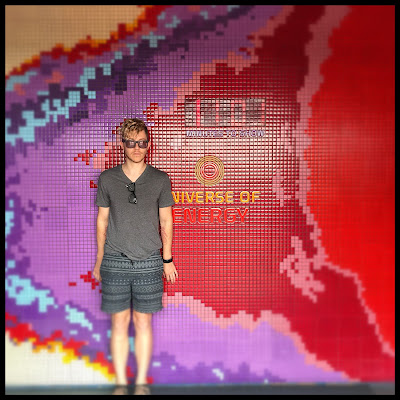 Everyones first recollection of this pavilion is the show building itself.  It's mirrored facade and sharp angles are intriguing to passers by.  Compared to its neighbors (actually all of Future World) this building is a true standout.  Why has the aesthetic powerhouse of the "countdown clock wall" never become a thing?  (until recently...) Of course, if we judged purely on outside aesthetics we could stop here, considering the fate of the building's facade seems pretty safe. (RIP the countdown clock wall) 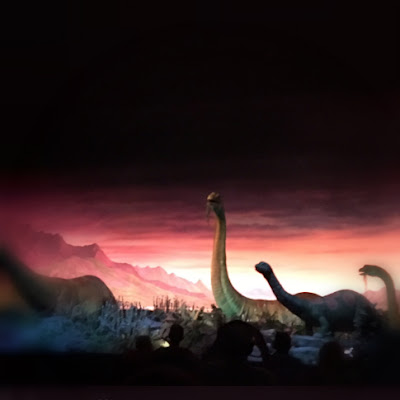 The exterior might be the first thing people see...but its the DAMN DINOSAURS that people remember. Equally campy and impressive, adults and children alike leave talking about this extended scene. Even those Universe Of Energy haters have to admit, this is classic Disney.  But wait...my first two things don't specifically apply to the ELLEN version of Universe of Energy. So...

For crying out loud! Go listen to the Bruce Broughton score for this attraction! The catchy up beat music has entered the cannon of classic Epcot music, and will continue to be heard in the entrance gate music loop. There is a reason this was included at the end of EVERY EPISODE OF DISNEY HIPSTER PODCAST. 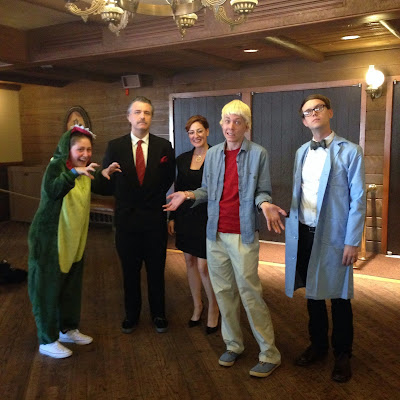 Ellen's Energy Adventure wouldn't have lasted five years without the amazing cast of characters and the actors that play them.  Ellen is amazing. However, its the supporting characters that really tie this thing together.  Jamie Lee Curtis is at her absolute finest, and Bill Nye his sexiest. Alex Trebek his most mustachioed and Kramer his least racist.
People often joke about this ride being one long nap, but I've never been among a crowd where the jokes didn't garner an audible laugh. The script is hilarious, and the actors more so. 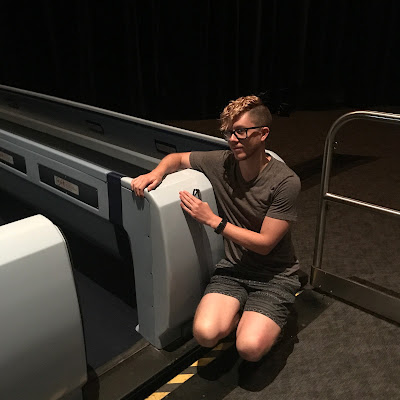 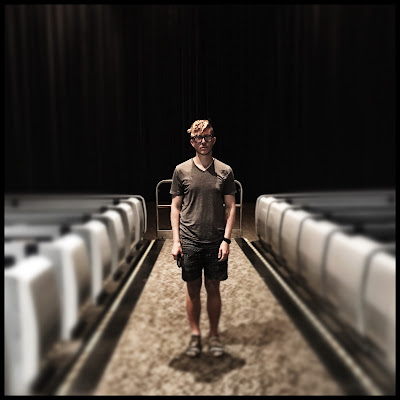 A final favorite thing goes to the front row of the left car...and the seriously impressive ride vehicle system.  If you didn't get to experience this, tough luck. It really doesn't anymore after today.

Thank you Ellen's Energy Adventure for being one of my favorite Disney attractions over the last ten years. You made me laugh, cry, think...and yes, nap. For that, I will never forget you.