We have been waiting for a signature restaurant to open at Disney's Animal Kingdom since basically forever.  There is only so many times you can eat at the Tusker House buffet, or sit at the Yak and Yeti bar. When Tiffins was announced last year we were elated.  This. Park. Needed. It.  (imagine each period as the clap emoji.)  Unfortunately, we didn't love our meal here. 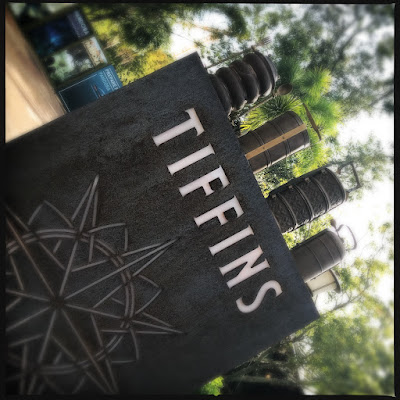 At the moment Tiffins is set off in a dead end of the park. However, after the opening of Pandora this summer this will be a wildly popular thoroughfare. A shame, because it is very peaceful back here right now. 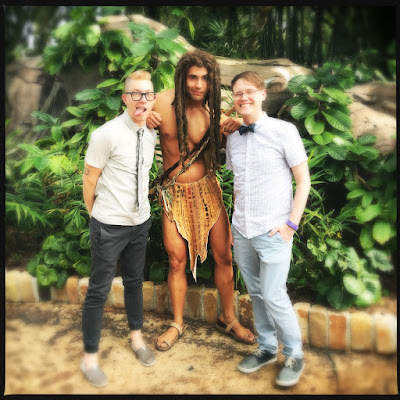 As we checked into our dinner reservation we saw a rare opportunity to say hi to Tarzan who was meeting just a few yards from the restaurant.  I thought this picture was too good not to share.  Does anyone know the height and weight requirements to play Tarzan at WDW? 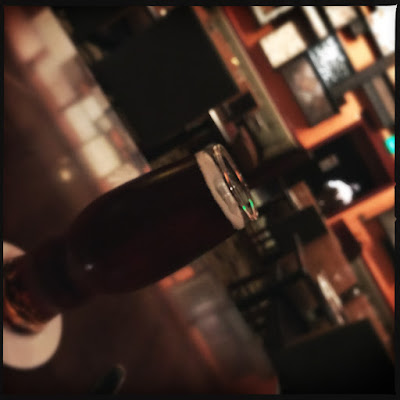 We are not going into the interior of the restaurant.  There are plenty of blogs who went DEEP into that rabbit hole.  Just know that the theming is intricate and wonderful, and thought was put into just about everything.  The only problem for us is that the rooms are too big, and since this restaurant is just getting off the ground it isn't very busy.  AKA: It felt like we were eating in an auditorium.
Of everything on the menu I was most excited to try the Kungaloosh Spiced Excursion Ale. This beer is brewed specifically for Walt Disney World, unlike the omni-present Safari Amber which is only in name special. This ale is brewed with sorghum and spices including cinnamon and cardamom.  Although I was looking forward to this beer (because its beer) I knew I wouldn't love it.  It tend to like beers with little or no adjunct grains, which take away from the actual beer quality to me. But the sorghum wasn't a big problem...I just don't really care for spiced beers.  If you like sweeter beer you will probably enjoy this. 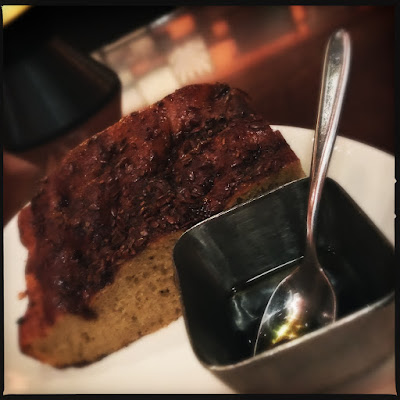 I love that more and more restaurants at Disney World are starting the meal with bread. After walking around all day, and purposely starving myself prior to dinner, when I sit down I NEED TO EAT.  I thought this foccacia was fine, but the idea was way to similar to Skipper Canteen.  This is signature, right? Wow us. 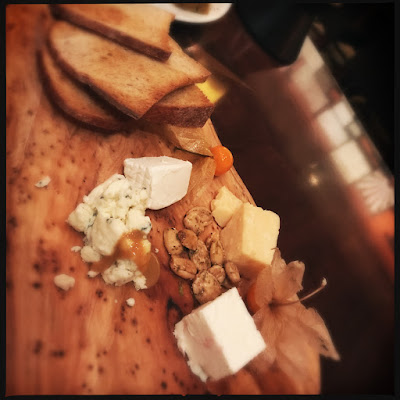 One thing going for Tiffins is that there are quite a few veggie options.  We opted to order a few appetizers and sides along with our main dish.  The cheese board is of the lets just throw it all on a plate and hope it looks artistic variety.  After our revolting cheese plate at Cinderella's Royal Table this was really good. The official accompaniments listed are marcona almonds and cape gooseberries...but these tend to change quite a bit, as they should. I'm not a cheese expert (I know! Gasp!) but these we all yum, and gooseberries are the bomb. 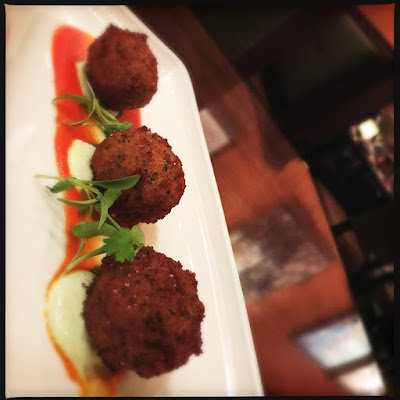 Above are the black eyed pea fritters.  They're served with zhough yogurt and peppadew pepper puree. These were super crunchy on the outside, and the flavor was excellent, but the inside  is a little too doughy to truly enjoy.  The two sauces were amazing, and complimented the fritters perfectly. HOWEVER, why is there so little of it?  When did "signature dining" turn into the "less is more" sauce model?  Maybe I'm a cretin but, I need a lot of sauce. 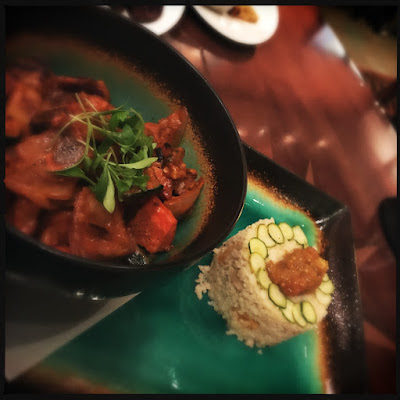 The current veggie entree is a roasted vegetable curry with millet and lime chutney.  It might be that we're from the northeast (and lived in NYC for ten years...) but this is the most basic boring curry I've ever had. No joke. The veggies are vastly undercooked, and the spice is lacking. The presentation is gorgeous, but that does little to rectify this dish. When the veggie options (notice the plurality) at Skipper Canteen are both more appealing its time to step up your game Tiffins. 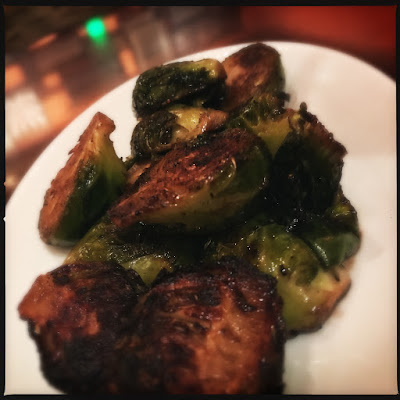 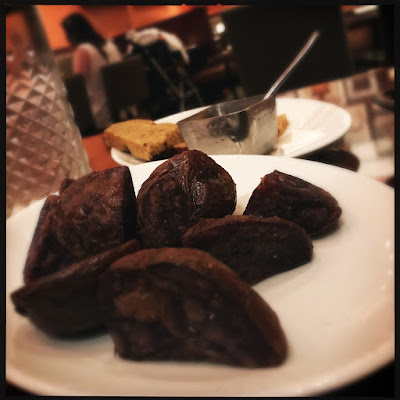 We ordered a side of brussles sprouts (minus the bacon) and Peruvian purple potatoes.  The brussles sprouts were very good, and cooked perfectly. But the potatoes were dry beyond belief.  Maybe a different preparation would suit these better?  Purple mash maybe? 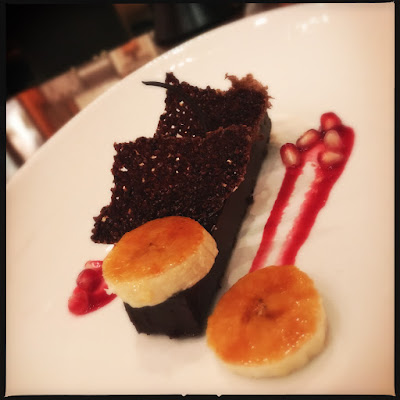 For dessert we enjoyed the south american chocolate ganache.  The accompaniments change often with this dish. Ours was presented with carmelized banana, pomegranate reduction and what I think the server called "cake bits."   This was a truly decadent chocolate.  Perfectly bitter and an absolute joy with coffee.  The bananas are what dreams are made of, and I wish I could just order a side of them on their own.

As we left our first dining experience at Tiffins we were happy with our meal.  But as the night progressed and we had time to talk it over, our feelings started to shift.  We spent a small fortune on this meal (the curry alone is $29!) and it was touted as signature dining...which indicates to us that we shouldn't be merely "ok with it."  I honestly think Skipper Canteen at The Magic Kingdom is lightyears better in both quality and value.
We will absolutely go back to Tiffins in the future, knowing that sometimes a restaurant needs to find its legs.  But that day is way down the line.  If you're a fan of Tiffins please let us know about your experience there...