A Magical Evening In Dinoland USA

If there is one thing I know for certain in this world its that Disney's Animal Kingdom is absolutely magical in the evening.  As the sun starts to set on my favorite park and all the ambient lighting starts to kick in, my giddiness becomes palpable. (Also, the DAK cocktails have kicked in) Early evening is also the best time to take photos...and you know I love to take photos.
After a severely mediocre meal at Tiffins (review coming soon) Adam and I sauntered over to Dinoland USA while the sun was going down.  Usually Adam will fight my urge to have an impromptu photoshoot, but this night he was game. 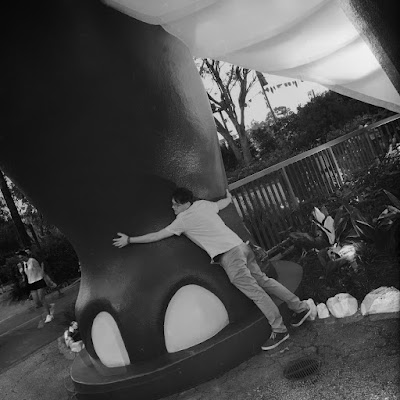 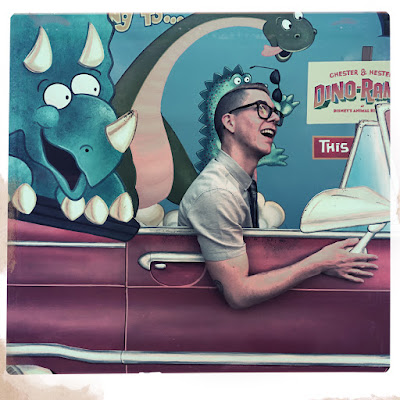 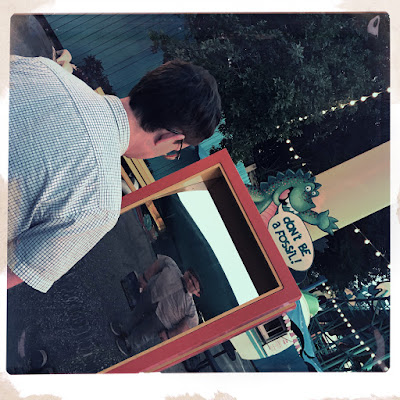 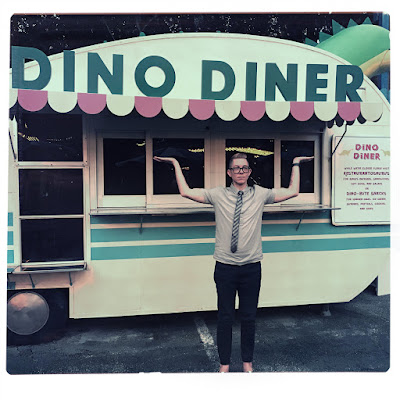 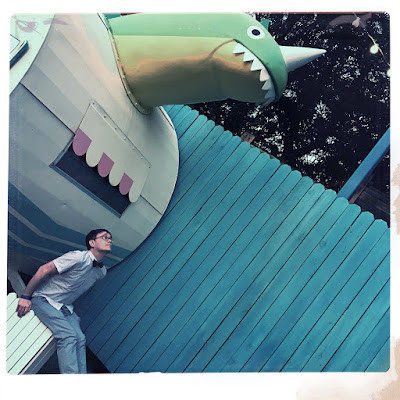 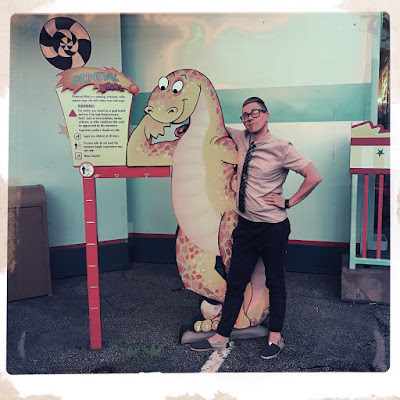 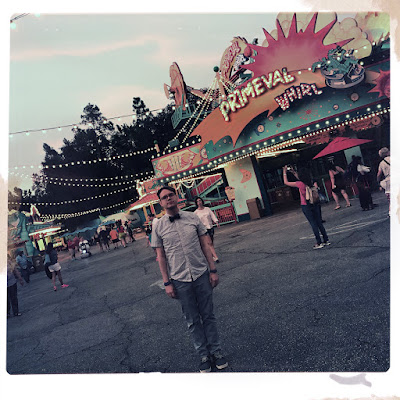 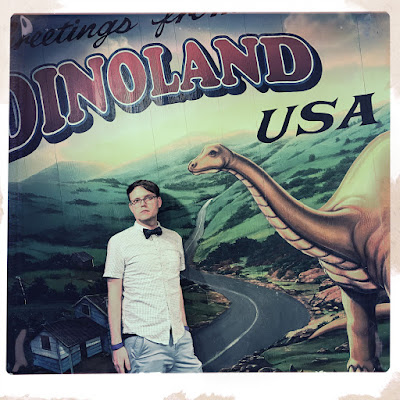 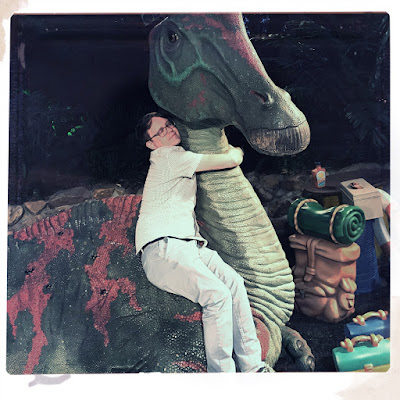 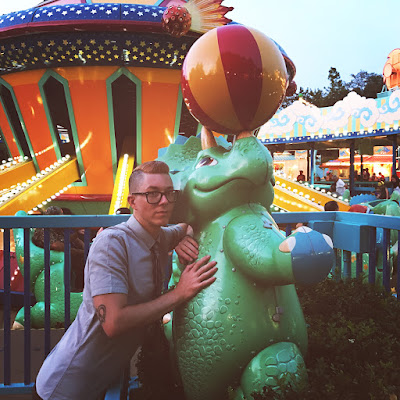 Fun right?!?! I love running around hugging all of my favorite dinosaurs! Plus, this area tends to empty out before the rest of the park, giving you ample space for your photoshoot.  The key is to start before the sun is completely down.  Where is your favorite place to take pictures at Disney World?

The Current State Of The Norway Pavilion Restroom Signs...

I have never been one to complain about every change at Disney World.  No, seriously.  I might be a little upset in the moment, but always preface that by having an open mind.  If the change is good, or at the very least linear, I will accept it.  I have never really let personal nostalgia sway my opinions on change.
When construction started on the restrooms in the Norway pavilion at Epcot I was worried about the signage.  These were my absolute favorite in Walt Disney World, and they had been in a sad state over the last few years.  Here are those classic signs... 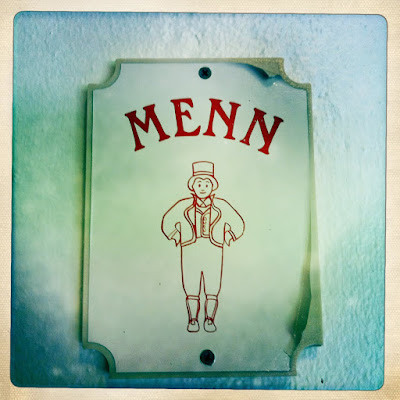 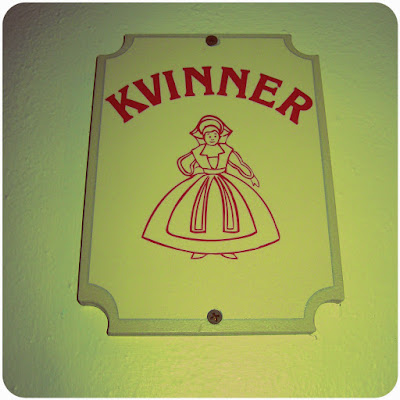 See?!? They're super adorable and fit the space and theming perfectly.  So as the restrooms reopened with new signage I was a little distraught.  In my grief I commemorated them on my arms... 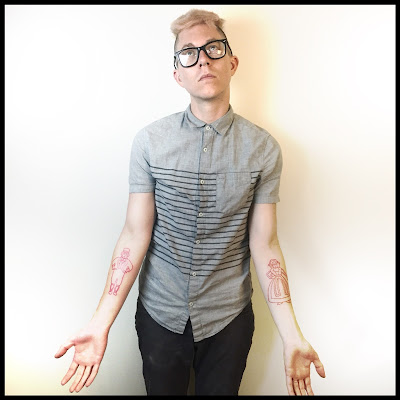 Luckily for us the new signs are also super adorable. Are they as perfect in their simplicity as the old signs? Of course not. However, I love how they mimic Cast Member costumes, and the over all quality of the signs is much better. 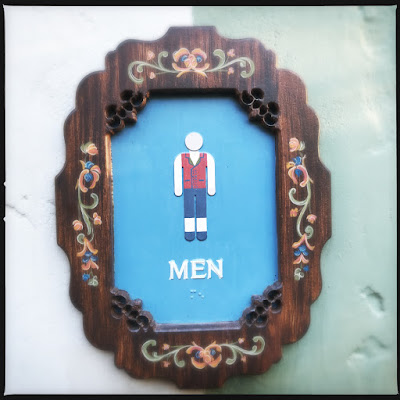 Another Disney trip, another swath of restaurants to knock off of our list...but this time we booked the white whale of reservations: Cinderella's Royal Table.
Most consider this reservation the hardest to get in all of Walt Disney World, so when Adam told me he finally got one for our trip in October I was initially elated. However, as the thought of eating here gestated in my head a bit I became a little worried. I mean, the food is notoriously bad, and I figured it must be even worse for vegetarians.  Well, lets see... 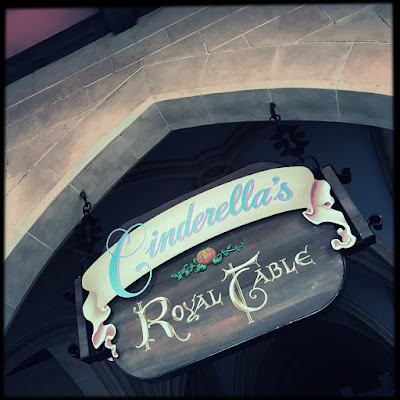 The day of the reservation came, and I don't know why, but I was actually nervous about eating here...because, well, it's in Cinderella Castle.  We aren't fans of the castle aesthetically, but its still pretty magical. 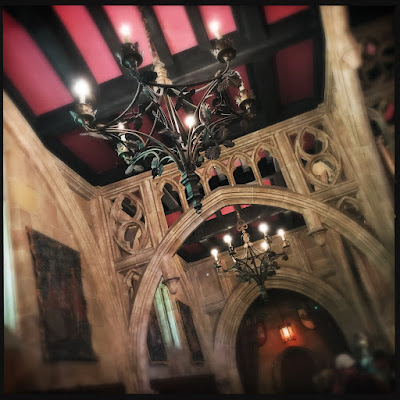 The inside of the restaurant/foyer area is a lot prettier than I was expecting.  It's over the top in all the right ways! 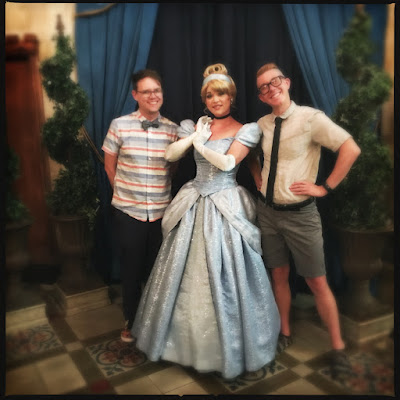 Before heading upstairs to the dining room you are queued up to take a photo with the restaurant's namesake. We felt very rushed at this point, but the photopass photographer was happy to use our phone as well as their own camera. As a solo couple we managed to snag THE ULTIMATE VIEW of Fantasyland. We didn't request this seat, we were just lucky. There is only one table with a view this good.  Seriously magical. 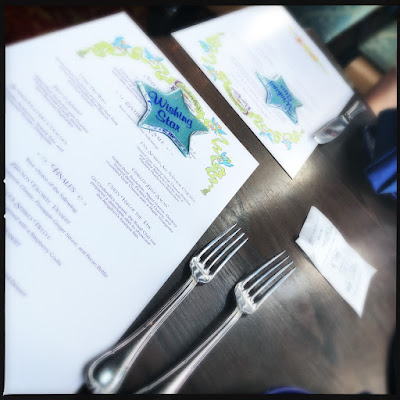 The pace of your meal is very fast.  Cinderella don't play no games...homegirl wants you fed ASAP.  Be expected to order within a few minutes of sitting down.  The menu is prefix, with only one veggie option for entree, and a modified first course. 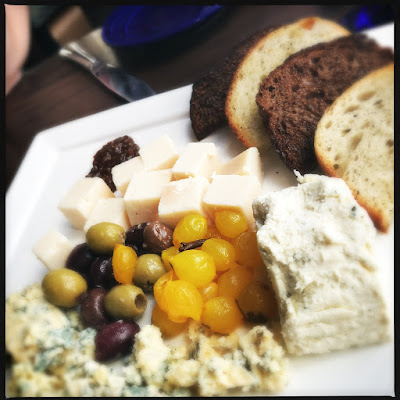 See the picture above?  This is the cheese plate appetizer, which usually has meat on it.  Apparently when you say you don't eat meat they take pity on you by doubling down on the dairy.  I mean, WHO IN THE WORLD CAN EAT THIS MUCH???  As far as Disney cheese plates go, this was pretty vile.  The accompaniments were assorted olives, pickled onions, fig paste and giant bread slices.  Notice the cheddar cheese cubes. This is not a Jiko cheese plate. :/ 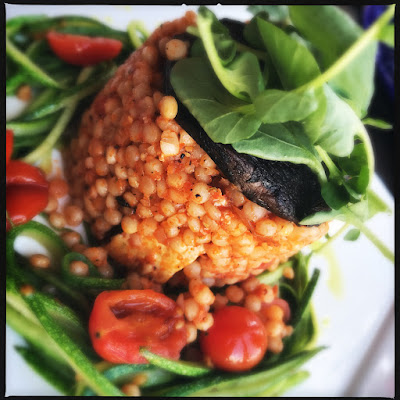