Sorry for not keeping this blog up to date lately. Honestly, by the end of the summer it gets pretty hard to find things to write about. Since we have a trip to WDW coming up very soon I'm sure a huge swath of posts will come along with it.  So that will be fun.
In the mean time, here is a continuation of our "Last Photo" series in which we simply go through old vacation photos, and without judgement post the last photo taken in a given park every trip. We have already looked at the last two years, and now were going back to 2014...and beyond. 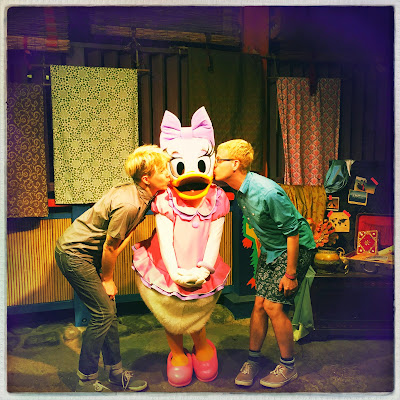 I remember this night very well.  For some reason Animal Kingdom was open much later than normal, and Adam and I wanted to take advantage.  We spent the evening exploring the recently opened Harambe expansion and meeting with random characters. My girl Daisy is perfection. 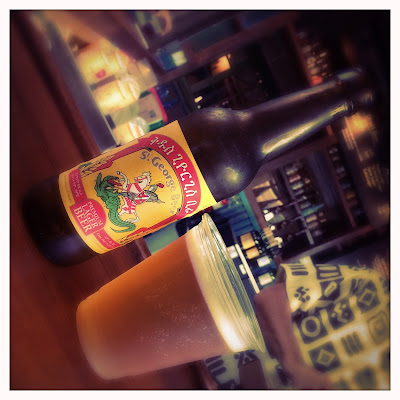 This is a pretty typical "last photo" for me.  Often times as a trip is wrapping up I wander around, exploring, drinking, and crying.  Here is a picture of a beer I got at Dawa Bar, we I consumed as we sloooooooooowly meandered out of Animal Kingdom. (Does anyone else say goodbye to each park?) 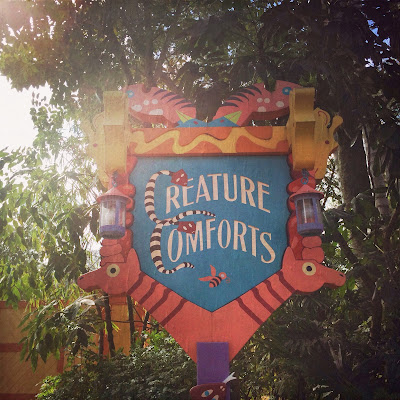 Just after our January 2014 Disney Cruise, we spent a few days at WDW.  One of things I made a point of was documenting Creature Comforts the store on Discovery Island.  This shop was slated to (and subsequently has...) become a Starbucks.  I always liked the inside of this store despite not having much interest in the wares. 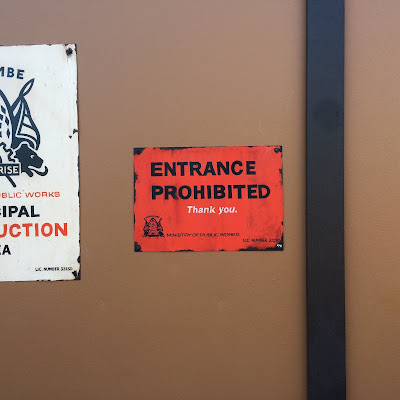 I know this one is boing, but is VERY IMPORTANT considering how great "new Harambe" turned out.  You might remember that there was very little anticipation for this space.  Everyone thought it was just an addition for Festival Of The Lion King.  Boy were we wrong. 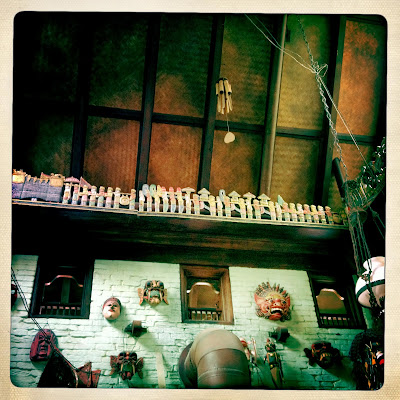 I love this picture from the inside of Drinkwhalla.  There was a time where we were totally obsessed with this space, and the adjacent lower garden.  Such great theming.

Going back through the history of our photos has got me so excited for our upcoming trip!  So many new things to experience! So many jacuzzis to sit in! So many schoolbreads to consume! Is there anything at Walt Disney World that you would like us to cover for the blog?  Let us know over on Twitter of Instagram!