Today is Labor Day here in the United States. For most this signifies the end of the Summer season. Kids are going back to school, the days are getting shorter, and pumpkin spice is once again gracing us with an obnoxious omnipresence.  This is a time where us in the north start transitioning a few Summer routines as well, including many people swapping their iced beverages for something warmer.  However, our favorite vacation destination of Walt Disney World is still blisteringly hot and will remain so for most of the year.  Be it July or January you can enjoy a refreshing frozen beverage any time of year.
With hundreds of dining options across WDW your frozen drink selection can be a little overwhelming. In the name of research we have gathered four interesting frozen drinks around Walt Disney World! (and a few you should avoid) 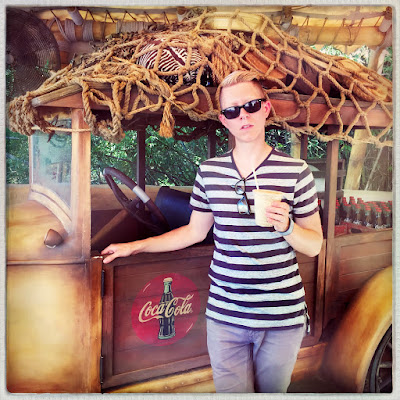 Starting off the list is the Frozen Elephant.  This bizarre drink is found in the often overlooked Refreshment Coolpost in the African Outpost section of World Showcase. While this area of the park is kind of useless, this drink certainly isn't.  The Frozen Elephant is basically frozen Coca Cola slush (the carbonated kind of slush, like a Slurpee...) blended with Amarula.  For those unfamiliar with Amarula it is a cream liqueur similar to Bailey's Irish Cream, with a more pronounced fruit flavor. Some might complain that this drink isn't very strong, which is true, but it does hit the spot on a hot day. A quintessential "weird Disney drink." 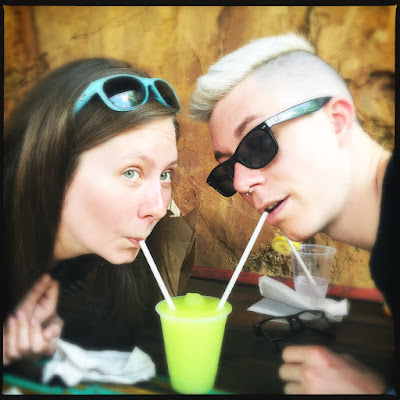 Moving over to Disney's Animal Kingdom and the lovely Harambe Market we find our next fun frozen drink!  The Leopard's Eye is blended frozen Bibo soda and Snow Leopard brand vodka. Bibo is a popular brand of soda in Africa, and comes in a variety of fruity flavors.  The one used for the Leopards Eye is kiwi-mango, and lends the drink its signature chartreuse color.  This drink is strong and goes down VERY EASY.  You have been warned. 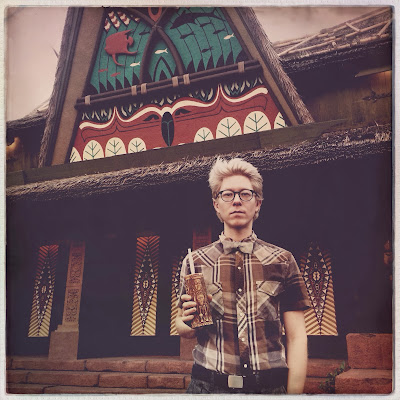 Did you think we were going to skip The Magic Kingdom?  Heck no!  Though it is know primarily for its famous citrus swirl, the Sunshine Tree Terrace in Adventureland has another frozen treat that we love.  The pina colada slush sounds basic, and it kind of is in the best way.  Normally a pina colada is cloyingly sweet and thick, but this one isn't at all.  While a normal pina colada is blended smooth, this version is left gritty with ice. No, there is no alcohol in this and I know it sounds weird/boring, but this is a must get Adventureland snack. PLUS you can get your drink served in the amazing tiki tankard! 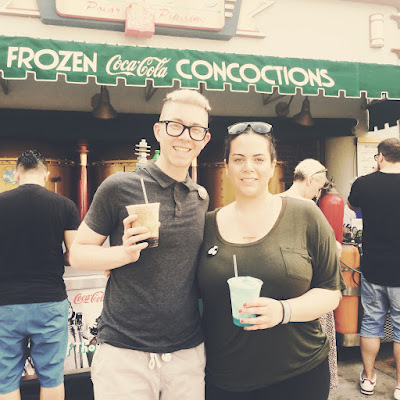 Let's round out the parks at Disney's Hollywood Studios.  Just off of Hollywood Boulevard we find Peevy's Polar Pipeline, with it's famous frozen concoctions.  The fun of Peevy's is that you can customize your drink to suit your taste sensibilities.  First start by choosing a frozen base either Coca-Cola, Blue Raspberry, Raspberry Lemonade, Lemonade, Wild Cherry, or Strawberry.  You can then choose one of three booze options, Bacardi Silver Rum, Jack Daniels Tennessee Whiskey, or Three Olives Cherry Vodka.   These are seriously yummy, and though they're not worth a trip to DHS, it does make the park a little more tolerable. 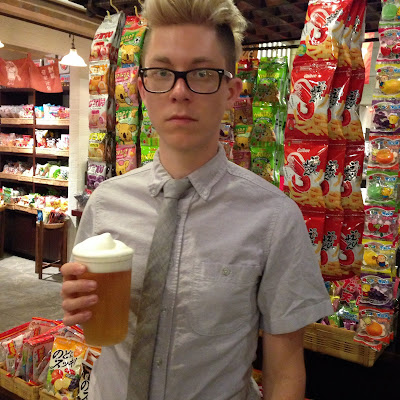 We love a nice  food gimmick now and then, and we were elated to hear that the Japan pavilion at Epcot was serving a frozen beer.  But the fact is that I don't like Kirin, and freezing the head of it doesn't make it any more palatable. In fact, it just prolongs the experience. Yuck.  Avoid this one. 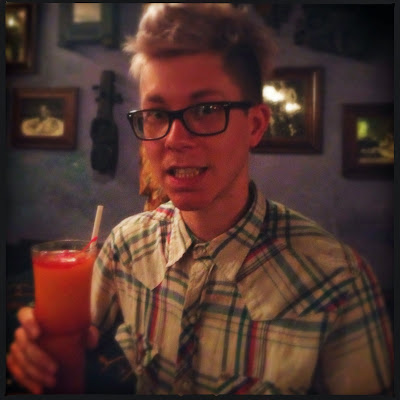 The final drink on our list, and my absolute LEAST FAVORITE DRINK AT WALT DISNEY WORLD is the Yak Attack.  This frozen nightmare is a mango daiquiri with "wild berry" flavor.  It is sweet on sweet on sweet.  I maybe took three sips of it before giving up. The cult status of this drink really makes me reconsider my respect of many Disney bloggers. Should you not heed my warning, you can find this monstrosity at the Yak & Yeti at Disney's Animal Kingdom.

It's Labor Day, and the time of barbecues and beach time is dwindingly. But as Summer is coming to an end, always remember that these lovely frozen goodies are waiting for you in the over the top hot Florida weather.  Have you have any of these drinks?  Which are your favorites? Do you TOTALLY DISAGREE with us about the Yak Yuk Attack?  Let us know over on Twitter...