A few months ago I did a series of blog posts documenting the very last photo I took in the Magic Kingdom on every vacation.  People seemed to like these blog posts so I'm continuing the series with those last photos of every trip from Epcot.
I organize my photos both by trip and then place...so there are albums such as Epcot May 2016 for instance. And since these are chronological its pretty easy to scroll and find the last photos...even though there might be 600 photos in each album.  I'm always very surprised to find what I deemed "last photo worthy." For the sake of my convenience I will be going in reverse chronological order. Lets see what this turns up... 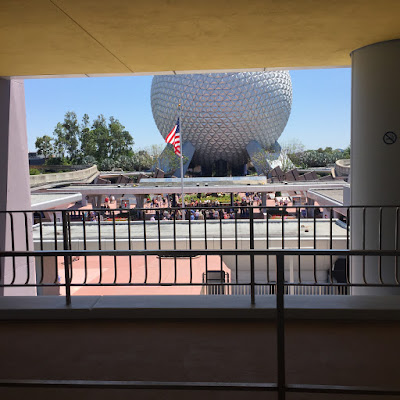 From our most recent trip in May.  Yes. This photo is just dreadful.  But you know that moment when you're walking out of Epcot for the last time on a trip? And you're crying a little bit, and probably had a couple drinks around World Showcase...and you think you will never see Spaceship Earth again?  Thats when you snap bad pictures from the monorail platform. 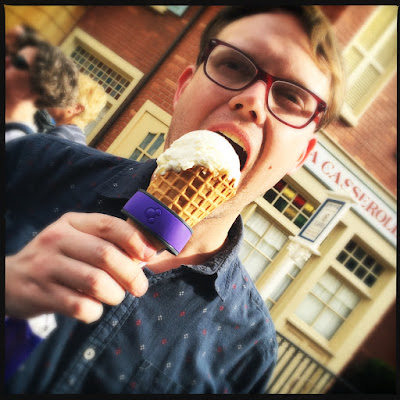 We took a short three day trip to Walt Disney World after our January cruise on the Disney Fantasy.  Just days prior to this the elusive purple Magic Band became available for purchase.  Adam is trying to make every single person in the world jealous here. Purple Magic Band and French ice cream. (subsequently you can now get the purple band with your room reservation.) 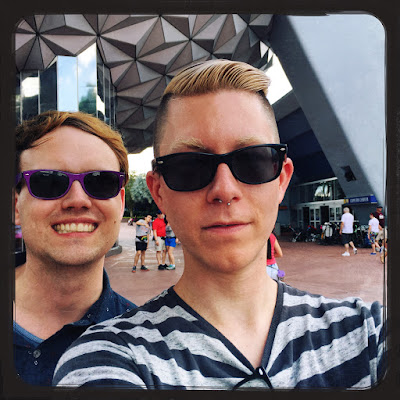 This is another common "last visit to Epcot" photo...the goodbye selfie with Spaceship Earth in the background. This one is from September of 2015. The sunglasses are hiding my tears. 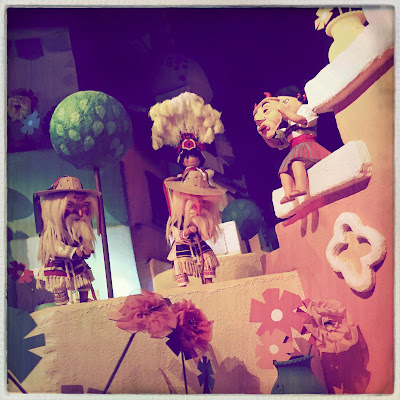 Here is one I wasn't expecting! During our epic TEN HOUR TRIP to Walt Disney World in January of 2015 we made a quick lap around World Showcase.  Apparently Gran Fiesta Tour was high on our list of things to do...

So thats that.  The last two years of last photos from Epcot.  I'm sure as this series continues in the coming weeks some more gems will pop up.  I'm surprised that there aren't more of Adam eating ice cream.