The last night of our recent trip was spent in traditional fashion.  After traveling around World Showcase, we planned on heading back to the hotel by 8:00...to miss the Illuminations crowd, pack, and enjoy Animal Kingdom Lodge one last evening.  As we were walking out of the park I noticed that the light of day had hit magical perfection. The golden hour.
Not one to ignore a good photoshoot opportunity, I dragged Adam over to the Imagination pavilion, which had already closed.  Here we enjoyed a few minutes being silly and taking photos. 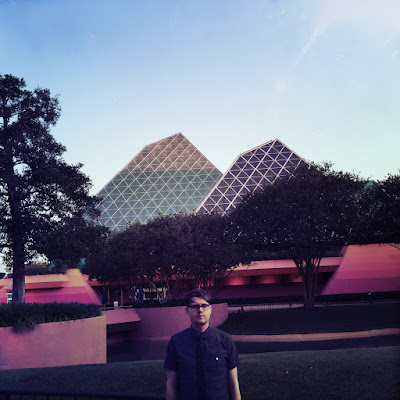 When you guys finally convince Adam to record his Disney record, THIS WILL
BE THE COVER!!!! 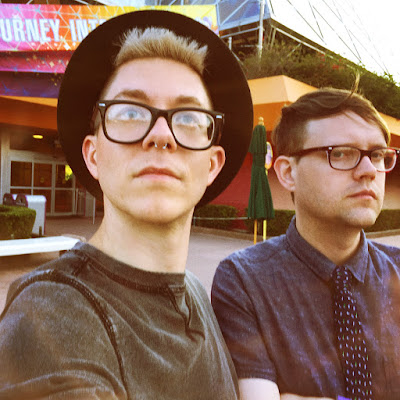 Imagination pavilion is only good for selfies, for real. 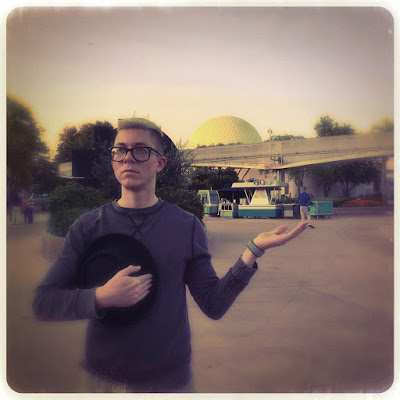 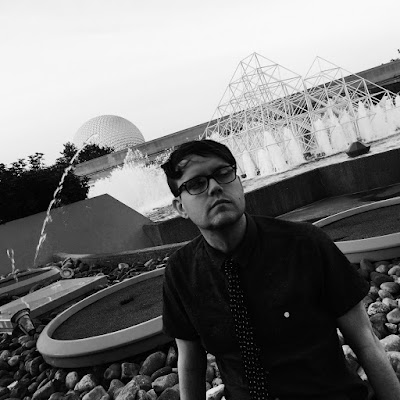 Handsome Adam.  These fountains have seen much better days. 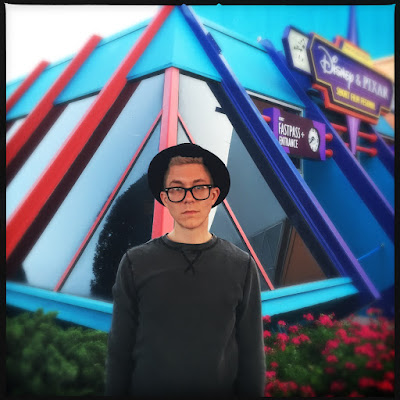 I'm actually in a coloring book. 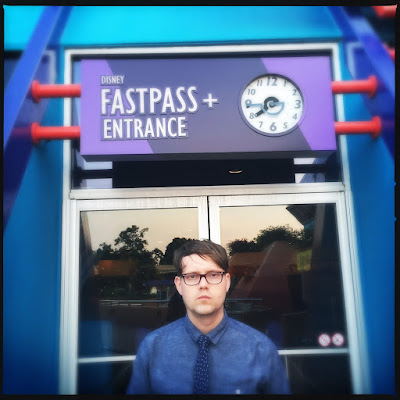 Does anyone even know what this Fastpass Entrance is currently used for? Anything? 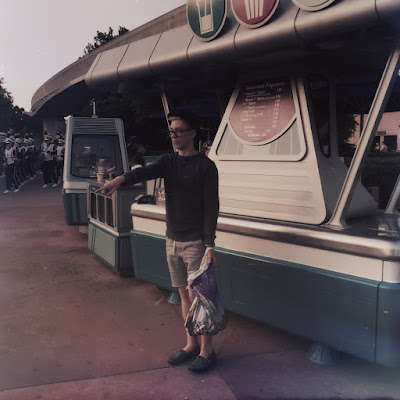 This is my favorite picture of all time. I'm pointing at where I'd rather
have Adam stand to take my picture.  This is a common directive. 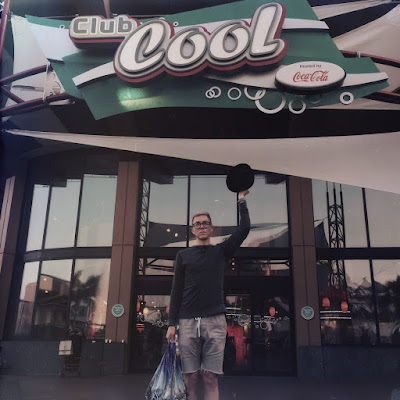 I ended on a high note with Club Cool...because one can never take enough pictures in front of Club Cool!  This was such a magical few minutes before heading back to the hotel for the evening. It just goes to show how many special moments aren't centered around attractions, or food, or shows, or whatever.  Just being in Walt Disney World is perfection.