Last week, while scouring our Disney photos, we compiled the last photos from each of our various trips to the Magic Kingdom/Disneyland.  NOT each visit to those parks, but the actual last photo we took in them before leaving for home.  I was really surprised, in both good and bad ways, at the results! I mean, the Colombia Harbor House trash can?!?! Random and awesome.
We have already covered 2014-15, and today we're going to continue this journey, delving into years prior. 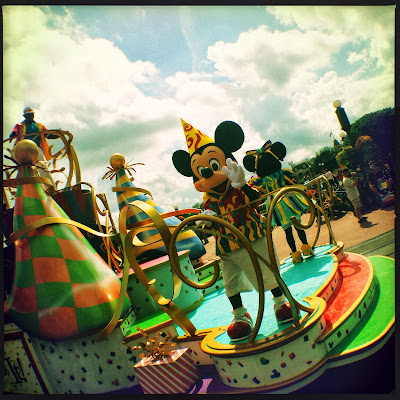 Wow! What a great memory!  We were never the type to go out of our way to see Move It, Shake It, Celebrate It! But on our final day at WDW in October 2013 we went to the Magic Kingdom specifically to see our friend Kelsey perform!  No, she was NOT Mickey Mouse...but this is the last picture I took that day. Love. 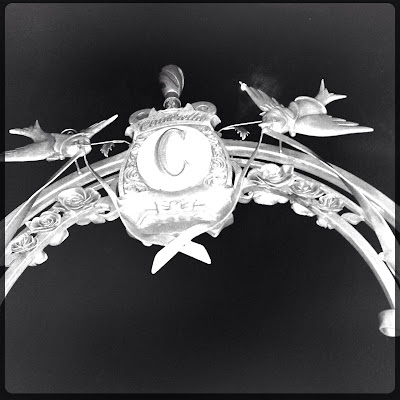 Our last visit to the Magic Kingdom, on our  May of 2013 trip, must have been at night.  The last thing I snapped before leaving was this shot of the upper portion of Cinderella's well.  I really love the contrast in this picture. 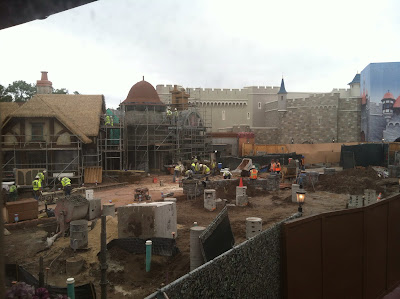 The last picture I snapped from December of 2012 is super random...a construction shot of the "Tangled Toilets."  Remember when that was the biggest construction project at WDW!?! 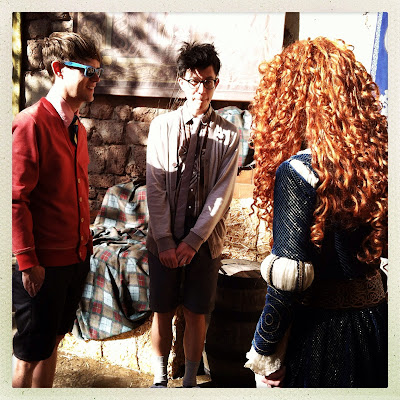 In October of 2012 we spent our last day at WDW doing things we had never done before.  On our list was meeting Merida in the Magic Kingdom.  This is still the only time we've met, despite the fact that we love her so much. 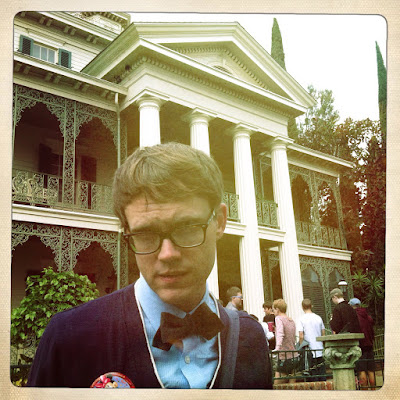 On our first trip to Disneyland in May 2012 we made sure to visit the Haunted Mansion one last time before heading off to the airport.  Adam is sad here.

Thanks for following along on this magical journey through our Disney photo albums!  I'm learning so much about the way we think when it comes to photos! There will be one more installment of this, going into some VERY old photos in which I have brown hair.  So you have that disgustingness to look forward to.