Restocking Beer In Cozumel On Our Cruise

New rules concerning how much alcohol you are allowed to bring on the Disney Cruise Line were put into place late last year...just a few months before our most recent cruise.  Gone are the days of carry-on luggage filled to the brim with beer.   However, the new rules do allow passengers to re-stock their booze hoard at each port of call. (note:start band called Booze Hoard.) 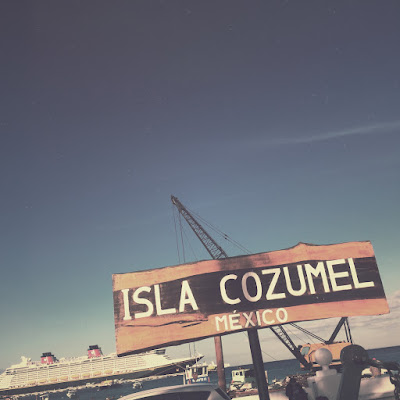 We had a pretty meh time in Cozumel...and since I don't really plan on sharing our activities their, I figured this was a good time to share a few photos. 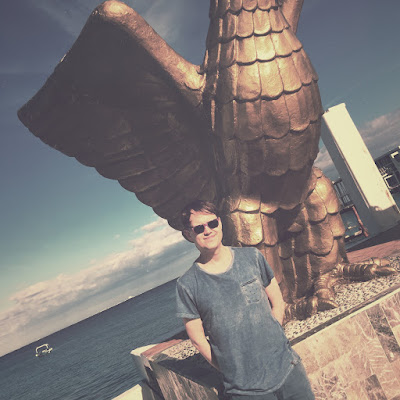 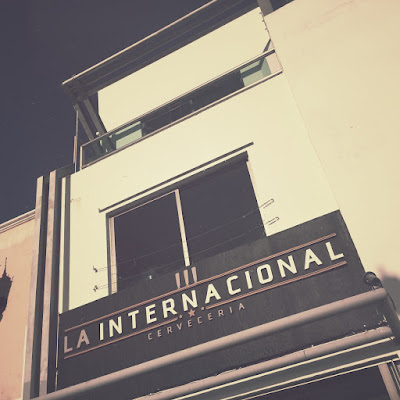 BEHOLD MY FRIENDS: La Internacional Cerveceria.  With a fear of me running out of beer and spending a fortune on the ship, Adam was in charge of locating beer stops prior to embarkation.   A quick search lead him to a quaint bar on Cozumel which specialized in craft Mexican beers.  An e-mail was sent to the owner who confirmed that we could buy unopened beers to bring back on the ship if we wished. 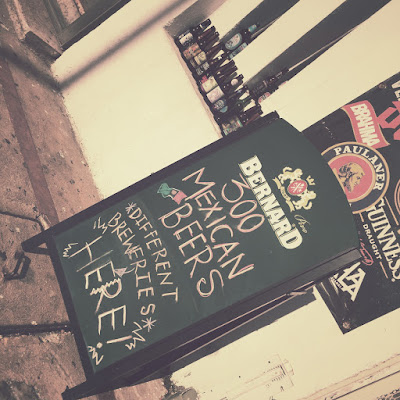 I searched for the bar via Google Maps, but had a hard time locating it.  But once on the island it was very easy, and a short ten minute walk from the port. Honestly, you don't even have to cross the street. 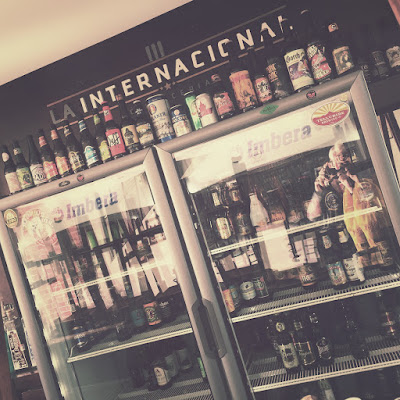 We caught the owner as he was just opening up.  The bar is VERY small, but super charming.  The entire left wall is lined with refrigerators showcasing their wares.  The selection is almost exclusively Mexican beer, but there are some imports as well.  Some are just for show, notice the Duff on top... 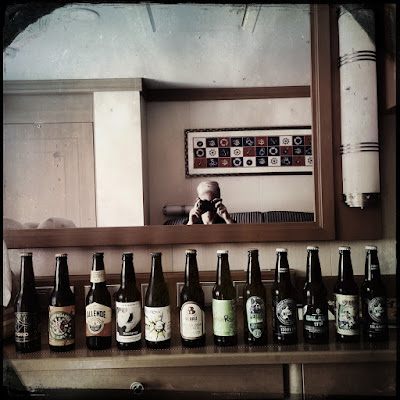 We left the La Internacional  with six beers each, as the new rules dictate.  None of which I had tried before.  Keep in mind, this is NOT a retail store.  You will be charged for the beer as if you're drinking them at the bar.  I often forget about the upcharge, and it takes me a second to get over the increased price.  You will still be saving money over buying on the ship...
Unfortunately we didnt have time to sit and enjoy a beer in the bar, though it does have a lovely view of the port.  Since we have a cruise booked for next January which also stops in Cozumel, this will be a priority.