This past October Adam and I had a rare chance to take part in the Wishes Fireworks Dessert Party at the Magic Kingdom.  This party was always very low on our priority list, but heck, we have to do everything at least once. You know, for "research." 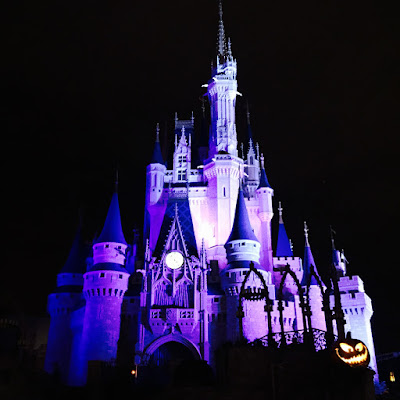 The dessert party is reservation only, so make sure you're on the phone AT MIDNIGHT getting your reservation 180 days out...otherwise you're out of luck.  However, if you managed to snag a spot, make your way over to the Tomorrowland Terrace an hour prior to Wishes! starting.  There you will check in, have a sparkling cider toast, and be seated.  At one point the dessert party was open seating, but tables are now assigned.  Don't fret if your table is toward the back (as ours was...) there is ample room along the terrace wall to view the fireworks.  In fact, you can stroll up to the wall DURING the fireworks and still have plenty of room. 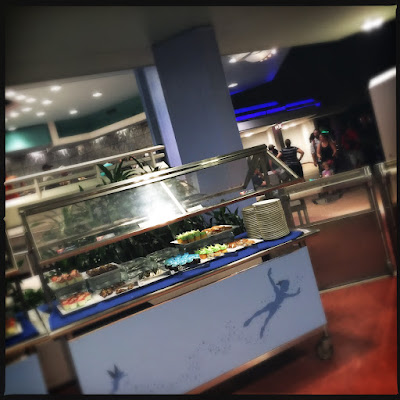 The main attraction here is food.  Yes, there is a spectacular and unique view of Wishes! However, you can see Wishes! from just about anywhere in the park...or outside of the park for that matter.  What you're paying for here is unlimited snacks, and a very convenient viewing location.  Plus, its nice to have a table and chairs after a long day of touring.
The food is displayed buffet style, at the end of the terrace.  This being a "dessert party" sweets were obviously the main focus. 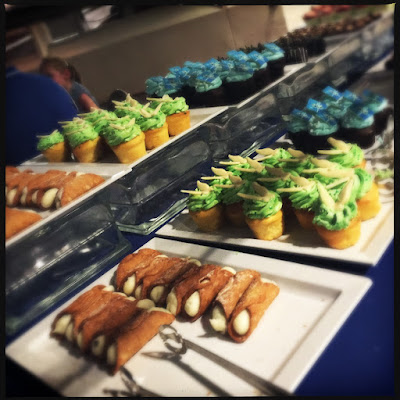 If you know us at all, you might be thinking, "but the Disney Hipsters don't really like Disney desserts! Heck, Andrew doesn't like desserts at all!"  And you would be correct.  However, these are a huge step above the standard bulk Disney desserts.  Many of the treats incorporate Ghirardelli chocolate.  These were all seriously yum.  Our fave by fave was the little baby tiramisu. In true Disney fashion there were plenty of themed cupcakes as well. 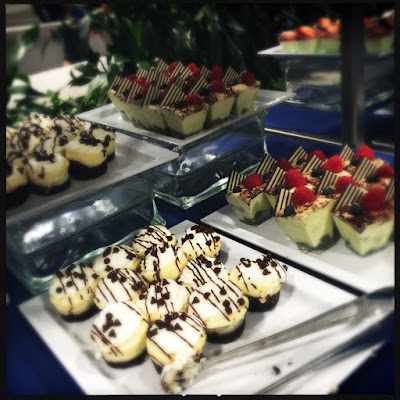 Being a true sweets hater, I was fine after two tiny desserts.  Luckily for me, my focus was on the cheese, crackers, and fruit section.  I was worried going into this party assuming that there would be nothing savory to eat.  Thank god the pepper jack was plentiful...and having fresh fruit was a very welcome surprise.  It had been a long two weeks, and I hadn't been eating much fruit while on vacation. :/ 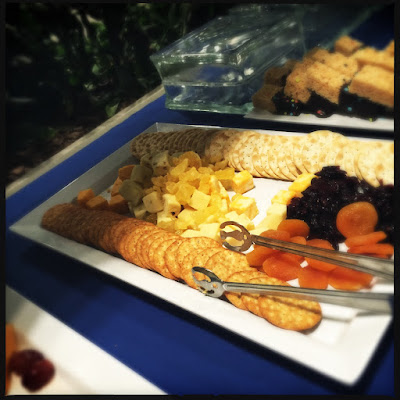 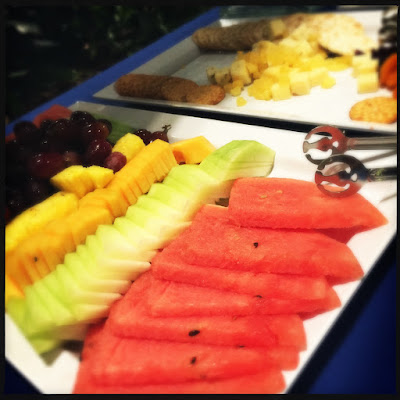 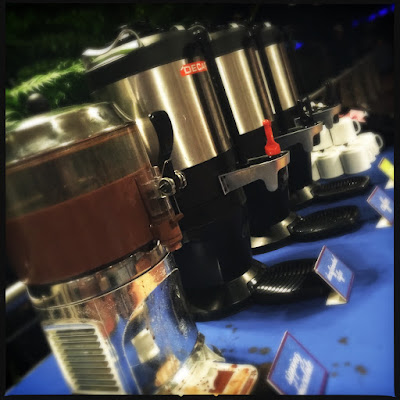 The other station is for cold drinks.  Here you will find milk, water, lemonade, and various fruit juices including POG/Jungle Juice/whatever they're calling it.  Since I usually don't drink this kind of stuff, I did indulge a little and have a glass of standard Disney lemonade, which isn't all that bad. 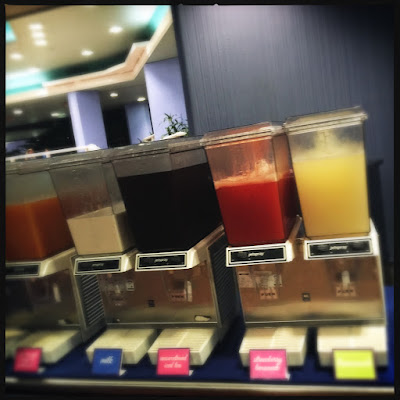 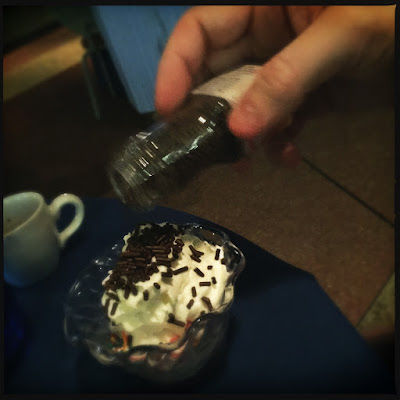 yes, Adam brought his own sprinkles.

The Wishes Fireworks Dessert Party is definitely a unique experience that EVERY Disney parks fan should experience once.  The treats are a big step up over other Disney bulk desserts, and finding a few other items was nice as well.  Though its hard to justify the price, the combination of treats, a great viewing location, and general atmosphere make it worth while for a special occasion.