As we slooooowly whittle down the list of Walt Disney World restaurants, with the aim of eating at all of them, we've visited some restaurants with hesitation.  Thus is the case of 1900 Park Fare.  It's not that we were totally opposed to eating here, BUT when you consider all of the other restaurant options that have already proven themselves...eh...it gets kind of tricky.
Hesitation aside, the day finally came this past September as we buckled down and made a reservation for this character buffet restaurant. 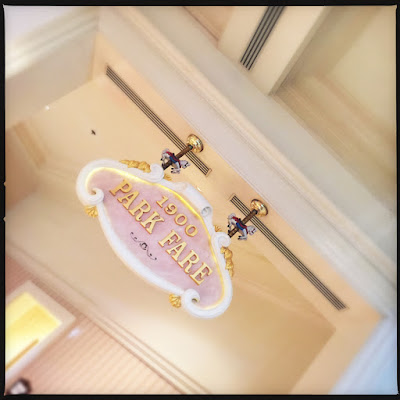 1900 Park Fare is located on the ground floor of the lobby of Disney's Grand Floridian Resort. The restaurant is tucked away in a corner, on the "monorail side" so keep your eyes open for it.  Check in is at a podium in a hallway leading to the restaurant. 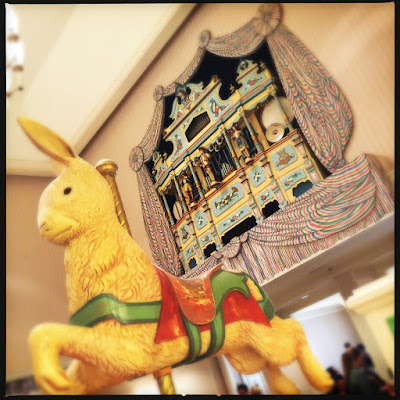 The decor here is very hard to describe without sounding like a total dufus.  There is a lot of pastel, which is carried throughout the resort.  The main space is inspired by Victorian carousels, featuring some whimsical carousel animals right in the thick of things.  There is also a rather impressive vintage calliope on the wall. I've heard that this thing plays now and again, but it didn't during our meal. :/ 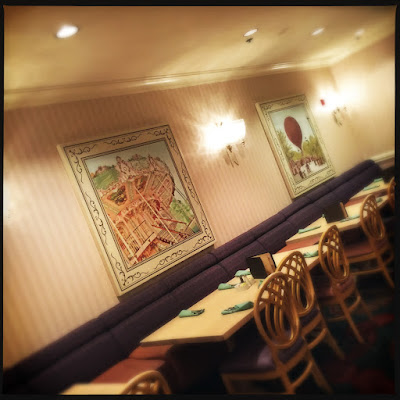 Besides the vaulted ceiling in the middle of the restaurant, the majority of the space has rather short ceilings.  We were seated in an area that kind of felt like an old Olive Garden that hadn't been update in a while. 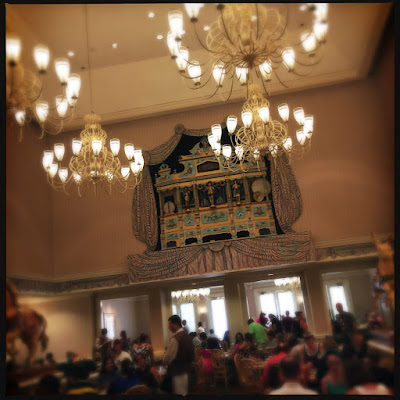 Have you ever been to a buffet restaurant at Walt Disney World? If so you know exactly how this will go.  We've learned over time not to get too excited for these glutinous feeding frenzies.  Each restaurant touts a few specialties or cult foods...but honestly? They're all kind of the same. The big exception, in our opinion, being Biergarten at Epcot. 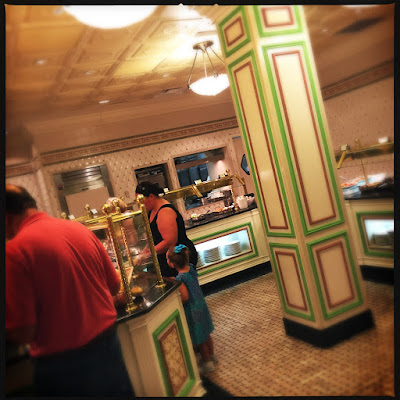 As far as vegetarians go, there are always some decent options, and you won't leave hunger.  There is the very standard little salad bar. Here, looking exceedingly paltry: 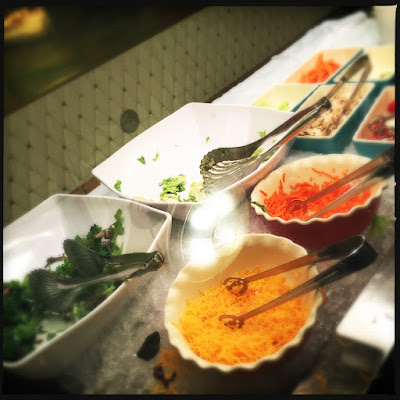 But there are always some really yummy pre-made salads.  Below are a cucumber/tomato/onion salad in a balsamic dressing, and an heirloom tomato and mozzarella salad.   There was also a cous cous salad (LIKE EVERY OTHER BUFFET...) an edamame salad, spinach and strawberry salad,  a watermelon and feta salad (LIKE EVERY OTHER BUFFET...) and a cold noodle salad. 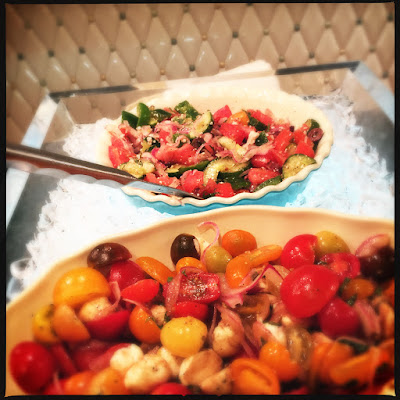 But don't fill up on cold salads.  The warm veggie sides are usually pretty decent.  At our dinner at 1900 Park Fare there was roasted veggie oreganata,  sautéed string beans, mashed potatoes, and roasted potatoes. 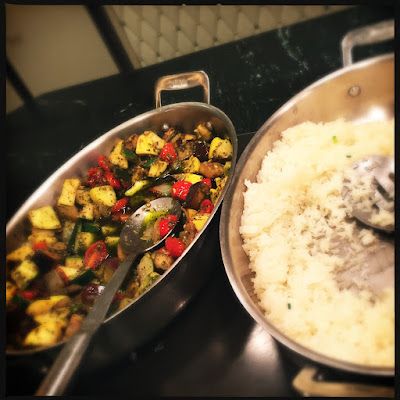 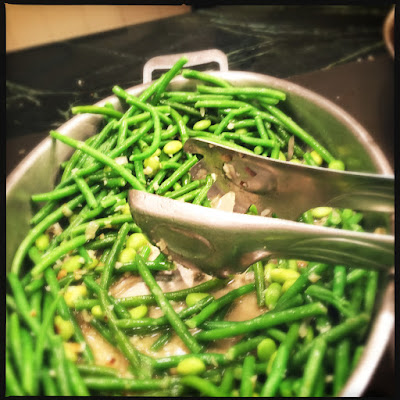 If you eat cheese, there is always blocks of cheese to stuff in your mouth. Or, take your buffet skills to the next level and melt the cheese blocks into your mashed potatoes.
The star of the show, for me, was the butternut squash ravioli.  This is NOT something that is at every other buffet, and I ate no less that 22 ravioli at this occasion. 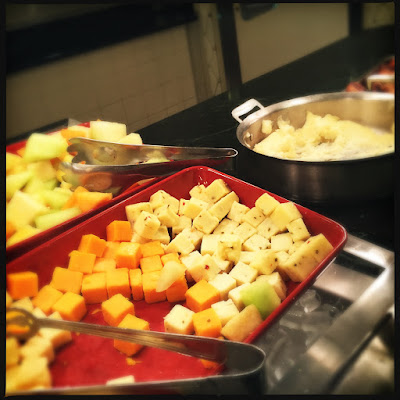 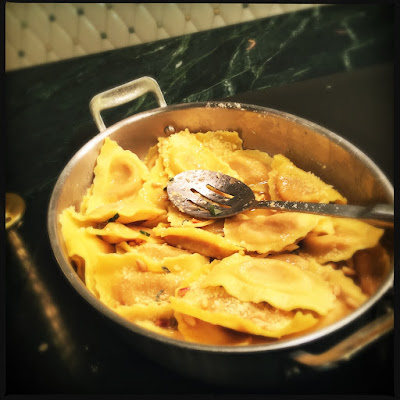 There are usually a few soups offered.  One of which will probably appear vegetarian. However, ALWAYS ask a chef if that is indeed true.  Soups have been particularly tricky at WDW. We've actually been given two different answers regarding the same soup. The main culprit is usually chicken stock.  Play it safe, and ask.
The buffet also includes a "kids section" consisting of french fries, mac and cheese, bad pizza etc... I fill my plate in this section at least once, and I'm pretty sure Adam would be fine if this was all they offered.
As far a desserts go: meh. They're Disney buffet desserts. They're ridiculously basic and serve their purpose well...to make people full. I've never had a dessert at a buffet that I actually enjoyed, the only exception being on a Disney cruise.  There is nothing special here. 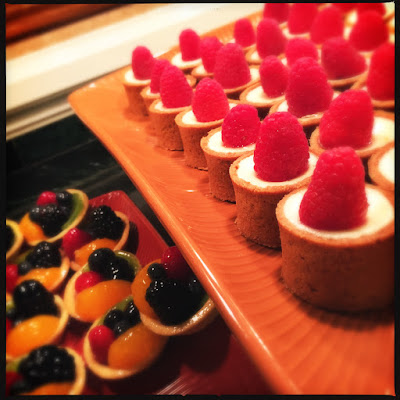 Of course it would be super lazy and sad for me to end on bad desserts.  So lets end on a happy note.  1900 Park Fare is a character dining experience!  The characters vary from lunch and dinner, but are pretty consistent in that regard.  Breakfast is usually Mary Poppins, Alice and the Mad Hatter, while dinner includes Cinderella, Prince Charming, Lady Tremaine, Anastasia and Drizella. 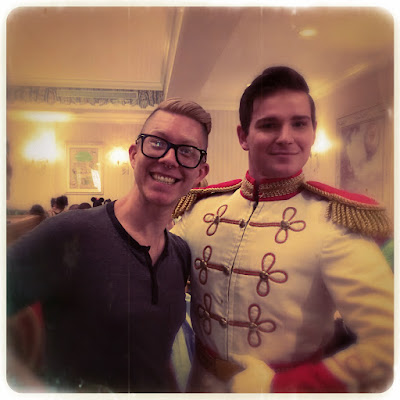 The characters roam from table to table.  Don't worry, the characters will each make their way to your table in due time.  Our experiences at character buffets has always been good, and we never feel rushed with the characters. 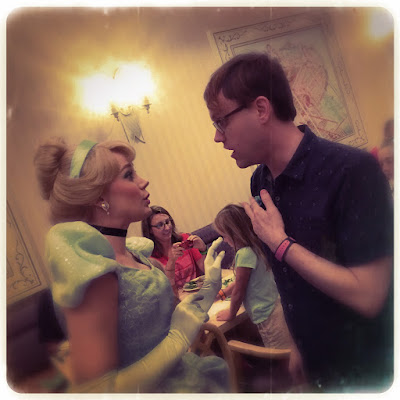 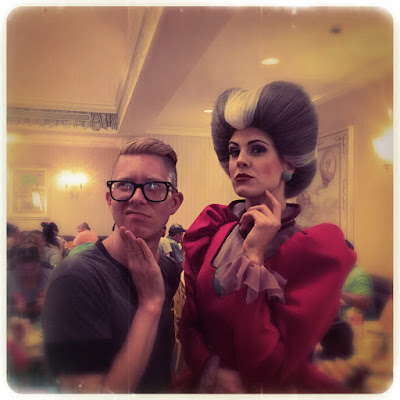 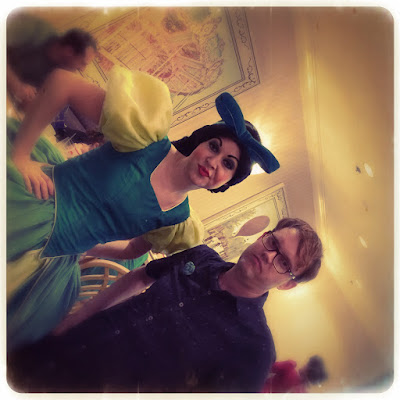 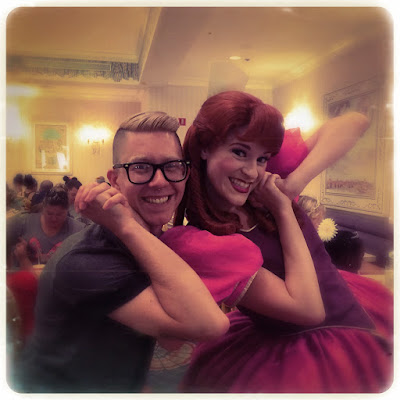 I'm glad we finally ate at 1900 Park Fare...just so I can mark it off my list. The food is fine, and you will leave stuffed, but there is nothing special here. We probably won't be returning until we finish our restaurant list, or until the menu gets a big update.  Though it is a totally acceptable character buffet, there are other better options nearby. I'm looking at YOU Crystal Palace!