That Time We Predicted Thirsty River Bar At Animal Kingdom...And Them Rambled On About It.

There is a segment on Disney Hipster Podcast called Hypothetical Question Dejour Of The Day, in which we are offered a question (sometimes ridiculous, sometimes realistic) and are allowed to creatively answer, no holds barred.  A lot of time these questions are along the lines of, If you could redo this space, what would you do? 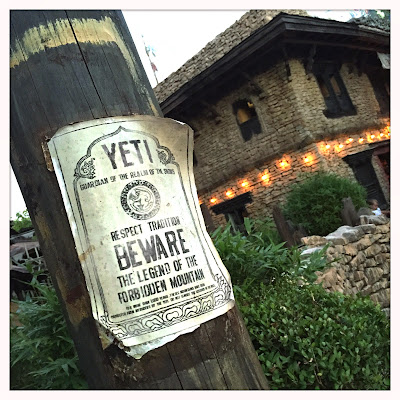 Apparently I have no actual photos of the space...whatevs.

A few months ago the hypothetical question was: If you could do anything at all with the former Fastpass kiosk area near Expedition Everest, what would you do?  Adam's answer was by far the groups favorite.  Simply serve different flavored cotton candy, and call them "Yeti Furs."  You know this would have been an immensely popular cult food item.  I went a more traditional route, and my mind drifted towards booze, as it often does.  I thought the space was perfect, albeit small, for a bar.
Well guess what folks?  That space is just around the corner from opening as a bar.  It is doubtful that the space will offer seating, which is super unfortunate.  I'd love to hunker down in Annandapur with a beer, listening to the screams from nearby Expedition Everest.  However, if this is going to be strictly a grab and go bar situation I hope in my heart of hearts that the menu is at least somewhat inspired. 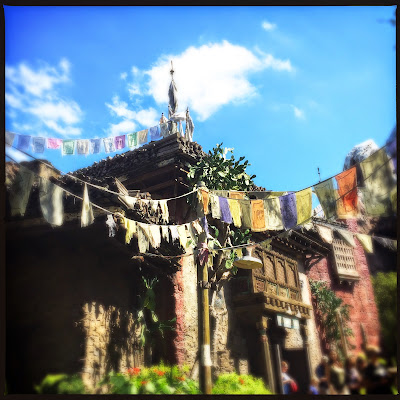 Lately a few decent beers have popped up in Animal Kingdom.  Key West Sunset Ale, and the now ubiquitous Maduro are found over in Dinoland, while Harambe is serving up I-4 IPA along side the African lagers at Dawa Bar.  Most importantly, Yeti from Colorado brewer Great Divide has been seen off an on at drink carts in Asia.
There are different varieties of Yeti brewed throughout the year.  Espresso Oak Aged, Chocolate Oak Aged, Oatmeal, and Oak Aged.  These beers are NO JOKE and seriously yummy.  I'd love to see them at the new Thirsty River bar along side Asian beers.  Obviously I'm not an expert on Asian beer, but I'd like to see a variety beyond Asahi, Sapporo, and Tsingtao.
Crafting cocktails to the theme of the area isn't quite as hard, and I'm sure there will be some fun/overly sweet drinks to be had.  If I had to guess there will be a drink called Shadow Of The Mountain, which will be Van Der Hum Tangarine Liquor, black cherry whiskey, Minute Maid lemonade, and a splash of Sprite...and some kind of foam. (this is basically EVERY cocktail on property.)

Anyway, I really don't know the point of this post other than to ramble on about something I'm actually pretty excited about.  This space should be opening up at Disney's Animal Kingdom any day now!  Lets get excited together!  Send your ideas to us over on Twitter!