We have a running list of restaurants at Walt Disney World that we have never been to.  Over the course over the last eight years that list has dwindled down to ABSOLUTELY LAST RESORT kind of places.  We have managed to avoid many restaurants strictly based on bad word of mouth from the Disney community.  This community however tends to be wrong about basically everything.
Nine Dragons at the China pavilion at Epcot is one of these restaurants. It has garnered some of the fiercest most vocal opinions in the WDW hemisphere.  And, like most of those types of restaurants...we kind of really liked it. 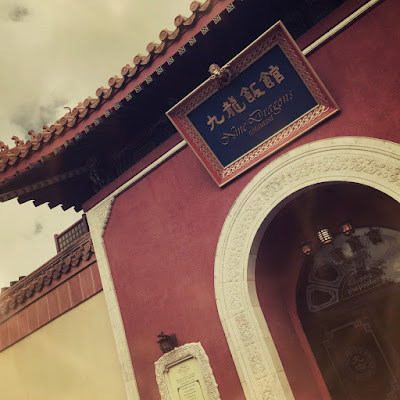 Whether you have eaten at Nine Dragons or not, you have seen it.  Nestled right on the promenade of World Showcase this place takes up some serious property in the China pavilion. It's enormous.  There are plenty of huge windows along the walkway as well, allowing passerby's a good glimpse inside. 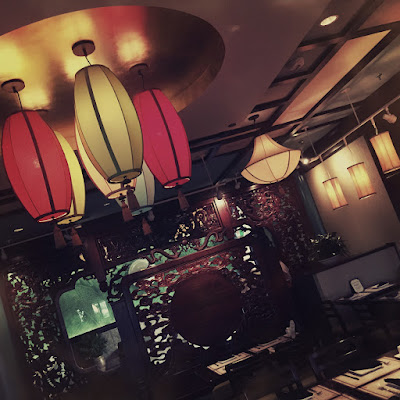 The interior is gorgeous.  Think about your favorite sit down style Chinese restaurant, and elevate the decor times ten.  Rife with different colored paper lanterns, intricate dark wood sculptural details, and plenty of artwork flank the walls.  The pale cast of the lanterns imbibe a soft glow, and even during our midday lunch the restaurant was nice and dim.
Also of note is the wonderful background music loop playing in the restaurant, which is different from the rest of the pavilion. Soft and pretty, and unobtrusive. 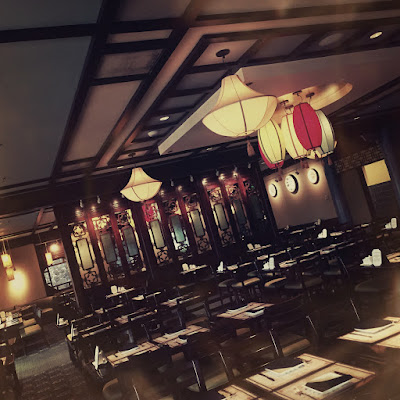 We had heard from people via Twitter that some stuff on the menu appears to be vegetarian based on the menu description while they're not in reality. However, we spoke with the chef about our selections and they were all confirmed as vegetarian. 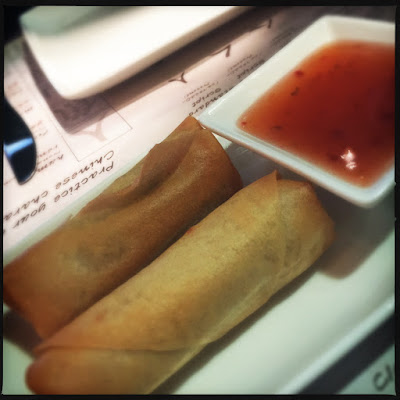 You guys know I'm a sucker for egg-rolls, which I eat basically every chance I can.  However, I am equally in love with spring rolls.  With that said, the only note I took at the time of this meal was basic bitch.  If I refer to something as a basic bitch it implies nothing special at all, but also not bad.  In this case there were two spring rolls which came with the standard sweet chili sauce. 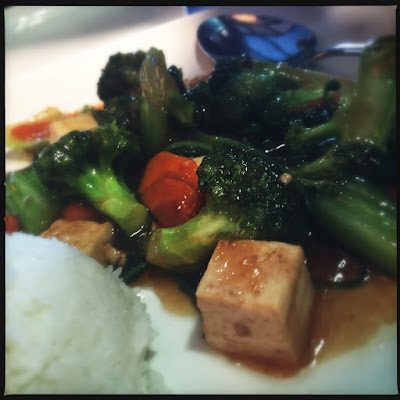 In true Disney restaurant tradition there is only one vegetarian entree. In this case a vegetable tofu stir fry.  This was covered in that ambiguous and ever present brown sauce.  Vaguely garlicy, and salty and yummy.  The tofu isn't fried, but isn't the super soft kind either.  Really phenomenal texture all around including the broccoli which had a nice crunch to it.  Don't get me wrong. I need to emphasize that this isn't the greatest Chinese broccoli and tofu dish you'll have, but if you're craving a veggie heavy dish this will hit the spot for sure. 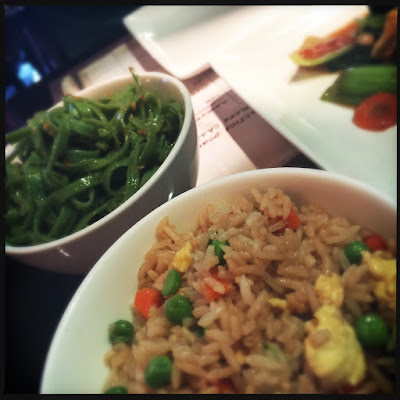 We also ordered the side of fried rice and garlic spinach noodles.  The rice isn't even worth commenting on, cause... meh.  HOWEVER these garlic noodles a super delicious.  They're basically just green linguini that are coated in oil and TONS OF GARLIC.  The flavor is intense and amazing and I would seriously consider ordering two of these as my dinner.   Garlic. Noodles. Forever.

The moral of this story is: don't just listen to other peoples opinions in the silly Disney community.  Go out and try things for yourself.  It turns out that we really enjoyed both the atmosphere and food at Nine Dragons.  No, its not the best Chinese you'll have...but it suits the bill when you're craving Chinese food.