This is a now...or maybe never kind of post.  The fate of ANYTHING on this side of Disneys Hollywood Studios is totally unclear at this point, considering the massive overhaul about to take place.  My guess is that the Writer's Stop will close sooner than later. So heck, lets take a look around and submit this to the archives. 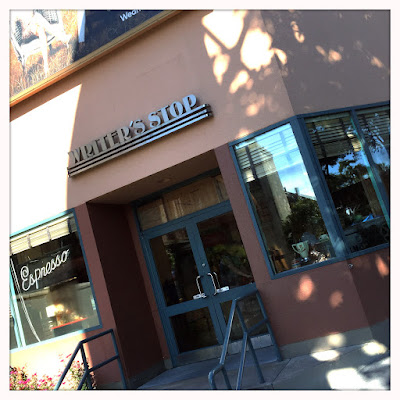 Writer's Stop is located on the Streets Of America in the back of DHS.  The location is not terrific, to be honest, and if you're not familiar with the odd park layout it can be hard to find.  But for those of us who have been subjected to this park for years it was was our stop for coffee prior to the opening of Starbucks along Hollywood Boulevard. 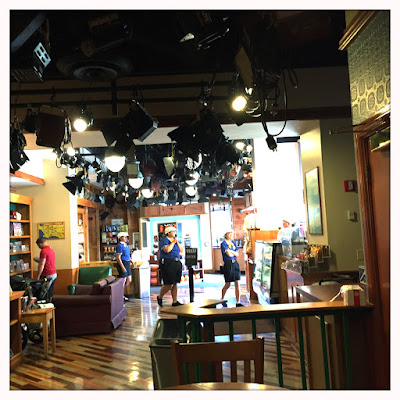 The interior is old school Hollywood Studios, exposed industrial lights and all.  I don't know how this isn't annoying, but it isn't. 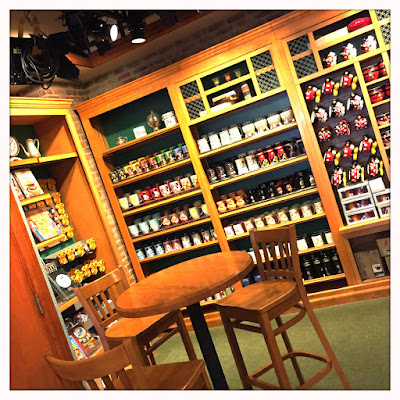 The space is very small, but reads as cozy as opposed to tight.  Here a few high top tables and a few cushy chairs mingle among merchandise. 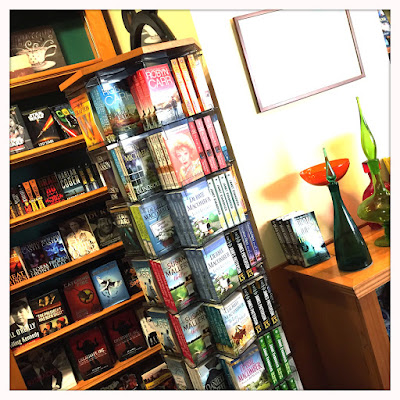 True to its name, there are also a weird assortment of books sold here as well, including some beautiful Disney related coffee table books that are always fun to look at. 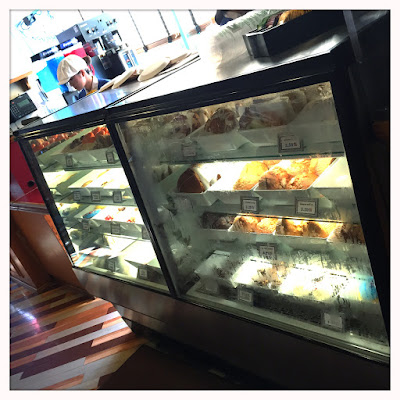 The food selection here is pretty basic.  Lots of "Disney Standard" baked goods.  If you've ever had a cupcake, cookie, or danish at a Disney run location that is what you should expect here...and I'm not a fan at all.
A lot of people will be quick to point that The Writer's Stop is home of the carrot cake cookie. In certain circles this cookie is as famous as our beloved school bread, zebra domes, or tipsy ducks...but it really doesn't do anything for me.   Its enormous and waaaaaaaay too sweet.  Its worth trying if your interested in the hype, and also have five friends to share it with. 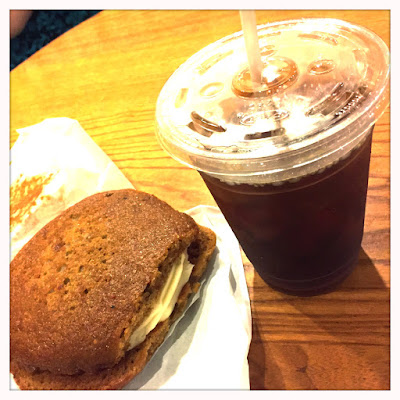 Until recently (with the opening of Starbucks...) The Writers Stop was your go-to coffee spot at DHS.  The coffee menu remains, but isn't all that great.  They make a decent, unsweetened iced coffee, which is rare in the parks outside of Starbucks.  Most Disney run locations have either a sweetened or lightly sweetened option, both of which are sickening.  Can you tell I don't care for sugar all that much? 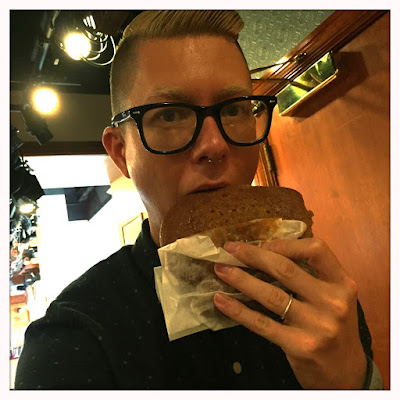 I thought it would be an exercise in archival blogging to look at this tiny nook of Hollywood Studios for a bit, considering its unknown fate.  I definitely have fond pre-starbucks memories here, and will be sad if it leaves...but it will be worth it to watch all the fangirls freak out with #savecarrotcakecookie