Mary Blair was famously part of El Grupo, Walt's team of artists sent on a goodwill tour of South America in 1941.  This talented group was to seek inspiration for a Latin America based film, and document what they found.  This was early in Blair's history working for Walt, and the subtleties of her distinctive style have yet to be buffed out.  However the work is as lively and colorful as you would expect, with obvious hints as to what would her future output would reflect.
Enjoy three pieces from Saludos Amigos and one from The Three Cabballeros. 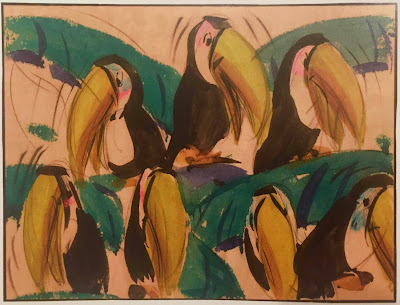 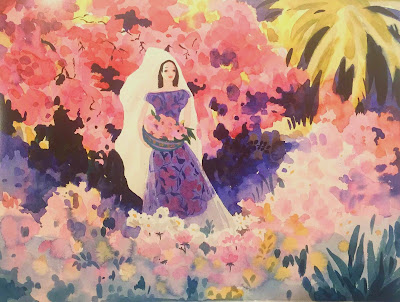 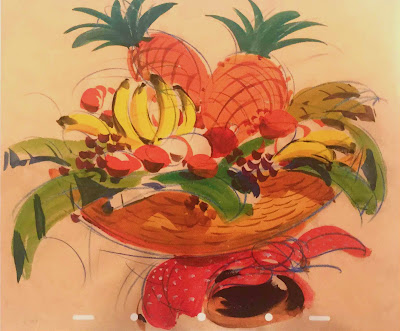 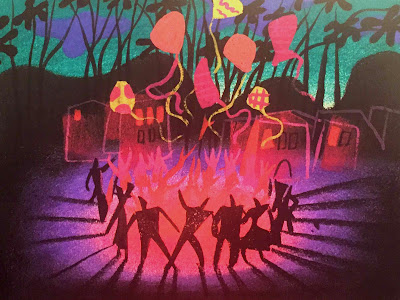 Its very weird to see such muted pieces from Mary Blair as the first three images! I know "muted" is relative clearly, but for her these were downright dull! The last piece, from the Baia portion of The Three Cabballeros is clearly the most reminiscent of Mary Blairs later, more well know style.  I can picture the background of this piece as scenery from It's A Small World...in fact, I wish it was one!