I had an absolute blast curating Harambe Week, and even more fun sharing everything with our readers.  In the end I come out appreciating this amazing land even more than I already did.  While the "original content" portion of Harambe Week is over, I wanted to end with a link dump of Harambe posts of yesterday.  Take some time out of this beautiful Saturday to enjoy some well themed goodness. 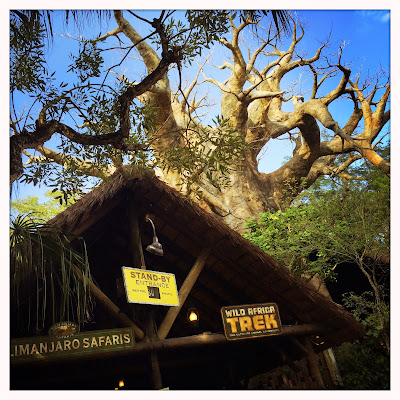 - Recently we took a bathroom break in Old Harambe.  These bathrooms are busy but I still love them.

- November of last year we celebrated some of the signage and posters of New Harambe! These are beyond amazing, and definitely add to the "gritty" nature of the land.

- Muziki is on often overlook gem of theming in Harambe.  At least it gets a little more love due to Wilderness Explorers.

- There is at least one "fruit market" in every Disney park...but the Harambe Fruit Market is by far my favorite.  PLUS they have elephant ears. 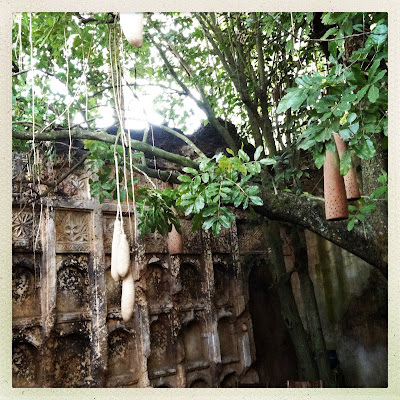 - Back in January of 2013, long before the Harambe expansion, we explore what remains the most tranquil space in the entire park...and pay close attention to the Swahili plaster carvings.

- We would be horrible bloggers if we didn't include the original awesome posters of old Harambe.

- There was little talk of Pangani Forest Trail this week...but that doesn't mean we don't love it all the same!  Lets look at some bones!
Posted by Adam and Andrew at Saturday, October 17, 2015