Some Things I'm Looking Forward To At Walt Disney World

Not counting a 10 hour jaunt at WDW after our January cruise, we haven't REALLY been to Walt Disney World in almost a year.  I'm not complaining.  We went on an amazing seven night Disney Cruise, and spent more than a week at Disneyland.  Clearly my life is awesome.  However, I'm at my breaking point and miss Walt Disney World SO MUCH its starting to hurt.
Luckily for us we will be visiting the resort in just over a week, indulging in all of the things we miss about our favorite place in the universe. (Tipsy Ducks In Love keeps coming to mind for some reason...)
A lot of things happen in a year, big or small, better or worse, change happens at Disney World, and I'm looking forward to quite a bit.  I know most of these things are old news...but this blog isn't known for breaking news. (or is it?) 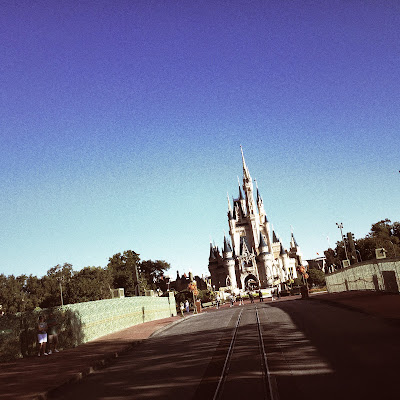 This past October there were still walls everywhere. :(

I can't wait to see the great progress the re-imagined hub of the Magic Kingdom has made.  I know that it isn't quite finished yet, but the majority of the work is finally over.  On our last two visits to the park the wonderful vistas of land that we are all used to were cutoff by long stretches of contraction walls...not to mention various sections of empty moat.   Since our last visit the oft celebrated "lawn areas" have opened, and look phenomenal in pictures.  I'm seriously looking forward to spending time here, especially now that Mary Poppins is meeting here. 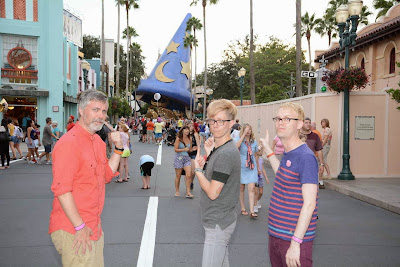 One thing that we knew was happening during our past October trip, but had yet to get underway was the removal of the sorcerers hat at Disney's Hollywood Studios.  Clearly this makes us very happy, and it'll be a joyous occasion the first time we walk down an unobstructed Hollywood Boulevard.
Two new in park Starbucks locations opened since our last visit. The Trolley Car Cafe at Hollywood Studios, and Creature Comforts at Disney's Animal Kingdom both seem wonderfully themed, and I'm sure will be upgrades from the previous tenants.  I'm especially looking forward to the Animal Kingdom shop...as the previous Creature Comforts layout was pretty lame, and we hardly ever ventured in to that uninspired shop. 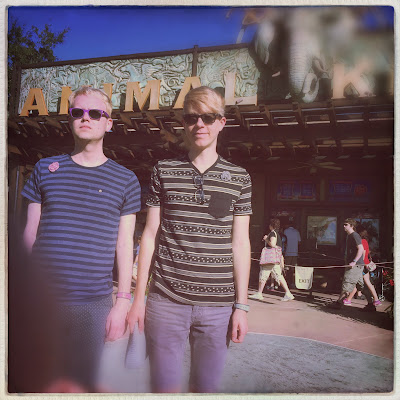 Your just going to have to deal with this random picture of Adam and I...like I said,
WE HAVENT BEEN TO HARAMBE MARKET YET!

Speaking of Disney's Animal Kingdom!  Hurrah!  Harambe Market has subsequently opened since we last spent time at our favorite park!  Even though we knew about this project long ago, thanks to our friends at JamboEveryone.com it will be super exciting to finally explore the area.  No amount of pictures seem to coordinate my bearings, and it'll be neat to see how close my idea of the area is to reality.  Plus, Harambe Market has recently added a veggie friendly option, so I'll actually be able to eat something.  What a relief.

Obviously a lot more has changed in the last year.  Tons of new food and drink offerings (including Trader Sams!), ride refurbs, and the like.  It will be so much fun to spend our trip getting to know these new experiences and welcome them (or not...) into our lives.  We plan on sharing our trip in real time, via social media as we do EVRY trip.  So make sure you're following along, especially on Instagram and Twitter.
Posted by Adam and Andrew at Friday, September 04, 2015