Often times while at Walt Disney World we visit restaurants with the explicit intention of reviewing it on this blog.  This involves taking pictures of both the food and restaurant...while making a few notes via my iPhone so that I don't forget the details.  On this trip, for instance, we visited The Plaza, Kona Cafe, 1900 Park Fare, and La Hacienda with these intentions.   However, just as often, we randomly grab bites to eat around the parks because...well...because we're hungry.
Its these instances that I don't tend to grab great photos or take notes. A big reason for this is because its hard to write an entire blog post about a single snack.   So dear readers, here is a roundup of some random things I ate at Epcot over the course of our trip... 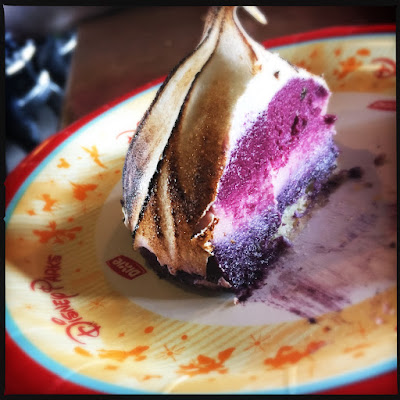 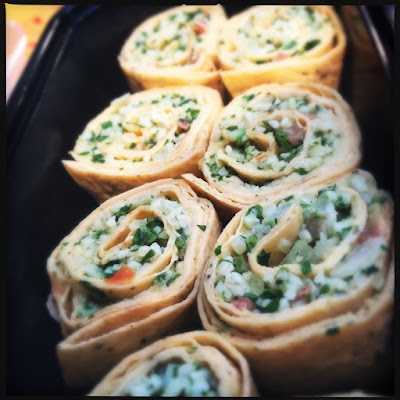 These dear readers are tabouli pinwheels.  They can be found at Sunshine Seasons in The Land pavilion.  This counter service restaurant has always had a great reputation for a high quality and diverse menu.  However, you must STAY AWAY FROM THESE PINWHEELS.
These were the single most vile things I've ever eaten at Walt Disney World...and that includes the veggie sandwich at Cosmic Rays.   I like the idea of these pinwheels a lot, but something about them was off.  In turn, I had a tummy ache for a few hours after eating them, and have heard similar complaints from people suffering the same fate.  Yuck. 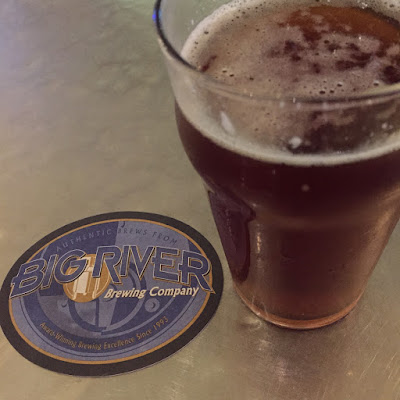 I know Big River Brewing Company isn't in Epcot, but we're still pretty close.  Considering the fact that I just got one beer here, I figure I'll probably never write about my experience in a dedicated blog post, so better now than never.
Adam and I went for a stroll along the boardwalk resort area while we were waiting for Illuminations to start a few hours later.  We didn't really plan on stopping anywhere in particular, so when we passed Big River it seemed like a great time to visit.
We had never been inside, and were surprised at how small the space was.  I always pictured the inside much larger.  Regardless, we were able to sit at the bar and I thoroughly enjoyed the IPA that was available. (and apparently one of their tentpole beers...) The atmosphere isn't all that charming, but the bartenders were terrific.  I'll probably stop back in from time to time. 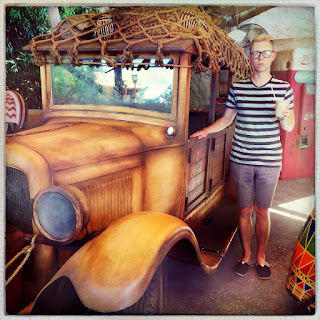 On our last day at Disney World we were making our traditional "lets slowly stroll around World Showcase and pretend that we aren't leaving in a few hours and please ignore my tears" visit, when I found myself ordering a Frozen Elephant from the Refreshment Coolpost.  This is a frozen beverage made of Amarula cream liquor and Coca Cola.  This combination has intrigued me since I learned of its existence.  Let me tell you, this thing was absolutely delicious. It is basically a creamy, boozy, slurpy...carbonation and all.  And just like a slurpy, it was gone before I knew it.  If you're looking for a drink to catch a buzz on, this isn't it.

I hope you enjoyed this random food roundup thing.  Can you tell I never planned on writing about them?  Hey, at least I had some bad pictures to share!  An for the record, the berry thing from Norway was actually very good...but still not a school bread.