Earlier in the week we reviewed our beloved Rancho Del Zocalo in all its sloppy Mexican glory.  In fact, this is one of the few restaurants in any Disney park that we don't have anything bad to say about.  Sticking with the Rancho love this week lets take a closer look at one of my favorite Disney Hipster Blog tropes...bathroom signage. 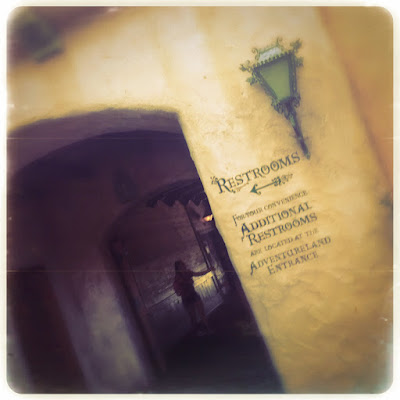 First of all, these restrooms are phenomenal.  Located in the short walkway between Rancho and Fantasy Faire, these tend to be on the quieter side.   The signs are only vaguely "Frontierland."  I mean, it looks like the man is wearing a bowler hat...which could be Frontier-ish, I guess. 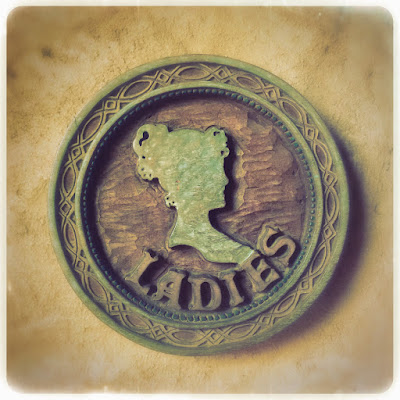 I appreciate the texture of these a lot.  Obvious thought went into them...but they are interchangeable with any Frontierland restroom. (if there was more than one, which I'm pretty sure there isn't.)  These would also fit in nicely at Tortuga Tavern at the Magic Kingdom. 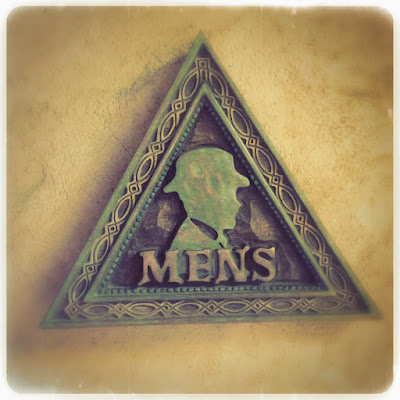 Yes they're really well done, but it would have been nice to see something directly referencing Rancho.  Maybe if the man was wearing a sombrero and holding a taco?  All jokes aside, I'm sad that "Rancho week" is over because I really don't see myself writing about this restaurant again until we go back to Disneyland.  Memories though. Sigh.