This week one of my friends from work brought me a super amazing gift.  A set of ten Disney World postcards from the early 1970's that he found in a photo album of his grandmothers.  First of all, wow...thats super generous and I'm so glad he thought of me first, second of all, these postcards are full of faded yellowy 70's deliciousness.  I basically love them. 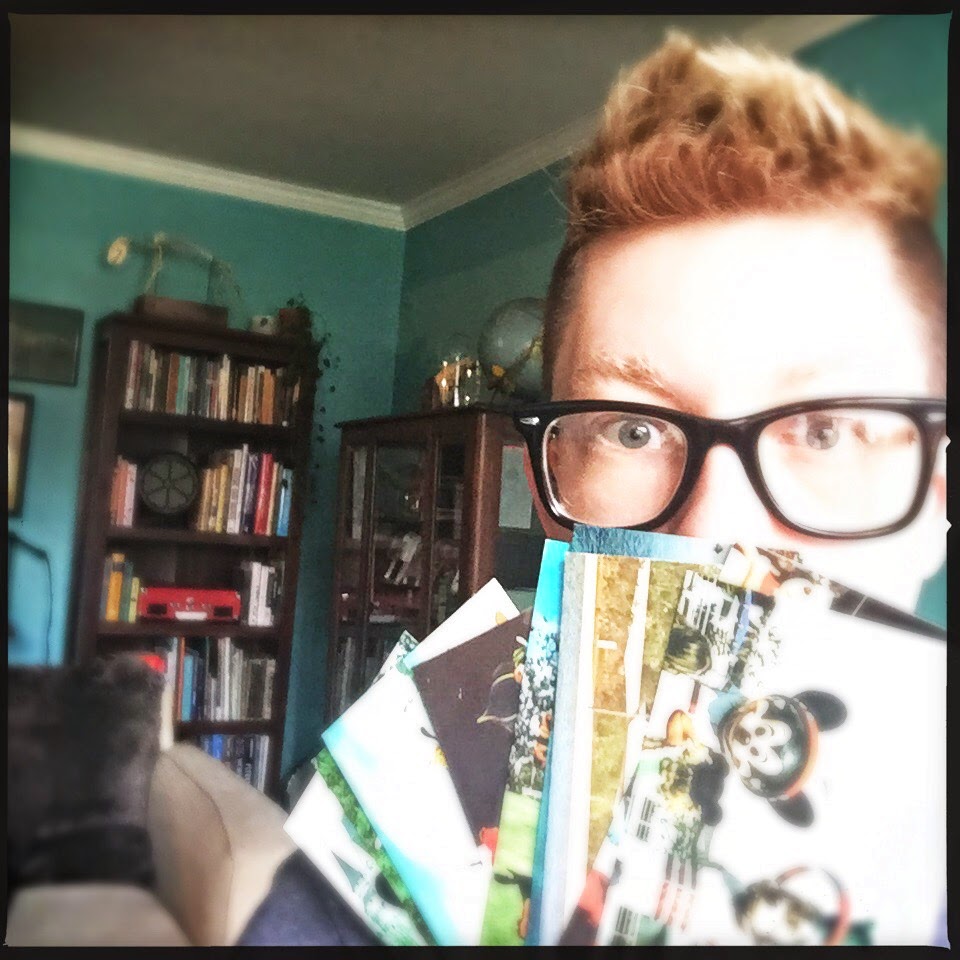 Can you tell I just woke up, and am writing this post last minute?

There were ten postcards in all, but in the spirit of lazy blogging I'm going to break them up into two blog posts.  You'll have to wait until next week to see the rest.  I know a lot of these images are iconic press photos from the parks early years, but there are a few that I had never seen personally.  Enjoy the vintage awesomeness. 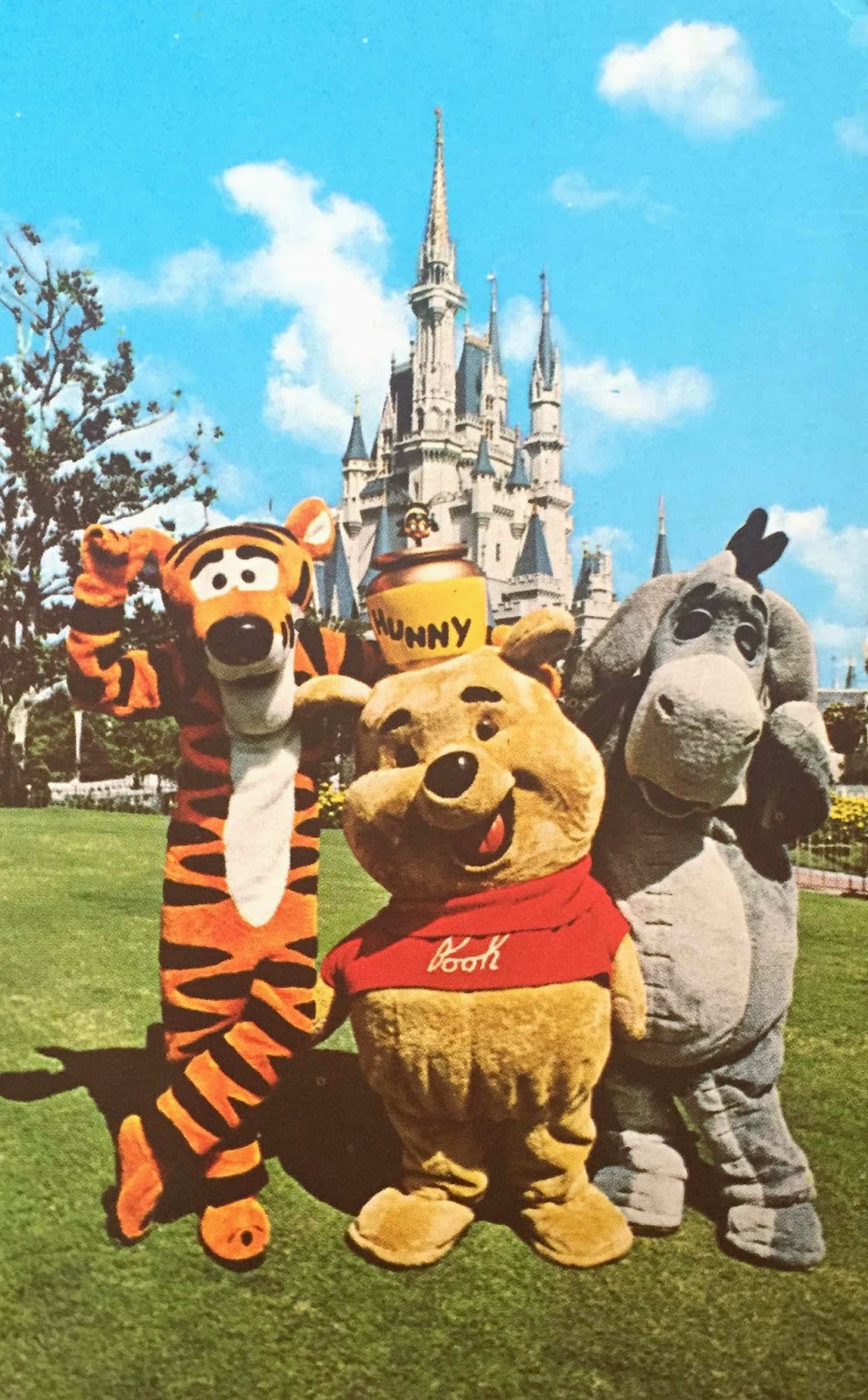 Hunnypot Pooh is so much more cuddly than modern pooh. Its funny how
the others didn't evolve as well...Tiggers color remains awful and out of place. 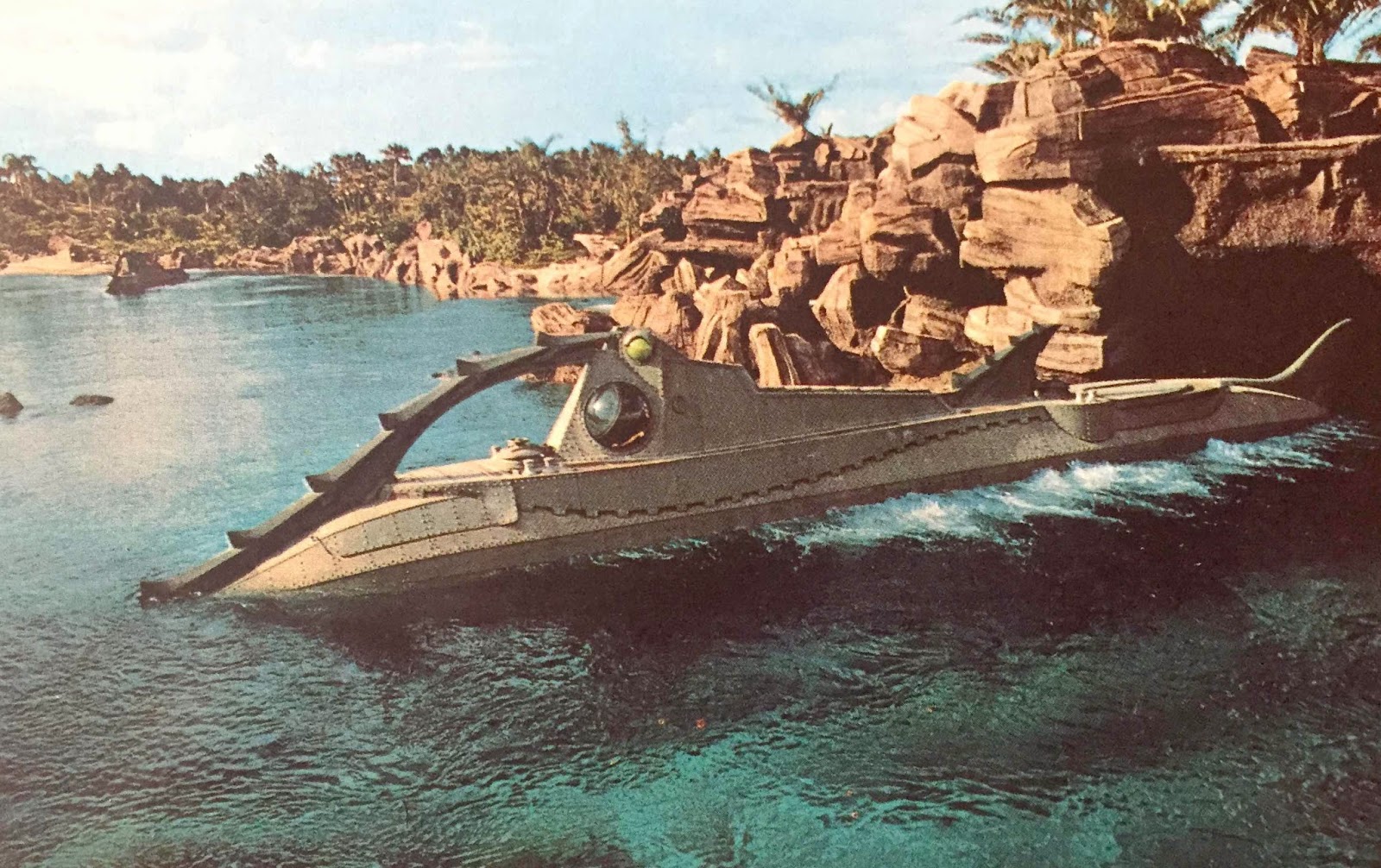 20,000 Leagues sub shot. I never actually went on this since it closed
while my family were still "Disneyland People." 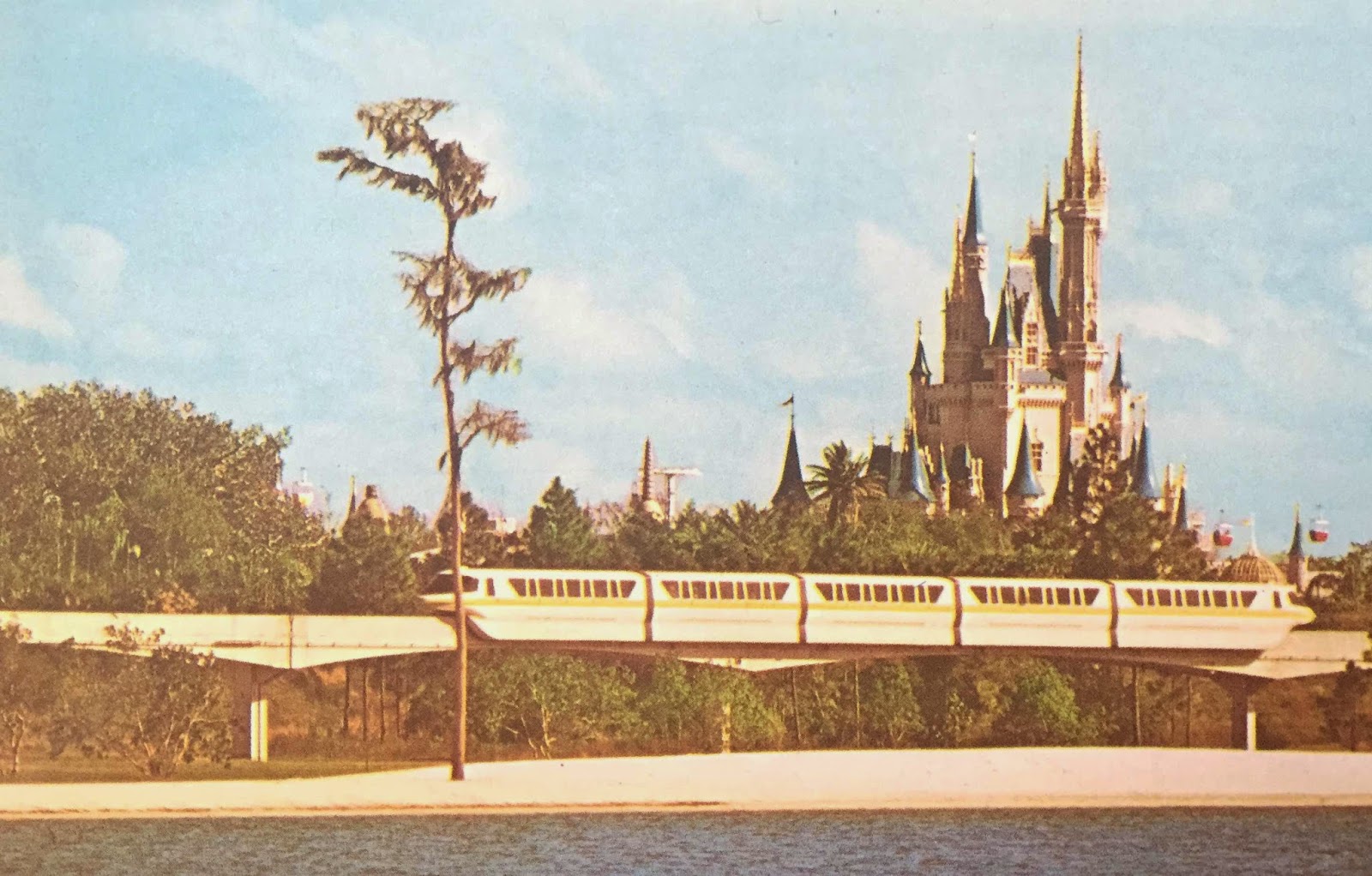 By far my favorite shot of the bunch.  WDW were  so proud of their
new monorail fleet.  Its sad that the same isn't true today. Also, the lone
pine tree is everything. 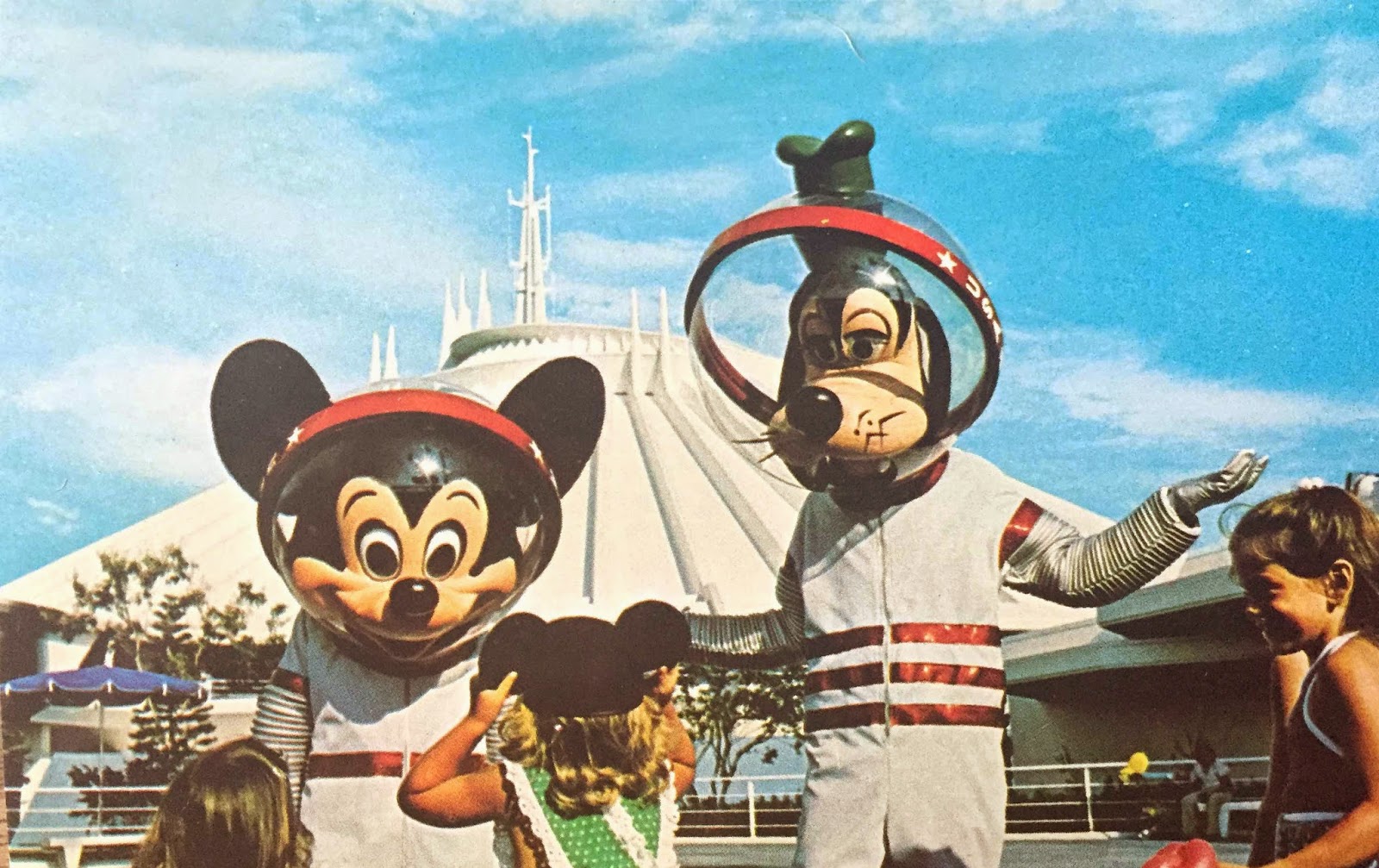 Is there any reason these meet and greet characters aren't still around? I'm actually guessing the
arcade next to Space Mountain will be converted to a meet and greet location... 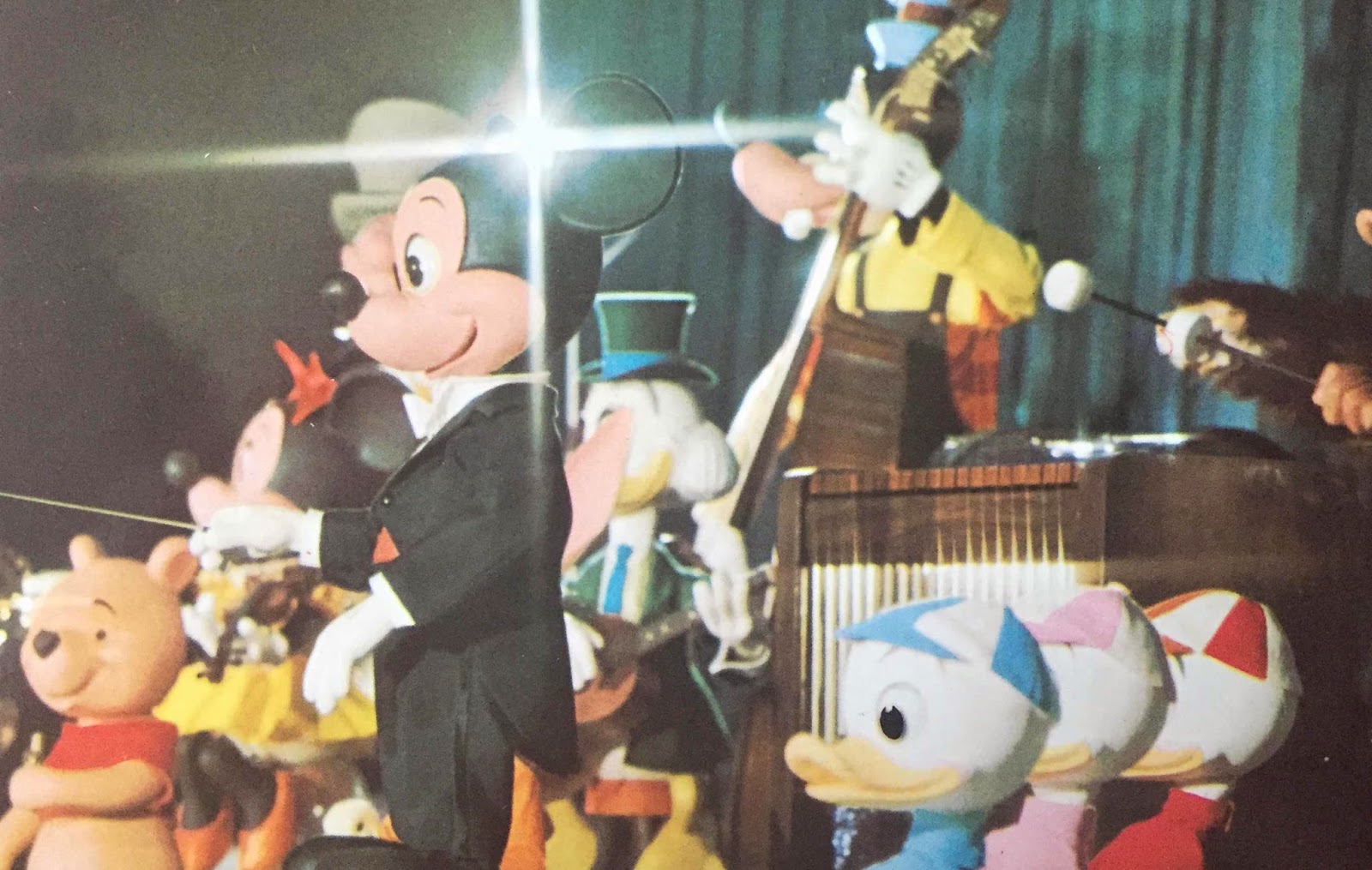 Mickey Mouse Revue another attraction I've never seen.  After shuttering in WDW the
attraction was moved to Tokyo Disneyland where it ran until 2009.  I highly recommend watching
footage on Youtube.  What a charming attractions.

Aren't these postcards super charming?  I think some of the layouts are so bizarre! Whats with the solo pine tree? Or the lens flare in the last image?  Truly weird.  Anyway, happy passover/easter everyone! I hope you enjoy your (long?) weekend...