Towards the end of a lengthy Walt Disney World vacation we're often at a loss for things to do.  Its not that we can't visit Epcot again or eat at Sanaa again...its that we start to get slightly restless.  Its in these moments of desperation (I use that word lightly, because its Disney World after all...) that we venture off into unknown corners of the World.
During one of these fits of boredom that Adam and I enjoyed a visit to Port Orleans Riverside in October.  We had stayed at French Quarter before, but never took the short stroll to explore the expansive other side of Port Orleans.  The resort is super charming indeed.  We spent the better part of an hour riding bikes around the various neighborhoods, exploring the pools, and circumnavigating the Sassagoula River.  Overall, we kind of fell in love with it.
Here is one tiny highlight of the whimsical theming of the resorts main shop Fulton's General Store. 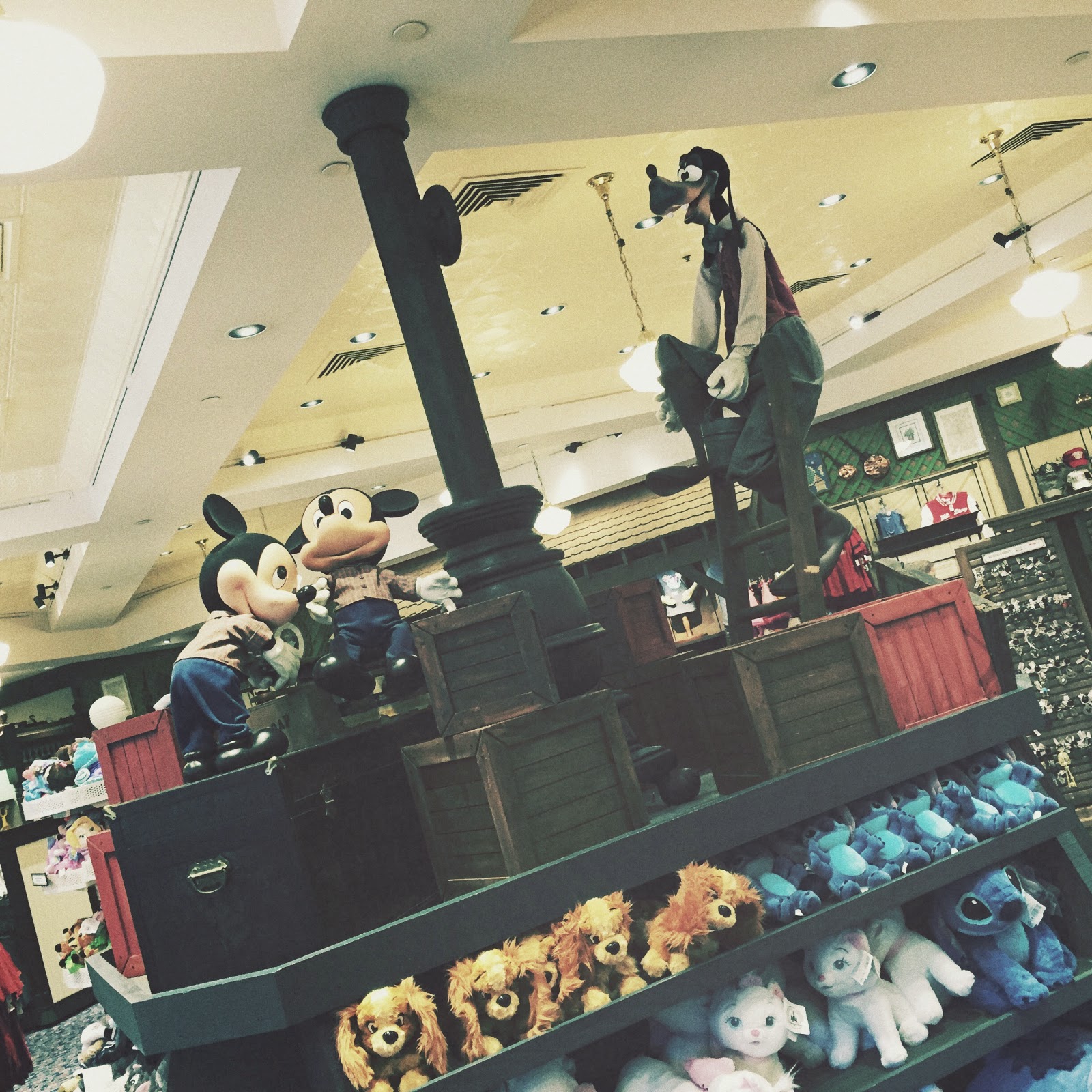 These merchandise toppers are super cute, and show the mischief of the younger generation. Seems fitting in all Disney resorts, no?  The characters are dressed in period clothes, and at least TRY to stick with the theme of the store.  I don't tend to mind the use of characters in a situation like this where they're not to in your face. 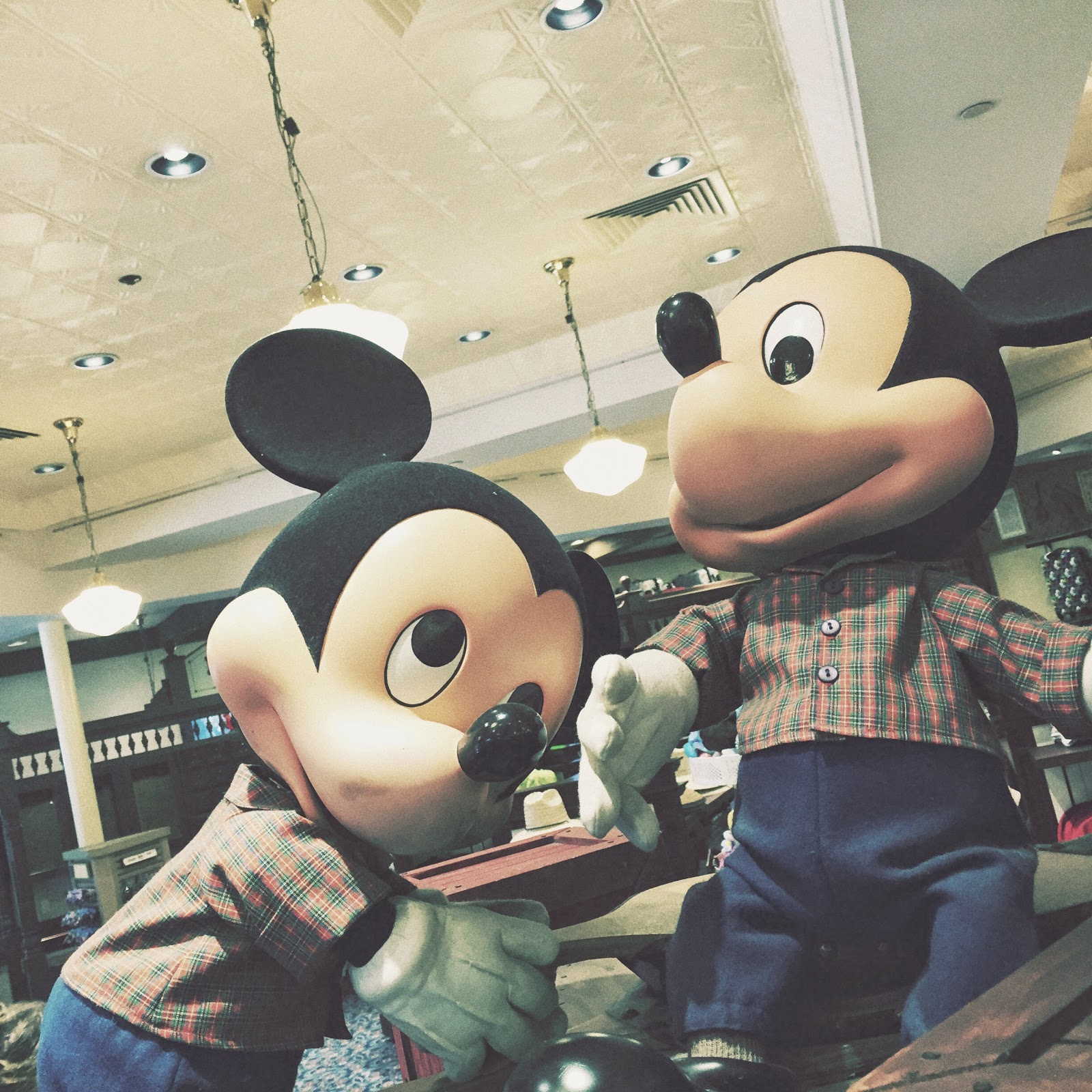 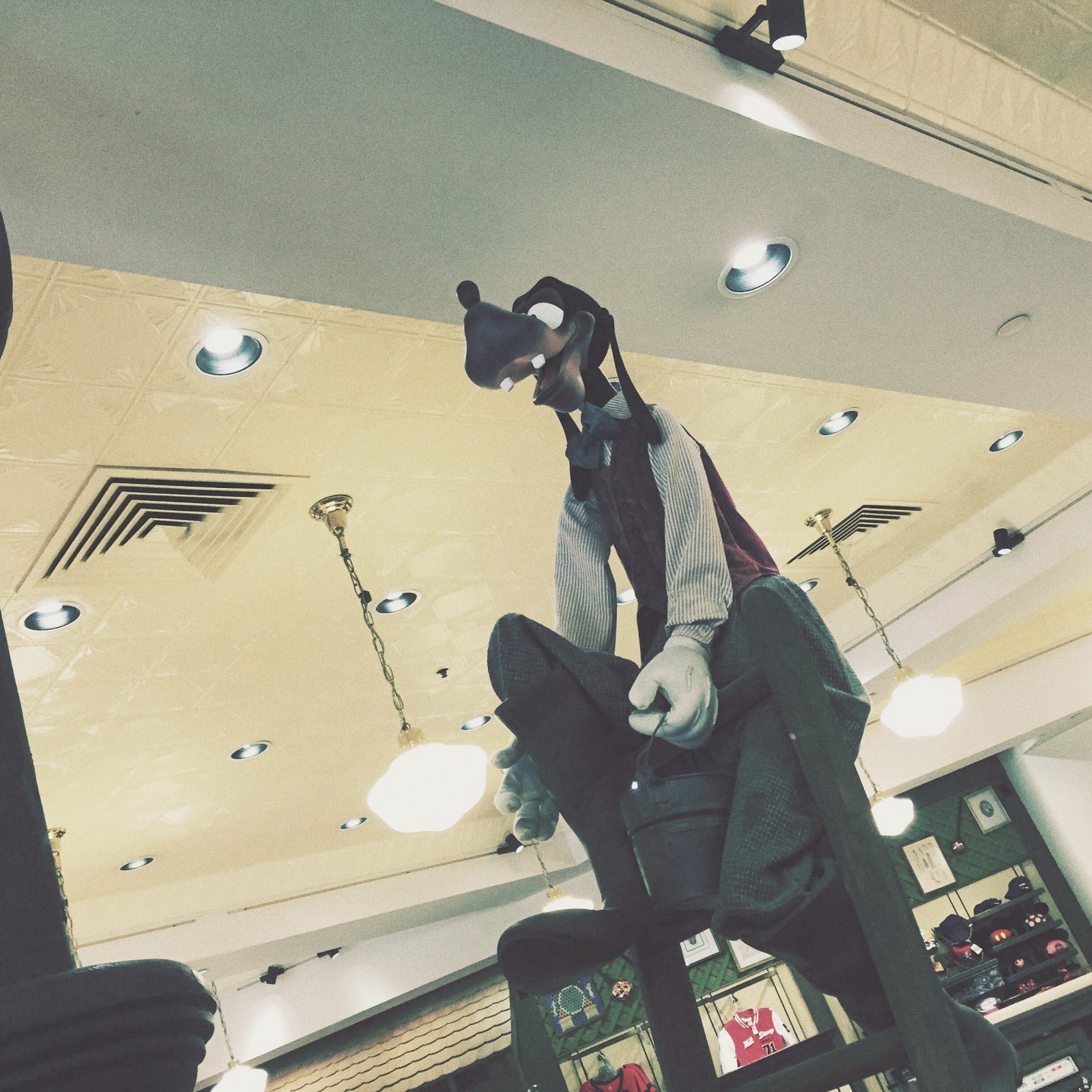 The best thing about these little nuggets?  They move! Albeit very slowly, and with limited motion. But hey, if I'm going to complain about one thing today its not going to be merchandise toppers.  I will include a video I found on youtube towards the end of the post. 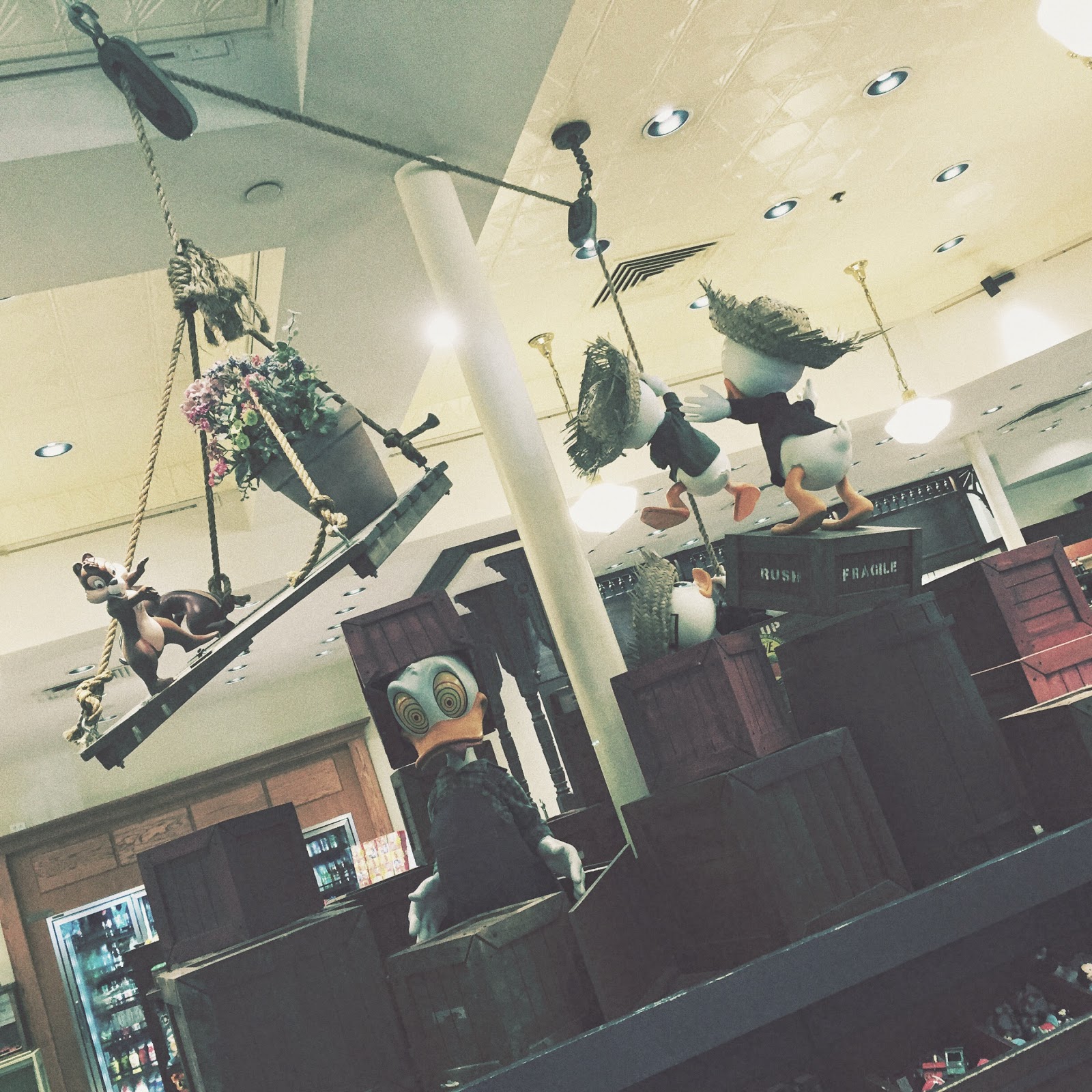 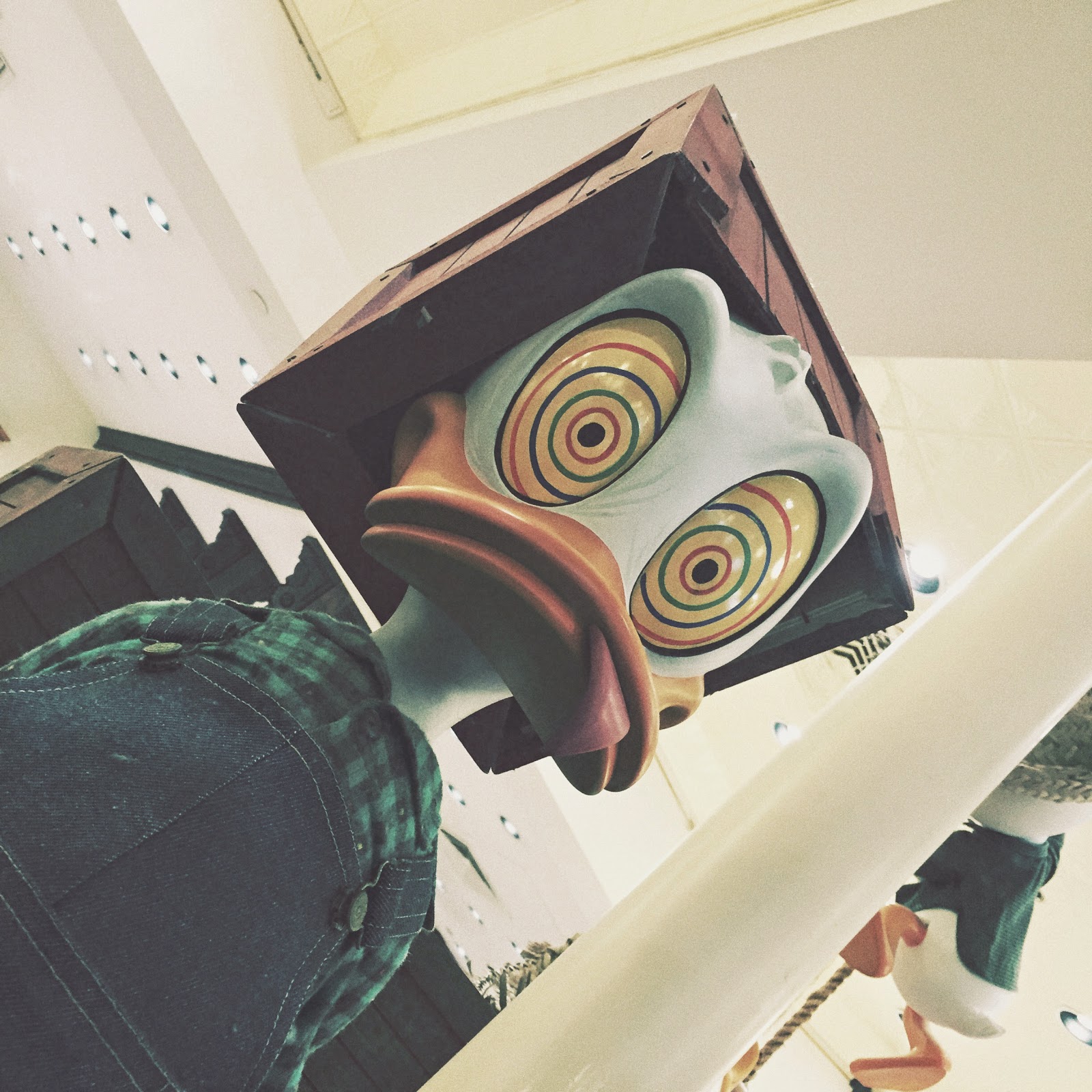 Donald's eyes remind me of a crazed Mr. Toad. 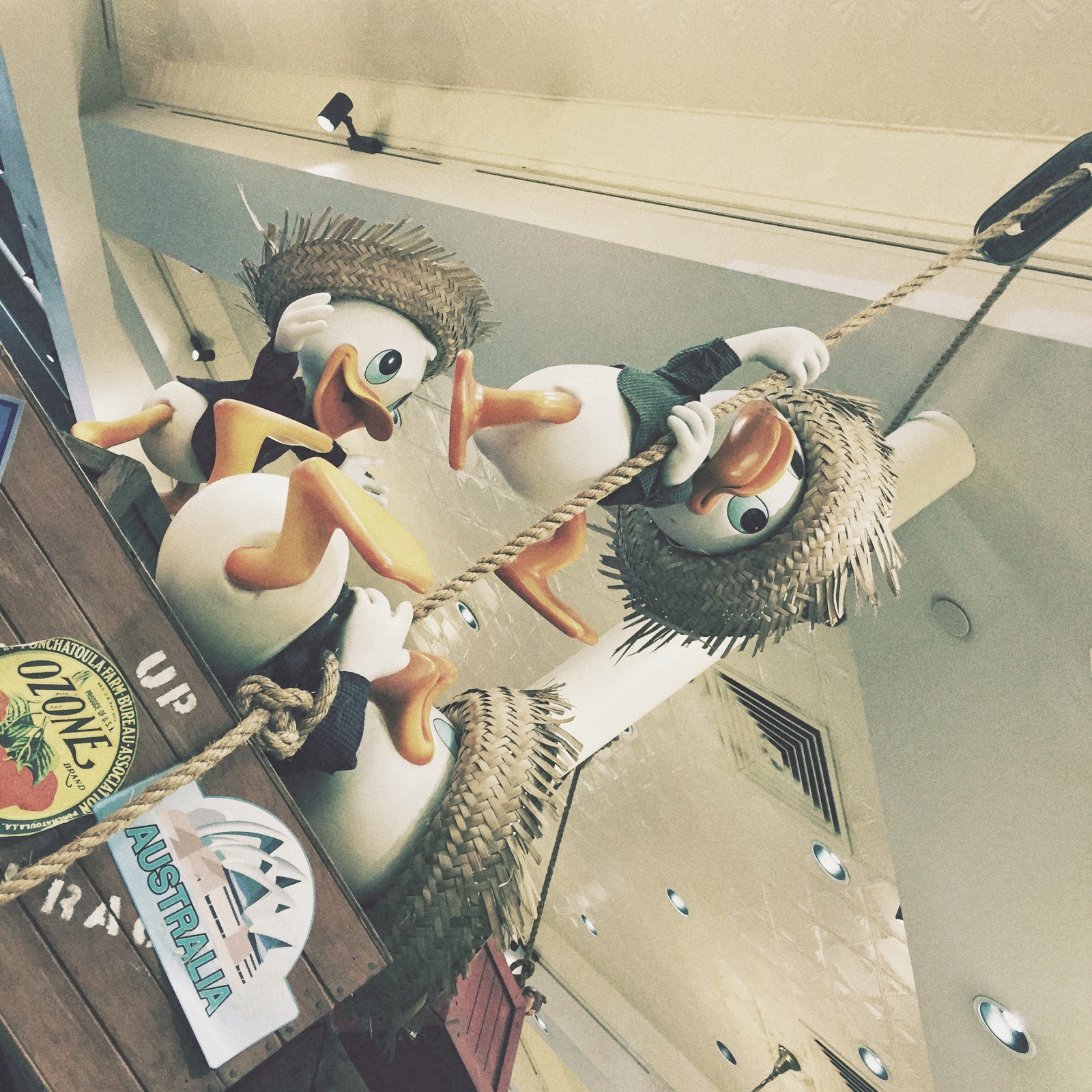 Imagine that these characters aren't Disney canon for a second...dont these scenes seem like something hidden in the Marc Davis archive?  Maybe thats a stretch, but they are super adorable and make an otherwise lackluster store a little bit more fun.  Bellow is a video which includes them moving...

What is your favorite store at Walt Disney World? Is it because of the design or merchandise?  Or is it a nostalgia thing?  Let us know over on Twitter or Facebook!   And don't forget to follow us on Instagram too!
Posted by Adam and Andrew at Friday, February 20, 2015