The scattered junk found at Disney's Animal Kingdom is basically my favorite thing in the world.  These battered props add a detailed lived in richness to the park.  The focus here is usually the Africa and Asia sections since these are tangible actual jumping off points for inspiration.  Don't get me wrong, Dinoland USA has an abundance of reappropriated refuse.
I'd be seriously hard pressed to find a detail in either Harambe or Anandapur that I don't love, but the bicycles of these areas are getting our attention today.  Prompted by Disney Hipster Keith's love of one particular bike, I made a quick lap around the park and snapped a few pictures.  Before I share these pictures I would like to mention that these were taken as part of our marathon 10 hours at WDW last Saturday. SO, in an effort to keep on schedule (and this NOT being part of the schedule...) I was rushed and I'm pretty sure I'm missing at least one bike...but whatever, I'll share those one day. 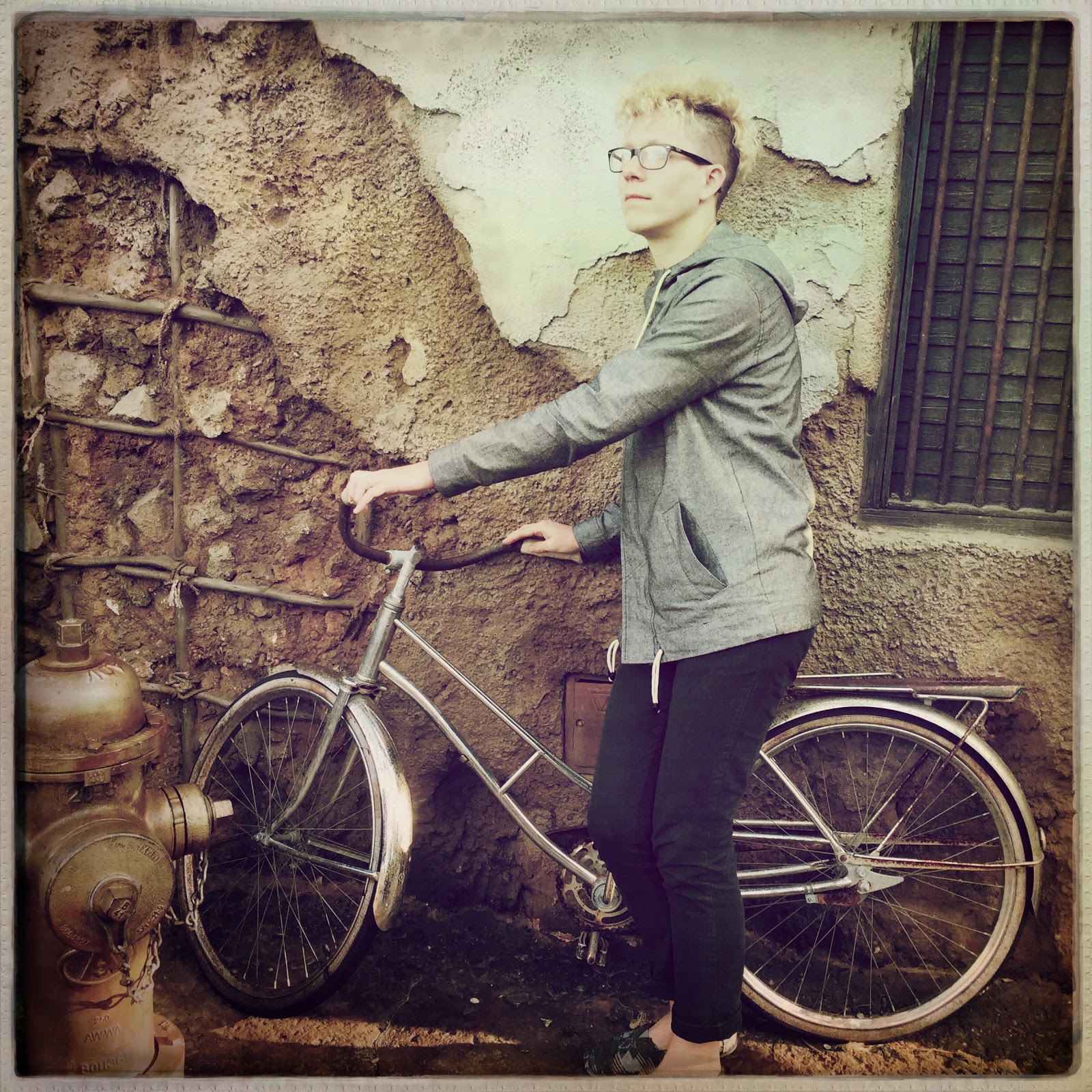 The best bikes are found in Harambe...actually, to get more specific the Harambe expansion that opened last year.  Next to the areas amazing new bathroom we find a lone beauty and in the stroller parking area we find "the twins." 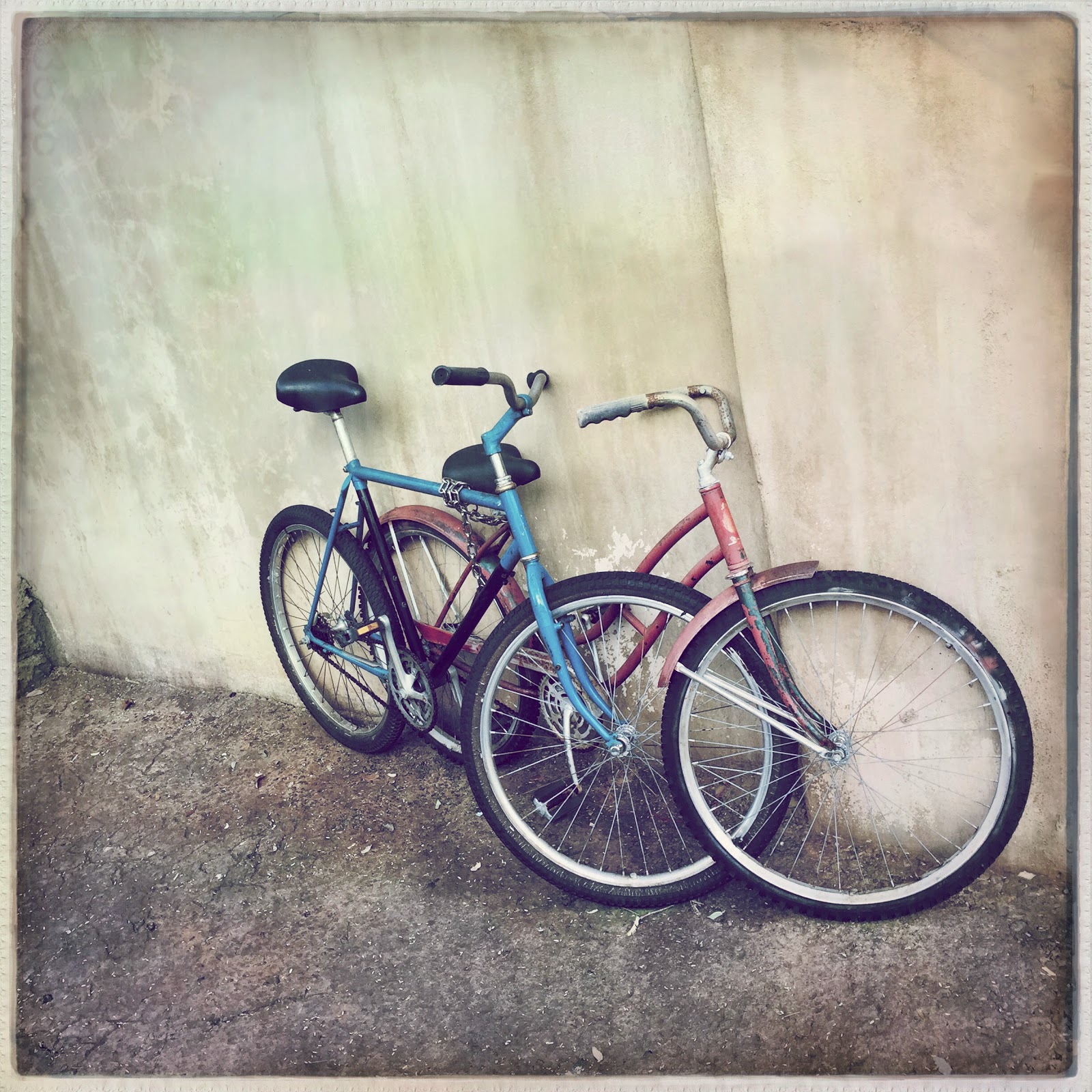 In old Harambe we find this yellow speedster...again next to a restroom.  This bike has always been a favorite of mine to take pictures of, usually waiting for Adam to use the facility.  Hey, I take opportunities when I find them. 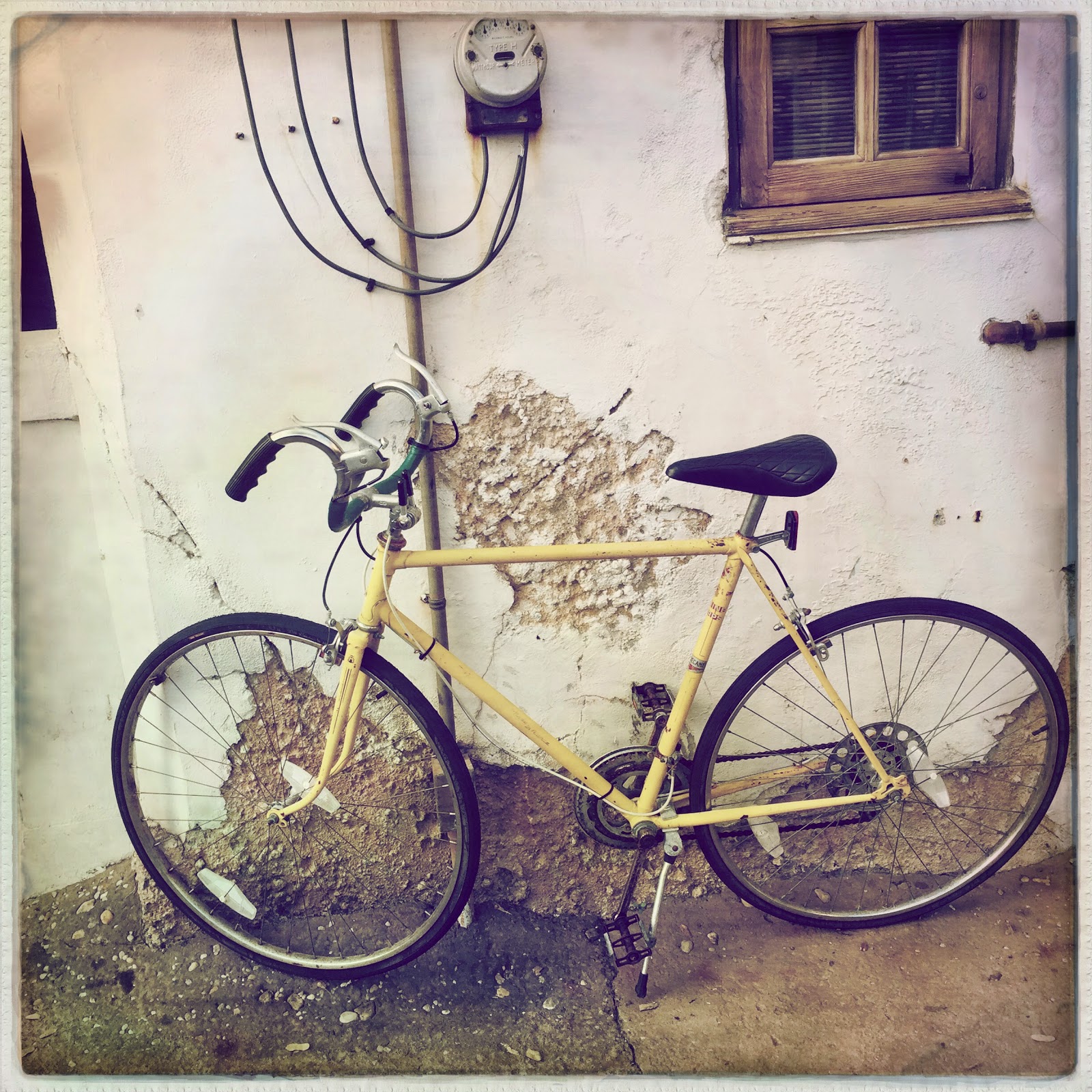 Over in Asia there are a few bicycles of note as well.  My favorite being tucked away by the Drinkwallah  ...which just adds to the wonderful theming of this little area.  The tricycle is a fun random addition to the area around Yak & Yeti.  I really think there should be tour guide driving guests around on these. 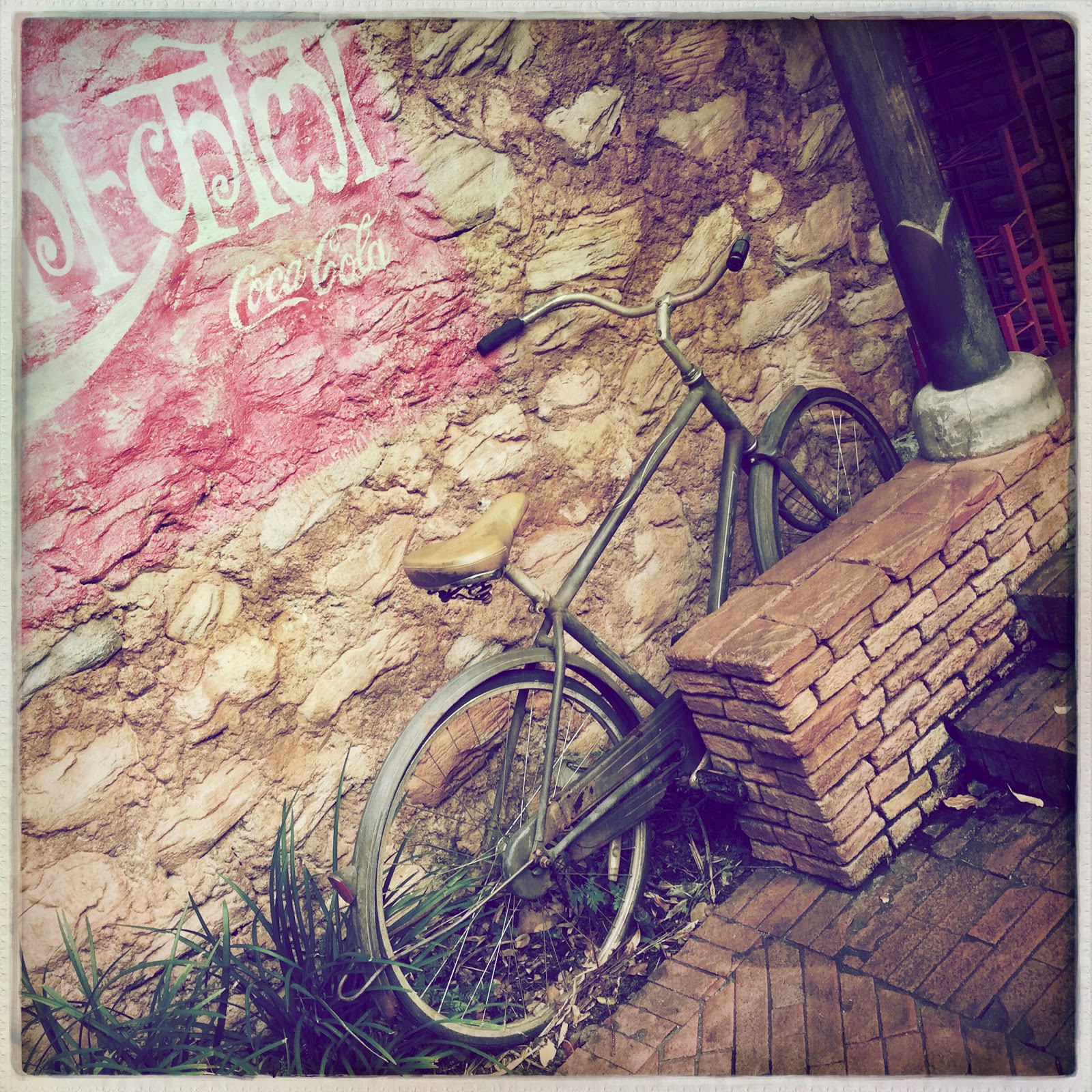 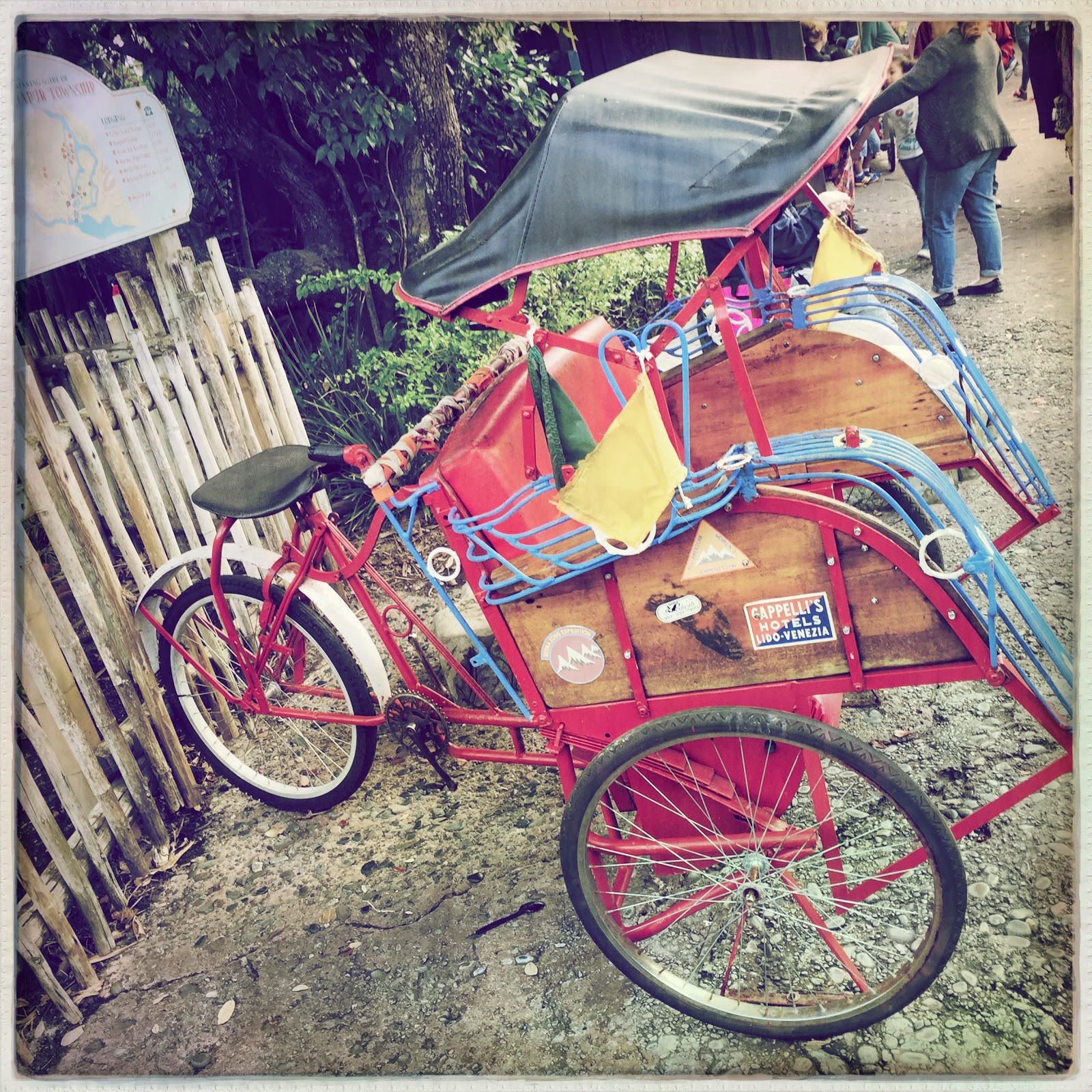 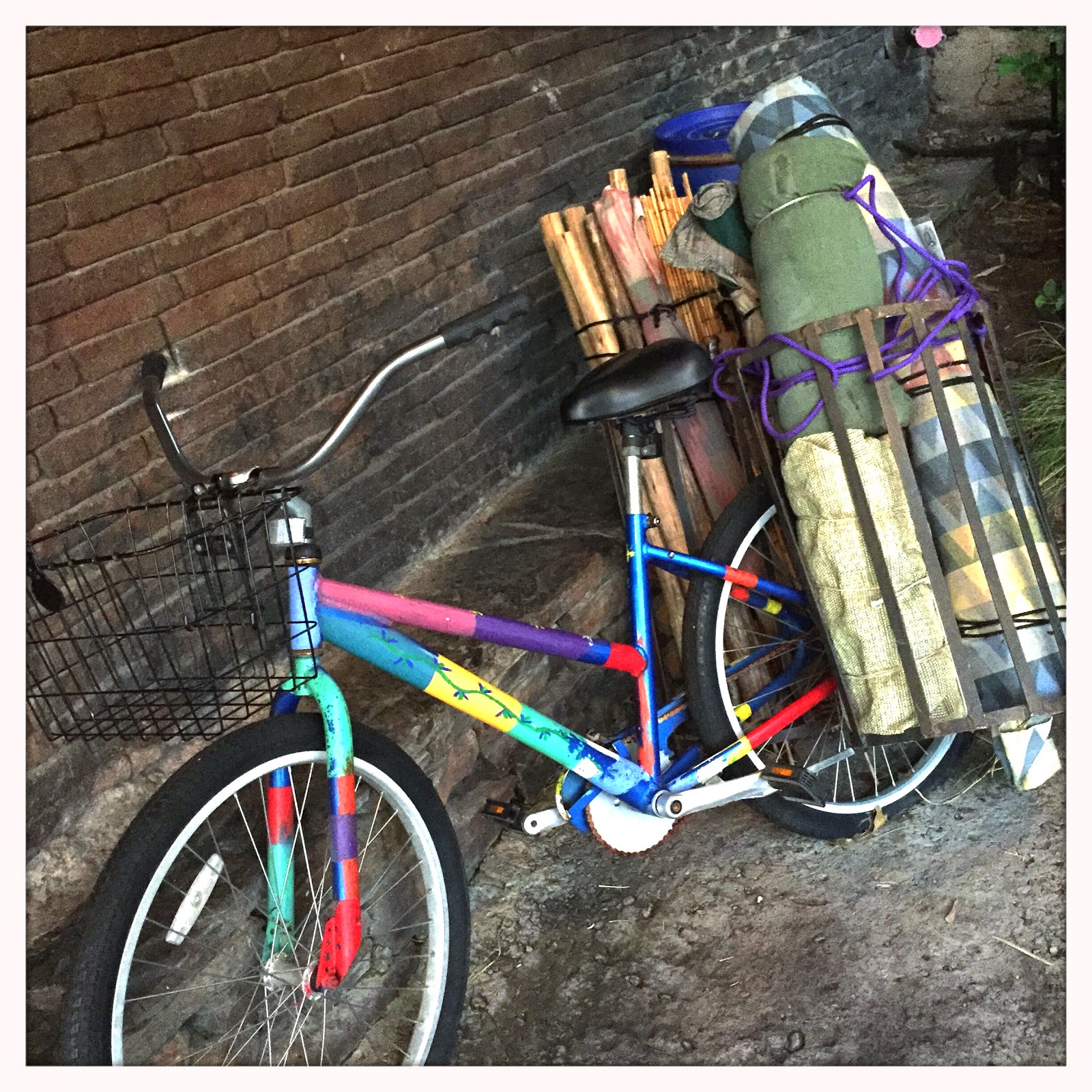 The bicycle above was taken against yet another restroom, though I didn't make a mental note of where.  PROBABLY the Gupta's Gear restroom which I'm obsessed with.   Regardless, this is a more modern bike, and I love the paint job on her!  Plus she's utilitarian! Look at that bundle of goods!

Do you love the theming of Disney's Animal Kingdom as much as we do?  Or do you think this stuff is literal rubbish?  Let us know over on Twitter or Facebook...