I'm guilty of over thinking things when it comes to Disney vacations.  A lot of the prep work going into these trips can be super exhausting, but also tons of fun.  I love discussing upcoming trips on Twitter and subsequently getting really hyped up.  Its those interactions on social media that can influence the tone of our trip, for sure.
Despite months of planning and obsessing, there is only so much time in a vacation.  Inevitably the end of the trip comes and OH MY GOODNESS I HAVENT DONE EVERYTHING ON MY LIST!!!! This happens without fail 100% of the time.  I find myself scrambling to gather photos, or eating things just because I said I would, or visiting an old landmark that dismissing would mean we failed the trip.
Thus was the case at the end of our October vacation to Walt Disney World.  As you all know, we always end at Animal Kingdom Lodge to relax for a few hours before heading to the airport, but we usually go to both The Magic Kingdom and Epcot before heading back to the lodge.  As it turns out, I needed to tie up some loose ends on my list around World Showcase.
Here is a pictorial souvenir of our last two hours at Epcot before heading home. 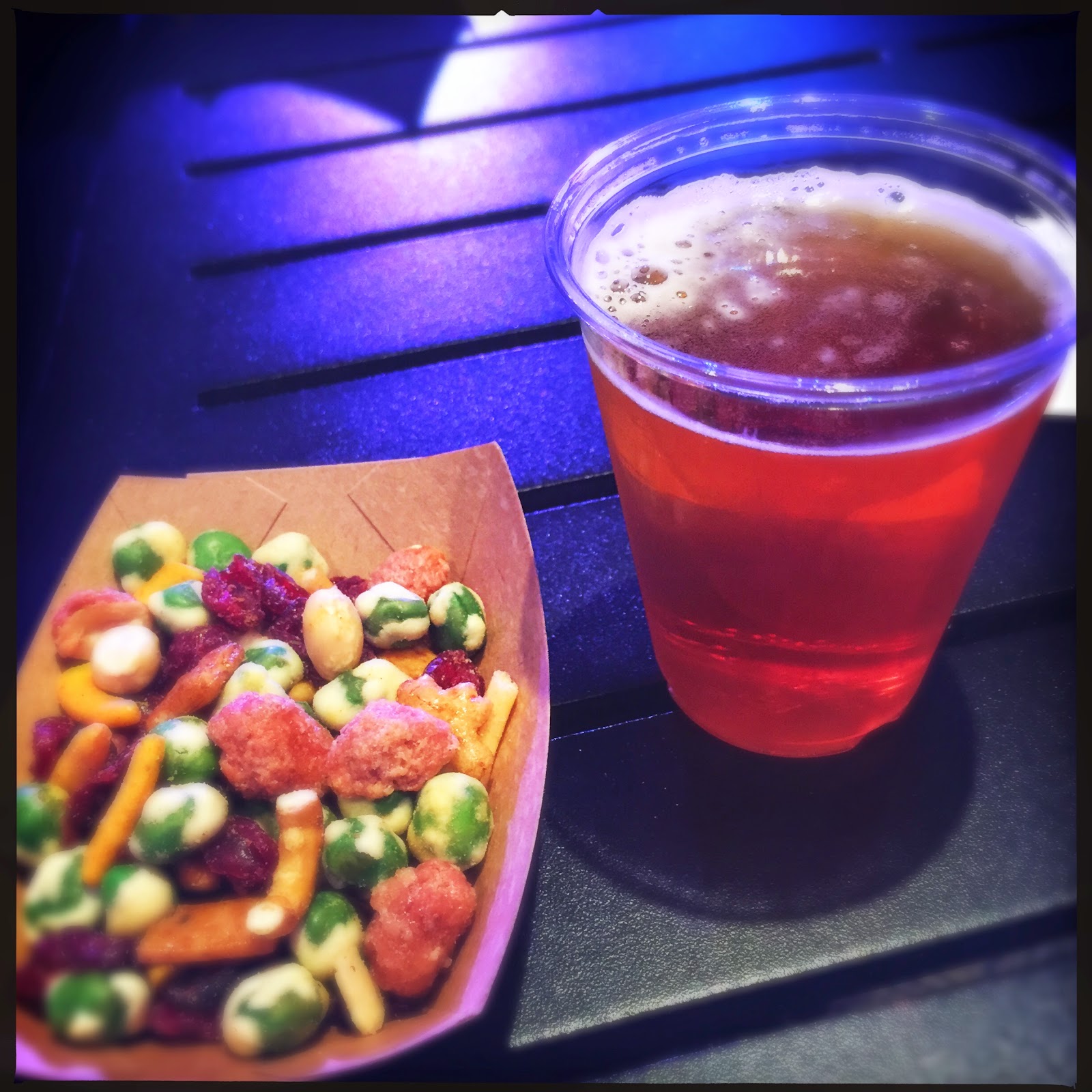 Most of these loose ends involved Food & Wine Festival items that I hadn't had the chance to try, or favorites that I wanted to revisit.  I made a point of stopping back into the Craft Beer pavilion within the Odyssey.  I was pretty obsessed with the yummy snack mix that came with each beer order. 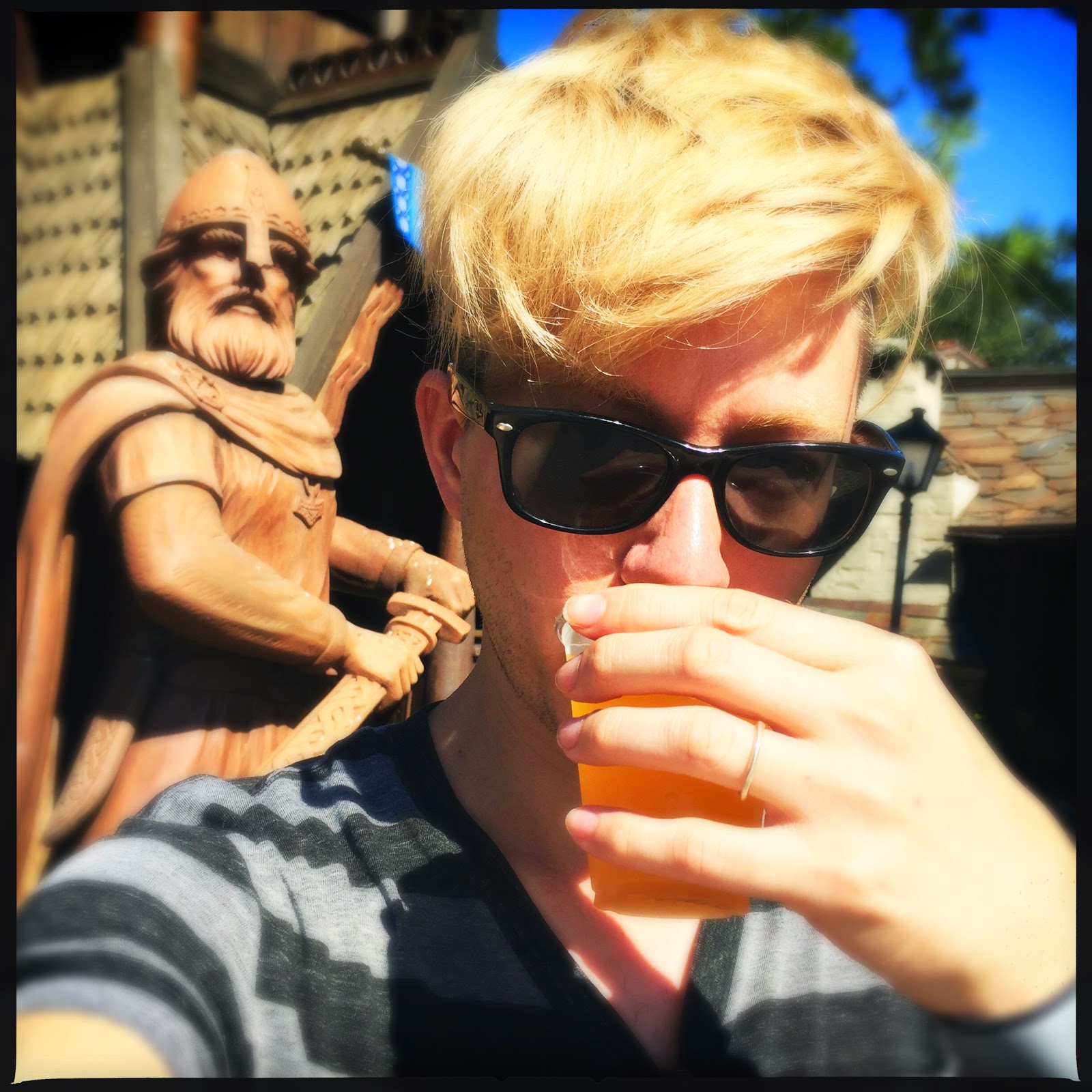 I needed a "drunkie" with my viking friend.  This was about as far into the Norway pavilion I was willing to go. Too depressing.

No trip would be complete without a picture with my favorite donkey in the entire world.  So that was an obvious priority.  Adam insisted on visiting L'Artisan Des Glaces one final time to enjoy his favorite ice cream.  I think this is the saddest moment for him each trip. 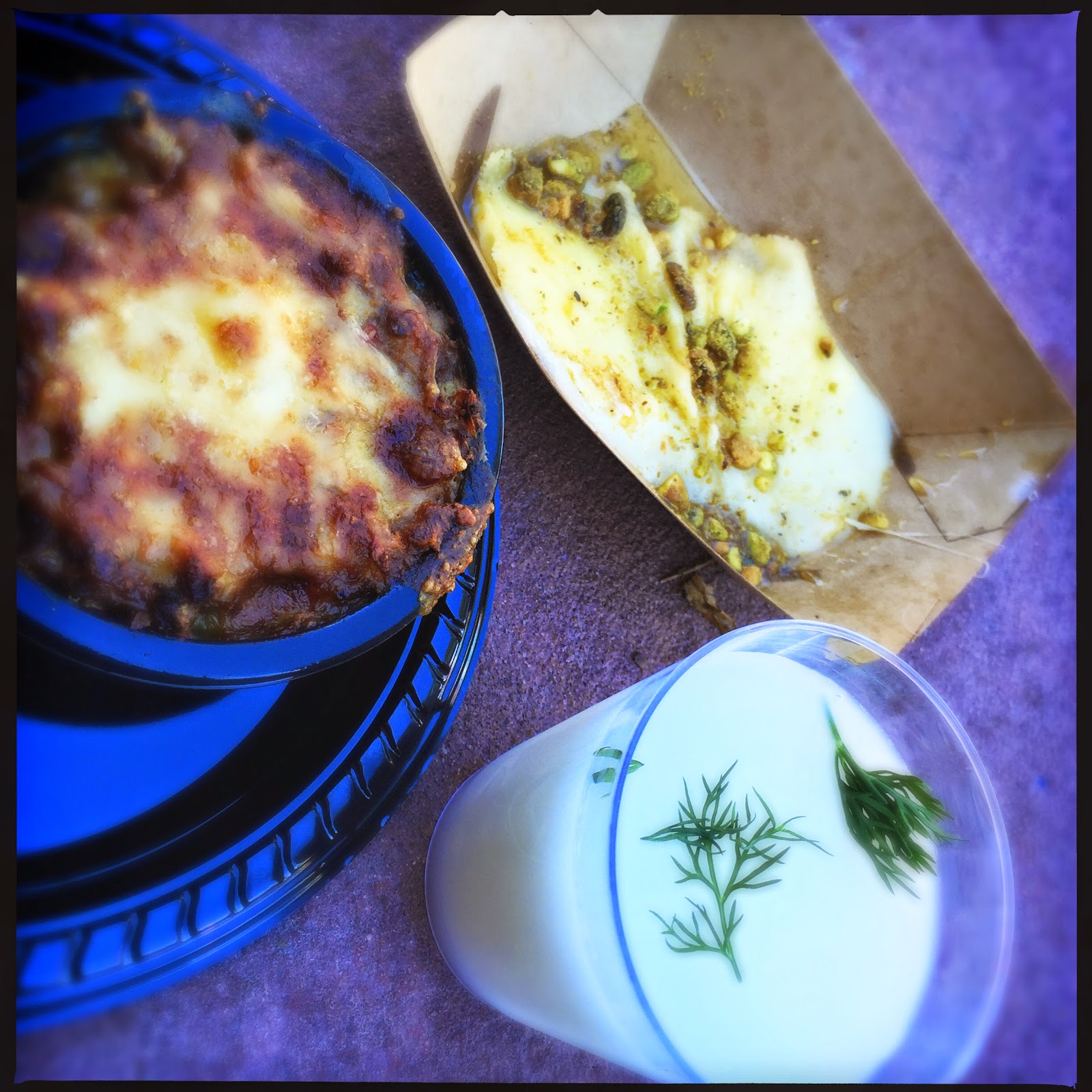 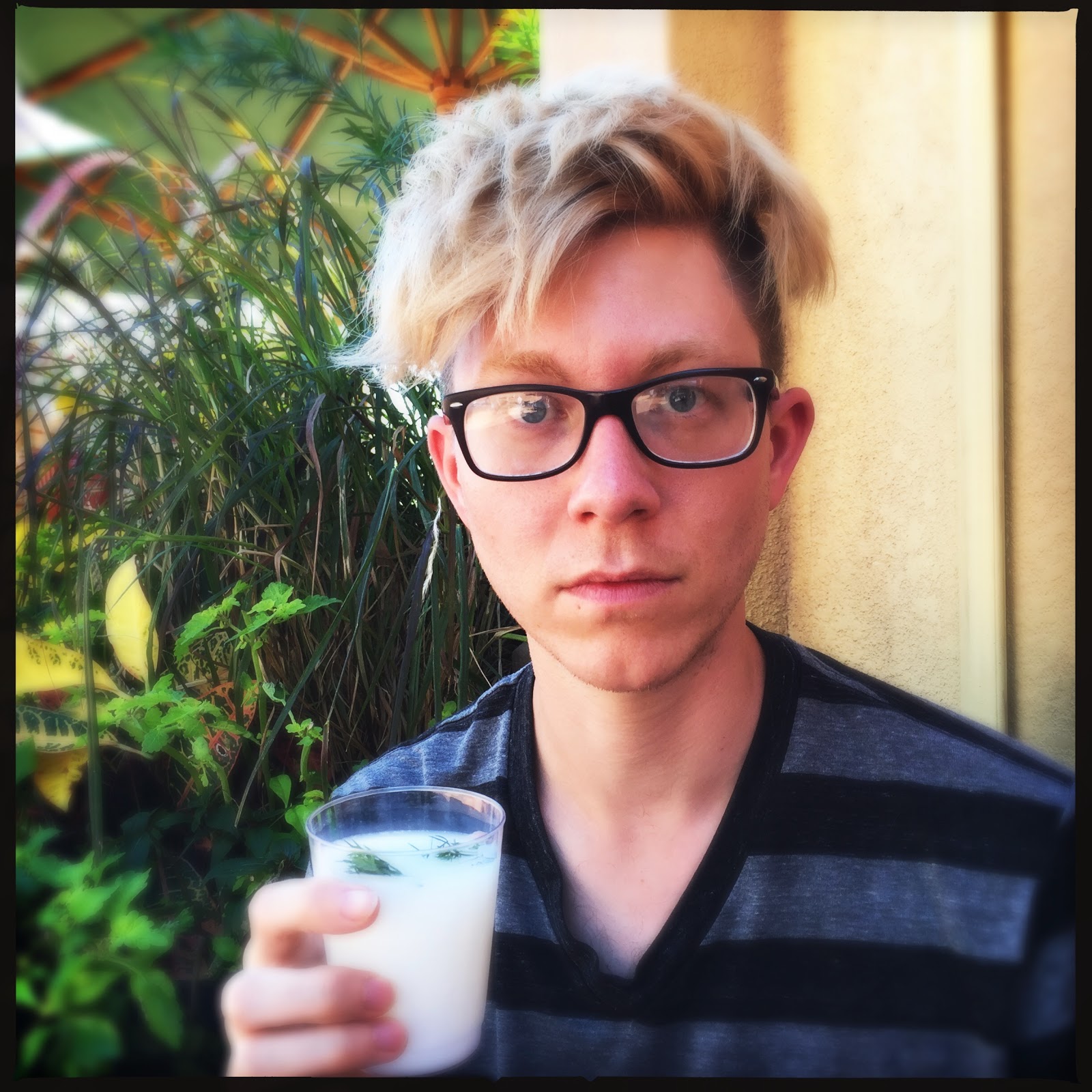 Finally, as we were rounding out our stroll around World Showcase we HAD TO revisit the Greece kiosk for two reasons.  First, I was obsessed with the veggie moussaka and knew I needed another one (this is GREAT drinking food...) and while we were there, why not get another griddled cheese???  but the main reason for visiting was to try the legendary (not in a good way) tzatziki martini.   I had wrote this on my list of foods to try, and underlined it...so it would have been a shame if I hadn't got around to it.  Unfortunately, this drink just isn't that good and I'd be surprised if it returned next year.

As we finished our time in World Showcase and meandered out of Epcot I got teary eyed as normal.  I know that the park has some serious problems,  but the mix of nostalgia and alcohol often gets the best of me.  I'm happy to note that I will be spending a couple of short hours in Epcot soon, as part of our TEN HOUR TRIP to Disney World after our cruise.  So....yay. :)