My appreciation of New Haramabe has been exhaustive, on the verge of annoying.  Anyone who asked Andy, How was your trip? Was told about the new area of Animal Kingdom whether they truly cared or not.  The theming at Animal Kingdom is what sets this park apart from the other Florida parks. When any expansion is announced its hard to imagine Disney meeting the fine level of perfection that the previous areas already have.
Little did I know that New Harambe would meet the high standard, and take the level of detail a little bit further.  We've explored the terrific signs and fliers posted in Harambe, and the equally lovely posters found in Anandapur.   I was super happy that this tradition was kept and enhanced for the new addition...here are a few that I captured on our trip. 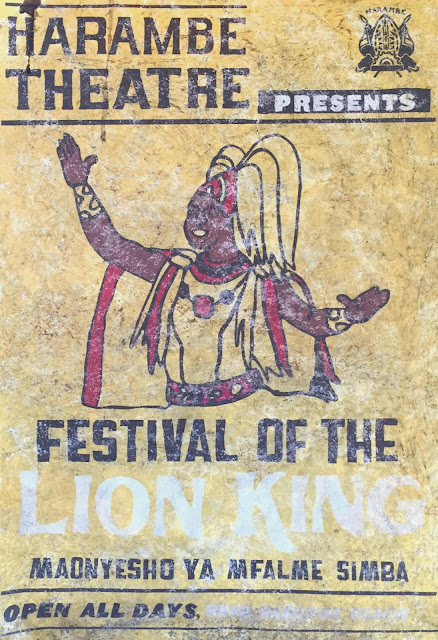 Some of the signage is more obvious in their purpose.  There are Festival Of The Lion King and Tusker House posters found throughout, but in a charmingly crude style.  Always with the Harambe insignia in the corner.  These signs not only help subtly enhance the backstory of their given area, but are for the most part really well designed.  Some are pretty gorgeous. 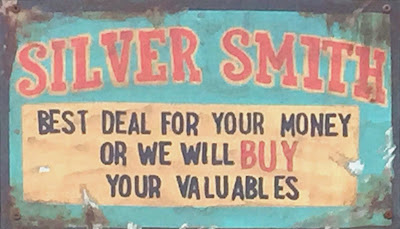 The signs don't only promote the actual services of the area, but also fictional businesses of Harambe.  While "old Harambe" focused more on tourism and safari guides, this new area focuses more on local amenities for the residents of Harambe.  My personal favorite is obviously the one below, not because I'm a hairdresser, but because its AMAZING IN EVERY CAPACITY. 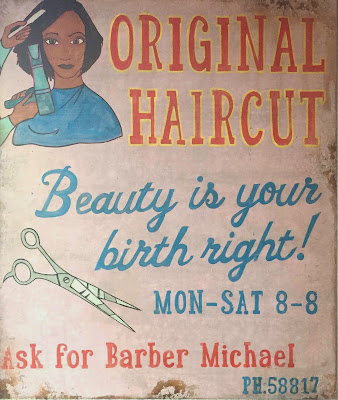 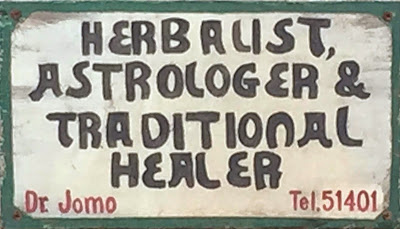 These signs can be found in every nook and cranny in New Harambe, and I missed quite a few of them I'm sure.  In addition to these there are several that are painted directly onto the stonework around the area as well, that are harder to take pictures of.   I'd like to give an honorable mention the "Mr. Mutumbo's Fishing Tours" poster as my second favorite, mostly because of its placement on the side of the lovely new restroom.

Posted by Adam and Andrew at Wednesday, November 12, 2014