Recently we spent three nights at the Grand Floridian Resort and Spa...which was a first for us. We were generally very impressed with our short time there, and the resort quickly became old hat in a way that only the comfiest of resorts can.  Unlike monorail cousin The Contemporary, The Grand Floridian is warm and inviting even to guests just casually visiting the grounds.
Obviously I took PLENTY of time to relax by the pool, as I am prone to do on vacation, both alone and with my sister and her kids. There are two pools at The Grand Floridian, one in which I will refer to as the "main pool" located directly behind the main lobby, and another with I will refer to as the "feature pool" located closer to the DVC wing.  Lets look at some pros and cons to the pool areas...

Pro: Proximity to the main building...and basically every other building. 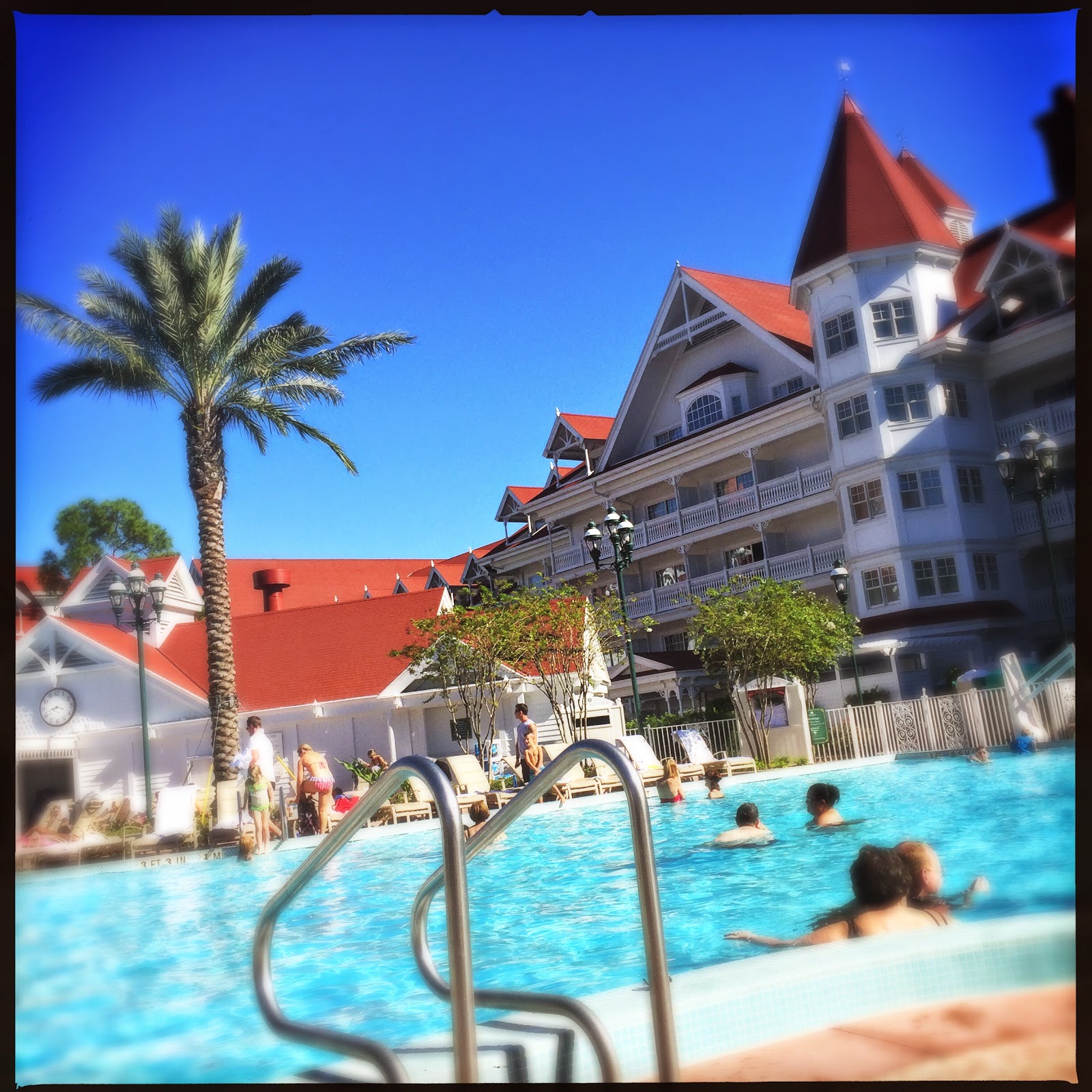 The centralized location of the main pool is basically the best.  Not only is it ridiculously close to the main lobby, but because of the layout of the surrounding buildings you're guaranteed to be nearby.  The location of this pool doesn't disturb the landscaping either, as the area is fenced and offset...so you don't have to walk around it to get anywhere. 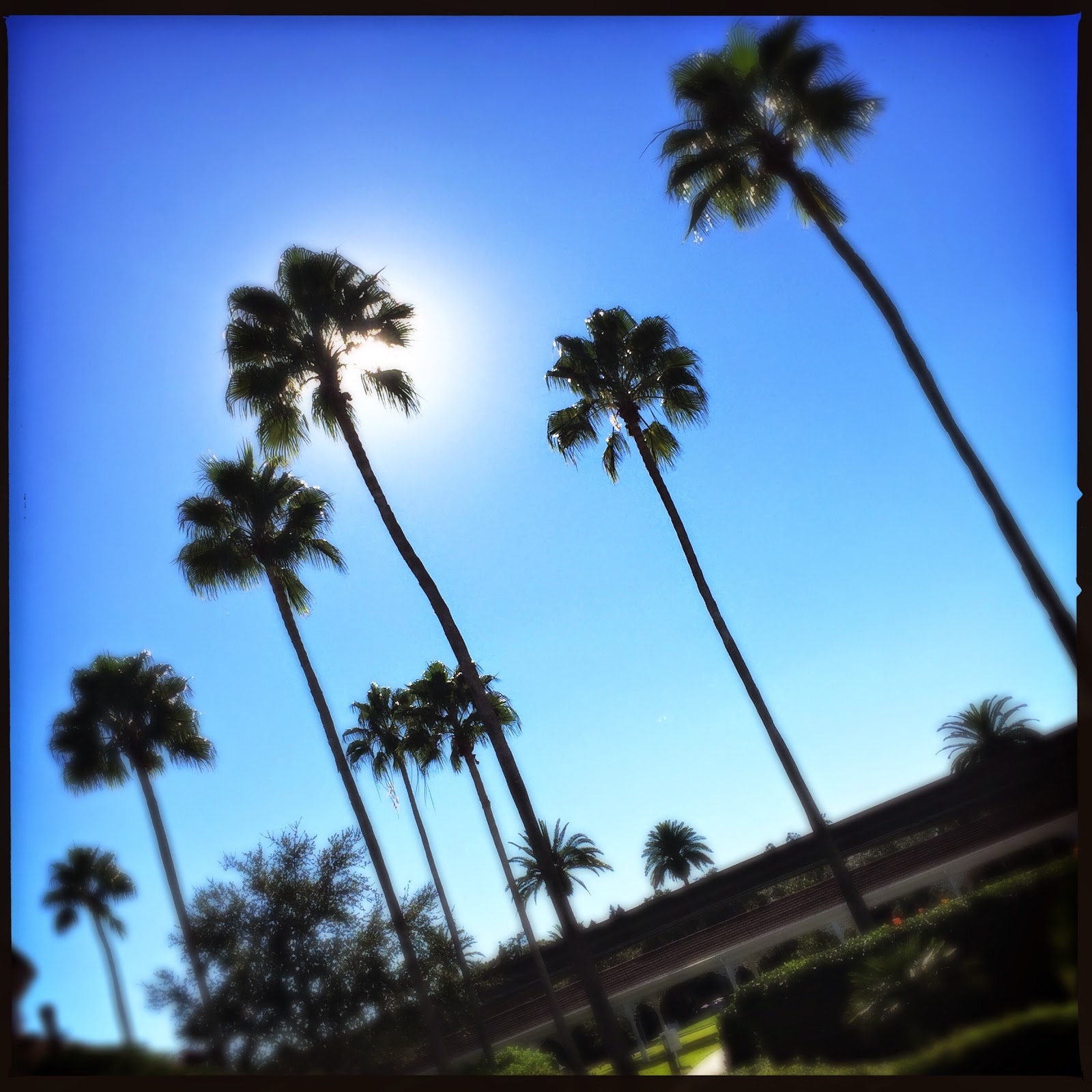 I don't think I need to justify myself...BUT at a deluxe resort (but really any Disney resort...) I don't think I should have to hover around awkwardly trying to find a lounge chair.  This was the case a few times around both the main pool and feature pool, so clearly this is a problem often.  Same situation with tables...there is food served at the feature pool but very few tables to be found.  Don't get me wrong, I'm not above sitting on the ground at all, but there is also very little shade to be found.  I understand that Victorian landscaping doesn't call for lush vegetation...so theres that I guess.  But Florida gets awfully hot. :/ 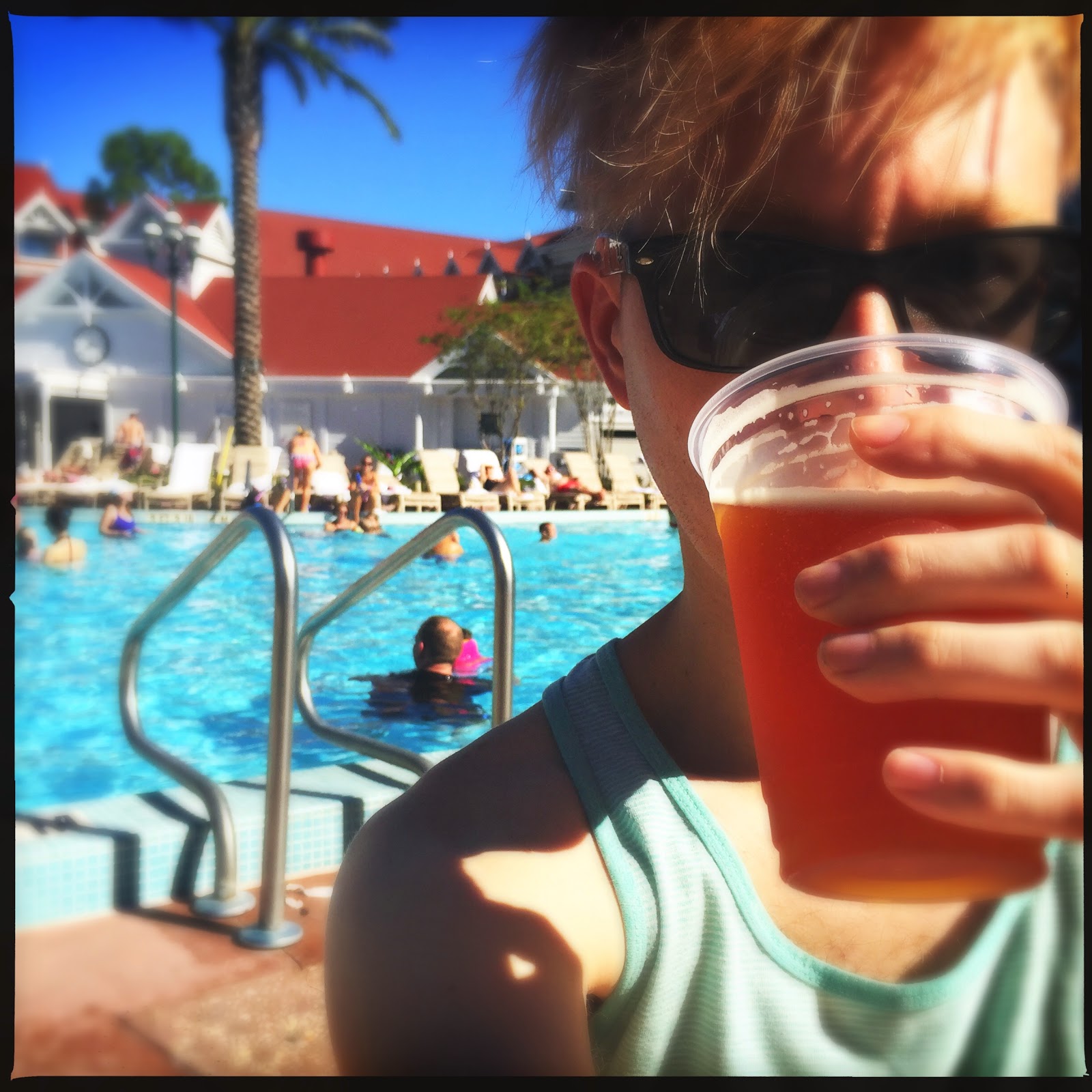 You guys! The Grand Floridan has TWO POOL BARS! This is a wonderful perk, especially if your kids want to play in the feature pool...you don't have to schlep all the way toward the main building to whet your whistle.   Minor con to these pool bars, which recently abandoned their extensive beer list in favor of the standard pool bar menu. This itself has actually improved somewhat in the last year...Sierra Nevada Torpedo? Yes please...

Con: Lack Of Nooks and Crannies (see pics above...)

One of my favorite parts of the Animal Kingdom Lodge pools are the totally secluded areas, where you can relax uninterrupted.  Be in by the jacuzzis or just off in a corner, the areas are separated by rock work or landscaping and creates a terrific intimate feel.  The Grand Floridian has none of that...like at all.  Both pools are sprawling and open, with few (zero?) more secluded areas.  And let me just mention for a moment, how I could never EVER use the jacuzzi here, because it is ridiculously over crowded, and basically on display for the entire world.

This awesome kids play area was added to the resort a few years ago, during construction of the new DVC wing.  Though its kind of noisy the area is pretty far away from guest buildings.  I like that Disney is moving more toward these areas (Kidani Village, Castaway Cay...) because they're seriously addictive to kids...and allows them to blow off some steam.

There you go.  A few pros and cons on the Grand Floridian pool area.  I really did enjoy my time here, and I know that we will be back again.  The pool is generally very nice, but is nowhere near the level set by Animal Kingdom Lodge.  A few of these flaws could be easily fixed, but I doubt that will ever happen.
Posted by Adam and Andrew at Monday, November 17, 2014