Design: The Terror Of The Evil Queen

It's been quite a while since we last visited the Design volume of The Archive Series, even though this is probably my favorite in the series. Remember the awesome metamorphosis of Ursula?!?!  The process of developing an animated film is what draws me in.
The Evil Queen in Snow White and the Seven Dwarves is actually a fantastic example of fully well rounded character, the vision of which is straight forward from the beginning.  Her motive (to be fairest one of all...) drove the look of the character since conception.  She had to be beautiful of course, but in a completely opposite way than our heroine.   The stark lines, tall and slender harsh features directly oppose Snow Whites. 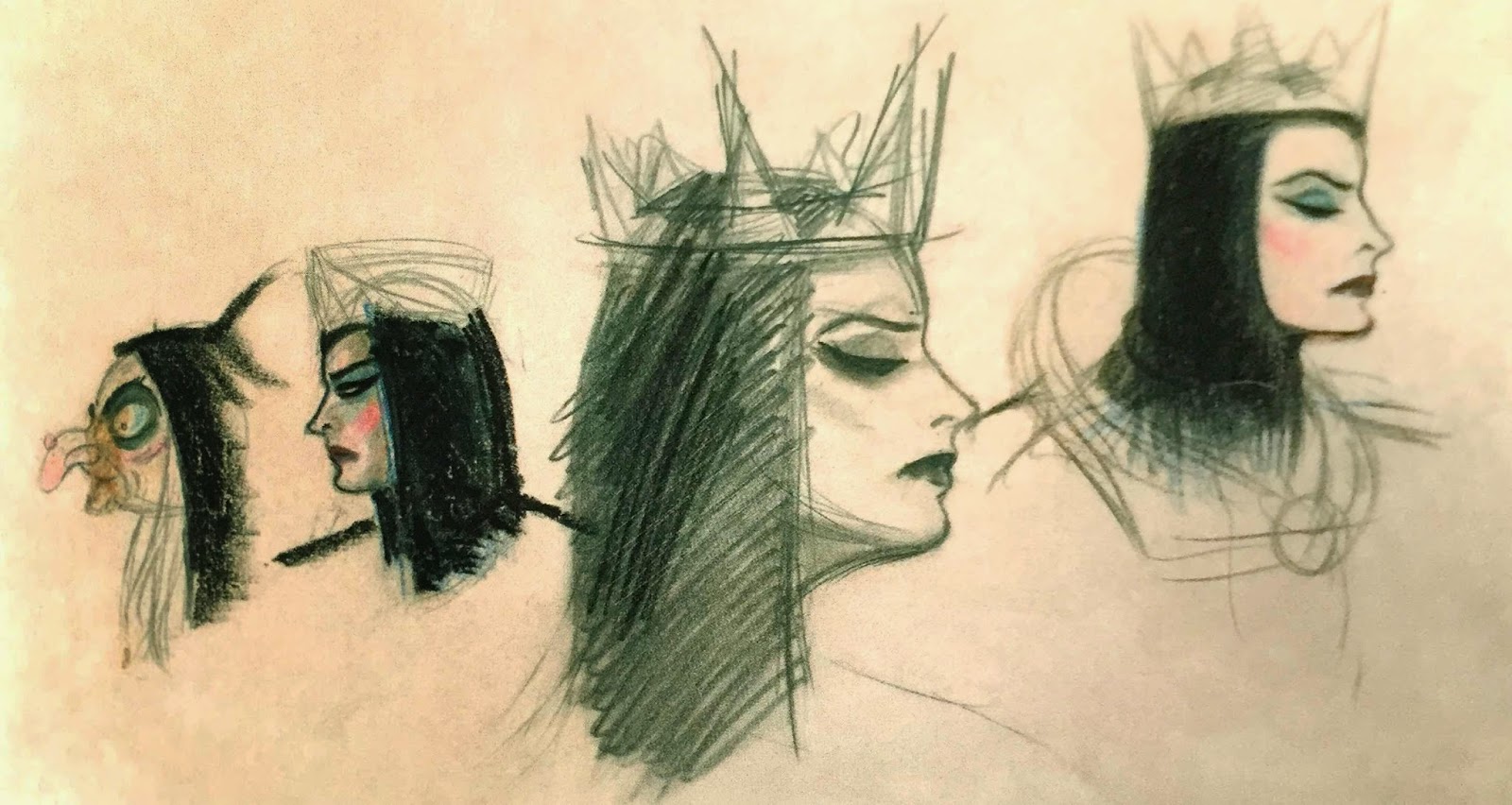 Of course the real terror in this film comes during the Queen's own metamorphosis into the frightening old hag.  The actual process of brewing the potion and subsequent change is legitimately one of the scariest moments in animated history.  The queen's true self is actually represented in this form. 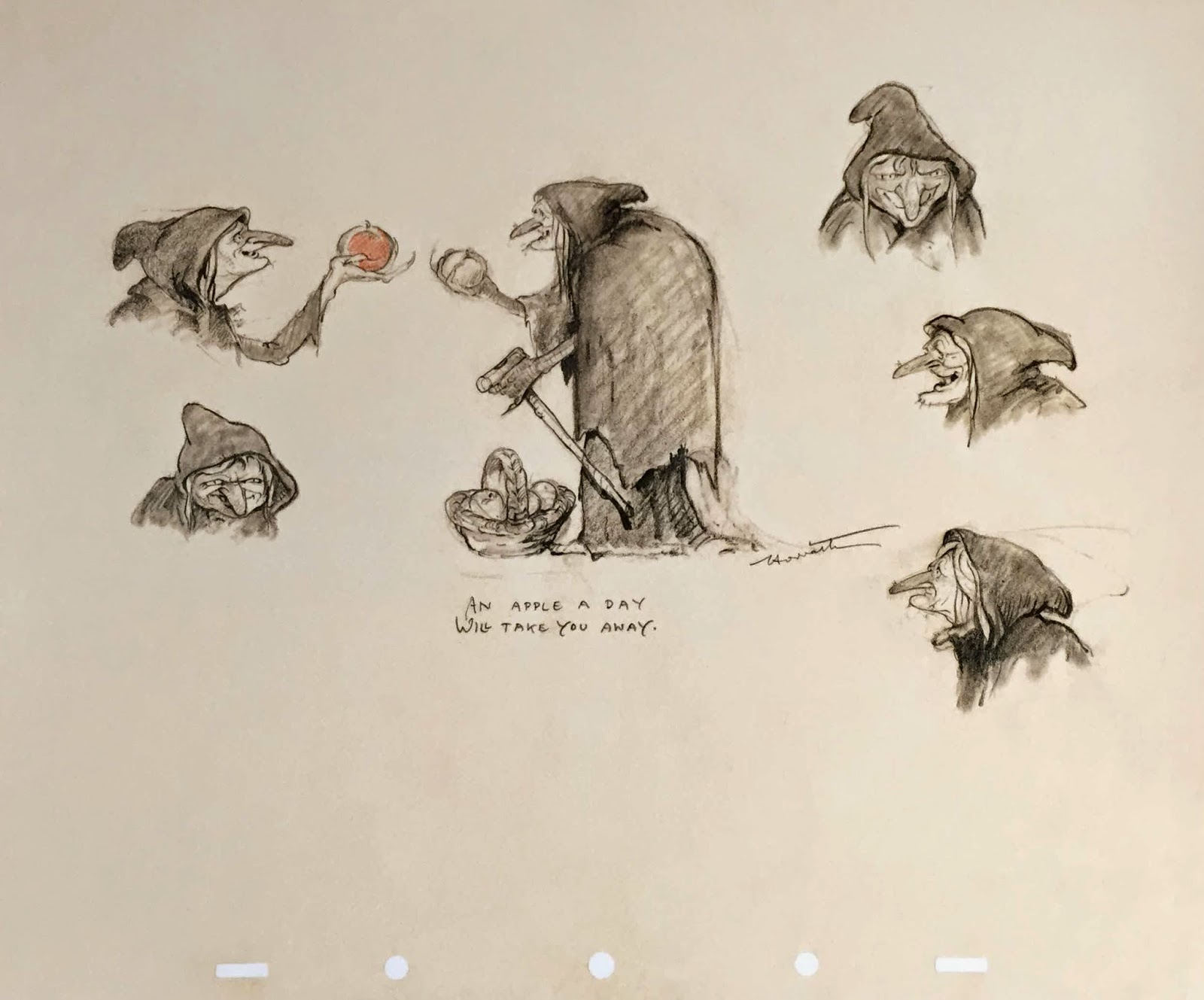 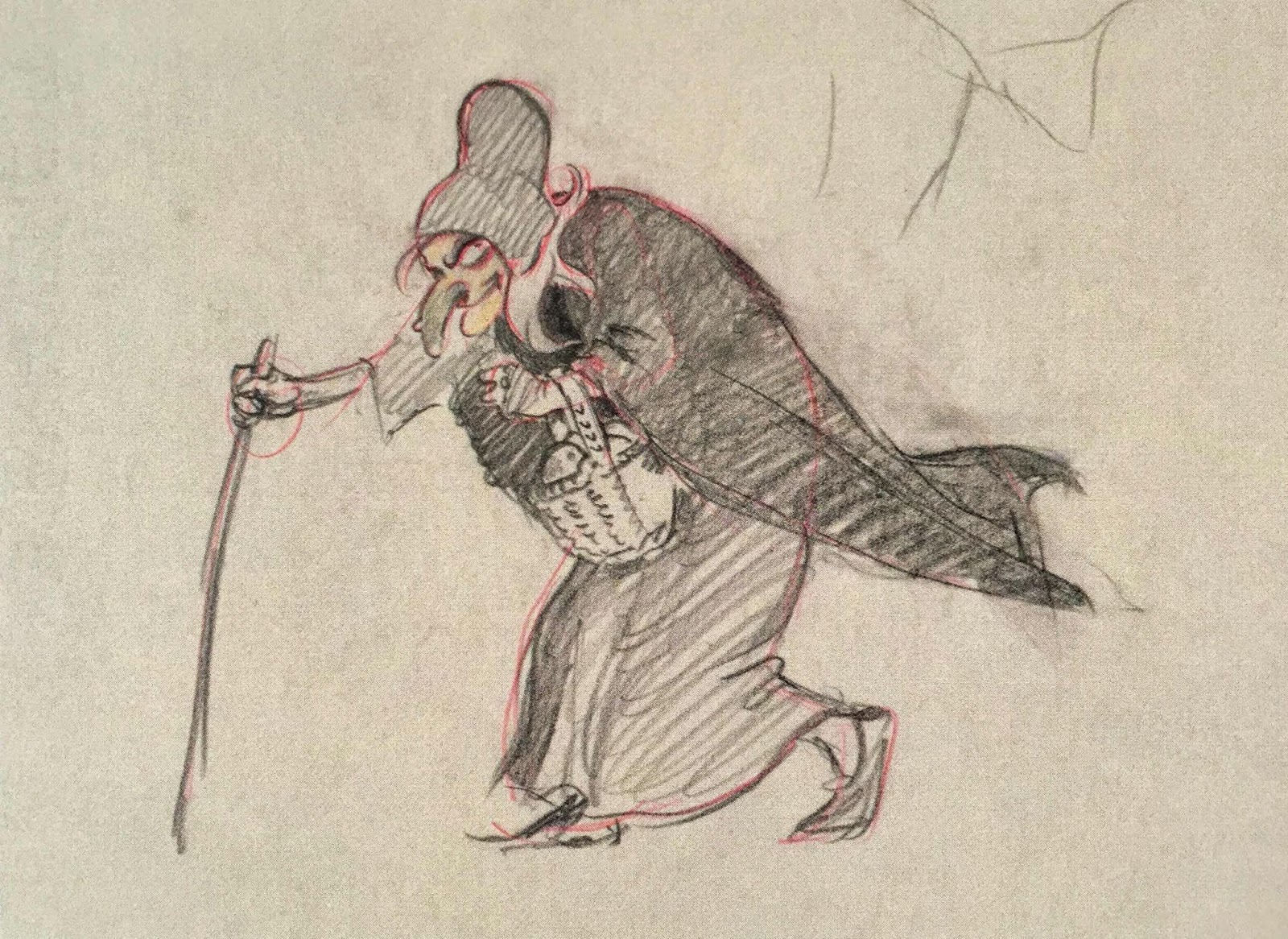 During the development of Snow White, the artists portrayed characters in the context of the film prior to animating anything.  This gave a little more gravity to the project and help inspire the feel of the film.  Plus it shows how the design of the character would come off in a tangible world...albeit a flat world. 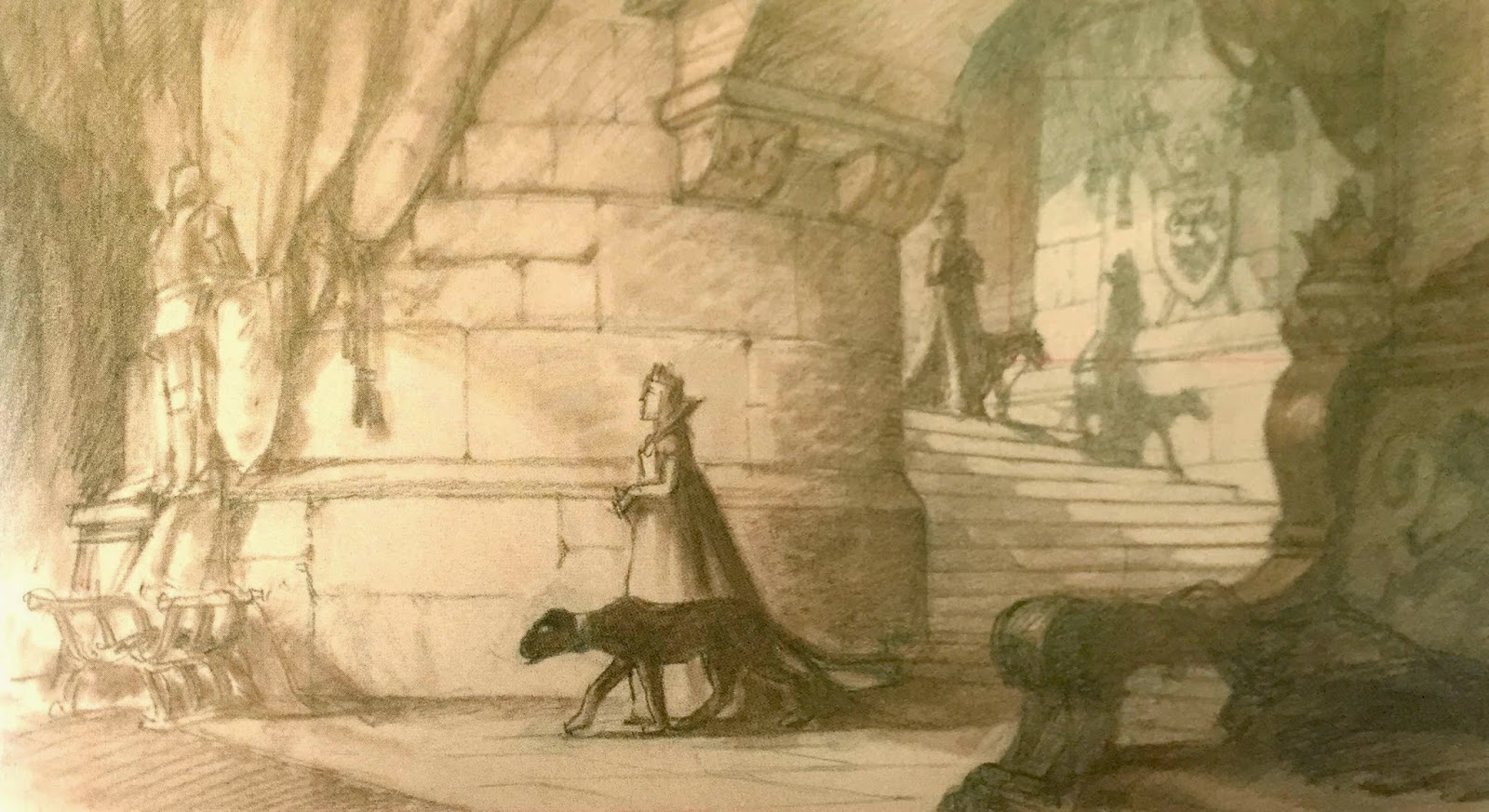 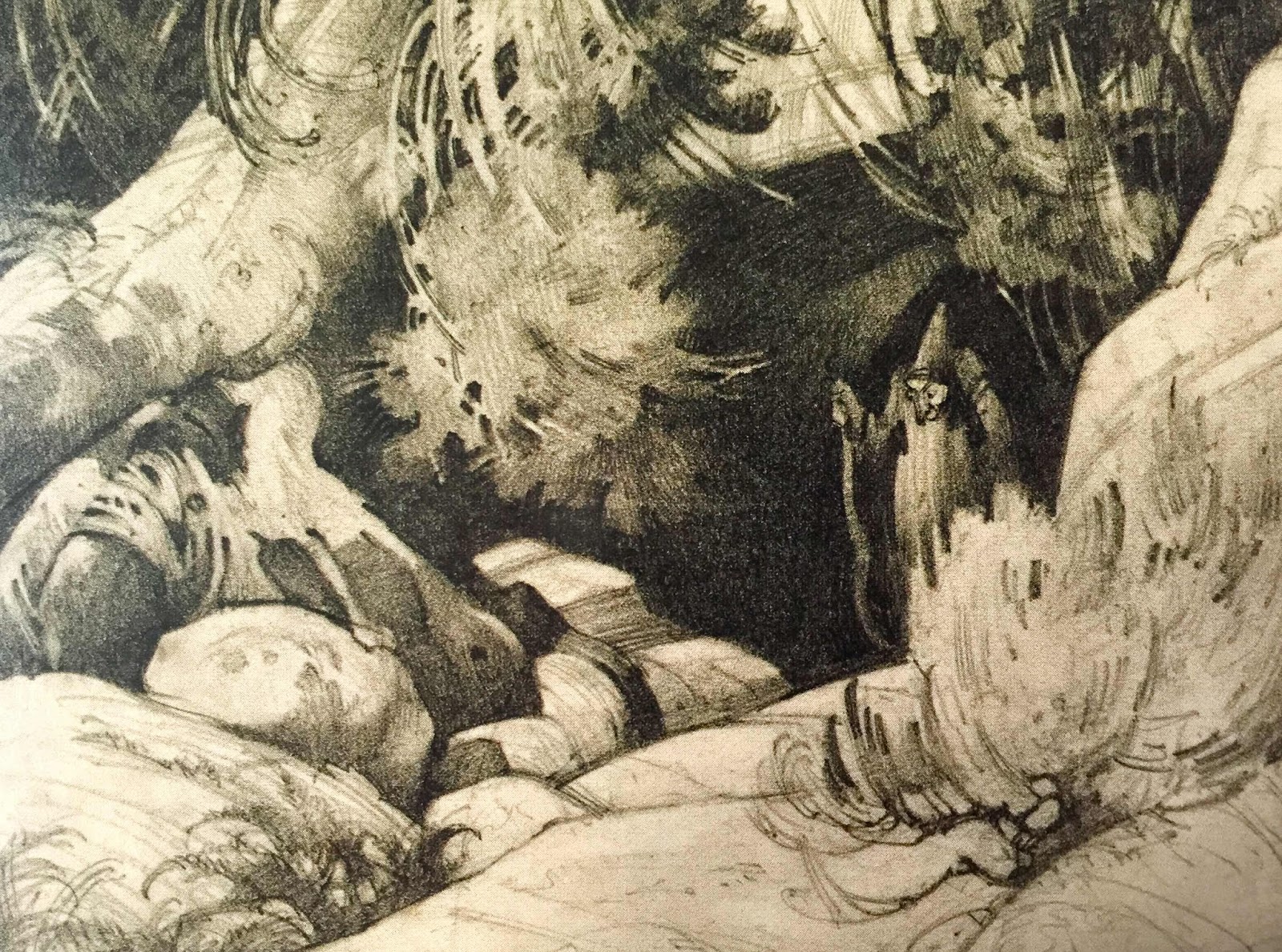 I'm pretty obsessed with the development of Snow White. Luckily the design concepts abound, and have been meticulously archived. Besides The Archive Series, I'd like to recommend The Fairest One Of All  by J.B. Kaufman.  Not only is this book a phenomenally interesting read, but is the most complete chronicle of the development of Snow White, and should be on every Disney fans coffee table.
Posted by Adam and Andrew at Wednesday, October 22, 2014