What Happened To Toontown Morning Madness at Disneyland?!?

So, we're in the early stages of planning our Disneyland trip this coming May. (Disneyland Hotel is booked!!! Yay!!!) And part of that planning involves revisiting our last trip out west, and the thousands of photos that we took.  Scrolling through one of the albums I get to a group of photos involving Adam, myself, and a whole bunch of characters in extremely candid shots.  Turns out that I had completely forgotten about Toontown Morning Madness, a perk which allowed access to Toontown (and its residents) and hour before it opened to the public.
But alas, this amazing simple perk was discontinued in 2013. Womp womp.  Anyway, at least I have all these photos as evidence that I got to experience it at least once in my life. 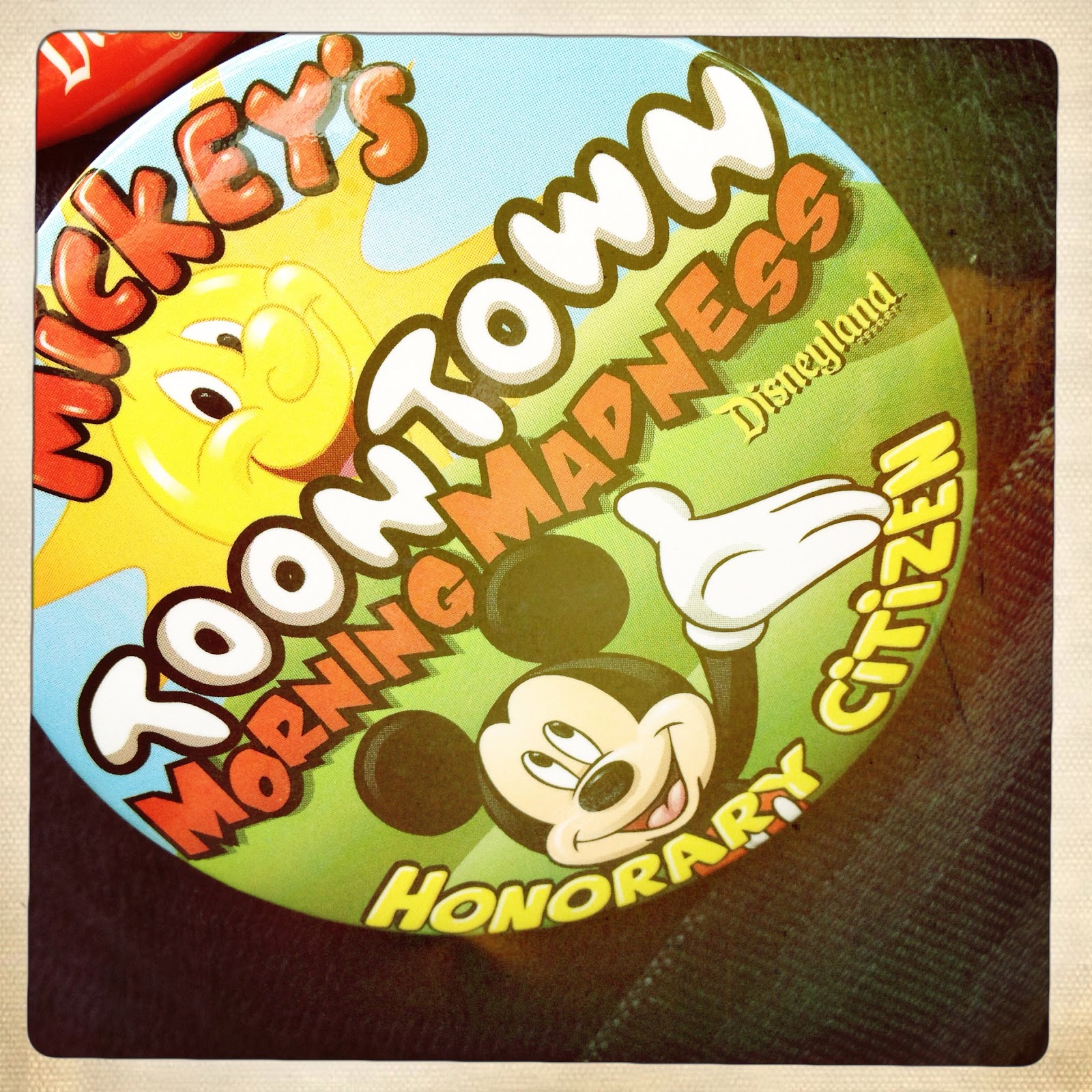 After a short ceremony, guests were given badges indicating honorary citizenship of Mickey's Toon Town! I'm happy to say that we held on to our badges.  After this there was a general free for all, with queues popping up for more popular characters...mainly Mickey and Minnie.  While other characters roamed freely...something that STILL ACTUALLY HAPPENS at Disneyland. 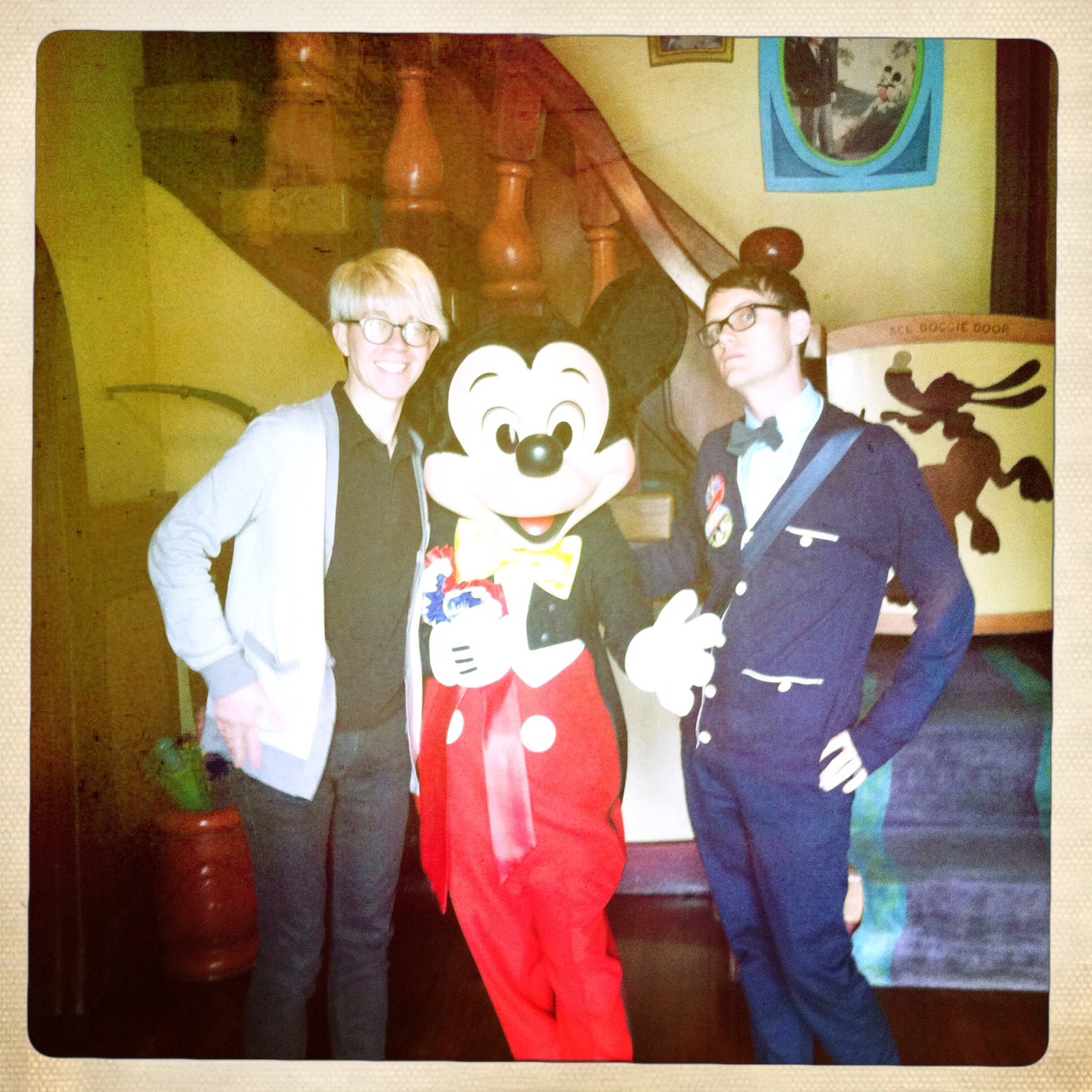 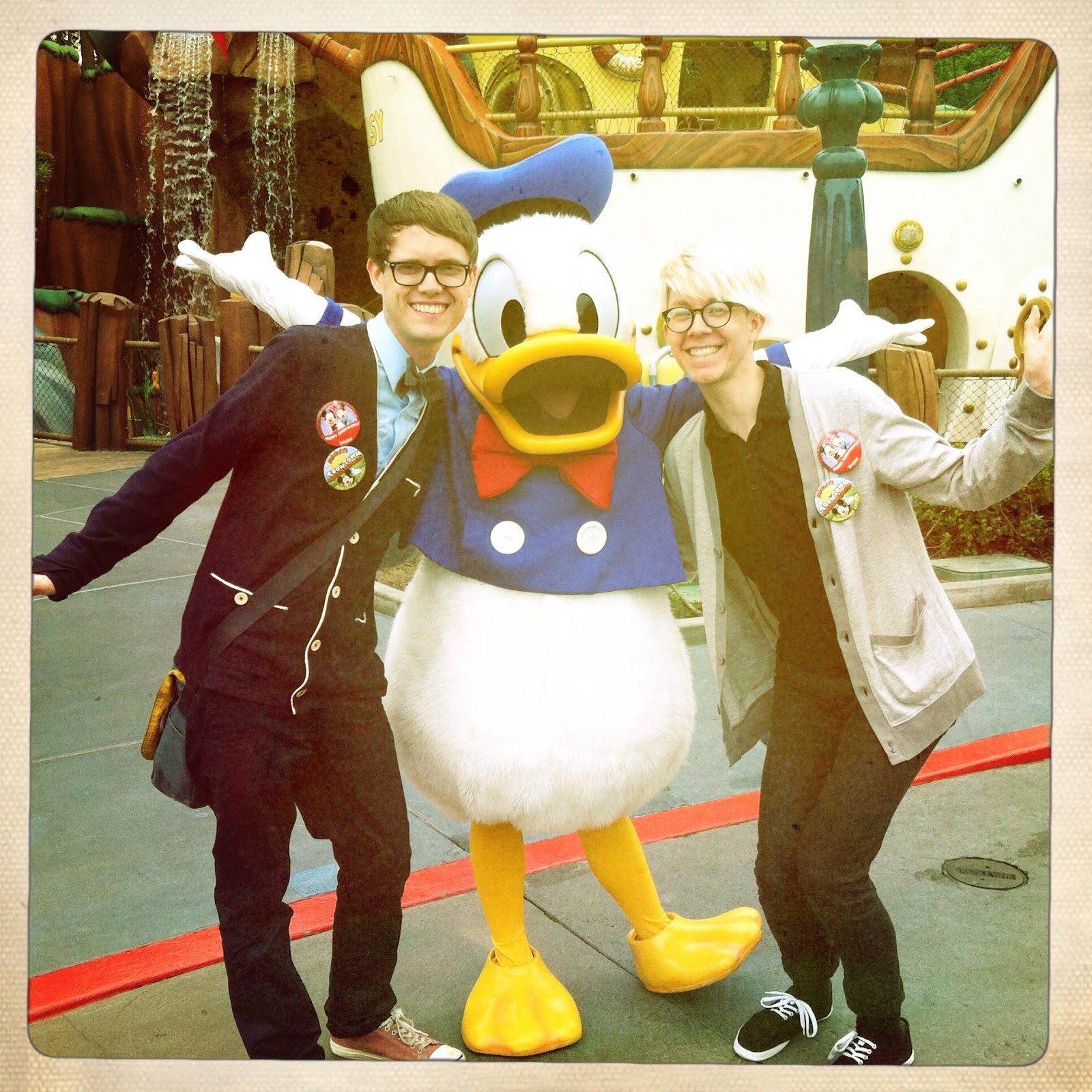 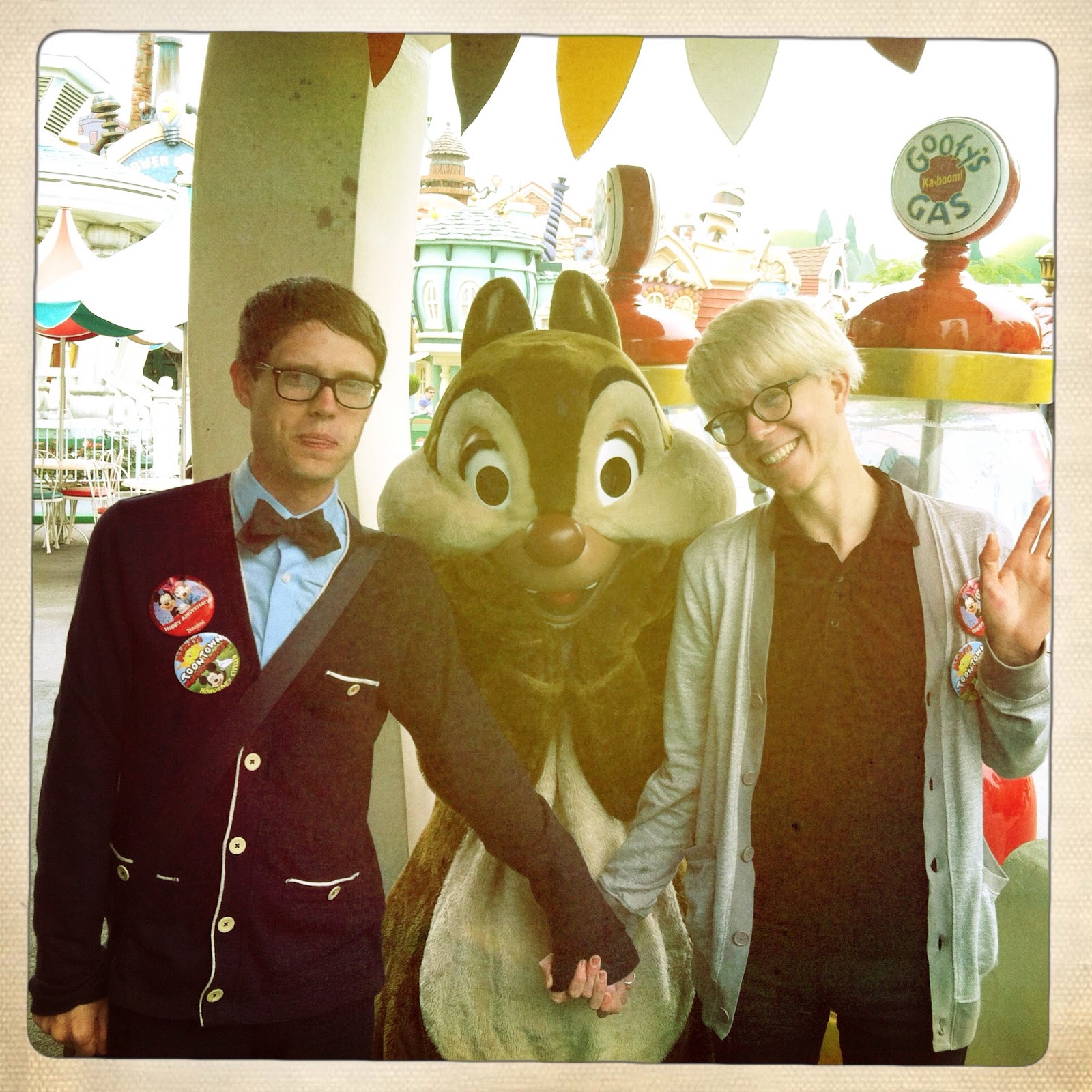 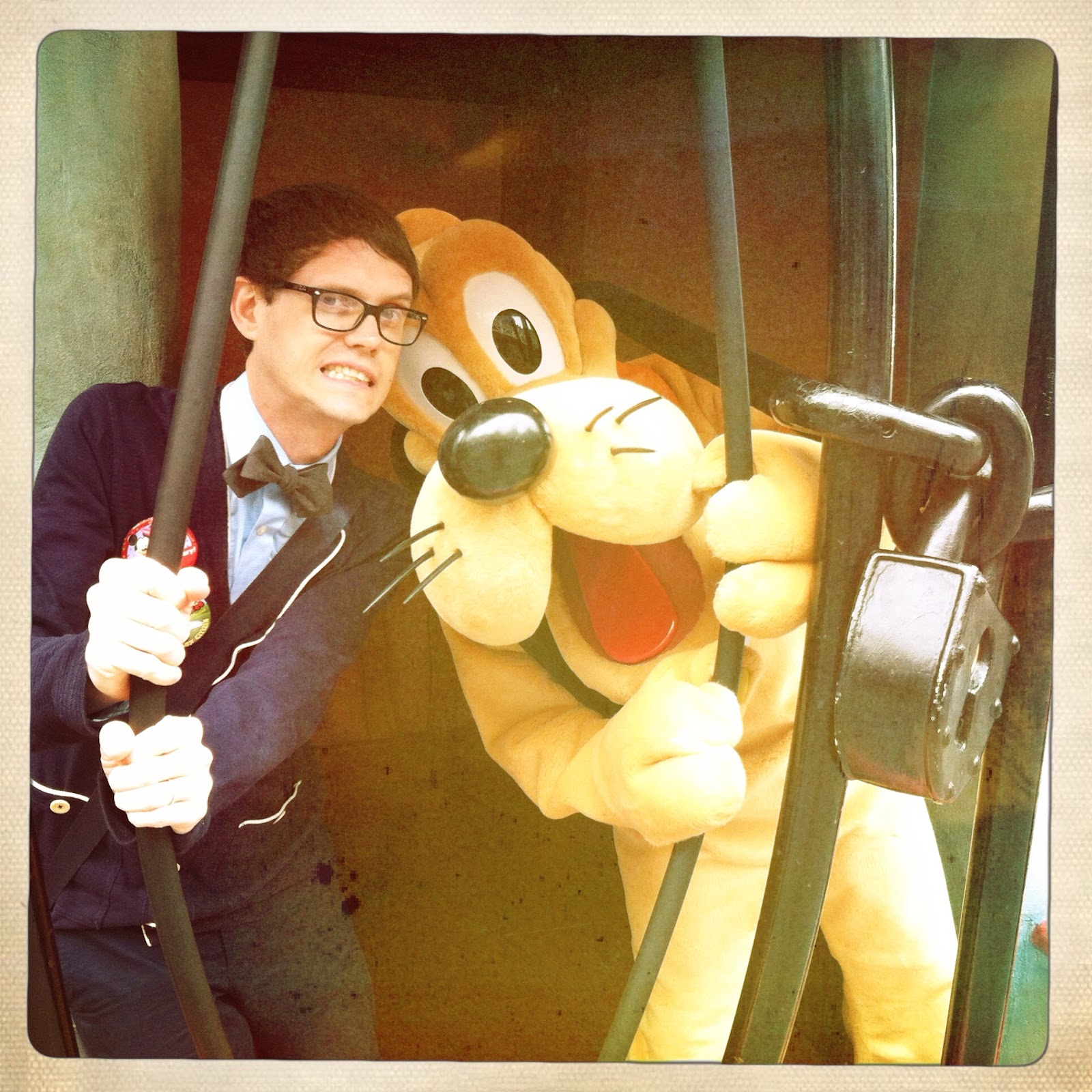 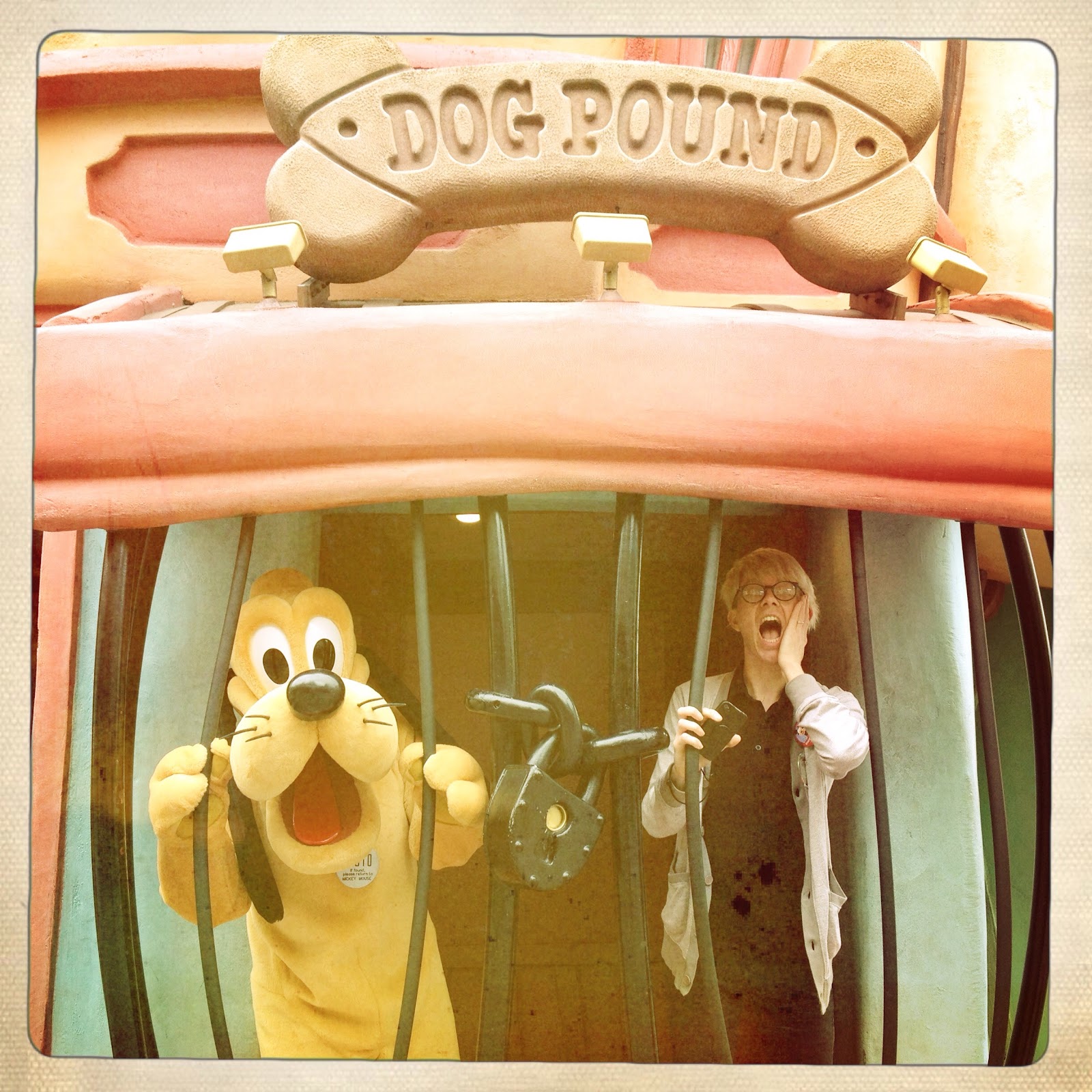 All of these pictures were taken within a few minutes, making this short stop in Toon Town very worth our while.  The liberty that free roaming characters are given is so much fun, and sparks some truly amazing interactions.  Dale making me and Adam hold hands? Adorable.   Its a total shame that this perk doesn't exist anymore, but at least I have this amazing memory.
Posted by Adam and Andrew at Monday, September 22, 2014