Located at the end and directly to the left of Main Street USA we find ourselves in Adventureland.  My favorite land by far, Adventureland by design promises mystery, exotica, and...well, plenty of adventure.  But before the adventure starts, we have to first traverse Main Street and the iconic Adventureland bridge.
Theoretically a guest in the Magic Kingdom should never be fully aware of their crossing from one land to another. Sure, they notice it, but the slow addition and subtraction of elements smooths out the whole process.  The transition from Main Street to Adventureland is one of the most seamless in the park, all while setting you up for a specific style of adventure. 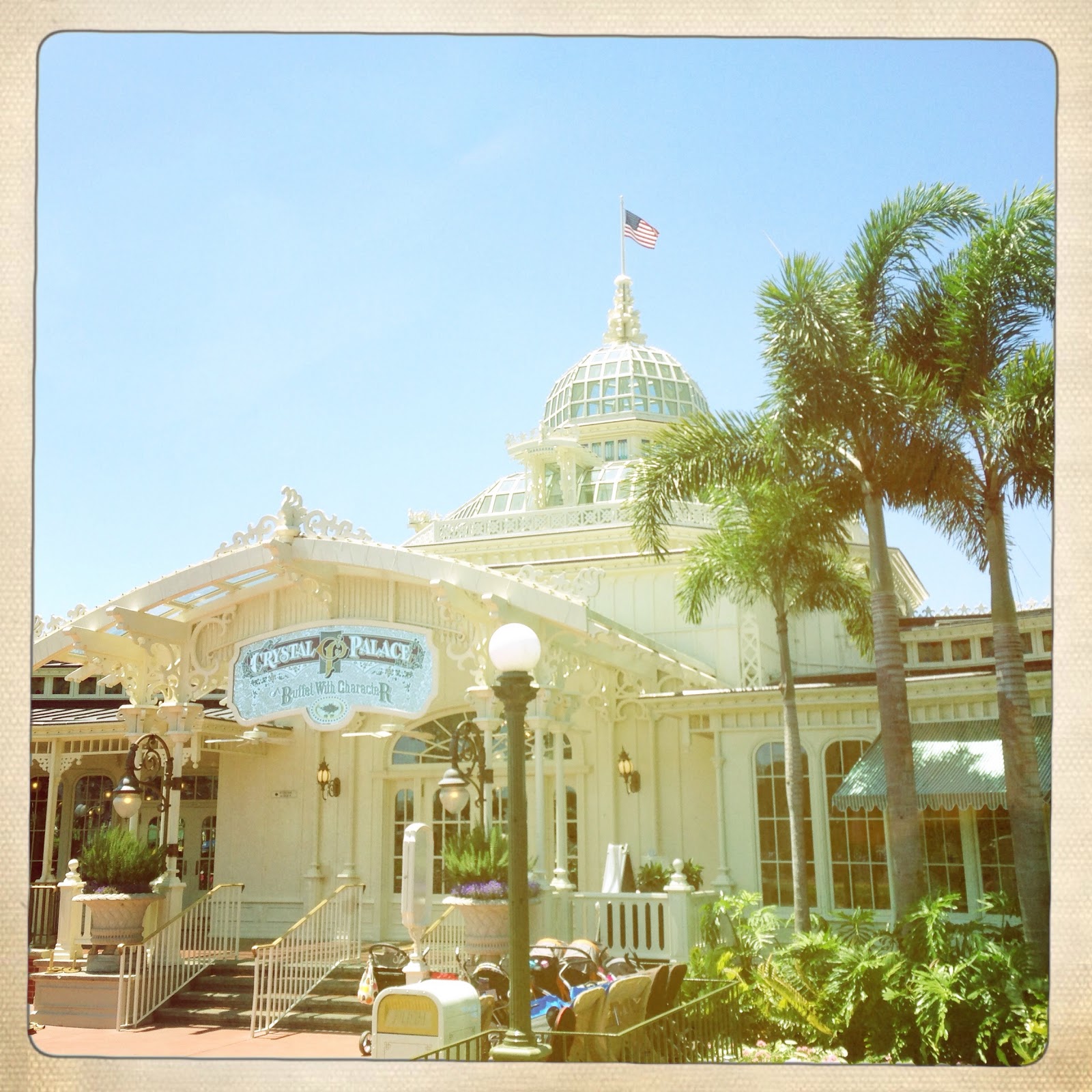 Main Street USA is set at the turn of the century America, at the tail end of the Victorian era.  While the timeline of Adventureland is pretty ambiguous, there is a strong sense of British colonialism found throughout.  In this situation the Crystal Palace restaurant acts as the ultimate blurred line. In reality this style of building was much more likely to be found in Europe than in small town USA, though it wasn't unheard of certainty. The time period qualifies it in both lands. 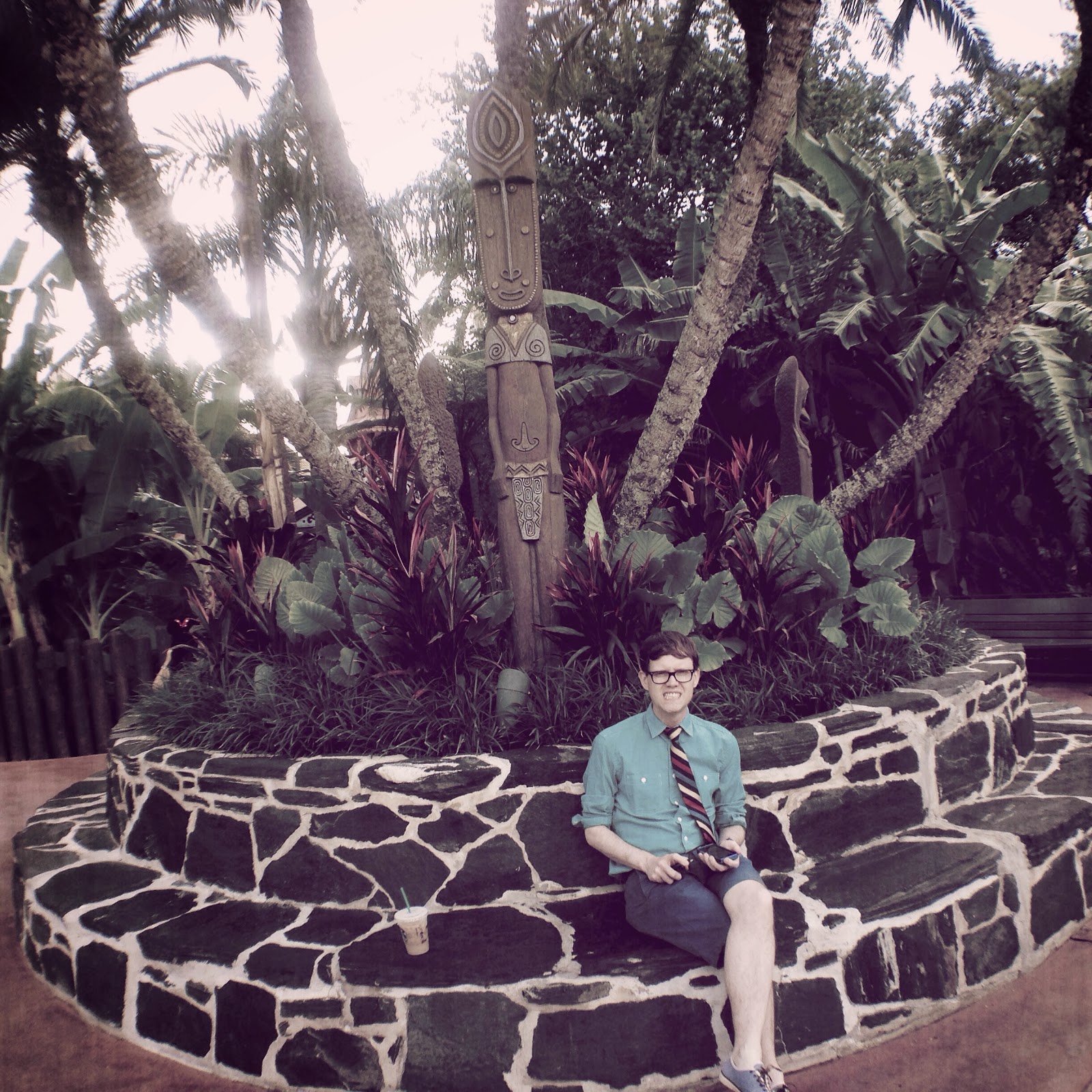 This is also where palm trees start popping up in the landscape, and while you have yet to cross the Adventureland bridge, I think it could be argued that the Crystal Palace is equal part Main Street and Adventureland.  As you approach the iconic bridge into Adventureland, the greenery gets progressively more lush...including one of my favorite places in the world to relax.  Though its full of palms, bromeliads, and tikis this planter isn't within the berm of Adventure.  At this point you can hear both background music loops, which is super charming. 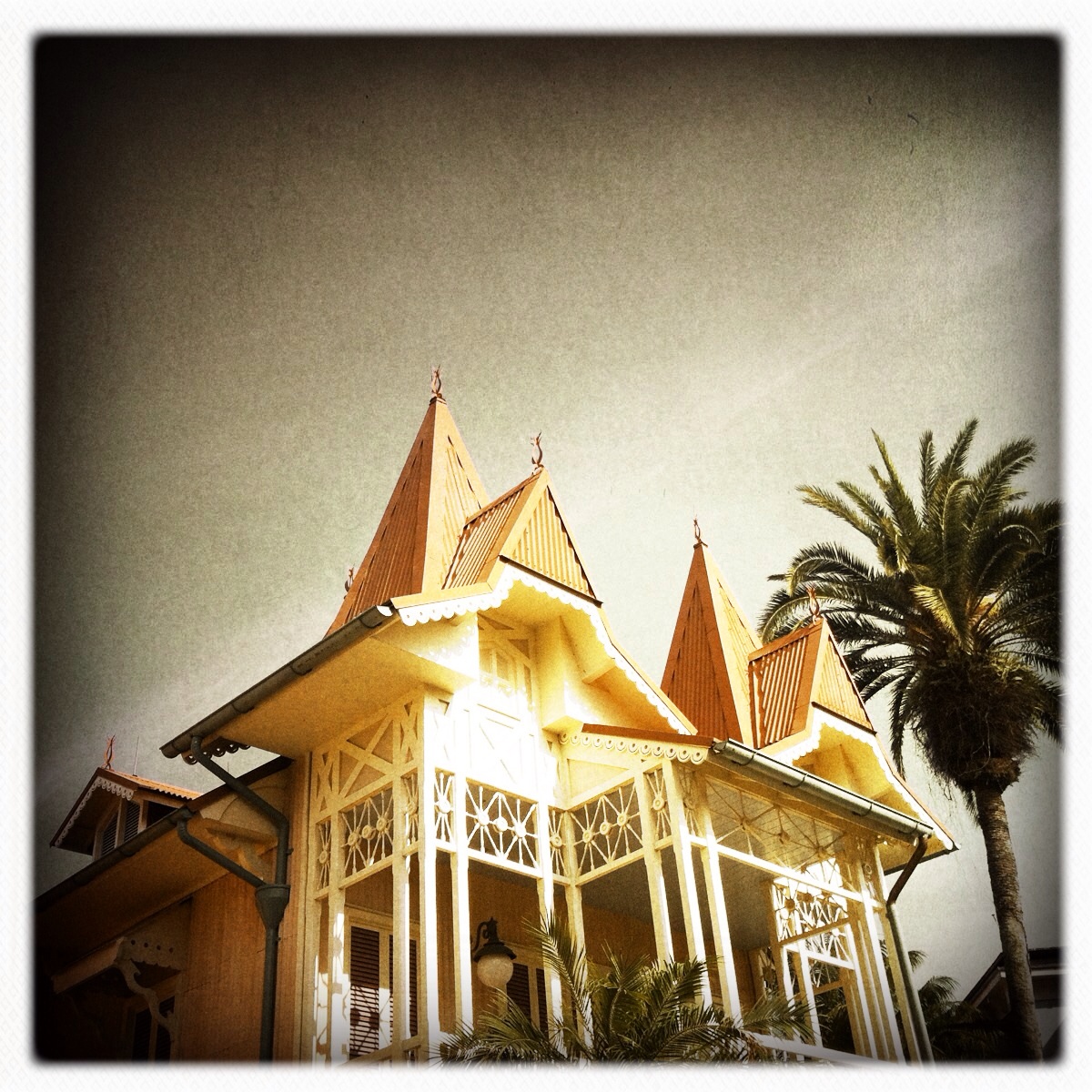 The inclusion of Victorian style architecture is found deep within the first half of Adventureland as well. This helps to "set you up" if your transitioning to Main Street from Adventureland, all while taking the colonialist subplot a bit deeper as well.  The architecture is mismatched, but never disjointed from the land it resides in.  Actually, the architecture lends itself to the surrounding area...Jungle Cruise for sure, but also the Swiss Family Treehouse.  Yes, the Robinson's are Swiss, and the story predated the Victorian Era, but they are missionaries to exotic far off lands.  I could see little Francis growing old in one of the Victorian homes. I think he would prefer the ones in Adventureland over the shiny new ones on Main Street USA.