Five Charming Things That Still Exist In The Norway Pavilion

Unless you've been living under a rock...you too have been shaken by the official announcement of the closure of one of my favorite attractions, Maelstrom.  Whether you love this attraction or not, its hard to not classify it as charming.  Everything from ascending toward Odin's eye, to the oddly shaped polar bear...this attraction is like the weird cousin at a family reunion.  When the time comes for Maelstrom's closure (in a few short weeks...) we will be in mourning.  But for the moment lets appreciate five random things in the Norway pavilion that we can still love. (for now, I guess...seeing that NOTHING IS SACRED.) 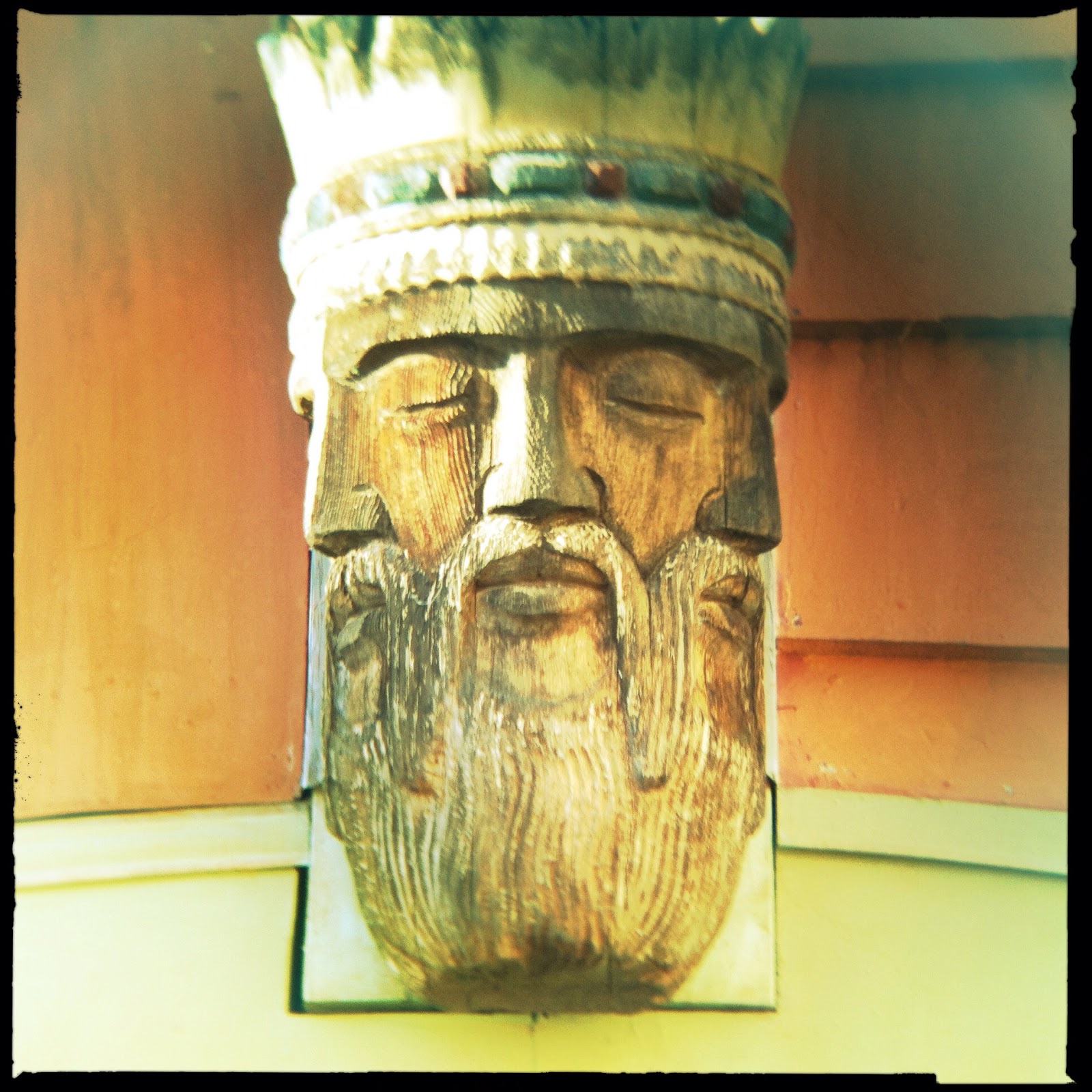 This three faced king is located above an entrance to The Puffin's Roost store.  While I don't really know the significance of this handsome fella, aesthetically he's very pleasing.  Anyone know what he is? 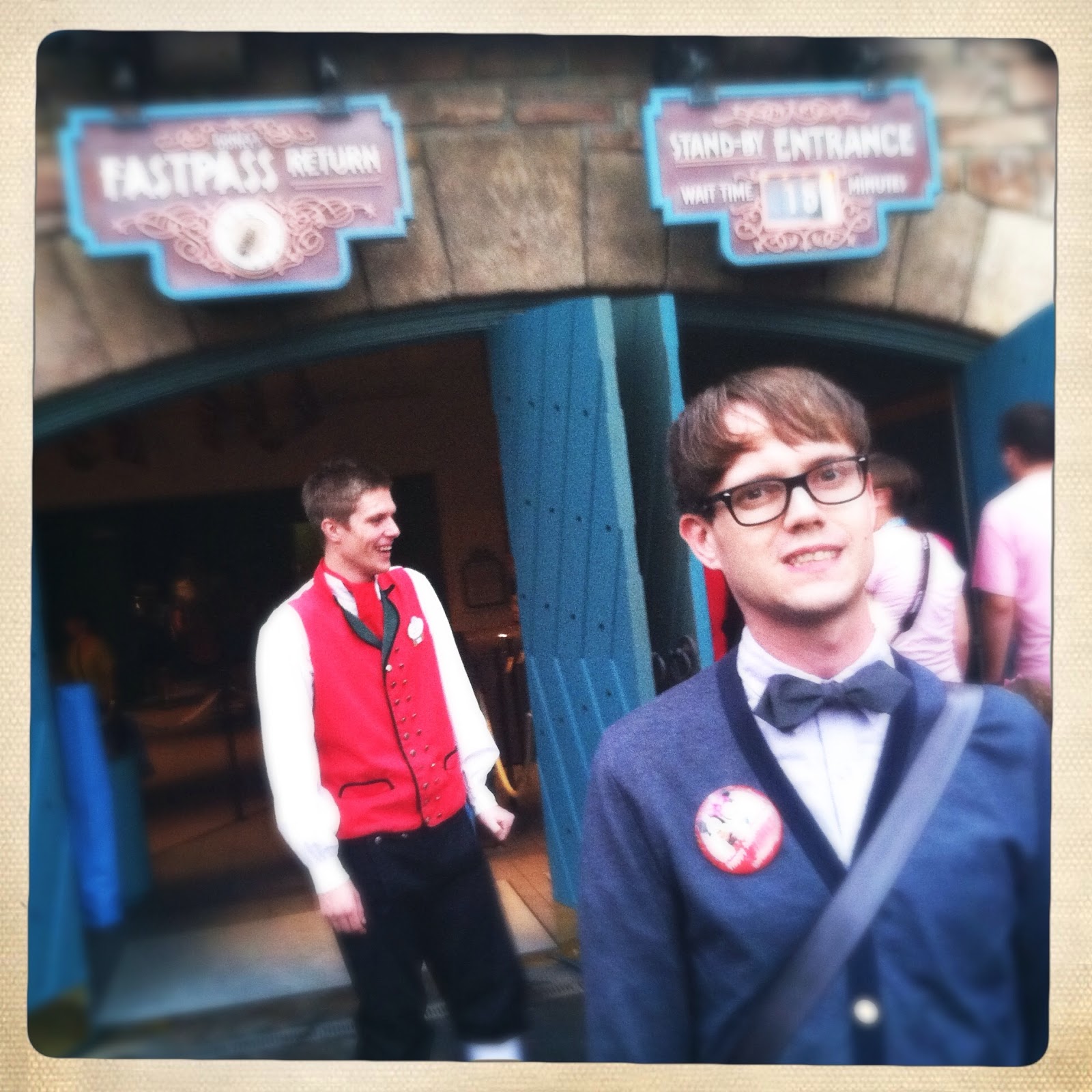 Something else that will hopefully stay the same FOREVER are the adorable Cast Members who occupy the pavilion!  One of our favorite pastimes is taking pictures of each other...while secretly snapping pictures of cute Norwegian guys.  (and don't get me wrong, the gals are nothing to sneeze at either.) 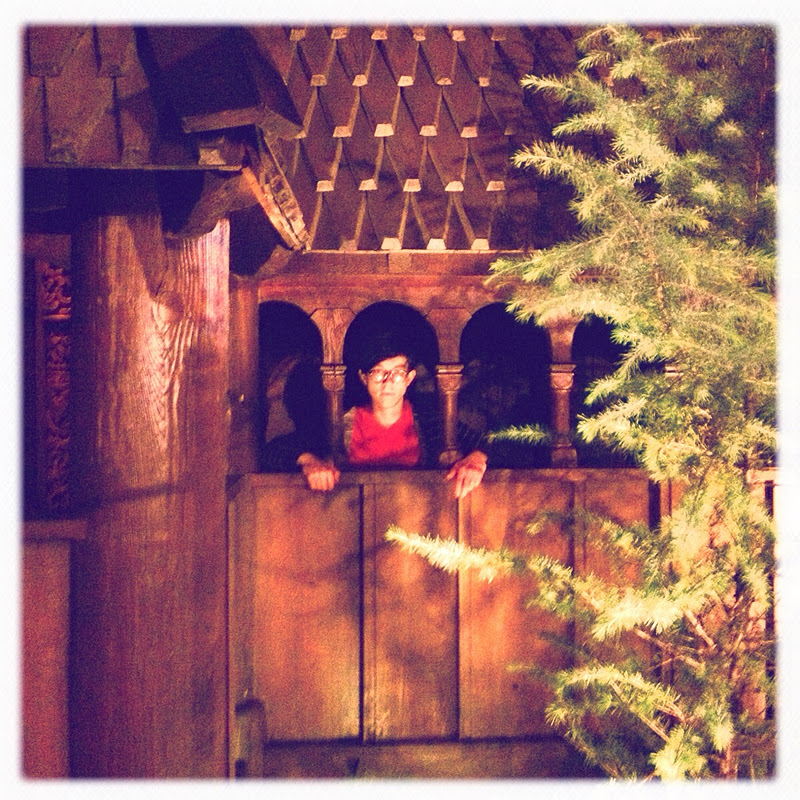 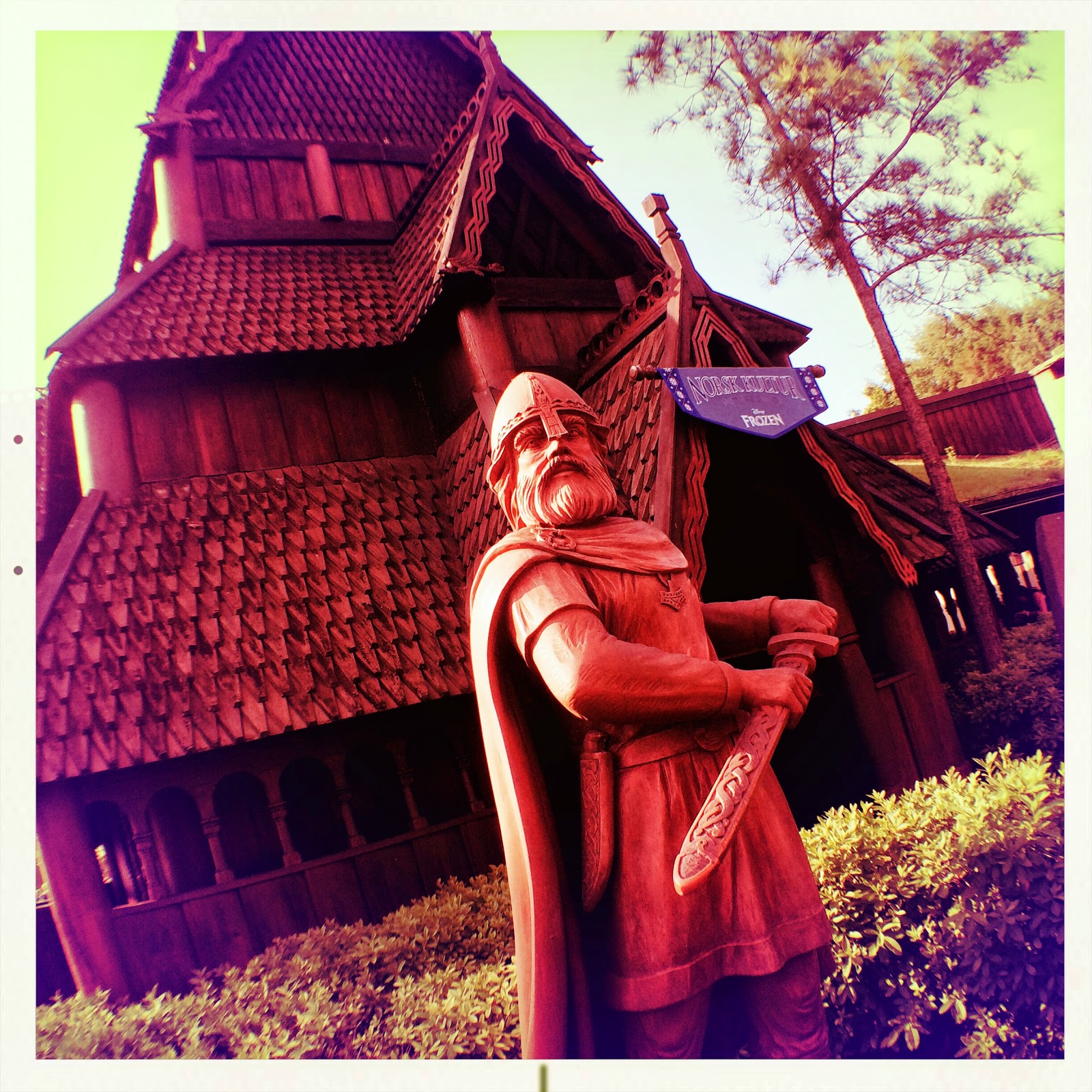 Speaking of the stave church...I'm in love with this viking.  His friend inside the church may have gotten the boot, but he remains to guard all the Frozen paraphernalia. :/ I'm pretty sure I've mentioned my love of the Kringla Bakeri Og Kafe before (maybe a few times?)...the restaurants food is among my favorite at Epcot.  However, the fifth thing on this silly list is actually the sign out front.  What the heck is going on here?  A pretzel with a crown? Not really sure, but I know I adore it.

After a long weekend of defending Maelstrom on Twitter I really needed to focus on a few positive things, hence the lighthearted nature of this post.  There is still a lot of charm to be found in the Norway pavilion.  Lets all cross our fingers that it remains post-Maelstrom.