Another week goes by, and another country is subject to our Shake To Randomize series! We're halfway through exploring the pavilions of World Showcase…though I know it has to end eventually, I really don't want it to.
Today we're going to the "beginning" of World Showcase. (as opposed to the "end" aka Canada.) Originally I had intended on these pictures being a totally separate post about the area, but they just fit the nature of the Shake To Randomize series so well I had to use them. 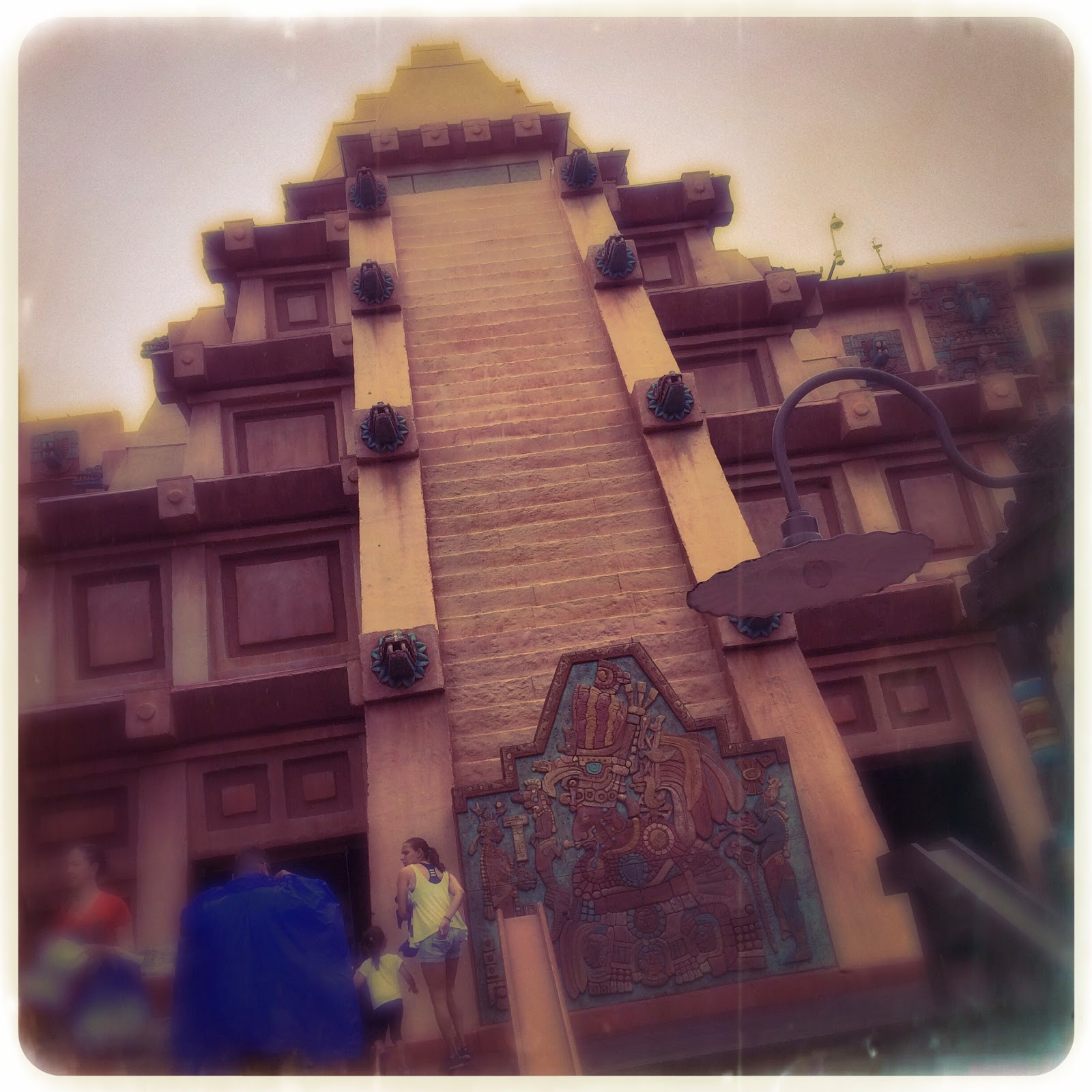 The Mexico pavilion  can be a tricky subject matter.  Not only are most of the interesting sights indoors, but its very dark inside by design.  The Mesoamerican pyramid, which acts as the biggest landmark in the pavilion, always lends itself to photos though. 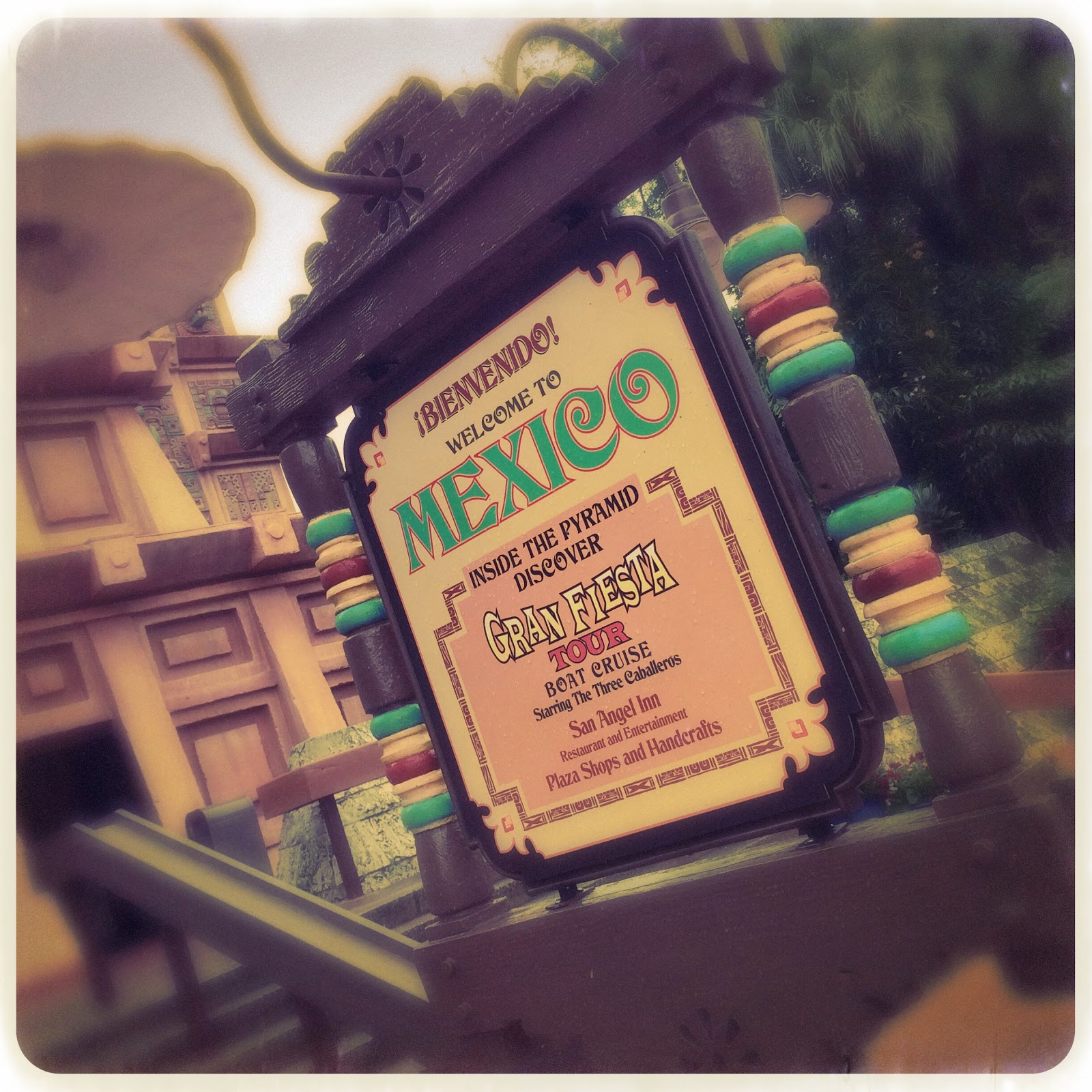 Another great outdoor area is just around the corner.  These ruins act as the backdrop for the very popular Señor Donald meet and greet, but they make for some great photos between his visits.  The area also has gorgeous landscaping... 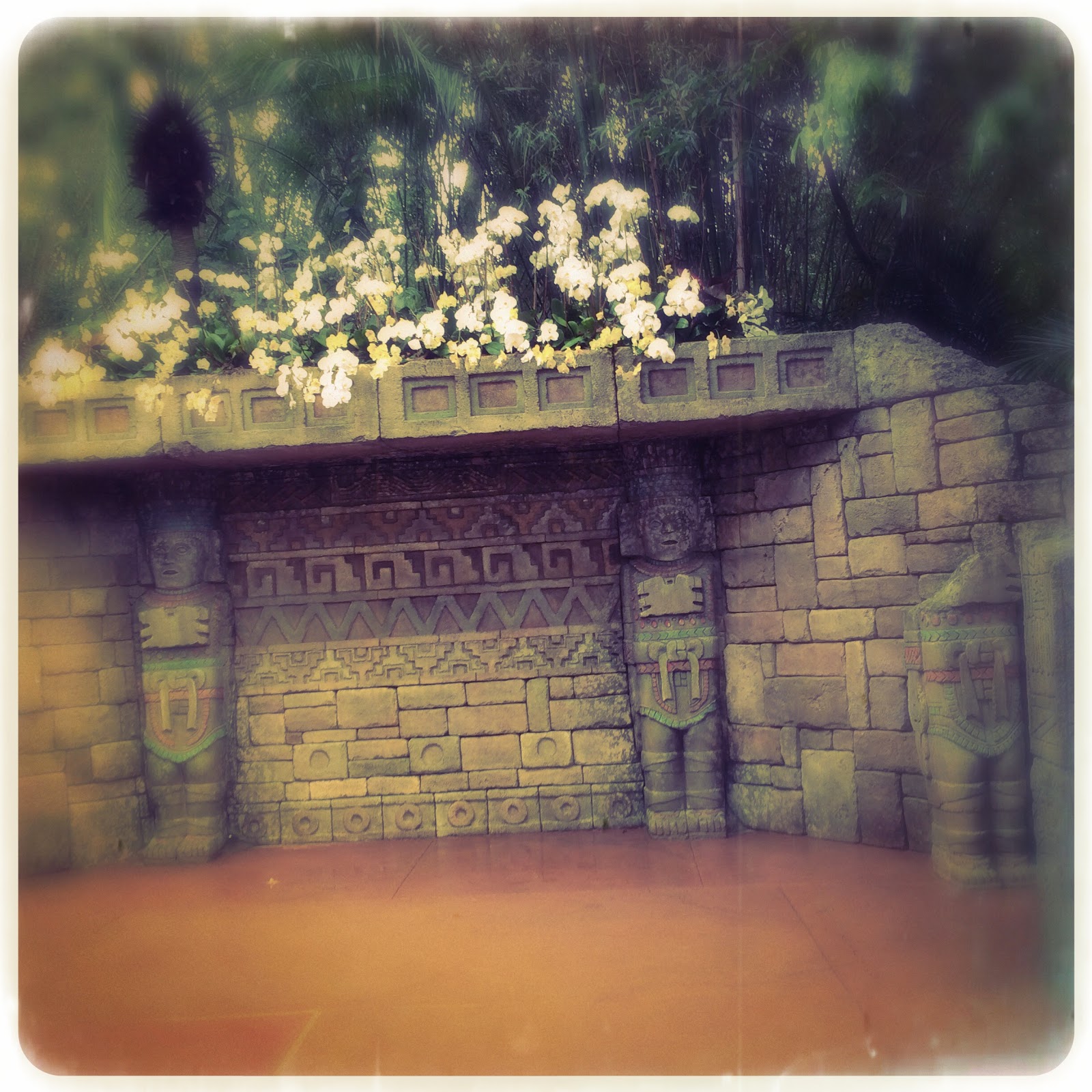 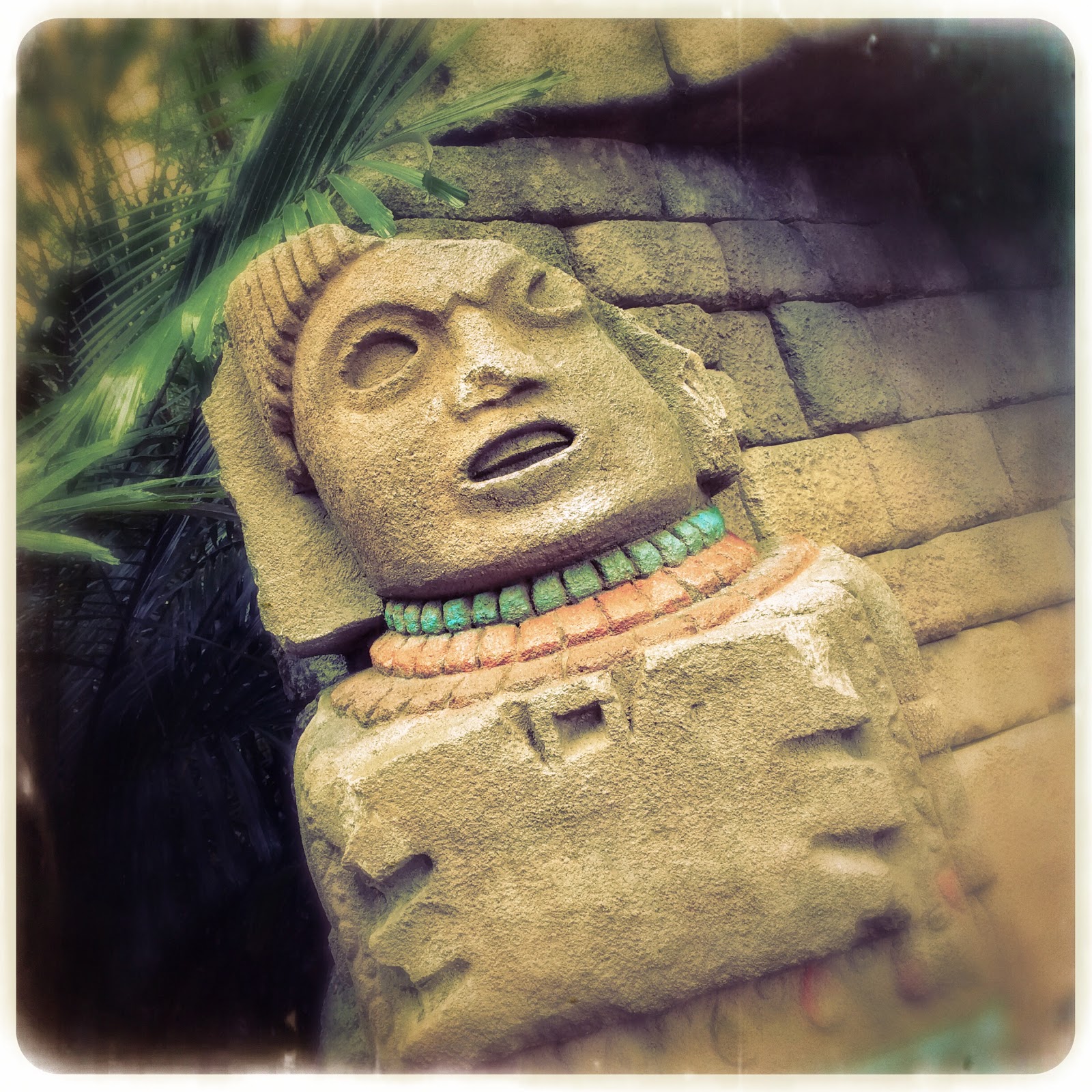 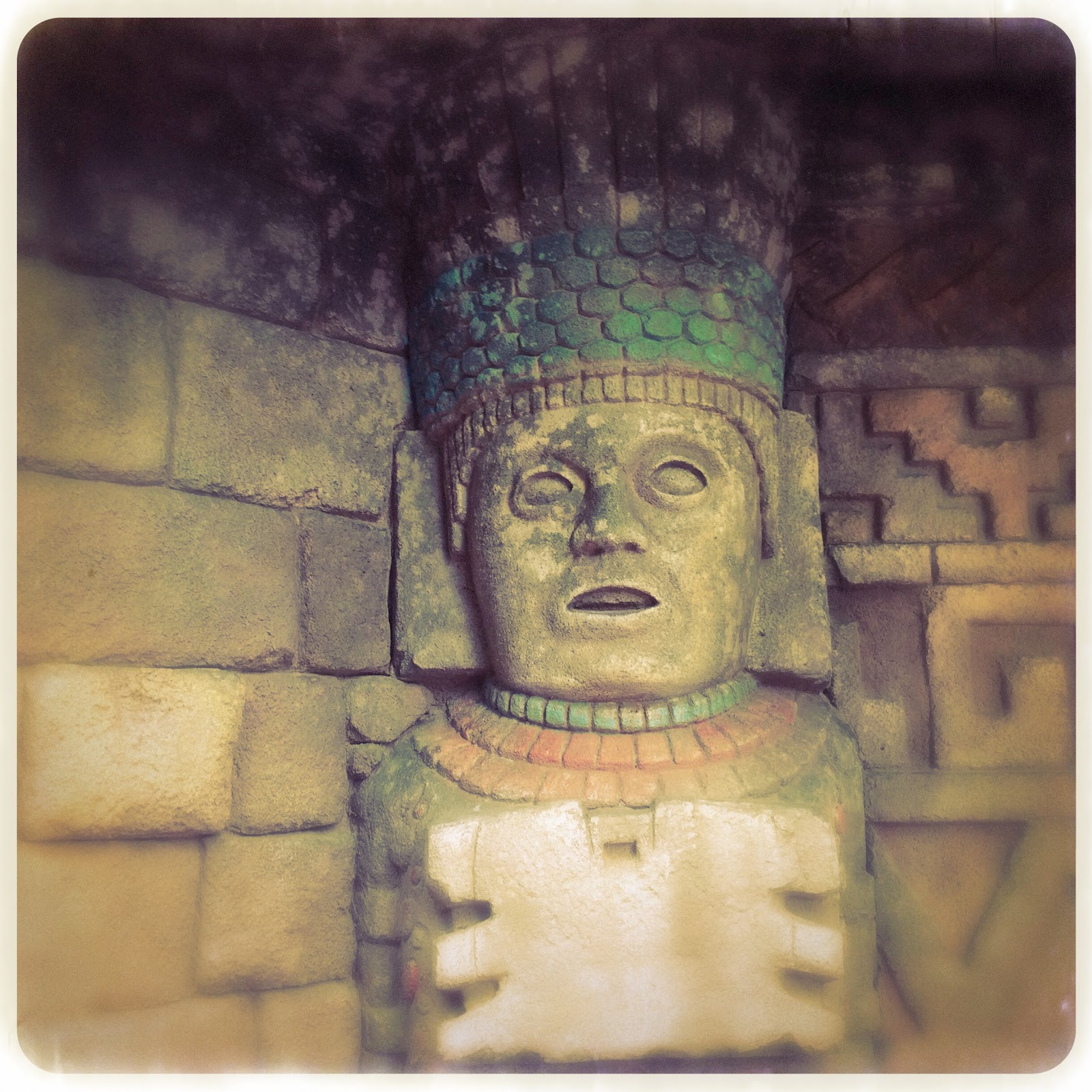 As far as the filter combinations go this one pretty ok.  The blurring around the edges can work well in an outdoor situation, and isn't too prominent here. There is also a soft vignette around the edges promoting a nice focal point.  This would probably be a good choice for photographing food.

Do you have a favorite country to photograph? Which pavilion is the ugliest?  Let us know over on Twitter or Facebook!
Posted by Adam and Andrew at Friday, July 11, 2014