Gupta's Gear is an extensively themed area in the Asia section of Disney's Animal Kingdom…and thats about it.  Its not a restaurant, or a store, or really anything.  This building houses the women's restroom along the main walkway in Asia... 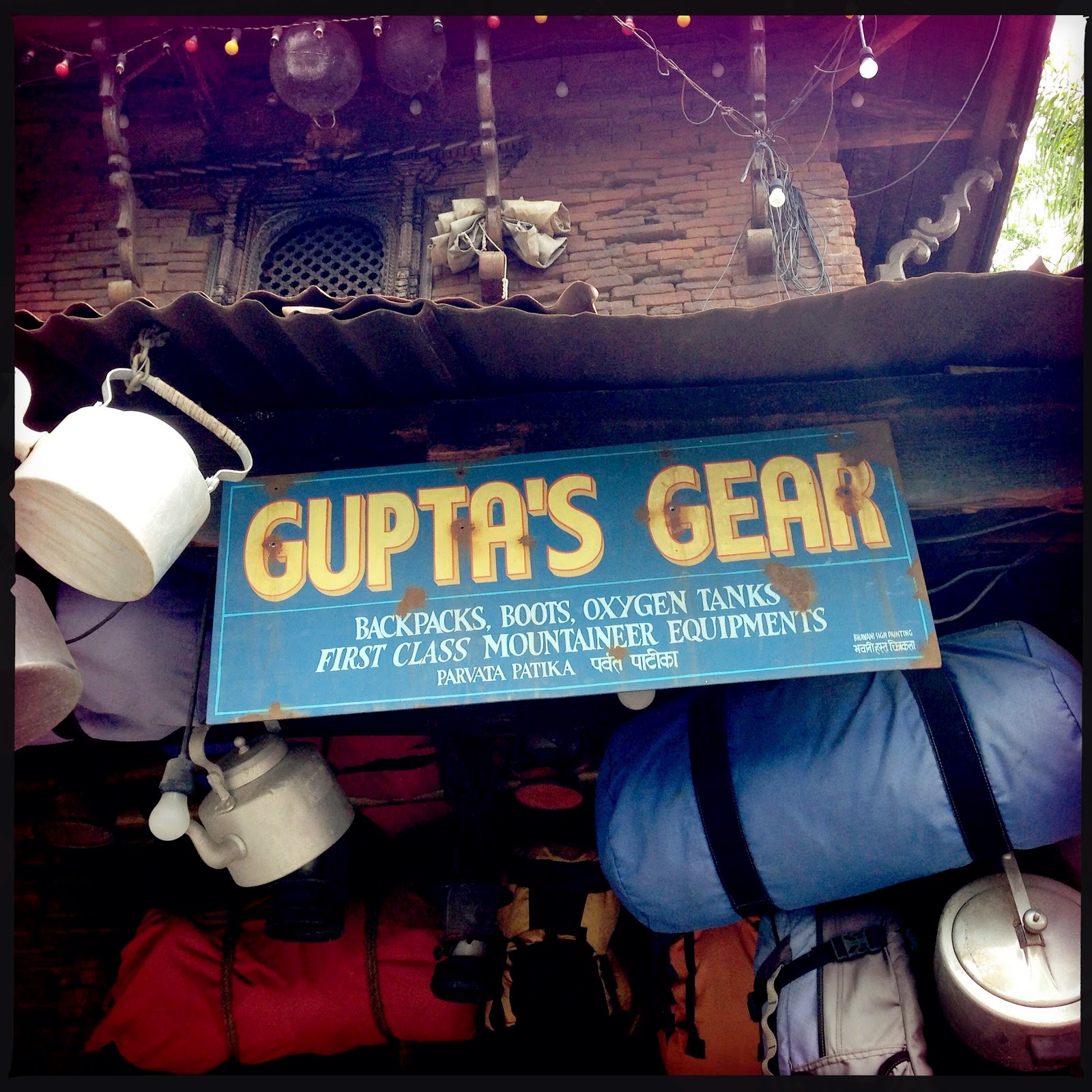 Continuing the extensive theme of asia Gupta's Gear is a excursion supply company providing wares for explorers about to traverse Everest.  Backpacks, pots, pans, kettles, and tiffins hang from the rafters. Aged wood and decaying brickwork make up the majority of the building, giving it an authentic feel in the greater context of Anandapur.  The flimsy tin roof on the lower level is inspired theming. 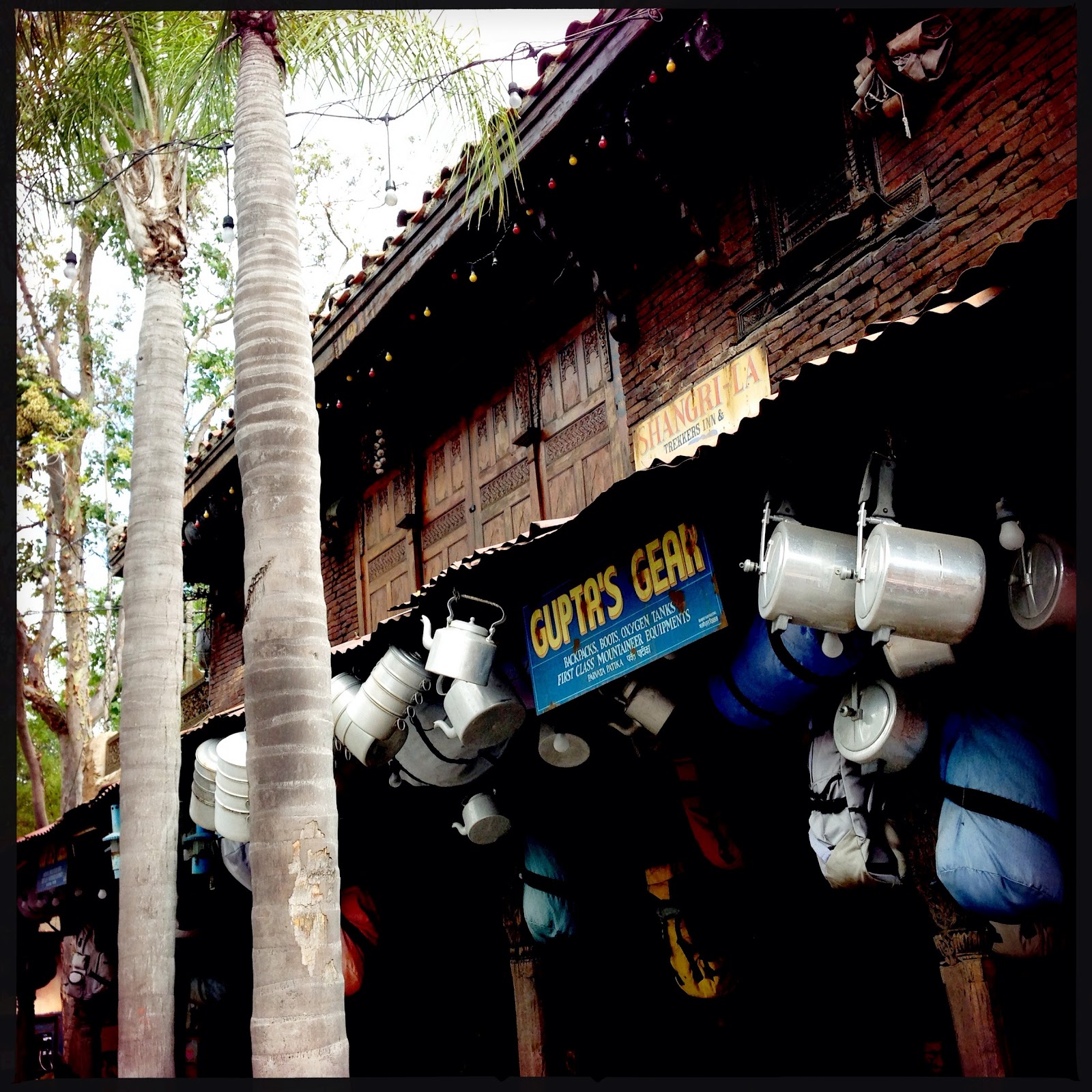 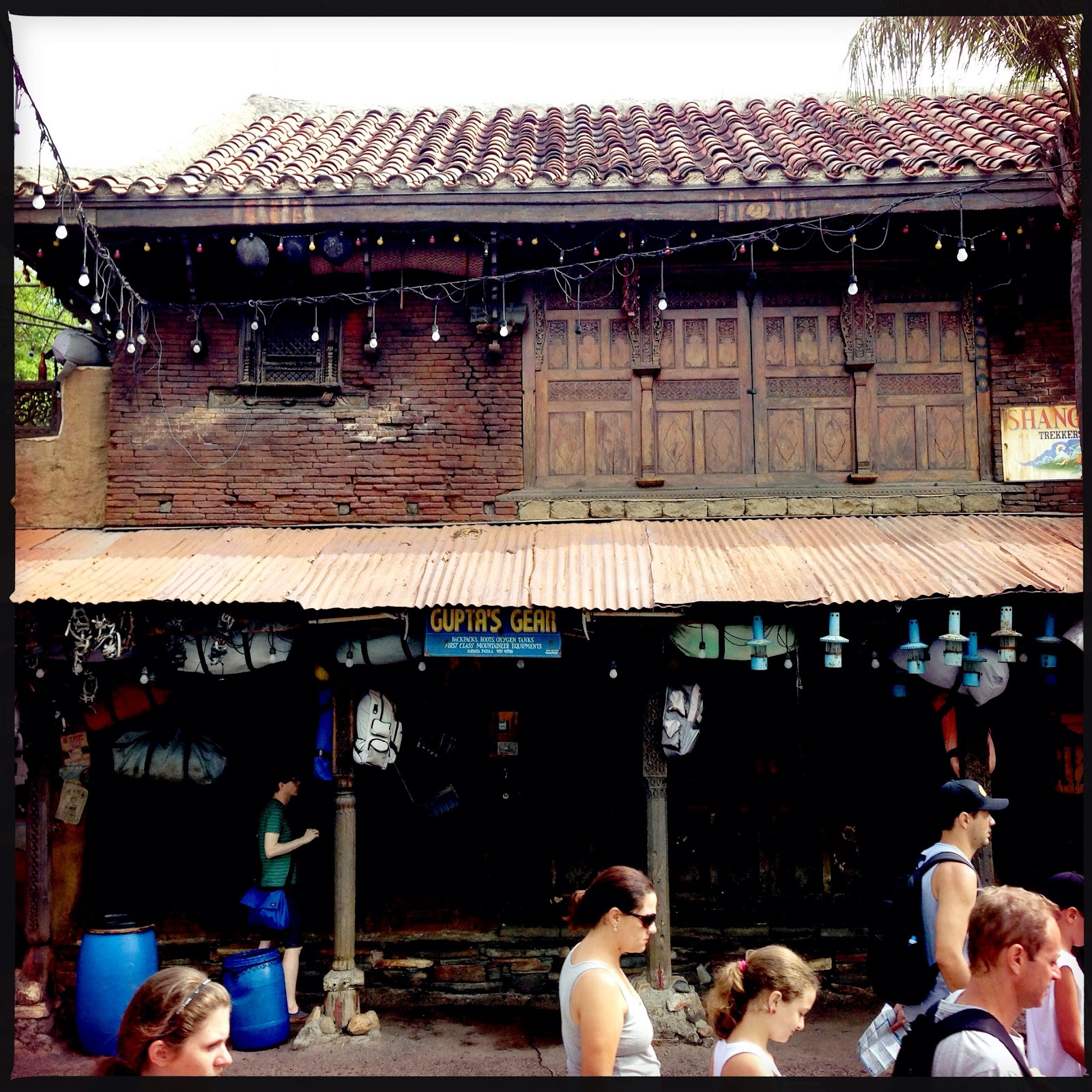 Hanging lanterns and Christmas style lights adorn the building as well, making this a gorgeous stop at night! Few people take the time to investigate this space, considering Everest is just around the corner, but it will reward the curious. 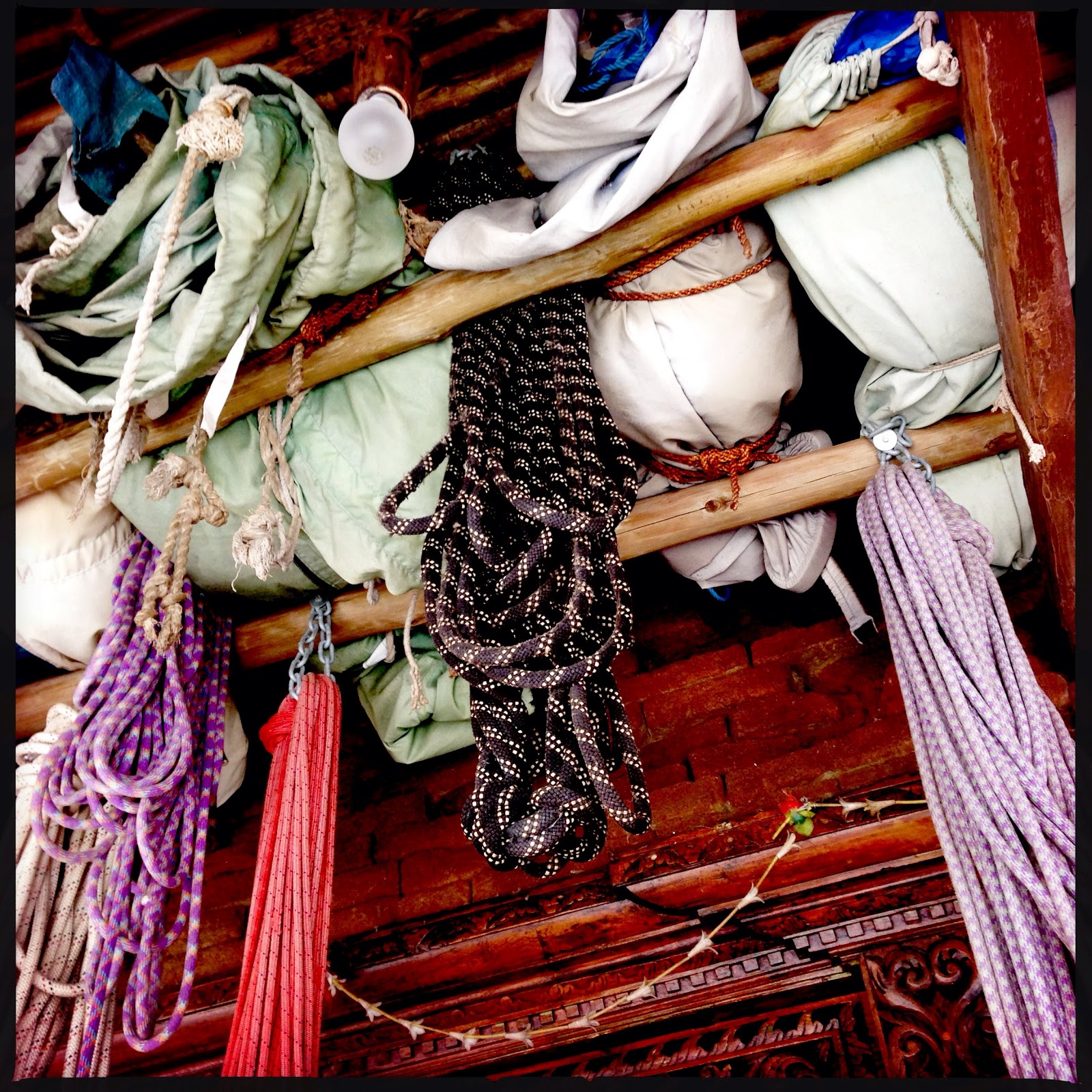 Don't let the craggily display fool you! The years have been kind to old Gupta. Just check out the fine extensive wood working just beyond all the gear. 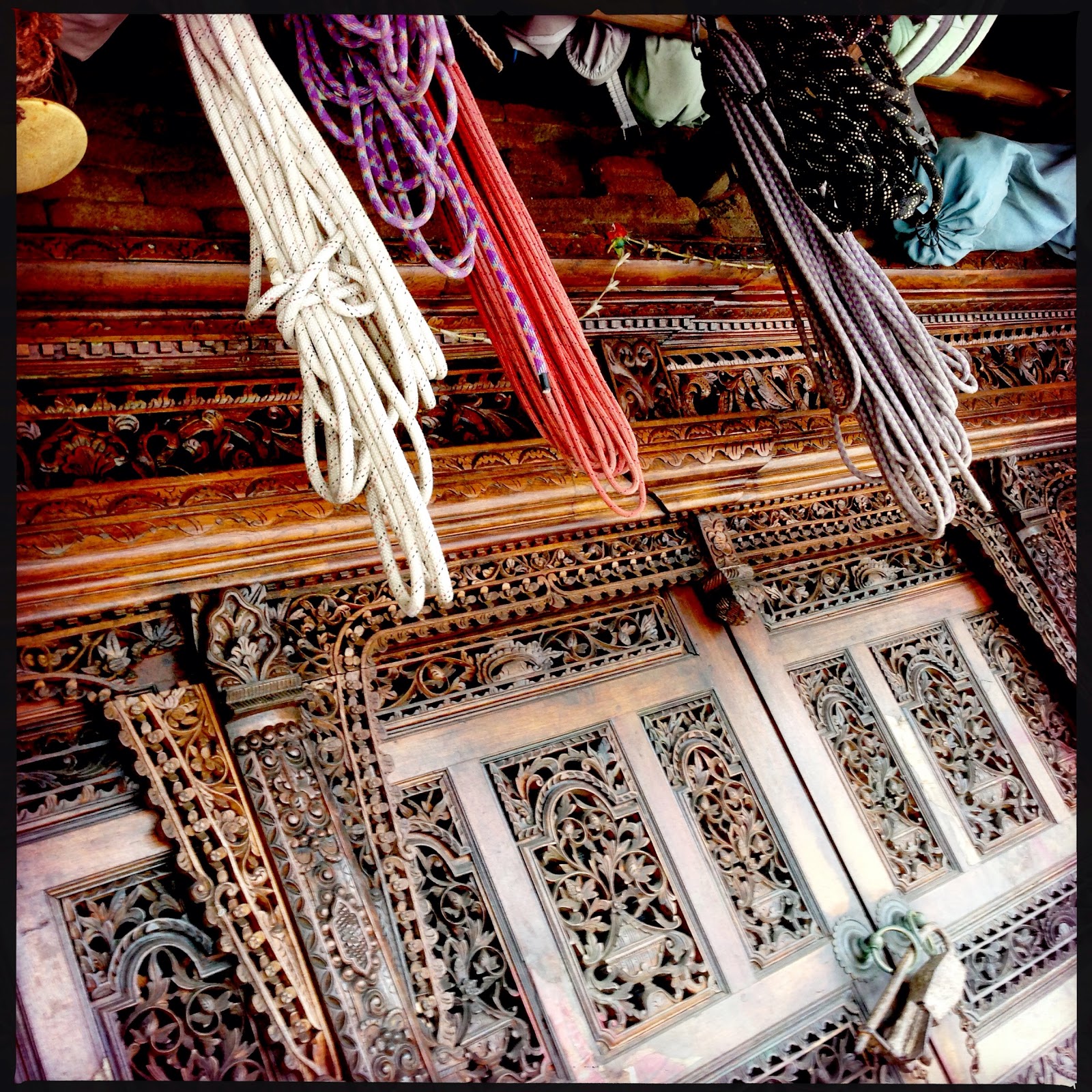 In the grand tradition of exhaustively themed restrooms at Disney parks, Gupta's gear is among the best.  It would have been relatively easy to push the building beyond the berm of visibility…but including the building along the walk adds so much "good clutter" to the area, making it seem more lived in.  Thank you Gupta's Gear, for keeping it real.