On Episode 104 of the Disney Hipster Podcast, we, along with Jamie and Keith, take a 60 question Exam based on Walt Disney World basics. There's also a few trivia like questions mixed in because some un-named cohost doesn't know how to listen to the rules :/ The episode comes out on Sunday May 25th, at 12pm. 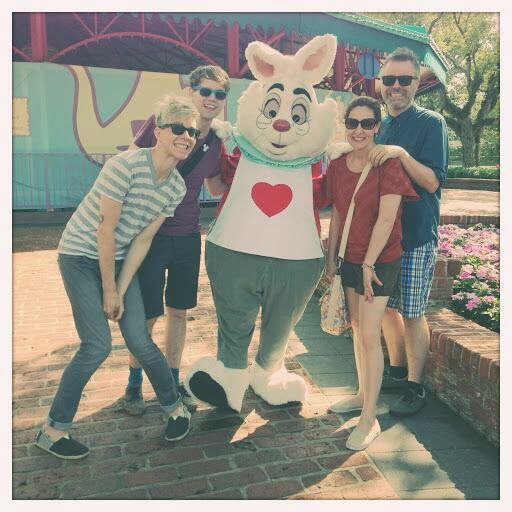 We got the idea when all of the school aged kids of our friends and family were recently taking their state exams. We wondered how much basic stuff about WDW we wouldn't know if we were forced to take a test about it. We also thought we should post the questions in advance so the listeners could play along. :)

If you'd like to take the exam to see how you do before listening to the episode, the Exam is posted after the jump...

The Disney Hipster WDW Exam
1.       What year did the MK open?
2.       How many Adventureland tiki drums are there?
3.       What is the regular and DVC Disney Resort hotel check-in and check-out times?
4.       Who is the most recent president to be sitting down in Hall of Presidents?

7.       What terminal AND level do you catch the Magical Express at Orlando International?

10.   What was the last world showcase pavilion added?

11.   What flavors of soft serve does Aloha Isle carry?

12.   What are the eight available colors when choosing your magic band?

14.   How many drops are there on Splash Mountain?

15.   How many stops does the electrical water pageant make if the MK is open until 11pm? Extra Credit if you can name the locations and order in which it stops.

16.   If you were to alphabetize all the current attractions (not counting meet and greets) at the Magic Kingdom, what would be first?

17.   What are the dominations of Disney Dollars?

20.   Name 2 films advertised inside The Tree of Life.

21.   What moderate hotel was the first?

23.   What are the 2 background colors used on the majority of the WDW road signs?

24.   At the entrance to WDW property you pass under the entrance sign that features Mickey and Minnie – which one is on the left?

27.   What types of nuts can you get cinnamon glazed throughout the parks?

28.   What are the full titles of all four Pirates of The Caribbean films (in order)?

29.   How much does a school bread currently cost?

31.   What 2 countries do not light up during illuminations?

32.   What is the name of the roadie that the Aerosmith guy asks to hand him his Les Paul?

33.   What two places can you find Magic Cookie Bars?

34.   How many spitting camels are there in Adventureland?

38.   What is the name of the "main store" (Emporium, Mouse Gear etc…) on Discovery Island at Animal Kingdom?

39.   Name 7 Non Disney Films that are practically showcased (not the final film) in The Great Movie ride?

40.   What are the names of the mother, father, son and daughter in Carousel of Progress?

46.   Who is the current sponsor of Living With The Land?

47.   What are the 5 types of creatures on the Animal Kingdom entry sign.

48.   Where are the restrooms in Liberty Square located?

50.   Who is the current sponsor of the various "photo spots"?

51.   What is the scent of the Shampoo currently used at Disney Resorts?

53.   How many color monorails are there?

54.   What is the current price of a ‘Length of Stay’ Rapidfill Mug?

55.   Complete this attraction quote (5 words): "The approaching storm may seem violent and destructive to us, but to nature it's a new beginning _ _ _ _ _.”

56.   What are three of the six Jeopardy categories on EEA?

58.   How many ferrys currently run between the TTC and the Magic Kingdom? Bonus points if you can name both.

59.   What is the Final Jeopardy Answer in Ellen’s Energy Adventure?

60.   What is Phylicia Rashad’s character name on Countdown to Extinction?
Do you do better than we did? Spolier…we didn't do very good :( Let us know on twitter @disneyhipsters or in the comments below.

You can download or stream Episode 104 on iTunes here:

Or directly on podbean here: