I hate the concept of "throwing Hollywood Studios a bone." After all, Disney Hipster Blog encompasses the entire Disney realm…movies, parks, art books, music, etc.  This of course includes our least favorite Disney park, Disney's Hollywood Studios.  I know that this park has its champions (we're looking at you @megadis13…) but we've never really connected with it.
However, there are parts of this park that are charming as anything. Specifically, the Echo Lake area and GERTIE THE FREAKING DINOSAUR.  Sorry for screaming, but how have we never once posted a picture/post about Gertie?  Our friend @GertieTheDino89 would be so disappointed in us…
I was able to sneak out of 50's Prime Time Cafe as Adam was paying the bill to snap a few photos of this gorgeous park icon. 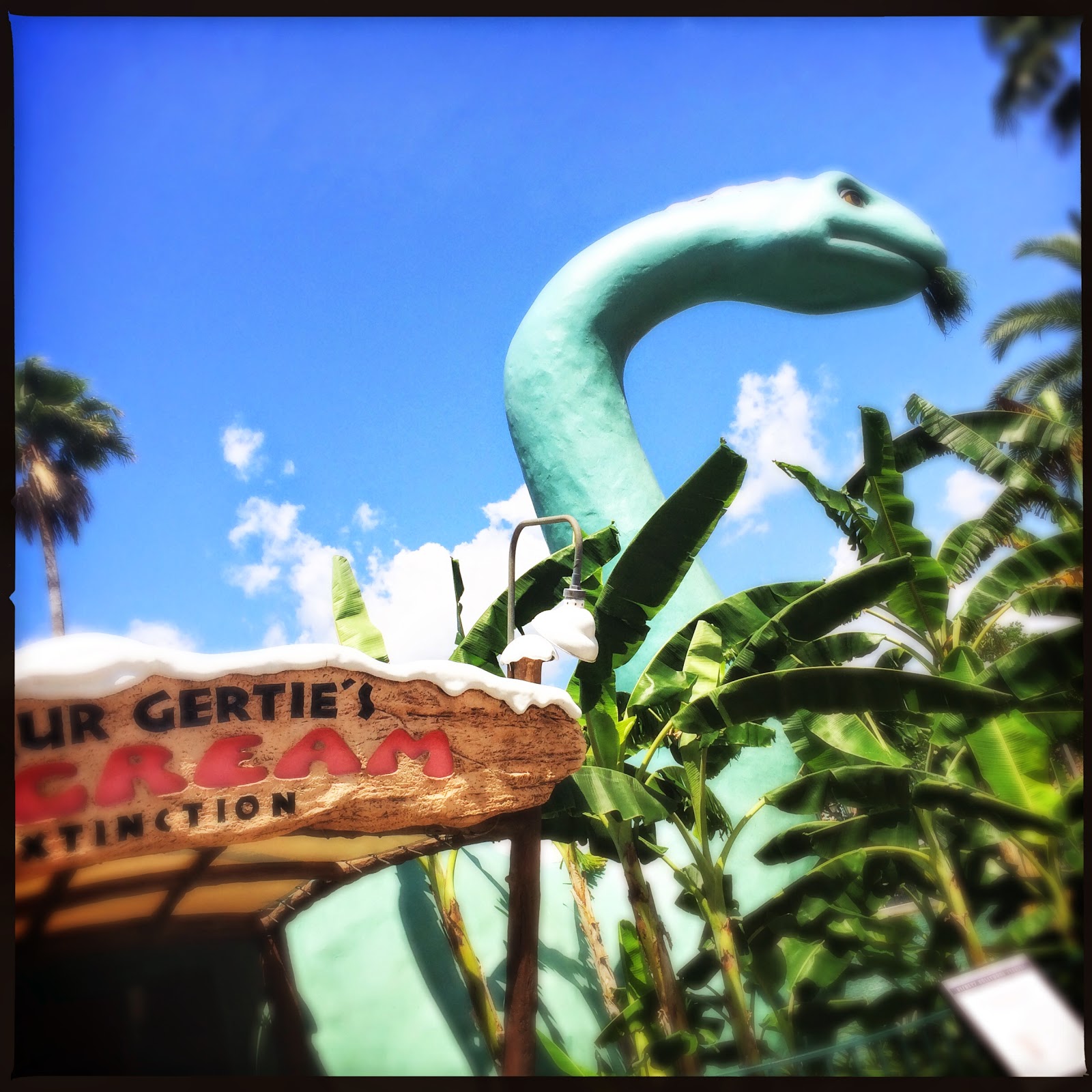 For those unfamiliar, Gertie houses Dinosaur Gertie's Ice Cream Of Extinction…a small ice cream stand that holds particularly weird operating hours.  There is a nearby plaque which reads:


Dinosaur Gerite's Ice Cream of Extinction was built as a tribute
to "Gertie the Dinosaur," one of the first well-known animated
cartoon stars.  Gerite first amazed vaudeville audiences in 1914
when she was projected life-size onto a screen and shared
the stage with her creator, Winsor McCay.

The themed style of the building is known as "California Crazy"
architecture.  It became popular in the 1930's and was designed
to attract the attention of potential customers in a big way. 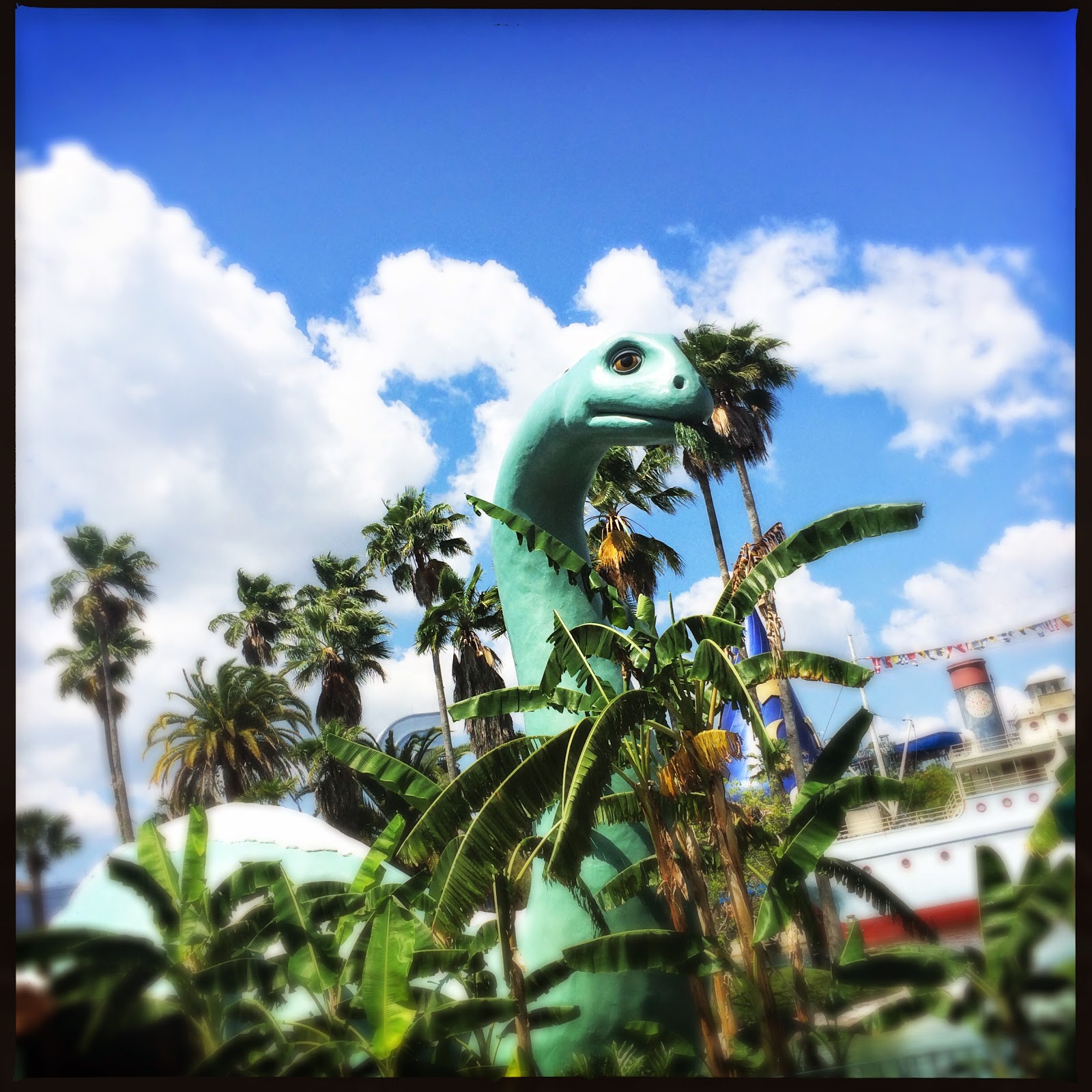 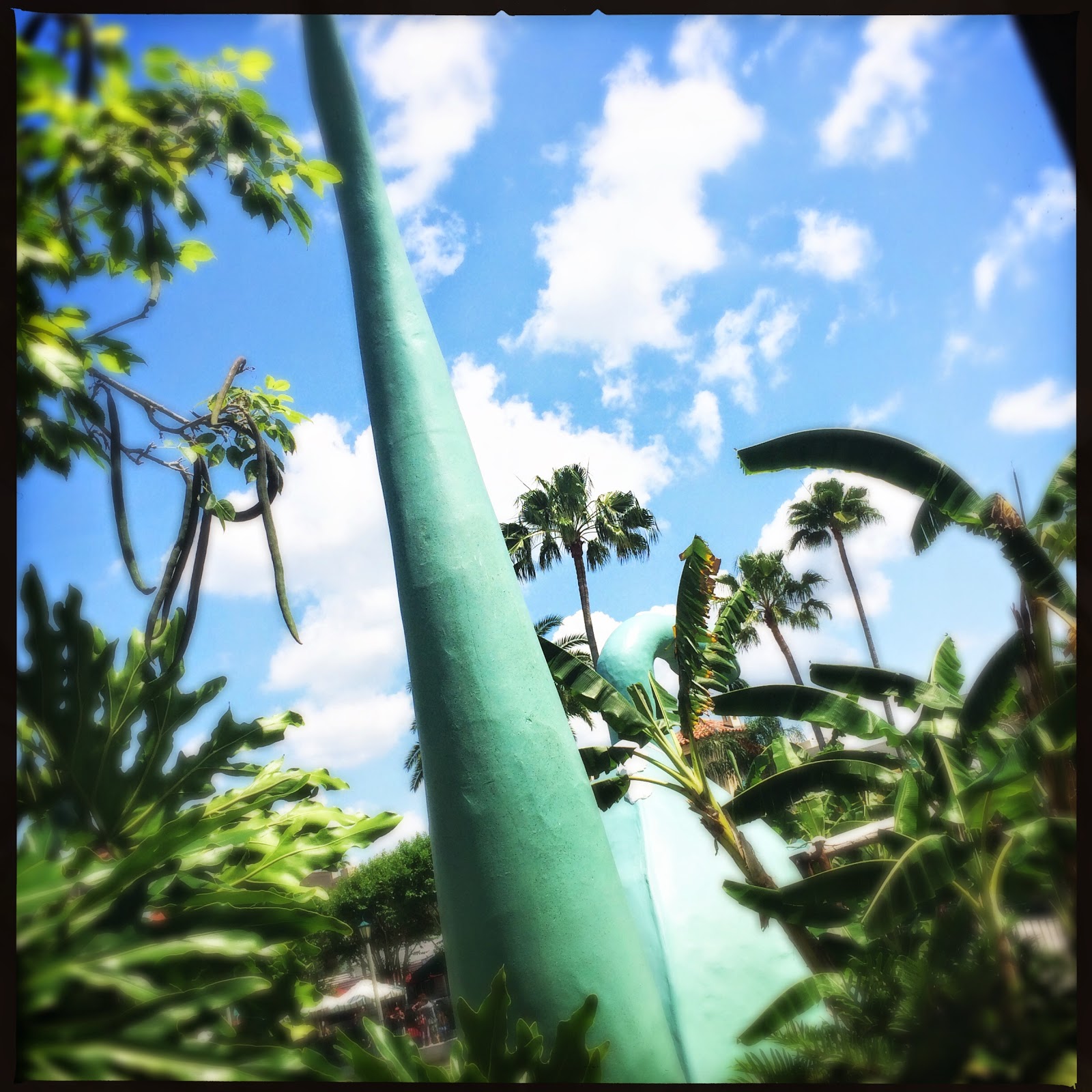 Obviously this post should have been on this blog ages ago…but with our semi-renewed interest in Disney's Hollywood Studios it seems even more appropriate now.  Heres hoping DHS will have some money finally invested in her, and that Gertie will make the cut.  Love love love her.
Posted by Adam and Andrew at Monday, May 12, 2014