Today lets take a ride on the Peoplemover! The notoriously amazing, ever moving vehicles, designed as public transportation for EPCOT,  have lent themselves well toward the simplistic idea of attraction posters.  Here we find three different versions of the attraction, all three with different posters and artists. 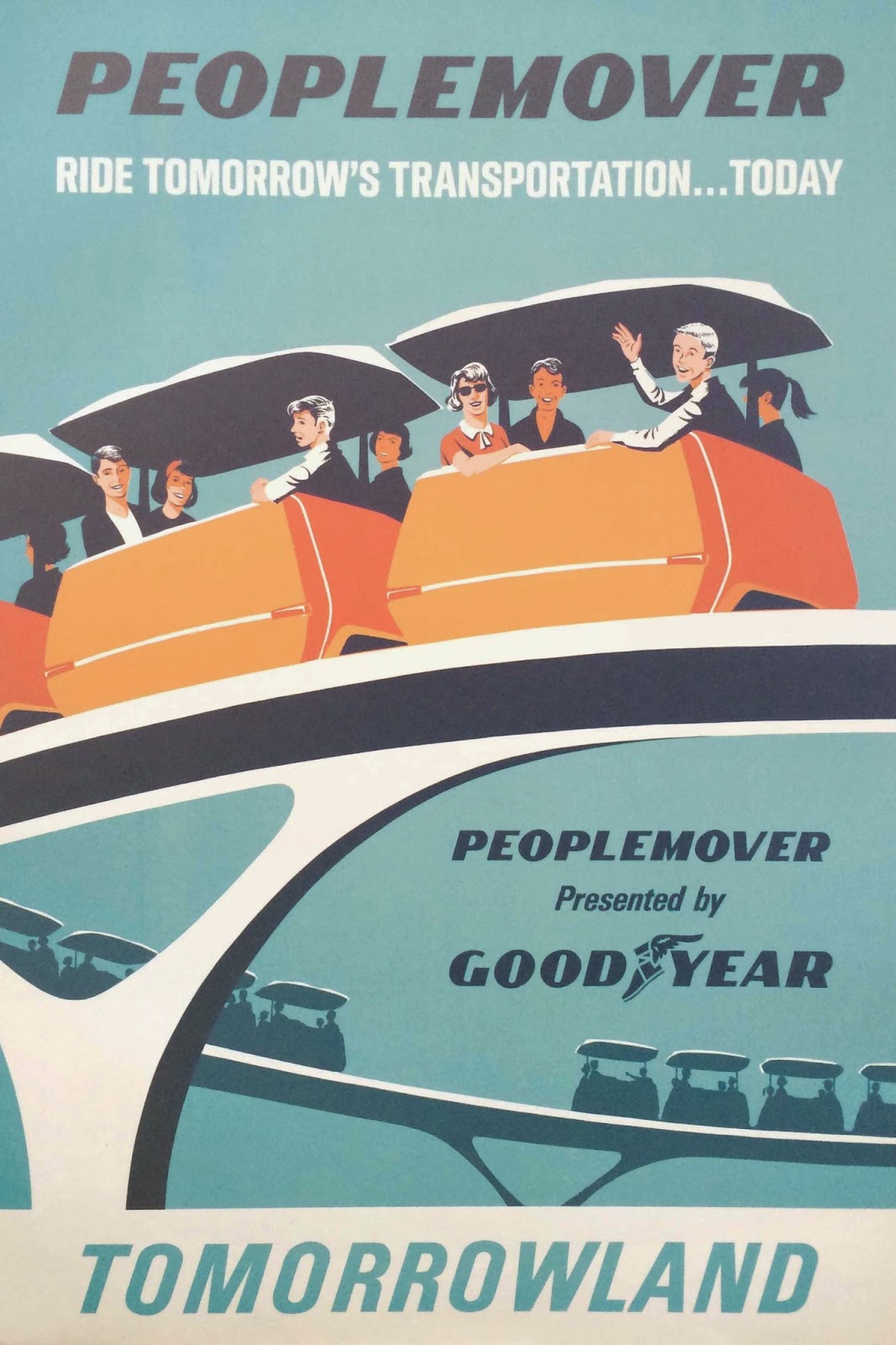 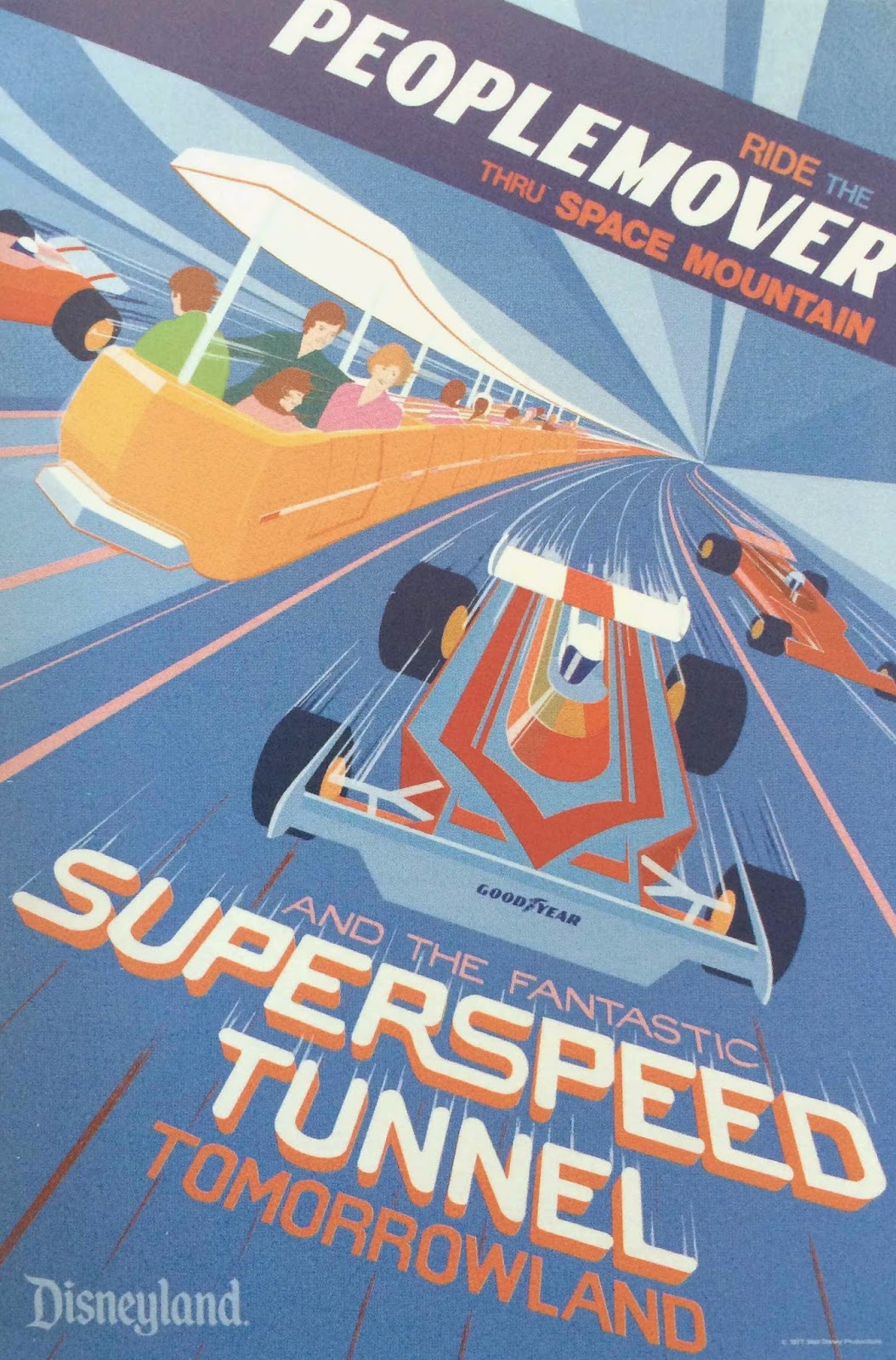 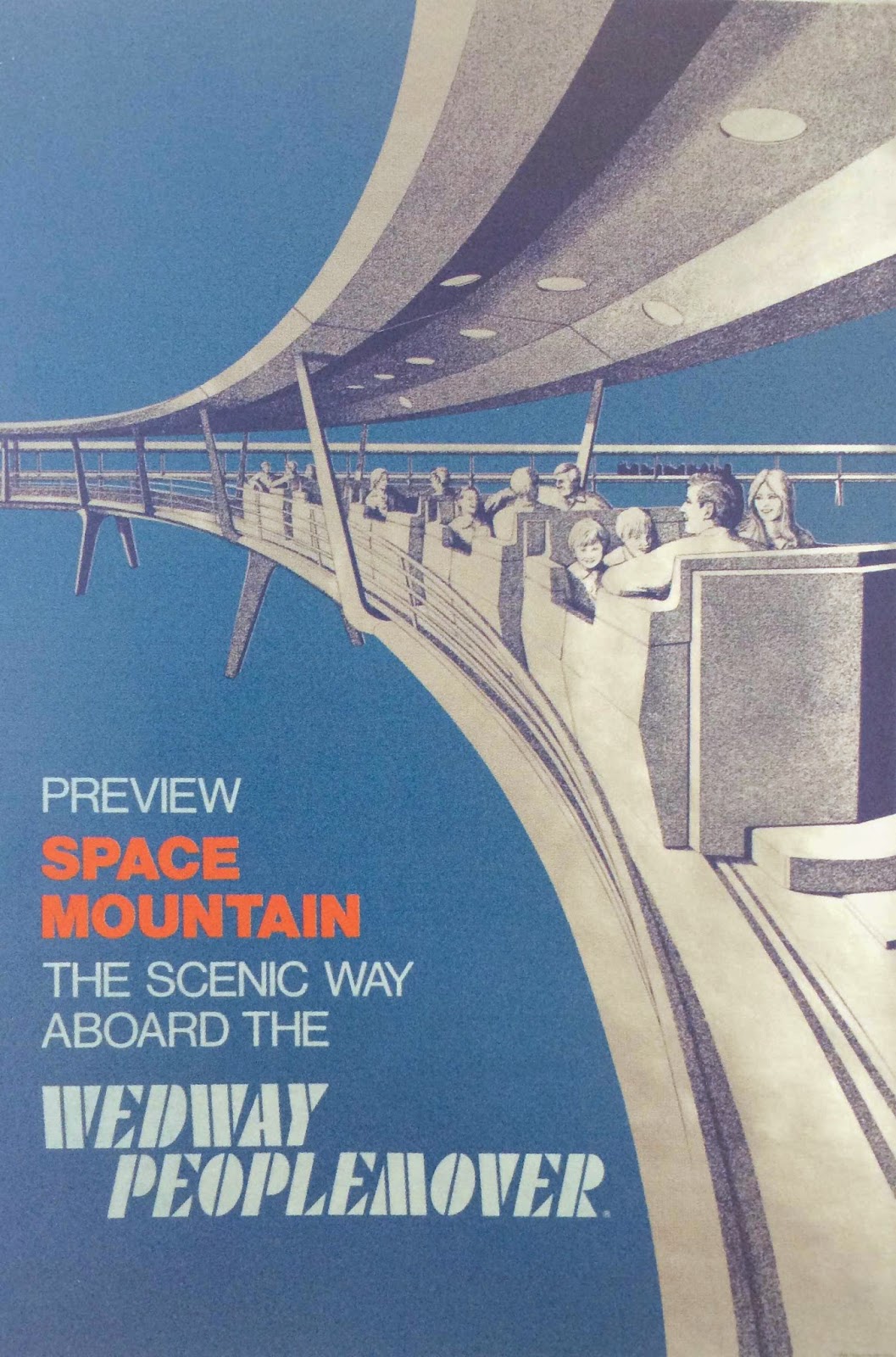 I like these posters a lot, but I would like to see the WDW version with the same color scheme as the 1967 Ken Chapman poster.  I honestly don't love the figures in Ken Chapman's design, something about them is just so awkward. Also, I hate when people wave at me from the PeopleMover...
Posted by Adam and Andrew at Wednesday, April 02, 2014