For all the flack that we give Disney World about the lack of diversity in their vegetarian based options, you might think that we generally dislike the food offerings in the park.  This statement is only a half truth, and we offer credit where credit is due.  Over the last few years Walt Disney World has vastly improved the options available for people who follow a plant based diet.  While there is still a lot of work to be done, I wanted to focus on the positive (for once…) and look at the most diverse row of theme park foods…counter service options around World Showcase at Epcot! 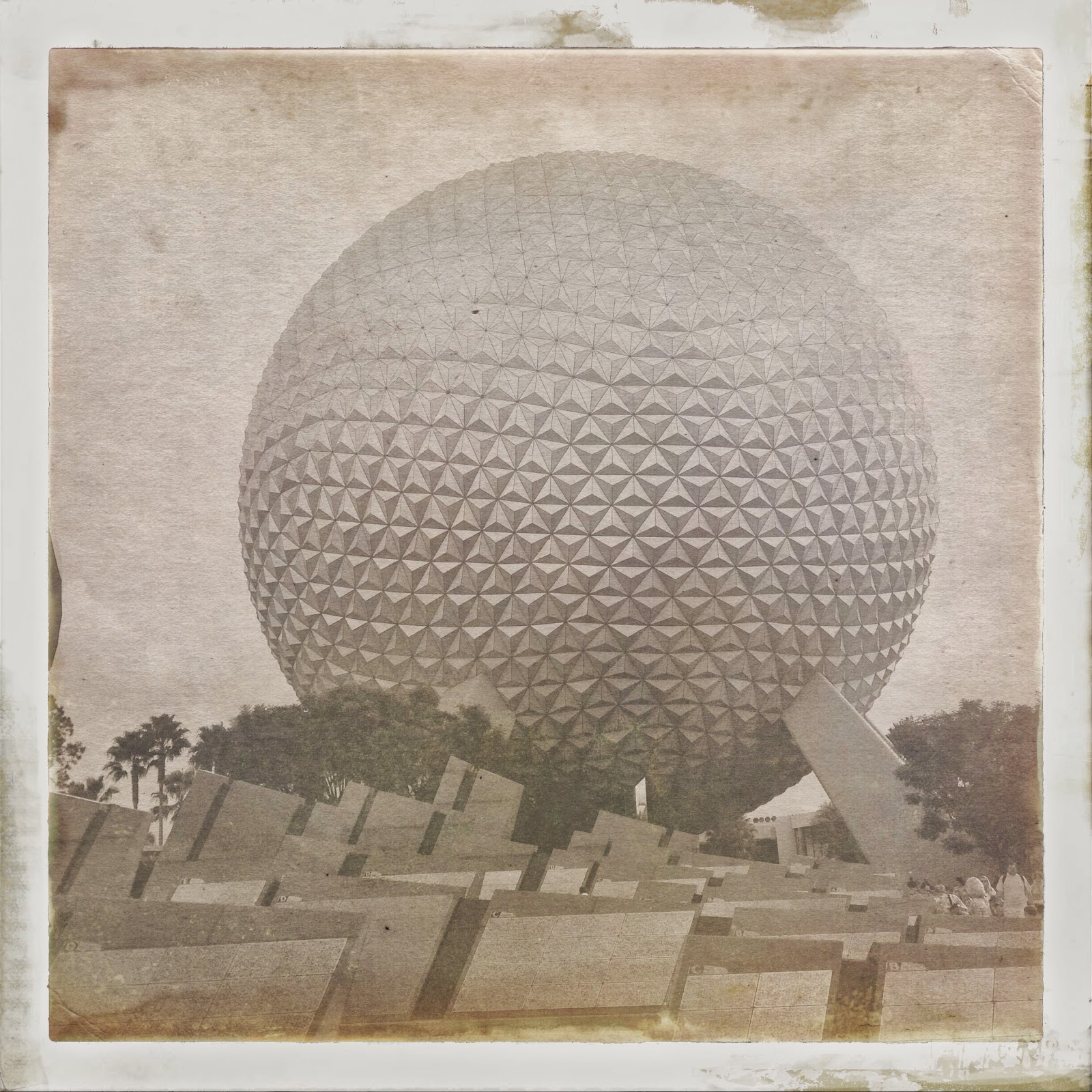 Even though Epcot does have its fair share of veggie burgers and quinoa (Disney's two staple options for vegetarians…) the focus here will be on diversity.  These are not necessarily our favorite food options around World Showcase but are a general overview of some seriously decent and unique offerings that you can find.
Here are five awesome vegetarian options for those of you sick of french fries and bad grilled veggie sandwiches…in no particular order. 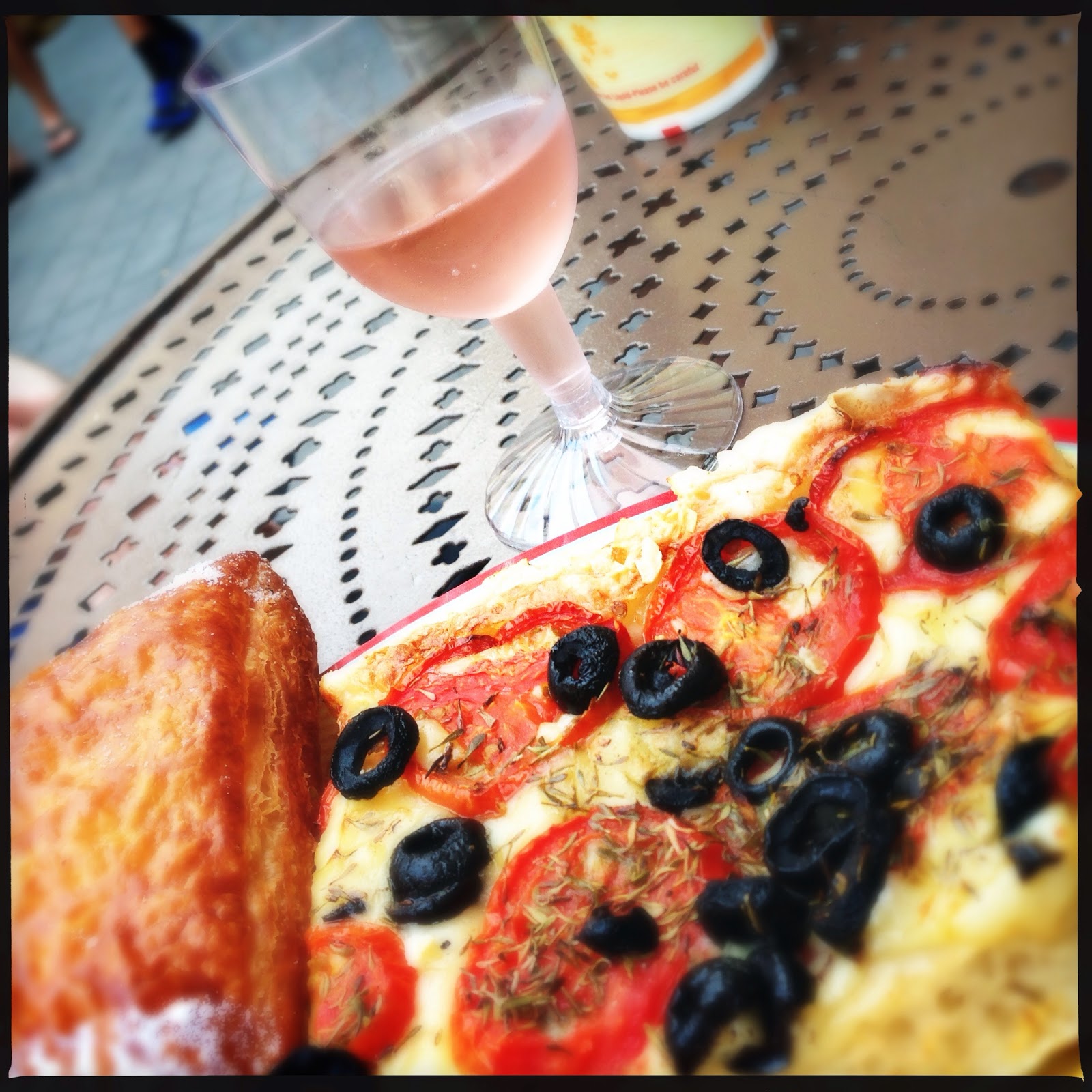 Number five: Pissaladiere - Found at the newly revamped and vastly superior Boulangerie Patisserie at the back of the France pavilion the Pissaladiere is super yummy.  Think sauceless thick crusty pizza with tomatoes, olives, gruyere and herbs.  Not only do all the flavors work well, but the bread is great during a long night of drinking. At $4.50 this is a serious bargain. 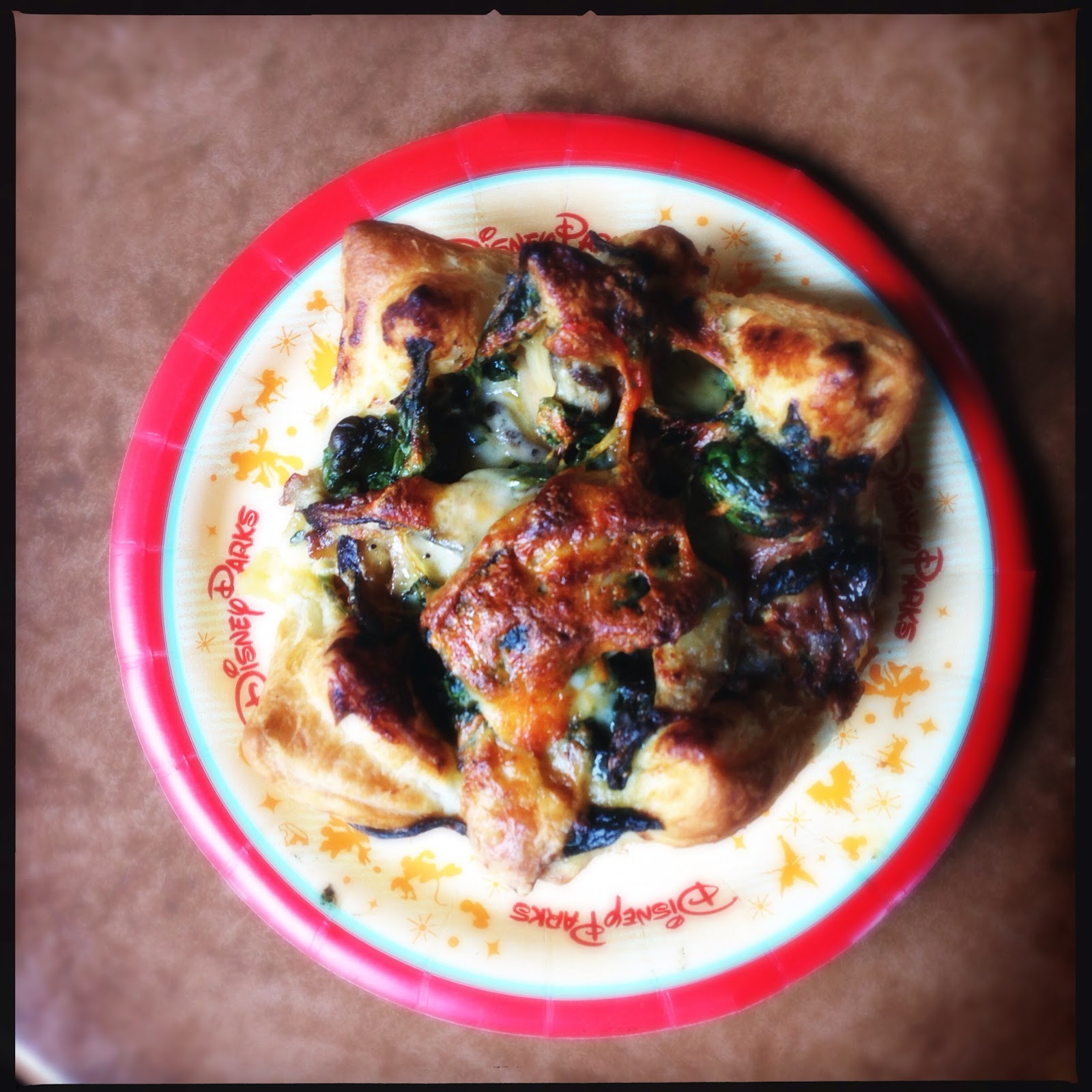 Number four: Veggie Torte - We have touted the merits of this counter service treasure many times before!  Let me tell you, the combination of veggies, creamy sauce, and puff pastry never gets old.  Make sure to visit the Kringla Bakeri in Norway to give it a try…these are the things that dreams are made of. 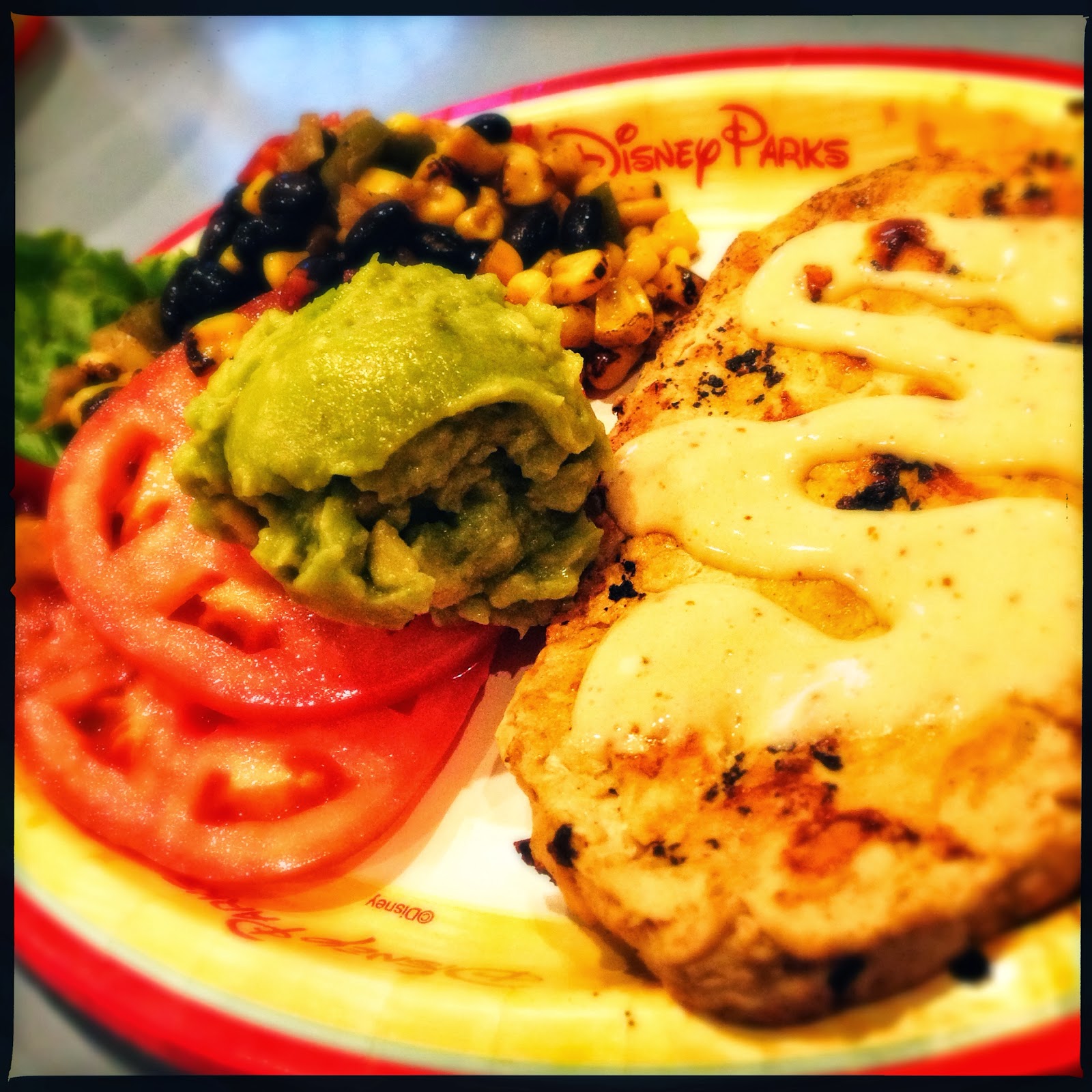 Number three: Grilled Vegetarian "Chick'n" Breast - This option is making the list solely based on Disney's effort towards diversifying its veggie options.  We have never been huge fans of fake meat in the past, but its nice to try something new every once in a while.  If fake meat is your thing, maybe stop by the Liberty Inn and give it a shot! (pro tip: ask for bread, and turn this thing into a sandwich. Everything about its plating suggests that it should be…) 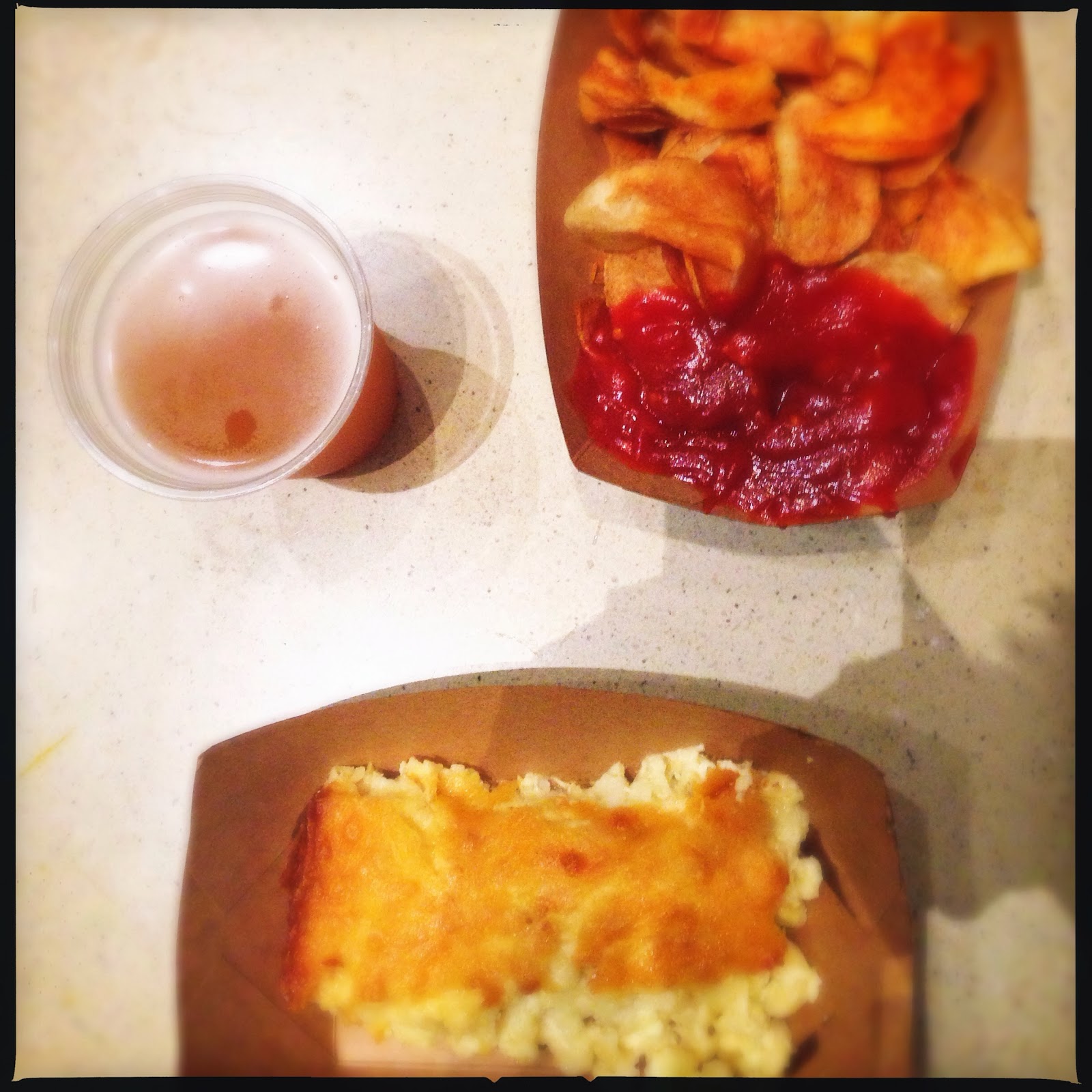 Number Two - Nudel Gratin / Chips:  Here is another World Showcase winner!  We can't say enough good things about the Germany pavilion…and that includes the new menu at Sommerfest! The nudel gratin is glorified mac and cheese, and the addition of spiced chips make this a fabulous meal! Wash it down with a grapefruit beer and you might have the best night ever. 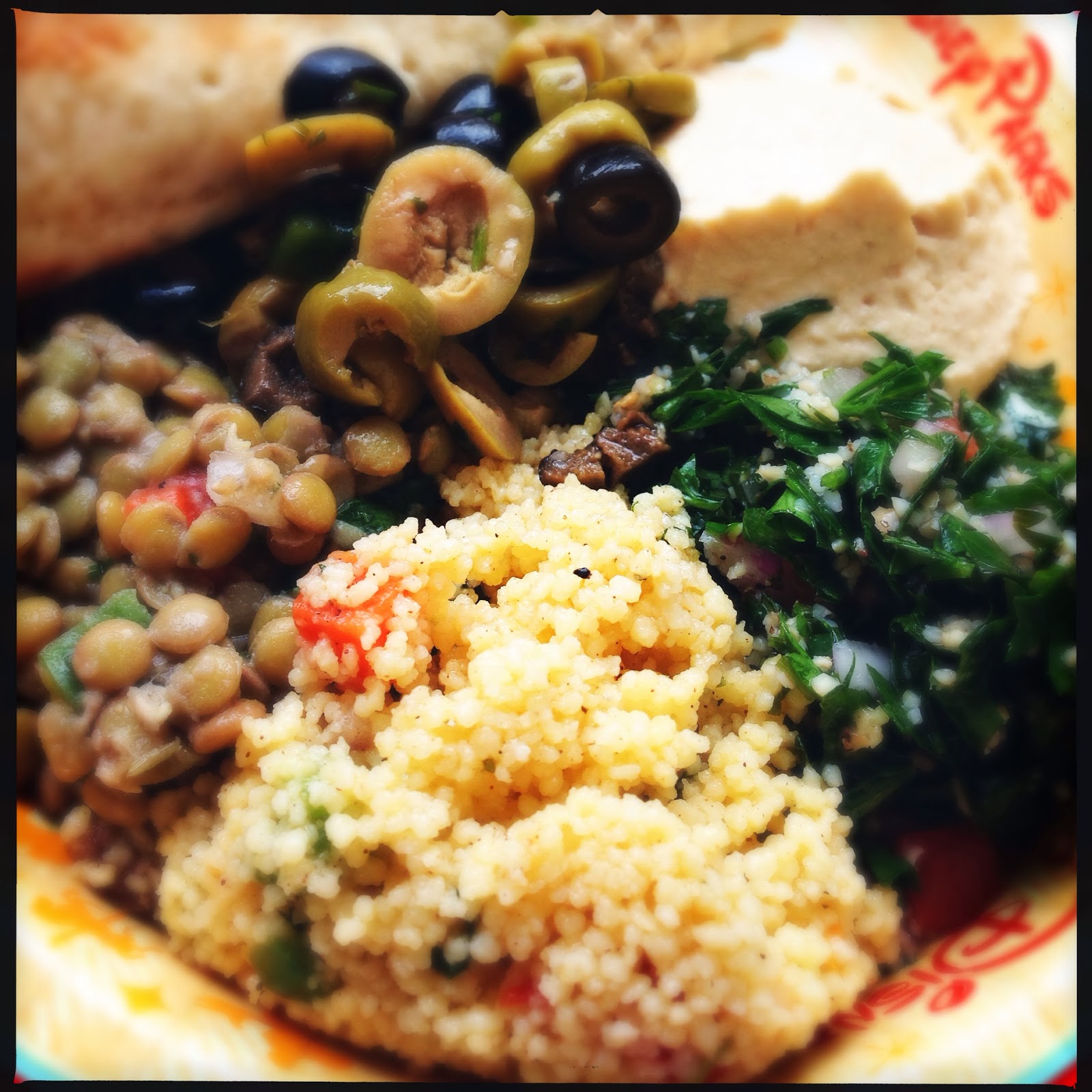 Number One: Vegetable Platter -  How could we NOT include this on our list?  Known far and wide as one of the best veggie options at Epcot, the vegetable platter at Tangierine Cafe is amazing.  A combination of falafel, couscous salad, hummus, tabouleh, lentil salad, olives and pita bread…its a lot of food, and can easily be shared by two people.  Everything about this meal is salty and delightful, and remains a staple in my World Showcase routine.

So here we are! The end of our short list of interesting veggie  counter service options in World Showcase.  I'd like to state again, that these aren't our favorites per se, but merely a good sampling of what you might find at Epcot.
Even though Disney has made big improvements, and I hardly starve while at Disney World, I'd like to see even more diverse options brought to the table.  Why isn't there a real veggie option in either Japan or China? Why is the veggie hong kong curry NOT vegetarian?? But these small steps are indeed making WDW a more tolerable place for all dietary needs…and make me a happy boy.

Have you tried any of the veggie option on our list?  Did we leave out any of your favorites?  Let us know over on Twitter or Facebook! And don't forget, we're also on Instagram and Google+