We knew going into our first Disney Cruise that we wanted to experience all that the ship had to offer.  This can be a painstakingly difficult task on a three night cruise.  Part of this exhaustive ship study involved eating at every restaurant onboard…including quick service and counters.  In time we will re-visit (in blog form…) all of them, but today we're focusing on the oft praised Palo. 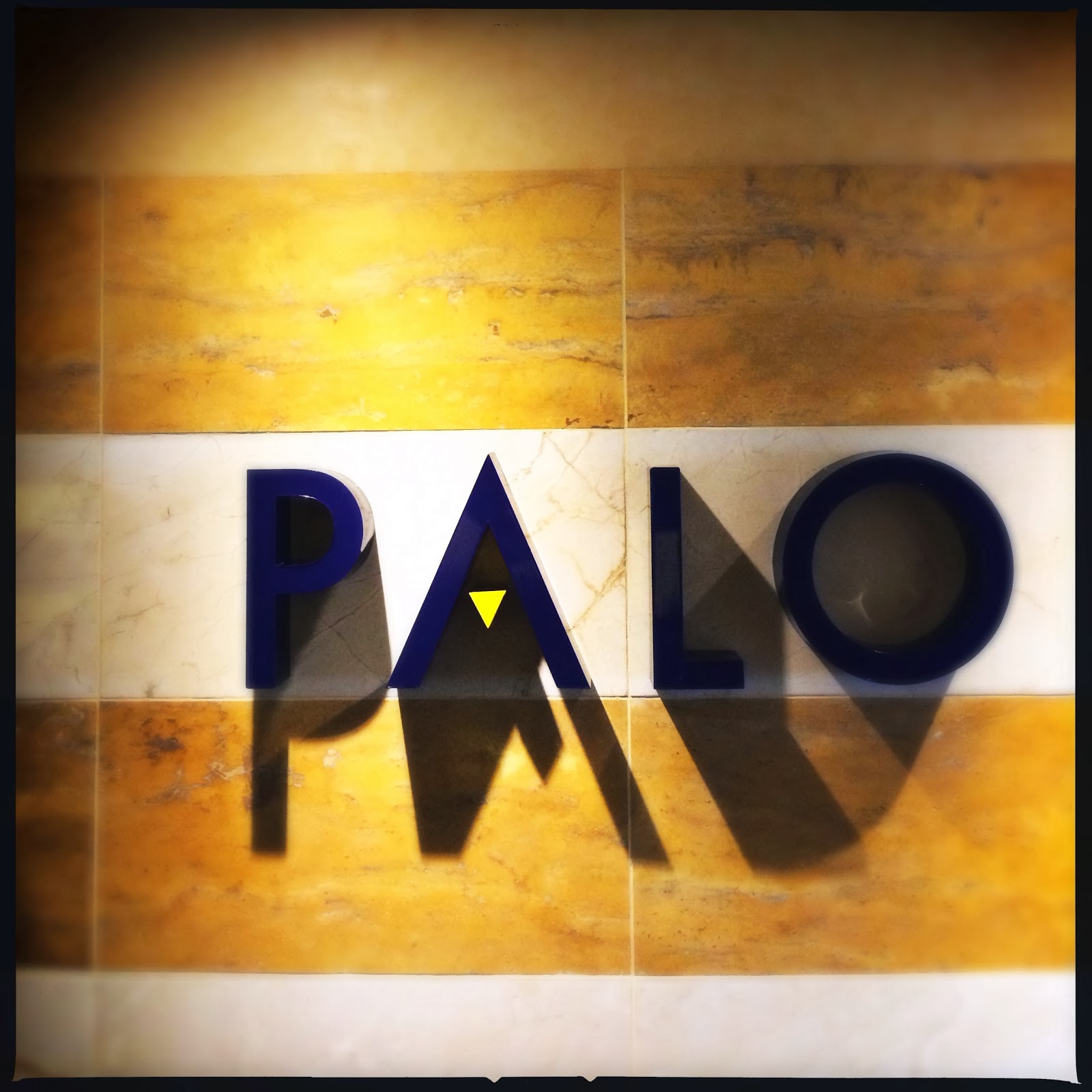 Palo is an adults only restaurant that is featured on all four Disney cruise ships.  On the Disney Magic   Palo is located on deck ten aft, above Cabanas.  Unlike the ships other restaurants, there is a $25 additional fee per person to dine here.  This fee does set you up with high expectations…thats for sure.
True to their word, there will not be any kids at Palo. (other "adults only" areas on the ship are much more forgetful of that rule…) Though the interior isn't really my taste, it is very pretty and incredibly comfortable to dine in.  The walls are lined with windows, giving you a gorgeous panoramic view of the ocean. 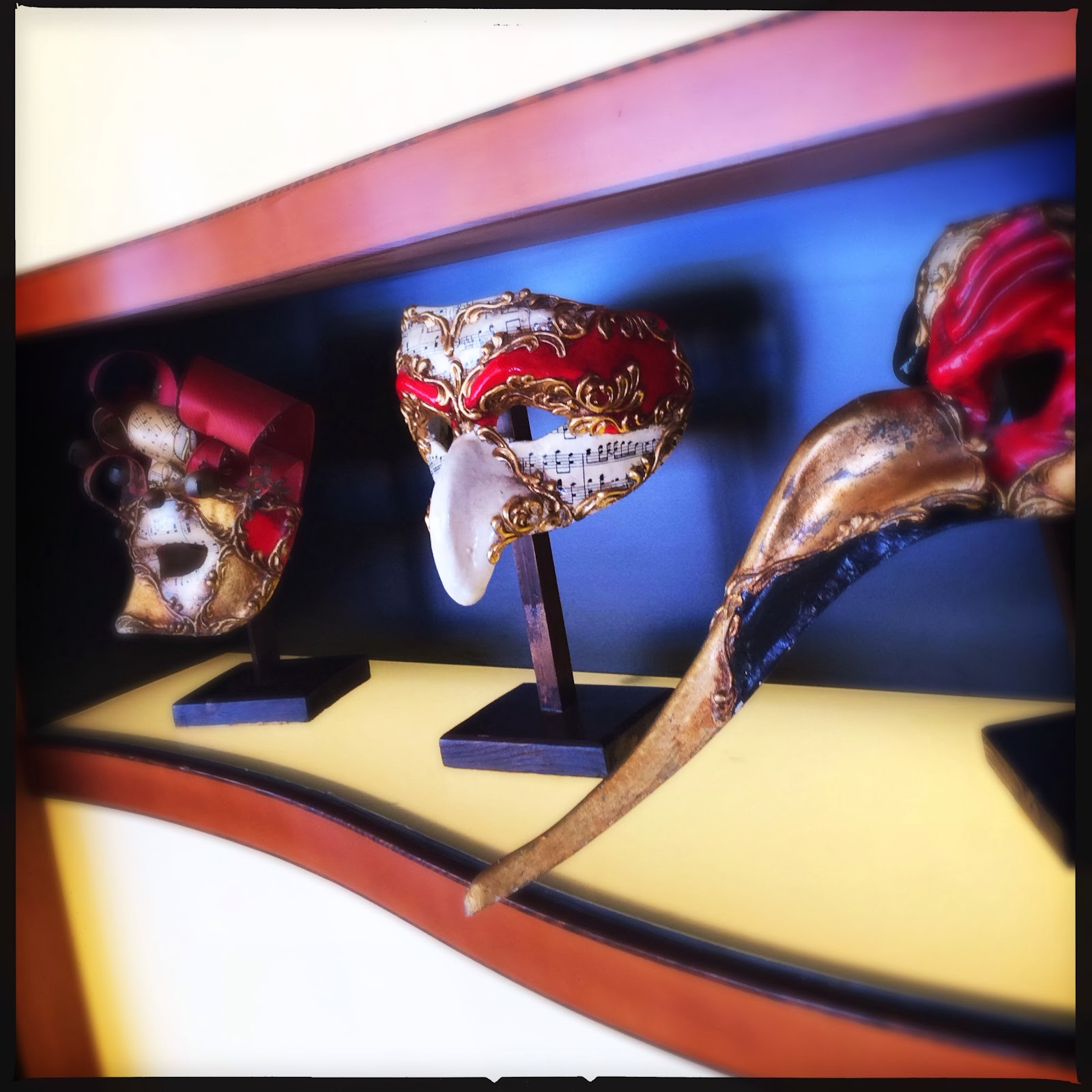 Not wanting to miss out on any of our rotational dining at night, we chose to visit Palo for brunch on our second day.  Brunch consists of both a buffet and an actual menu of made to order hot items.  This meal also comes with a champagne cocktail of your choice!  I imbibed in a kir royal…and I had Adam order one as well. (hey, whats better than a 10:30 AM buzz??) 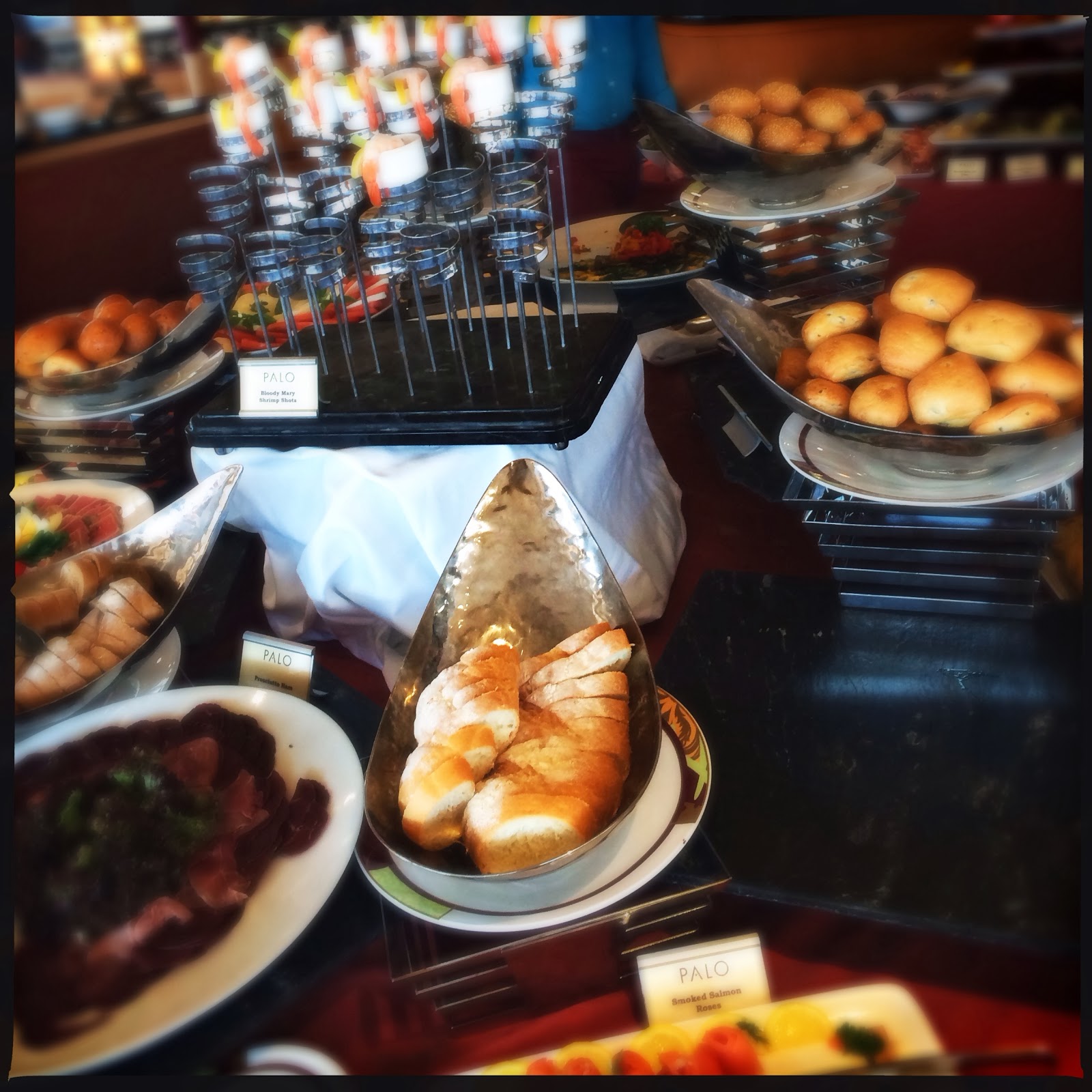 The buffet is small, but covers a lot of ground.  There are breads and cheeses galore. I'm a sucker for bleu cheese…and there was plenty to be had, even in the form of walnut gorgonzola bread, which was just as amazing as it sounds. Savory, sweet, and perfectly tart form the cheese.  Seriously good. 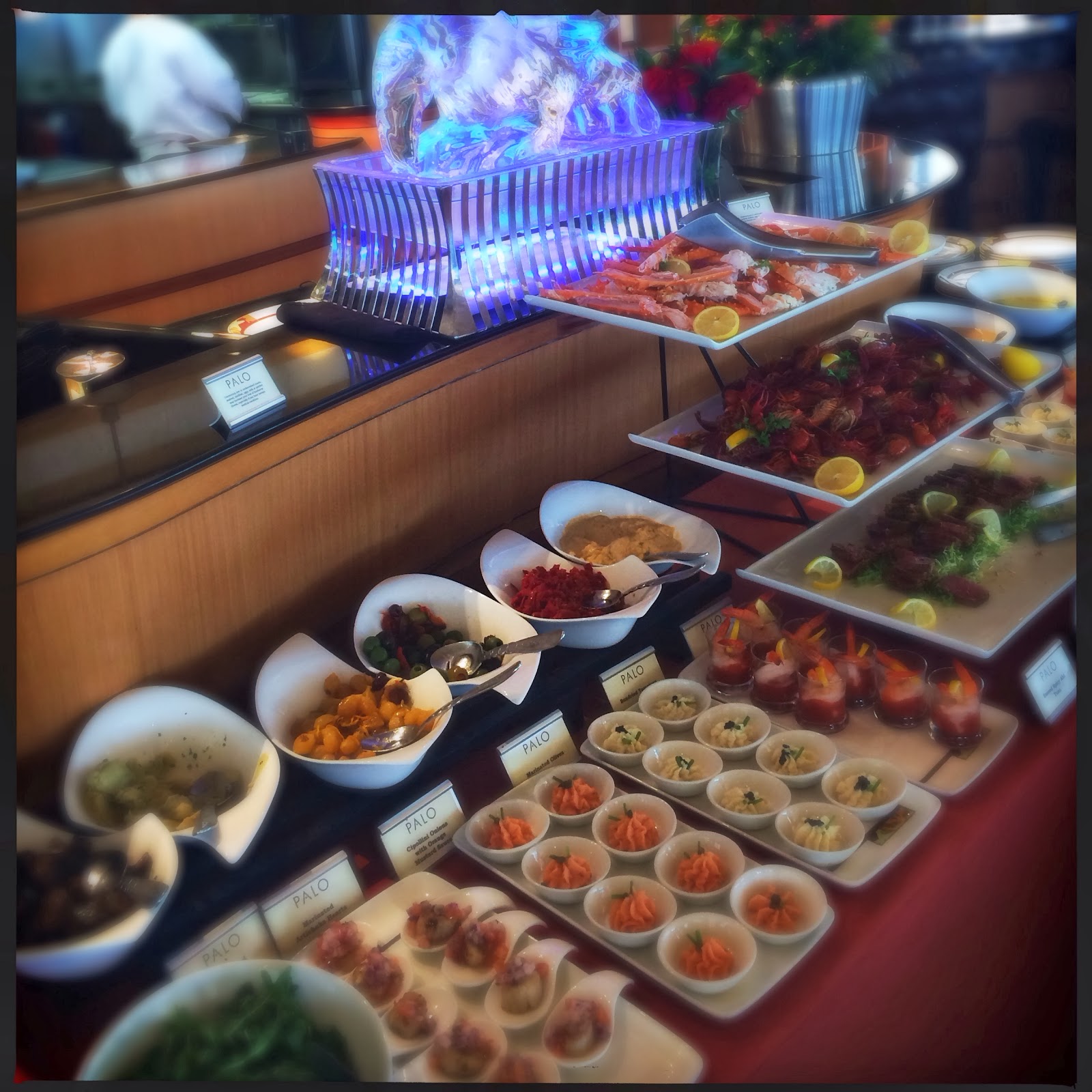 One of the highlights for me, as someone who adores salty food, was the abundance of pickled vegetables.  These included mushrooms, onions, artichokes, peppers, and TONS of olives. Each one was better than the last.  I went back a few time for these.  The savory portion of the buffet also included roasted veggies which were exceedingly bland.
There is also a pastry portion to the buffet that includes croissants, warm sticky buns, breads, and other yummy goodness.  We sampled very little from this section, because I don't like to fill up on bread items.  But they all looked wonderful, and appeared to be of higher quality than most Disney pastry. (its kind of hard NOT to be…) Our biggest complaint about the buffet portion of the meal is the complete lack of vegetarian protein.  And while we don't eat as much as the average person, I'm pretty sure most vegetarians would have a hard time filling up during this portion of the meal.  It feels kind of like a slap in the face given the exorbitant amount of fish/meat/bacon items.  It's at this point we realize it might not be worth the additional charge, considering we could be eating at one of the other locations onboard for free. 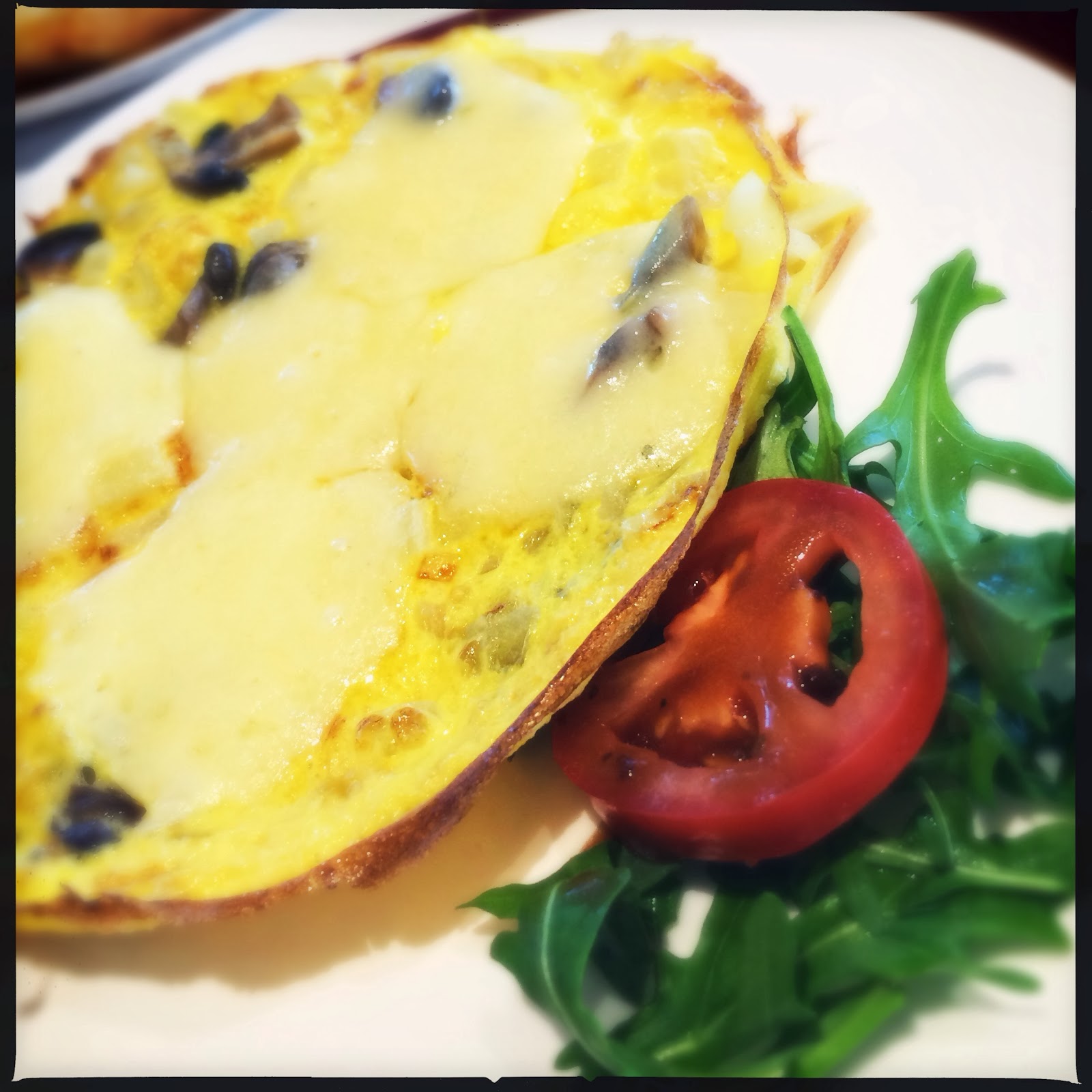 We also ordered from the menu as well.  Adam had a made to order frittata with mushrooms, onions, and swiss cheese.  He enjoyed it…but it was nothing special.
Remember how I'm a huge bleu cheese fan?  Well, they also have it in pizza form as well, this time with gorgonzola and grapes.  When I say pizza, I don't mean flatbread.  This was an actual pizza with crusty delicious bread.  The cheese and grapes went fabulously together.  I love Disney's embrace of salty and sweet. It makes my heart happy. 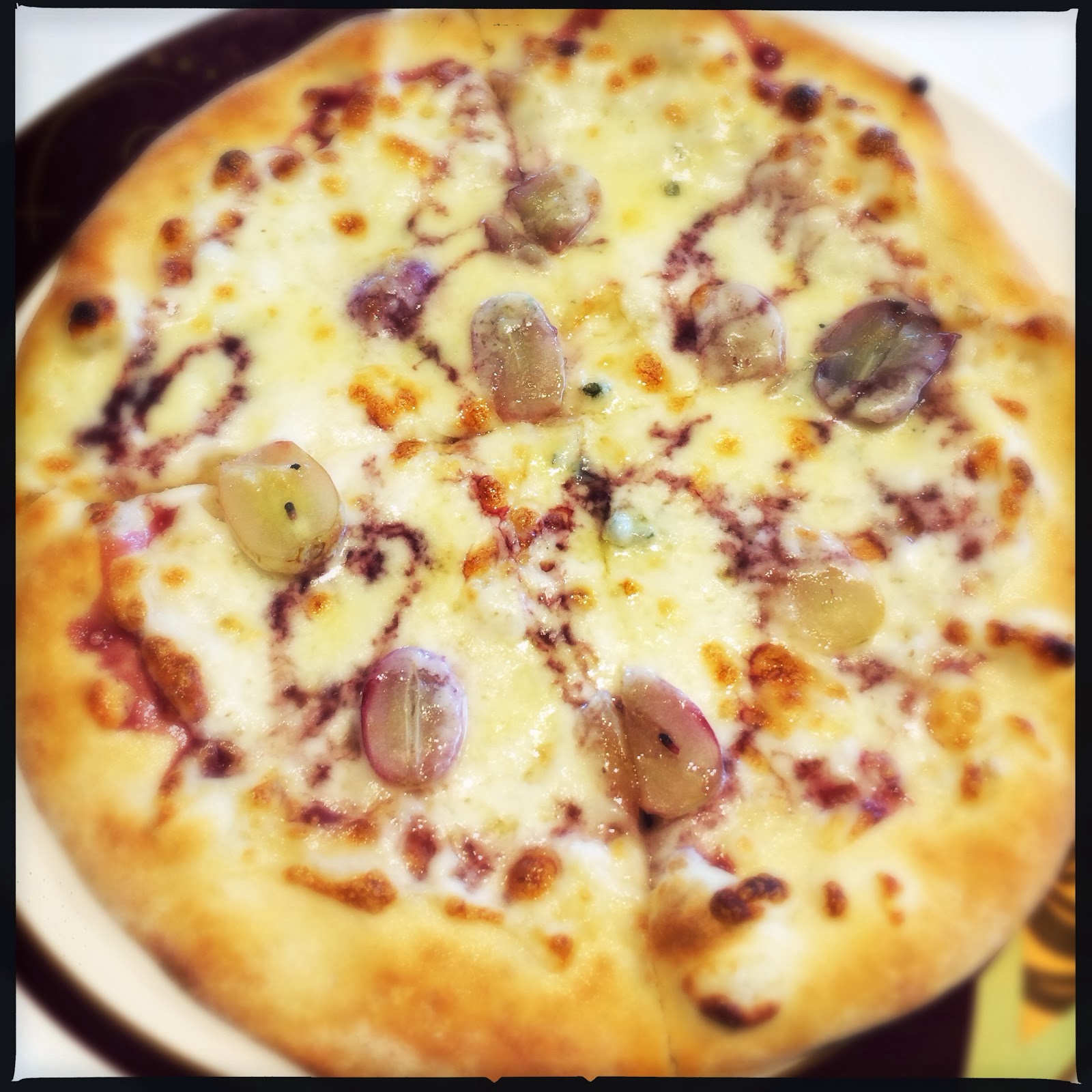 What? You thought we were done?  No way…there was an entire dessert portion of the buffet that I forgot to mention. 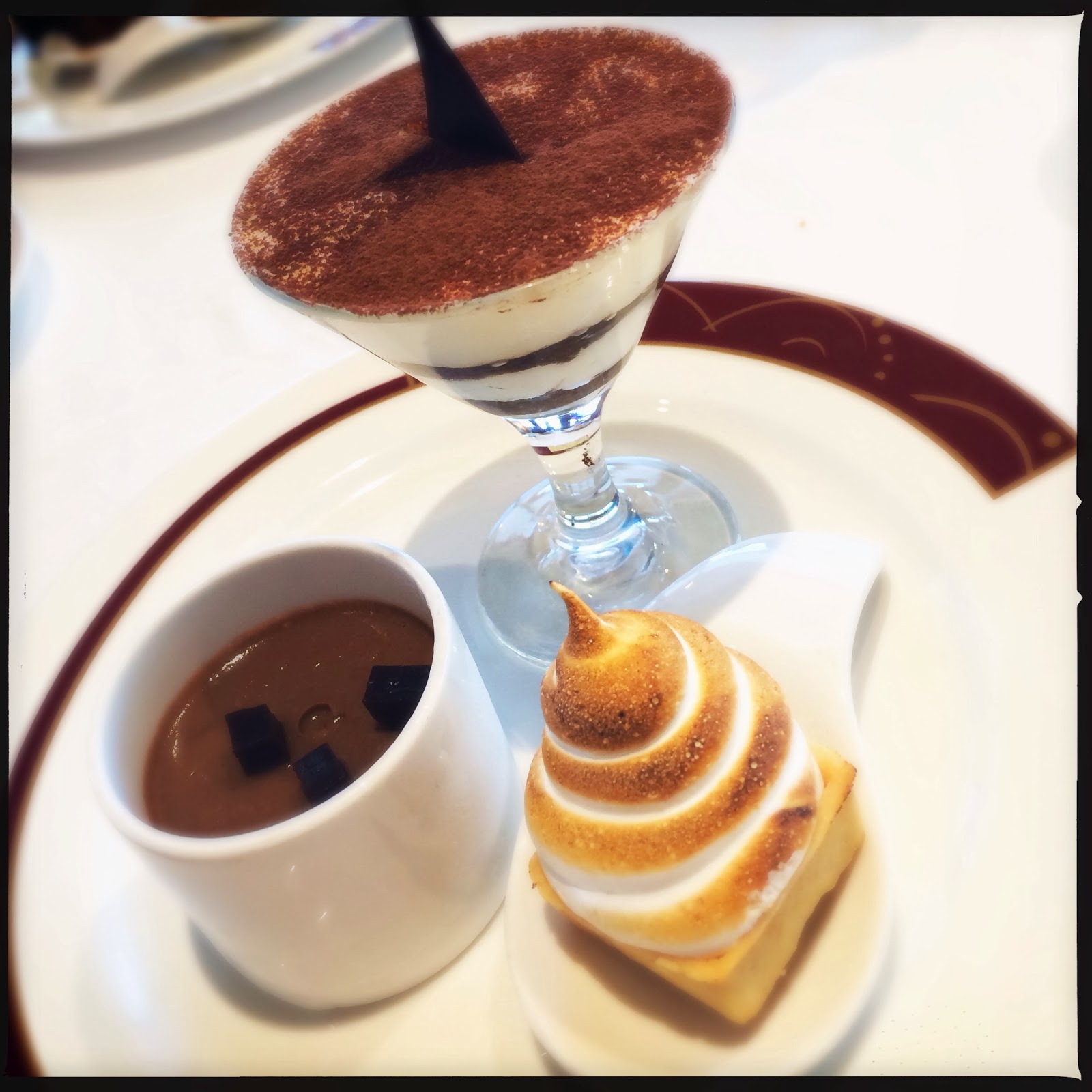 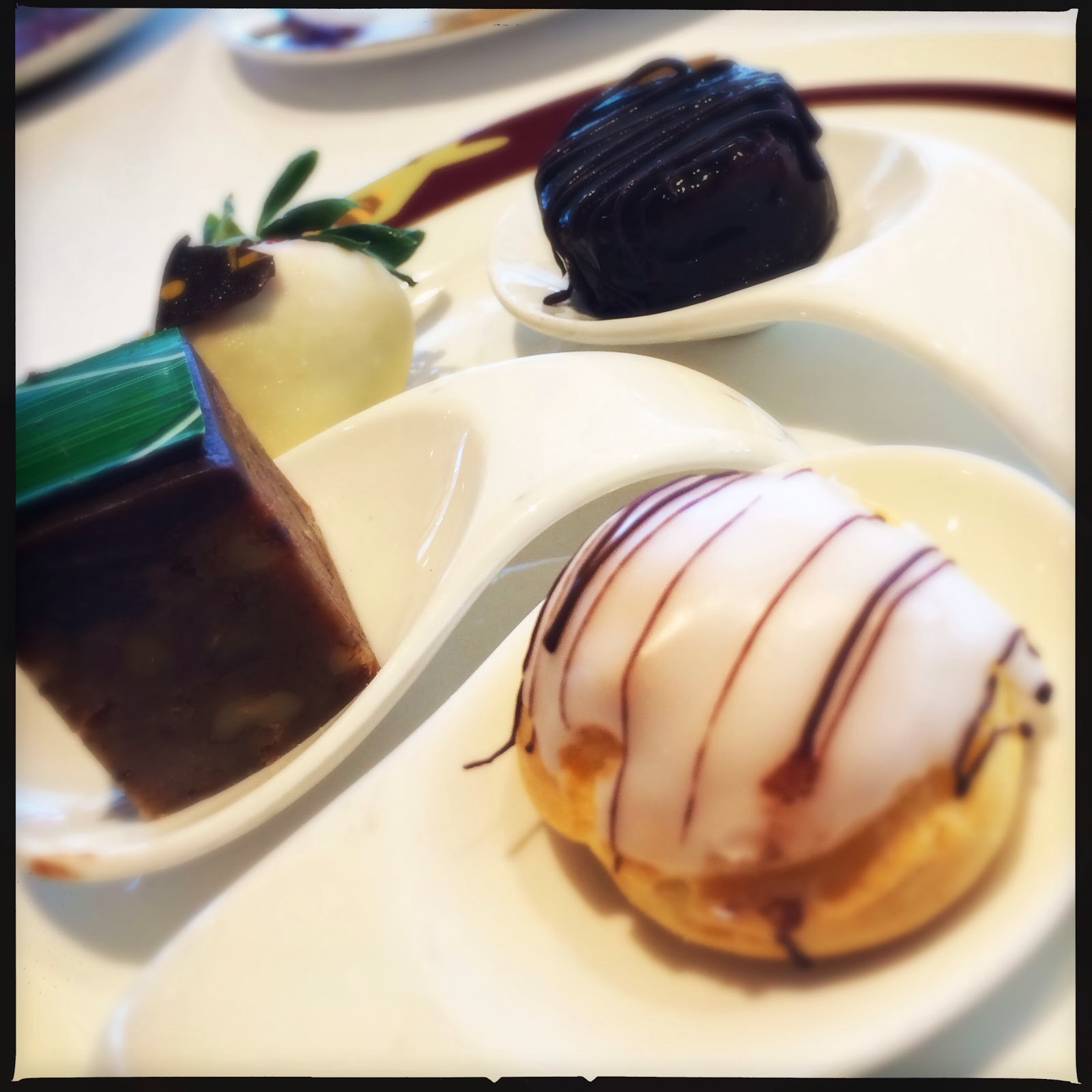 I should preface this by saying that I'm not a sweets guy. I would have been happy sticking to the pickled veggies and bleu cheese, but seeing that we were here, and that they were included in the meal, I obviously had to sample some dessert.
Adam will be quick to point out that some of these confections are also found at Cabanas, the ships main (included with cruise) buffet.  This didn't bother me too much, but really seemed to get his goat. I mean, we did pay extra to dine here…
These items were just as blah as any Disney dessert. Overly sweet, and completely boring.  The two that I enjoyed were the tiramisu and the walnut brownie.  Both were adequate, and nothing more.  My biggest complaint is presentation.  Sure, they're pretty, but putting a brownie on a spoon doesn't magically make it taste delicious.  Take some time, reinvent the recipe, and STEP UP YOUR DESSERT GAME.  I'd rather have an ugly brownie that knocks my socks off than a "pretty" brownie that I can't even remember.

We did enjoy our meal at Palo quite a bit.  The atmosphere was pleasant, the service was impeccable, and the majority of the food was good.  Is it worth spending extra money on an already expensive vacation? I'm still on the fence about that.  Friends who have dined here for both brunch and dinner all say dinner is much better, so we will probably be back to experience that.  But for the time being, I'll always think fondly of that glorious gorgonzola and walnut bread. :)

Have you ever dined at Palo? Did you think it was worth the extra fee? Did you enjoy your overall experience?  Let us know on Twitter!  Not on Twitter?  We're also on Facebook and Instagram.