BGM Of The Week: Universe Of Energy Area Loop

Hey guys! As some of you may know, through my general excitement on Twitter, my schedule changed at work…and I NOW HAVE SATURDAYS OFF.  In the salon world this is pretty big, and although it is only temporary I thought I would fill some of my new found freedom with a fun/quick/easy blog series.
The idea formed over the last month or so, as I tackled the tedious task of organizing my own collection of Disney background music and attraction audio.  I had a few hundred piece of audio floating around my iTunes, and have subsequently placed them within their proper album. (i.e. -Epcot BGM)  This new series will be short, simple, and hopefully useful to those new to the world of Disney Audio.  Trust me, there is a reason this stuff is played in the parks…because its pleasant, and un-obtrusive, which translates well to in-home listening.  Each week I will feature a video via Youtube showcasing one of my favorite loops. 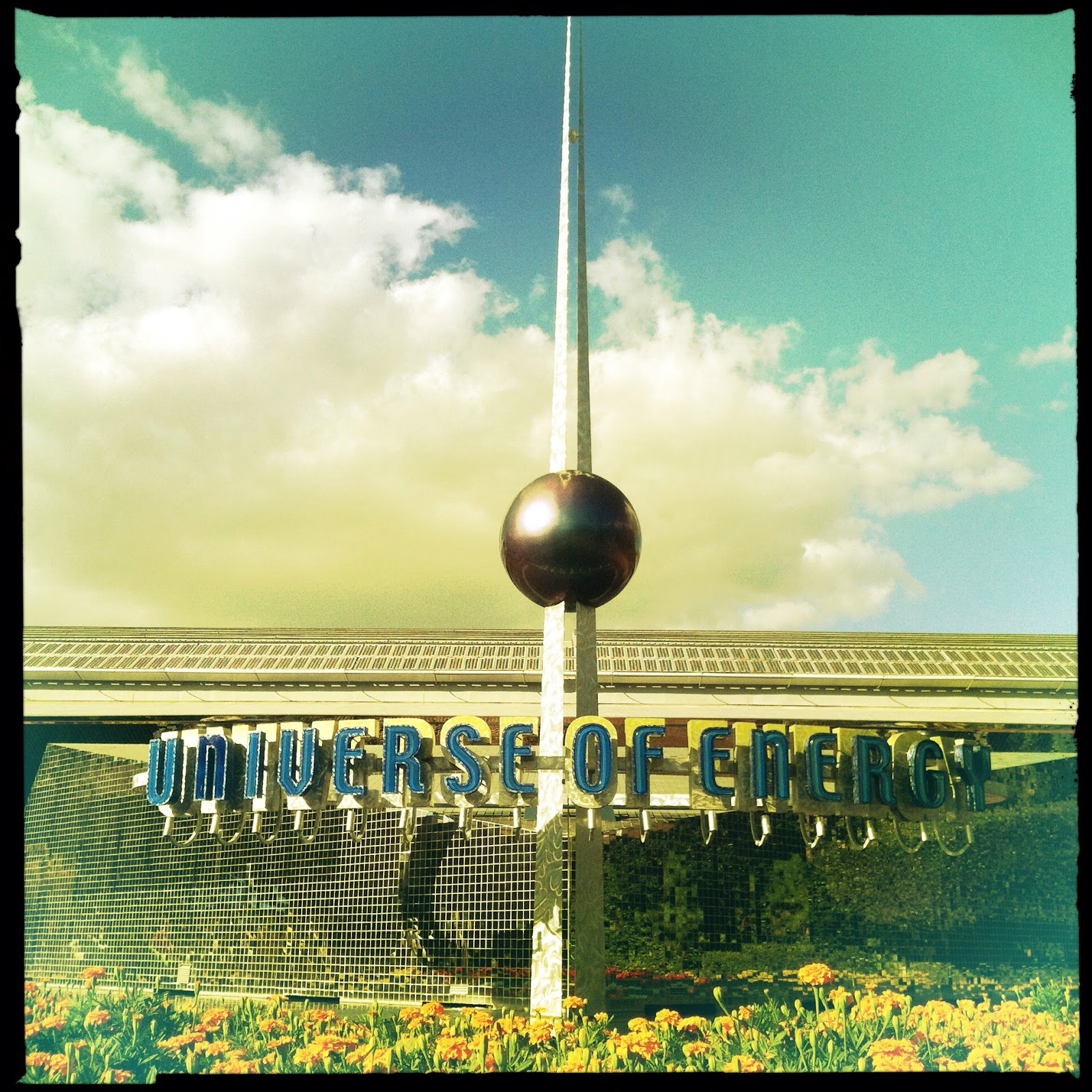 The first featured background music loop is pretty obvious…and a great jumping off point for those unfamiliar with the Disney audio fanatic sub-culture.  This loop is featured outside of the Universe of Energy, and can be best heard waiting just outside of the attractions doors.  It features parts of the attractions AMAZING Bruce Broughton score, but is much more mellow than the actual attraction audio.   You might also notice that this loop is shorter than most (and I'm not 100% sure this is the entire loop…) I think that is because its specific to one attraction area, and not an entire land.
Here it is for your listening pleasure.  Happy Saturday everyone.