So, I didn't think it would be fair to toy with your emotions: I don't like the Yak Attack.  There, now that I've said it…
The Yak Attack is somewhat of a Disney cult food, though not nearly on the same level as say school bread or dole whip, it is truly cult in the fact that not every Disney fanboy has tried it.  After a looooong day of traipsing around Disney World (and being stalked by DrunkAtDisney…) and a few hours to kill before dinner at Jiko, I was ready for an adult drink. 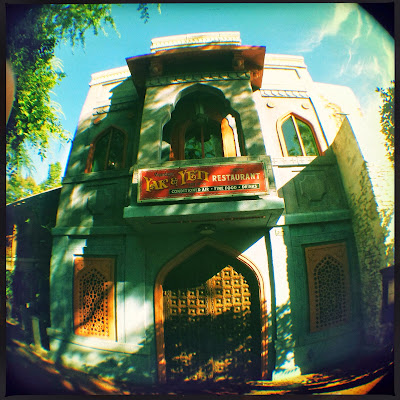 As you might have surmised from the name of the drink, the Yak Attack is served at the Yak & Yeti restaurant in the asia section of Disney's Animal Kingdom.  While I don't love the food here, it certainly isn't terrible…and is worth visiting based solely on the decor and theming alone.  We didn't have reservations (nor did we want food…) and I have always wanted to check out the bar, so that was our safest route to trying the yak attack. 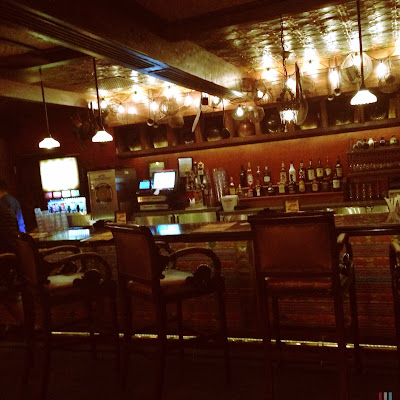 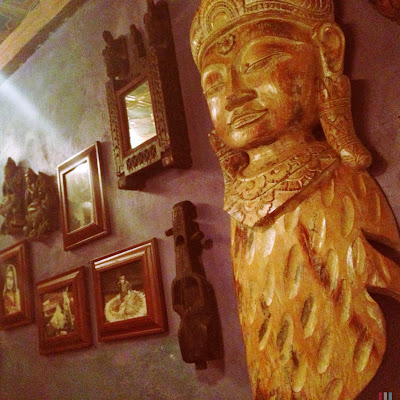 The bar area, like the rest of the restaurant, is gorgeous.  The theming is on point, and over the top, with artifacts suggesting an ambiguous south asian country.  In this regard, the Yak and Yeti is a fabulous part of Animal Kingdom.  The bar is very cozy, and the bartenders are super nice/chatty.  If you don't want to converse with your barkeep this might not be the place for you.  The chairs a beautiful carved wood and extremely heavy, and the walls are festooned with random awesomeness. Very cool details indeed. 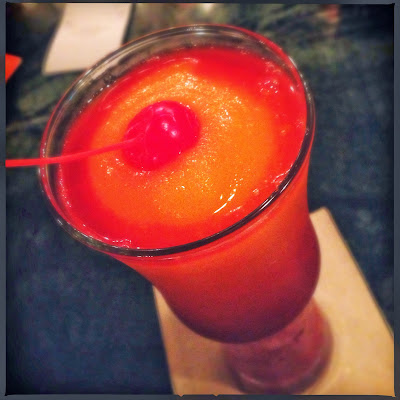 Most of you know that besides the now defunct Citrus Infusion I am exclusively a beer drinker.  I'm just not a big fan of overly sweet nonsense which tend to give me a tummy ache.  However, being the dedicated reporter that I am, I took one for the team.
Yak Attack is described as a mixture of "mango daiquiri, bacardi light rum, and wild-berry flavor."  The drink is frozen, and has the word "wild-berry" so I knew I was going to regret this.  Guess what it tasted like?  An overwhelming morbidly sweet berry slushy.  There was, way off in the background, a hint of mango.  When I say "morbidly sweet," I mean that I almost died.  It was the kind of sweet that makes your teeth hurt.  Yucky.  The two main components of the drink are layered and topped with a cherry, and makes for a nice presentation. The problem with overly sweet frozen drinks is that you can hardly keep up with the melted section of your beverage, and before you know it you have more liquid than ice, and it feels like your drinking a thick syrup. :/
The only redeeming factor in this cocktail is the fact that it packs a whollup.  Though I could hardly taste any alcohol in the drink I noticed as soon as I stood up from my seat.  I was defiantly buzzed. 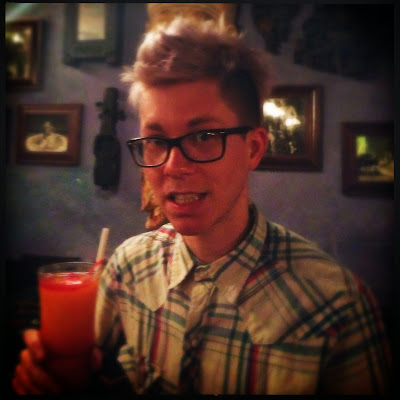 I guess you win some, you lose some.  Sorry Yak Attack…you didn't make the "must have" cut.  I did however enjoy the bar quite a bit, and will be back in the future to sample some of the less sweet offerings.  I think this is the only bar on property where you can get a Fosters Oil Can…which is both ridiculous and amazing.