Televised Christmas specials and Disney go hand in hand.  In fact, the company has been in the business basically since the advent of television.  Walt starred in the company's first special One Hour In Wonderland which debuted on Christmas day in 1950.
Its nice to see the company back in the Christmas special game…after many years of "clip show" cartoon specials with very little original content.  Prep & Landing now has three superlative episodes, each of which debuted as a televised Christmas special.  If you haven't gone out of your way to see these great cartoons, take some time this holiday season to do so.
Here are three design pieces which helped develop the lovable elves. 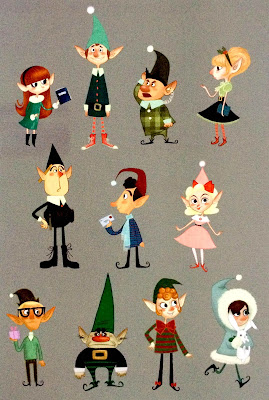 The general "look" of the elves is very angular and stylized…
and SO adorable. 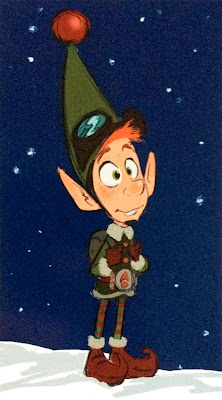 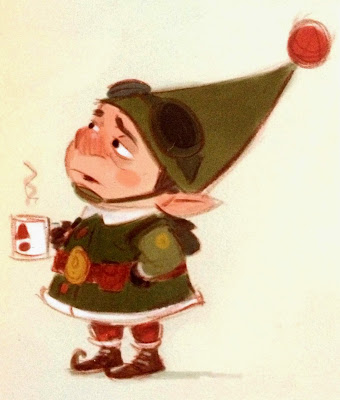 and the curmudgeonly (kind of) Wayne…

Has watching Prep & Landing become part of your holiday tradition?  Which Disney specials are your favorites?  Let us know via Twitter or over on Facebook!
Posted by Adam and Andrew at Monday, December 09, 2013