The 1941 Disney animated classic Dumbo was a return to form as straightforward storytelling.  Though now considered a masterpiece, the previous feature Fantasia was a financial failure and didn't resonate with audiences the way Walt had hoped.
Running just over an hour, Dumbo is among the shortest Disney animated films…but the concise concentrated story didn't mean an equal amount of time and effort went into the development of this charming movie.  Here we have four gorgeous concept pieces.  They're muted and weathered, and basically everything that Dumbo is not.  The silhouetted clowns are fabulous, and neat to see the original idea didn't get too off track from the finalized film version.  Terrific. 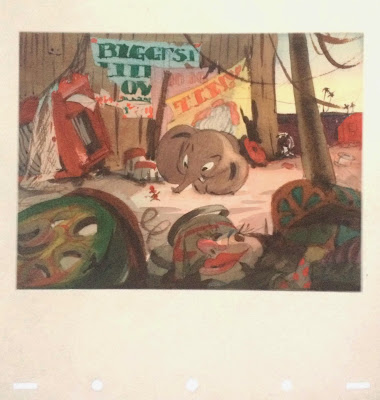 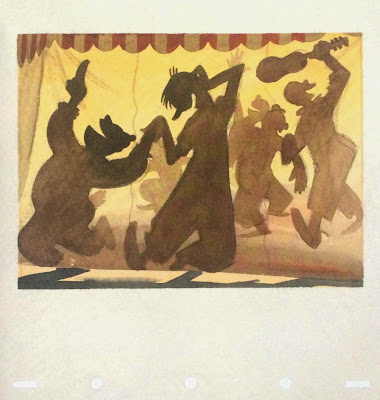 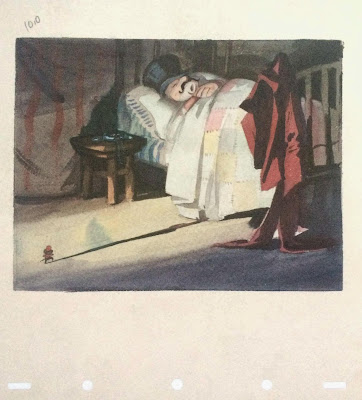 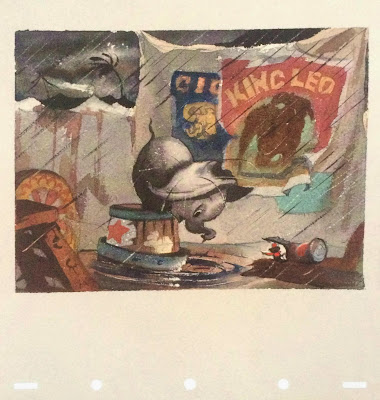 A lot of the elements from these concepts actually make it into the film besides the clowns, but I would have like to have seen a softer more ethereal Dumbo.  However, the company was  good twenty years away from exploring that look for an animated classic.  The closest thing we get are shorts included in the package films paramount of the decade that followed Dumbo…which are of course vastly underrated.
Posted by Adam and Andrew at Wednesday, November 27, 2013