I'm absolutely fascinated with the process and development of Disney films.  Seeing a character change from the original concept to what we see on the screen is super cool, and often not what the original artist had in mind.
A good example is that of Robin Hood's Sir Hiss.  While being developed Hiss was seen as an overtly sinister character, and a more elegant being.  But what we get is a slightly devilish serpent, with TONS of lovable charm.  We feel empathetic toward Hiss, because he is terribly misunderstood.  A lack of ams and legs will do that to a fella...
Here are three wonderful storyboard concepts for the film showing poor Hiss getting picked on by Prince John. 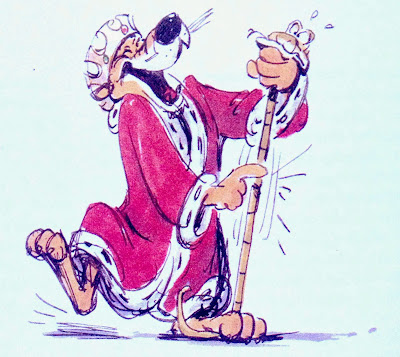 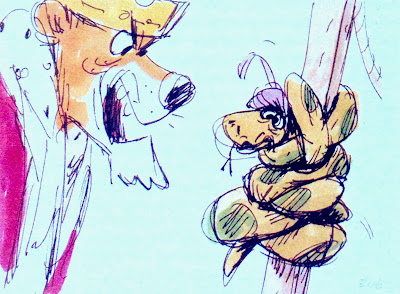 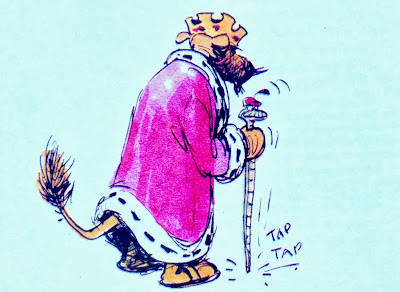