While at Disney World last week we were beyond impressed with the new L'Artisan Des Glaces ice cream shop in the France pavilion at Epcot!  Not only does the space have a super cute design aesthetic, but the offerings are a vast improvement over the previous occupant.  The menu is short and sweet. 16 flavors of delicious ice creams and sorbet plus a fun boozy option for those of you who like their alcohol on the sweet side. A few more substantial treats have popped up in recent weeks, the ice cream stuffed macaroon...and as of last week the ice cream brioche! 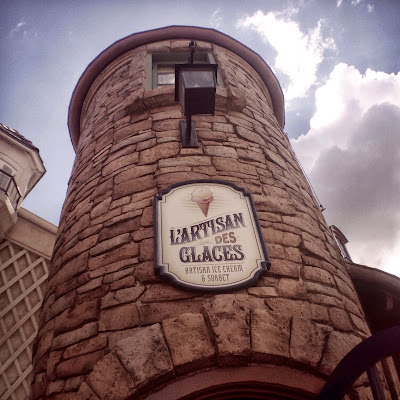 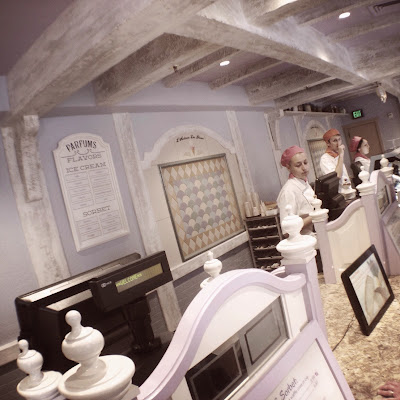 We happened to be at Epcot as the brioche was being debuted at the restaurant, and I knew I wanted to try one right away.  The ice cream had proved to be outstanding, and I figured the addition of a rich bread element could only improve upon it.  Brioche, for those of you unfamiliar, is essentially an egg and butter heavy bread. The fact that this bread is usually not sweetened only piqued my interest further.
The ice cream brioche sandwiches are made to order and customizable.  First you select your flavor of ice cream followed by either chocolate or raspberry sauce.  The ice cream and sauce are placed between the sliced brioche and then pressed like a panini! Yes...they heat this sucker up. 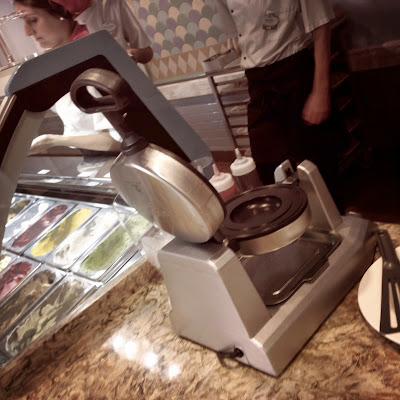 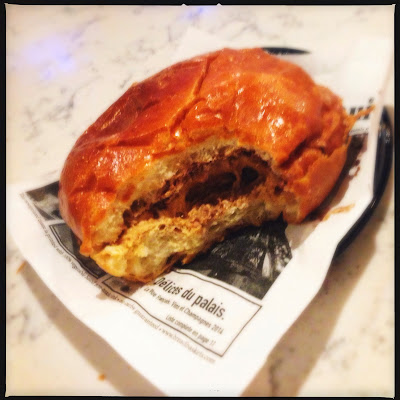 For my sandwich I chose a pretty safe combo of salted caramel ice cream with chocolate sauce.  Clearly the two would compliment each other, and I thought they would go well with the bread as well.  The brioche comes out shockingly hot...almost too hot to hold.  The ice cream inside does remain cold albeit with a slightly more runny consistency.  The textural element of hot brioche with cold center is a little weird, but seriously awesome.  The flavors were spot on, especially if you prefer your sweets with a little savory balance.  The brioche held up well, though by the end of my treat the ice cream had turned to mush.  Go figure.
Have you had the ice cream brioche at L'Artisan Des Glaces? what did you think?  What combinations are you looking forward to trying?  Let us know over on Twitter!
Posted by Adam and Andrew at Monday, October 14, 2013