Located in the massive Temple of Heaven in the back of the China pavilion at Epcot, the Tomb Warriors exhibit is an interesting and informative way to spend some time while walking around World Showcase! Though the main draw at Tomb Warriors are the hundreds of amazing terra cotta statues, there are other whimsical Chinese artifacts flanking the walls of the mini-museum!  Today we will be focusing on a few of these secondary items. 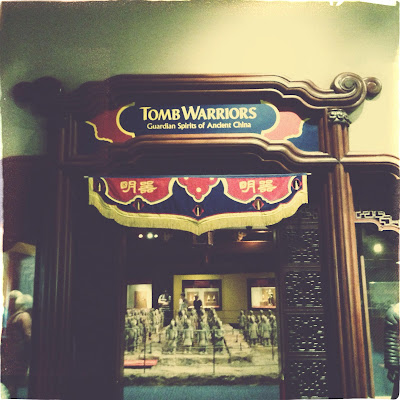 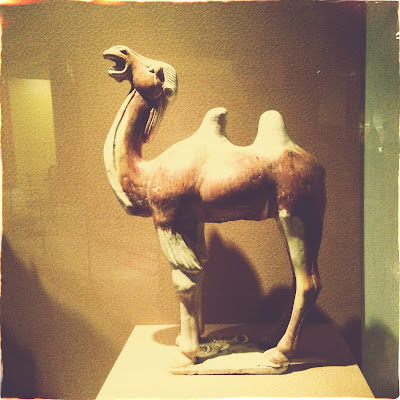 Two-humped camels were common in northern China from 200 B.C.
until the early 20th century.  They were popular in tomb sculptures from
the 6th century onward, providing a means for the deceased to carry
needed provisions in the afterlife. 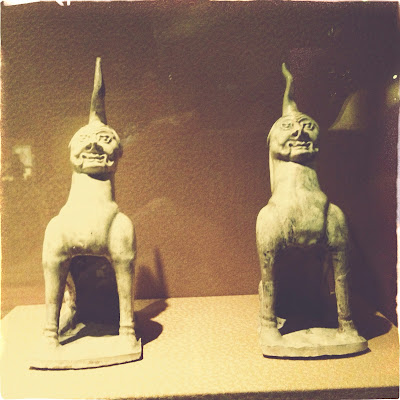 These guardian figures feature human faces on an animal body.  Each
muscular figure is seated in a bold pose, leaning slightly backwards.
Their heads feature an upright curbing horn, with fins covering their
back.  They are made of white pottery with a straw-colored glaze, a
popular glaze in the late 6th and early 7th centuries. 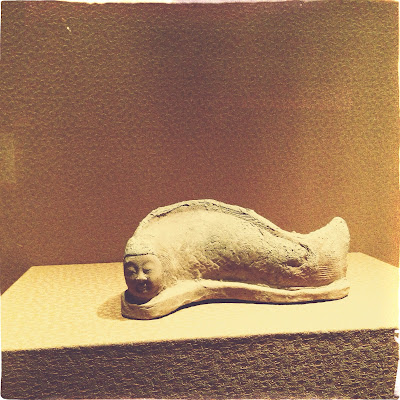 In traditional Chinese symbolism, fish are associated with wealth because
of the similar pronunciation of "fish" and "wealth."  The body of this
piece resembles a carp, a symbol for marital harmony.  This unusual piece
with the body of a fish and the head of a human may signify the union
of separate entities.

Pretty neat right?  I bet the last thing you thought you'd find on Disney Hipster Blog today was a fish with a human head...but I guess anything is possible around here.  Have you ever visited the long running Tomb Warriors exhibit?  What's your favorite mini museum around World Showcase?  Let us know on Twitter!
Posted by Adam and Andrew at Monday, September 30, 2013