Oftentimes the Disney Community joins together in unison...usually to complain about something. Be it ticket price increases, the ever climbing suckiness of Hollywood Studios, or horrible and nonsensical decisions by the highers up, we have a lot to complain about.
One small complaint that we've had recently (and probably you too...) is the generally consistent boring placement of Photopass photographers in the parks.  The photographers are placed in front of park icons, in front of park icons, and in front of park icons.  This might appease the "once every four years" guest, but for fans who visit several times a year the lack of options kind of blows.  Sometimes, however, there are WONDERFUL ROVING PHOTOPASS PHOTOGRAPHERS who I love.
Here, my friends, is a great example of a stealthy cast member who was quick enough to capture a magical moment! 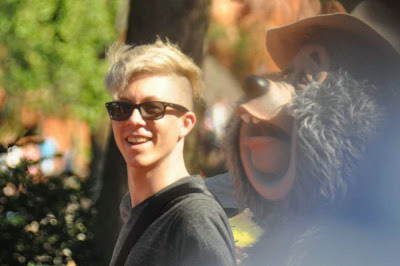 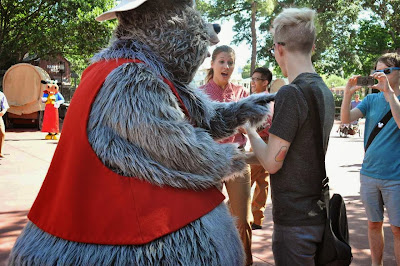 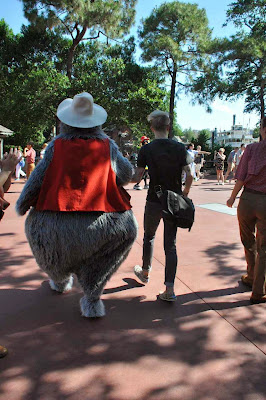 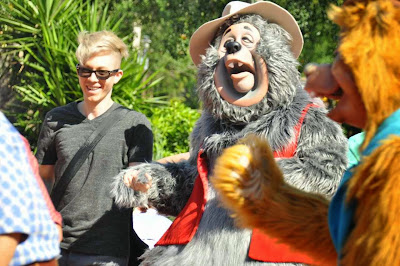 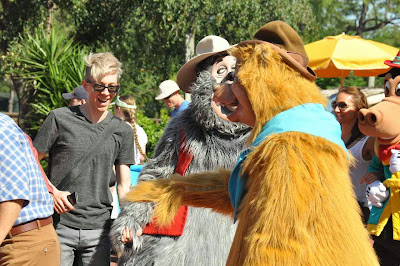 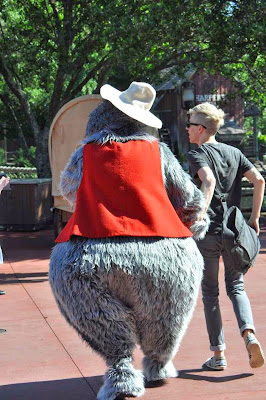 Can you imagine if this Cast Member hadn't been at the Frontierland Hoedown?!  I would have lost the BEST MOMENT OF MY LIFE forever!
Where is your favorite place to take photos in Disney Parks? Let us know over on Twitter or better yet, on Facebook!
Posted by Adam and Andrew at Monday, July 29, 2013