One of the rumors, perhaps the most exciting of the rumors, discussed on a recent episode of the Disney Hipsters podcast (episode fifty-something, to be not super specific) has picked up a lot of steam recently, and we could not be more excited. Ladies and Gentlemen, let me be the first to string these particular words together:


Rivers Of Light is finally coming to Animal Kingdom. 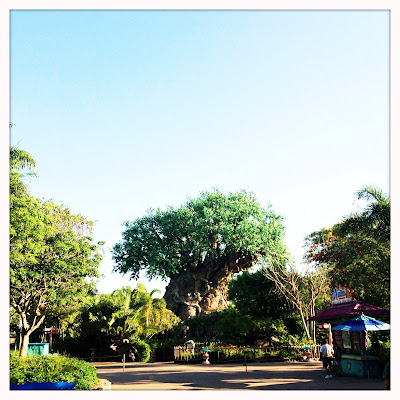 What is Rivers of Light, you ask? Rivers of Light is the almost maybe could be official name of the first ever regularly scheduled night time show to take place at Disney’s Animal Kingdom. The show has been in development since 2006, before being put on hold indefinitely in 2008. An extravaganza so extravagant that it will conceivably guarantee that Animal Kingdom will remain open past the ridiculously vague time known as “dusk”.  A spectacle so spectacular that it may force people to reconsider the erroneous notion that this is a half day park. An event so eventful that…I went one too far, didn’t I?
Earlier this month, Rivers of Light received its inaugural test run hours after the park closed and it was a resounding success. Rivers of Light (I figure the more often I repeat the title, the less pedestrian it will sound) will incorporate Disney’s new favorite toy – that being projection technology – to make the animals emblazoned on the Tree Of Life seemingly (relatively speaking) come alive. That, coupled with our earlier report about the use of lanterns (truth be told, we aren’t 100% sure what that exactly means) and  boats on the river that surrounds the Tree of Life (henceforth known as Tree of Life River), should result in a rather impressive looking aqua-parade that is sure to delight guests of all ages (AKA Disney’s target demographic, right?).

Rivers of Light is an honest to God real thing, people. It’s happening, and everyone better be as excited as we are. This has real potential to be a game changer for the Animal Kingdom.
Posted by Adam and Andrew at Monday, July 22, 2013