One of the things that I was most excited about before leaving for Walt Disney World earlier this month was the opening of the new meet and greet location at Disney's Animal Kingdom!  The new venue for Mickey and Minnie was scheduled to open on the day of our arrival, and we high tailed it over there as soon as we could!
Mickey and Minnie had long held court over in Camp Minnie Mickey, and a more permanent structure was much needed.  A lot is going on in preparation for Avatar-land (or maybe something else?) at Animal Kingdom, and in the mean time characters are being shuffled around.  The retail shop Beastly Bazaar closed last Summer to provide the mice with a beautiful new home called Adventurers Outpost. 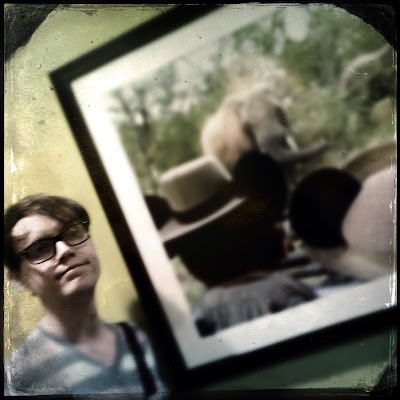 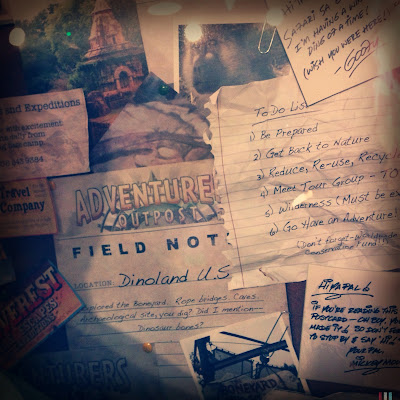 The queue might not be as extensively themed as say Expedition Everest, but it does have light theming.  Portraits of Mickey and Minnie line the walls of the queue, showing the famous couple on their adventures around the world.  There are  also bulletin boards with travel prep notes, post cards, and other paraphernalia.  Very reminiscent of the bulletin boards in Dinoland USA. 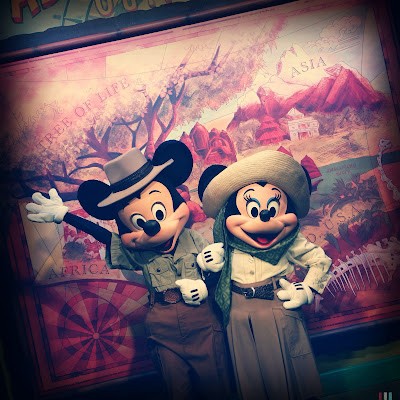 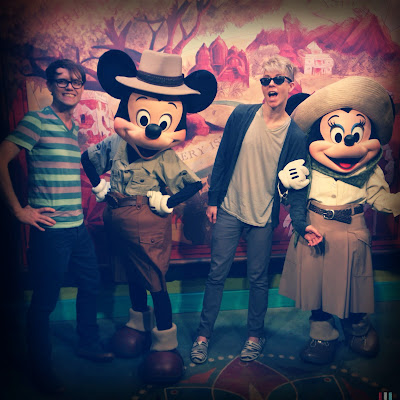 The room and backdrop of this meet and greet are far superior to the shabby Camp Minnie Mickey. (that area ALWAYS felt temporary to me...)  The only big problem I have is that the costumes haven't changed. Though I am a fan of the safari get ups, it would have been nice to meet these guys in another outfit.   Also, this was the shortest Minnie Mouse I'd ever met, which was amazing. :)
Posted by Adam and Andrew at Tuesday, May 28, 2013