Despite the lavish update of The Magic Kingdom's Fantasyland, with its extensive rock work and water features, the original Fantasyland at Disneyland still comes out on top.  Sure, the construction was an improvement...albeit a two steps forward, one step back situation. (we are coming  up on the one year anniversary of Snow White closing...) Its hard to explain why Disneyland's Fantasyland works so well.  Is it simply that it is cozier, and still manages to have MORE attractions that The Magic Kingdom version??  Yes, utilization of space does matter, but I think it goes beyond that... 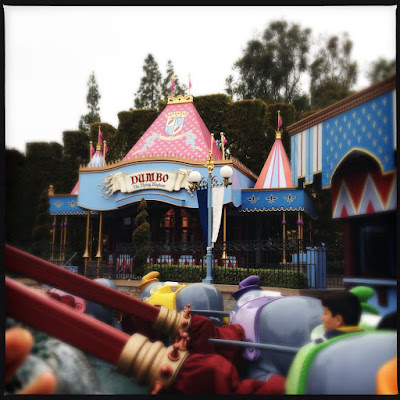 Here is a situation where the WDW update of Fantasyland got it wrong.  By replacing the classic attraction with an over the top dueling Dumbo, complete with interactive innovative queue they kind of sucked the soul out of the attraction.  There is no more grit in Florida's Fantasyland.   Not to mention the fact that they over compensated for Dumbo's demand...and now the attraction seems less popular.
There was something super special about racing through Cinderella Castle to be the first guests on Dumbo, and now that little game has been all but erased. Heck, you can visit Dumbo in Florida any time of day....and be air conditioned why you wait.  Again, the grit of it all is missing.  Luckily for us, the classic style is still in place at Disneyland, where guests still race to be the first in line.  Dumbo is always mobbed at Disneyland and in turn makes it more coveted and dare I say, magical.  When we overcompensate for an attractions popularity it takes away from how special it is. 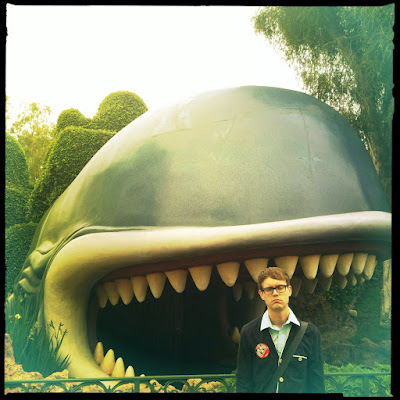 Besides the incredible amount of attractions crammed into Disneyland, the park (and Fantasyland in particular...) are just dripping with amazing iconic landmarks.  Not only are these photo ops lending to the atmosphere, but they are steeped in history.  The age and importance of Disneyland is not lost on the average day guest, and the excitement is palpable.
I'm not saying that The Magic Kingdom doesn't offer up some cool nooks and cranies. (I'm looking at you Plaza Rose Garden...) But if attractions are torn down before allowing people to develop memories, then who will be there to oppose their destruction?  I'm sure that if New Fantasyland makes it to 40 years it will be looked at with great nostalgia and appreciation. But honestly, with The Magic Kingdom's track record I doubt it will survive that long.  What can turn this parks soulless demeanor around is some hard earned history.  Lets get that going, shall we? 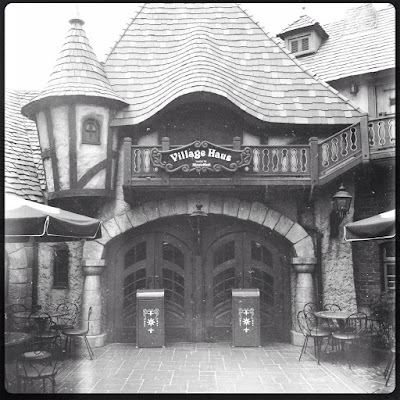 Here is the random instance where New Fantasyland might have got something right.  The exteriors of the entire new area look absolutely phenomenal.  Somehow the worlds of Belle and Ariel intermingle without much disparity.  Even Storybook Circus magically blends into the new area...but those are NOT the only two areas of Fantasyland unfortunately, and until the castle courtyard is updated with intricately textured facades Fantasyland will be disjointed.  I understand that they are three separate "sub areas" within the larger context of Fantasyland...but they are all supposed to exist in the same world.  As it is now the only world that the castle courtyard exists in is 1970's America.
Again, Disneyland is much smaller, so the odds of it being disjointed are more probable. But alas, the west coast Fantasyland magically pulls everything together into one beautiful all encompassing theme.  Here both Pinocchio's Village Haus and Peter Pans Flight exist in the same realm.  Can we honestly say that about the Magic Kingdom, despite the fact that they are directly across from each other?
We've mentioned it before on this blog, but what the castle courtyard is missing is texture.  The walls are flat and one dimensional...same with the dated vinyl flag motif that REFUSES to ever leave.  The good news here is that a new crop of Imagineers are actively involved in improving this park, and are clearly fans of textured details.  Look no further than Winnie The Pooh's queue, or the new Tangled bathrooms.  Both are gorgeous.   Hopefully that influence is creeping to the center...

Number One - Utilization of Space 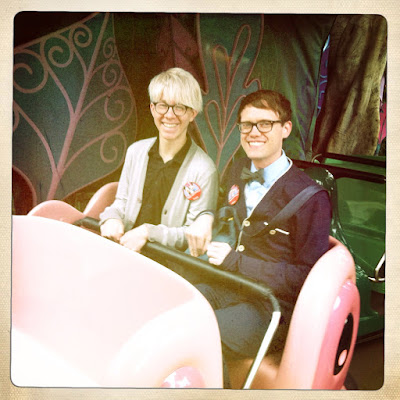 I just really like this picture, and I didn't mention how obsessed I am with the Alice dark ride...

I know I mentioned it earlier, but I have a hard time NOT harping on this fact, so stick with me.  Disneyland has FIVE classic dark ride attractions in addition to kinetic powerhouses like the Storybook Land Canal Boats, and Casey Jr. Train.  The Magic Kingdom has THREE dark rides, despite being twice as big...and I reluctantly include the new Ariel attraction.
Its not so much that Disneyland has more attractions, its how wonderfully they are crammed into the tiny area directly behind Sleeping Beauty castle!  This is truly a child's Fantasyland, as it should be. The Magic Kingdom version is clearly designed to move guests from one area to another, and in doing so comes off as calculated and cold.

Despite its problems, I am very optimistic when it comes to The Magic Kingdom.  The opening of the Snow White mine train will hopefully be the glue to bind the area together...and as it looks now it will be gorgeous.  But Florida has a long way to go before catching up to her cousin in California.  Yikes.
What do you think of New Fantasyland?  Do you also like Disneyland's Fantasyland better?  Let us know!  Follow us on Twitter, and 'like' us on Facebook!
Posted by Adam and Andrew at Friday, May 03, 2013