I recently asked a fill in the blank question, over on our Facebook page: "Instead of working, I'd rather be sitting _________."  And I realized...not only have I asked this question before, across many platforms, but I've probably asked it several times.
The importance of having a "special place" to sit at Disney World and take it all in cannot be understated.  While most people are hustling around from one attraction to the other, YOU as the educated Disney fan that you are, like to sit back occasionally and let the transformative magic happen around you. Soaking in the perfectly calculated ambiance in order to better appreciate the short time you have there can create its own nostalgia.
I have a few places that I take the time to sit, and reflect on how lucky I am, both in the parks and at my favorite resort. 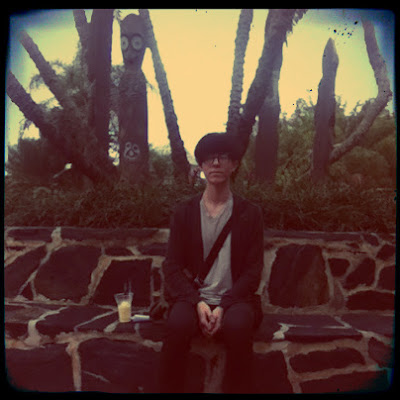 At first I wasn't even sure if I had a picture of this...but, hurrah! The transitional area between the hub / main street / adventureland has my absolute favorite spot to sit in all of the parks.  I usually take a short break from a busy day of touring to grab a dole whip float and sit here for a few minutes while I people watch.  The thing is, this area IS NOT a relaxed area of the park...in fact most new visitors to the Magic Kingdom start their day walking through this area.  But I've always had a huge admiration for the brilliant transition from one theme to the next.  In this case, Crystal Palace...mere steps away acts as the perfect buffer between turn of the century America and Victorian adventure. Palm trees are also more sparsely included on this side of the Adventureland bridge, and in their sparseness create a gradual transition. 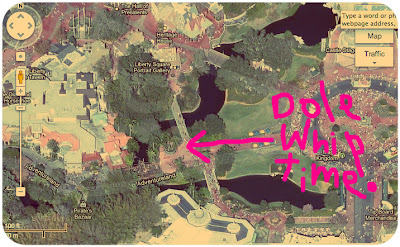 view of the planter via google maps...

Above all else, the sounds here are outstanding.  The prominent sound, regardless of your proximity to Adventureland is the Main Street music loop, with the Adventureland drums off in the distance.  If you strain your ears just the tiniest bit you will also hear the ragtime pianist at Casey's Corner.  This is one of the few spots in the Magic Kingdom where you are truly mixing flavors, in the most beautiful ways.
Make sure you join the discussion on our Facebook page... we have a lot of fun over there, including some random discourse on Disney World/Disney in general.   Let us know where YOUR favorite place to sit at Disney is!