I've been trying to write this blog post for the last few days.  I would open a blank article and stare at the cursor thinking "Gosh! I really love Animal Kingdom," but nothing would result.  The fact is my reverence and attachment to Walt Disney World's fourth theme park cant really be put into words.  The attraction to its theme goes beyond language and goes well beyond my ability to convey how I feel without sounding like a complete dork.
With that said, if there were no Animal Kingdom there would be no Disney Hipster Blog. My appreciation of Disney parks grew over time of course, but it was the idealistic, serene, totally immersive Animal Kingdom that convinced me to book that second trip to Florida. Something about this park just works with my way of thinking. (and many of yours, I'm sure...) 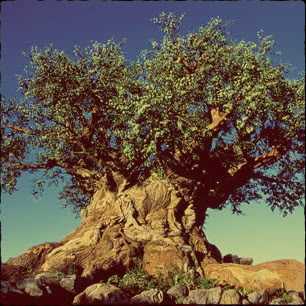 By nature it is designed to satisfy on many levels. Guests are struck initially by the shear magnitude of the park. At more than 500 acres Animal Kingdom is the largest Disney theme park in the world. Within the sprawling acreage there are unexplored trails and caves with plenty of nooks and crannies.  I've visited this park dozens of times and am always surprised to find some forgotten corner within its berm. The inclusion of these intimate areas provides satisfaction on a whole other level. By discovering them on our own, without the guidance of a park map, we become a part of the story.
The narrative of discovery is included in the parks manifesto. The basis of which is our ability to discover and learn from the animals found here, and connect with nature in an entertaining fashion.  A great example is Flights of Wonder, an often forgotten attraction. At first glance nothing more than a circus style bird show, guests are pleased to find the discovery narrative woven in here as well.  Not only are we awestruck by the beautiful birds in the show, but we are learning about their natural behaviors in the wild, and the ever present message of conservation.  Yes, the part at the end with the bald eagle is terribly corny, but the effect is undeniable. With plenty of laughs, dozens of birds, and a loose story line we are encouraged to go out into the park and discover more on our own.
Nearly every corner of the park provides an opportunity to discover. Beyond the visible animal exhibits located on main walkways, there are self guided exploration trails in all but one of Animal Kingdom's lands.  Each trail is themed accordingly and provide exceptionally detailed enclosures for the animals there. 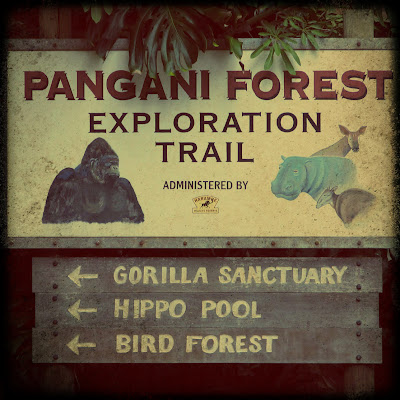 The Pangani Forrest Exploration Trail in Africa is actually based on the theme of self motivated discovery. The trail's tour guides play the role of research students in an elaborate back story centered around the Pangani Forest Exploration School and Wildlife Sanctuary.  (see?! It makes learning seem wild and fun...) This trails theming often goes unnoticed because of its subtle nature, though repeat visits reveal it over time.  On the Pangani trail we have up close and personal encounters with many African species. Perennial fan favorites such as meerkats and hippopotamus are just yards from more rare Waller's gazelle and okapi.  Among each viewing location are opportunities to discover even more.  Hands on exhibits, replicas of bones, and informational plaques provide hours of fun education for both kids and adults.
Not to be outdone, the Asia section of the park takes its trail to the next level of extensive theming.  The Maharajah Jungle Trek provides a relaxed saunter through the lush jungles of the fictional setting of Anandapur.  Set up as a wildlife preserve by a wealthy Maharajah, the extent of the theming here is unmatched in almost every capacity in any Disney park.  A sub-story of former British occupancy furthers the detail and plusses the aesthetic value.  You will encounter several unusual and beautiful species along this walk.  Komodo dragons and victoria crowned pigeons are personal favorites of mine, though the true star of the show are the Bengal tigers who get top billing.  Both the aviary and bat enclosures are also incredible sights not to be missed. 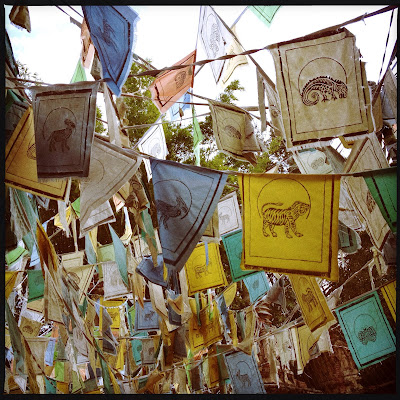 Beyond these extensive trails there are smaller, yet equally lush hidden trails surrounding the Tree Of Life. Here you can find several interesting animals like the nene goose and galapagos tortoise.  These secluded trails are the ultimate example of impromptu self led exploration, considering they're relatively low key, and hard to appreciate on the park map.  Even the lack of cast members occupying this space would encourage you to linger, take photos, and appreciate the beautiful space.
Coming full circle, to the front of the park, The Oasis. Perhaps the most odd and wonderful area of Disney's Animal Kingdom.  Breaking away from the standard main street usa promenade, standard to most Disney theme parks, the Oasis is the epitome of lush surroundings.  Provided with the most extensive rock work, gorgeous waterfalls, ponds, streams, and foliage that was given two full seasons to grow before the park even opened.  The Oasis is an ancient forest...even though we know thats not possible. The illusion is there just the same.  Though the opening ceremony is now defunct, when Mickey and Minnie told us to pack our adventure...we took their advice to heart. 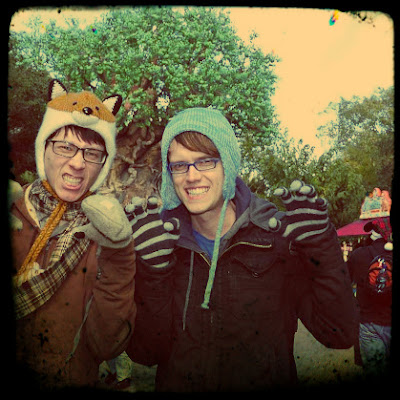 Now, as we're celebrating Animal Kingdom's 15th birthday it is important to recognize the urge to discover and explore.  What makes this park different from the very beginning is still flourishing today.  Its die hard fans, embracing the nahtazu mentality, are promoting this park and its growing niche market of Disney fans. That special breed within the community who value its merits above all other Walt Disney World parks.  With the future purity of its manifesto in question one can only hope that discovery is still a buzz word with Imagineers as it was at the dawn of the parks creation.  I, for one, am cautiously optimistic.
Thanks so much Animal Kingdom for just existing and bringing my life so much joy.  Keep doing your thing bringing out the spirit of adventure in even the most calloused adults.
Posted by Adam and Andrew at Monday, April 22, 2013