This past October we ate at Animal Kingdom's Yak and Yeti restaurant.  This was one of the few places in Disney World that we had never been to before and even though we were generally underwhelmed by the meal, the decor and theming was really terrific.
I've been mildly obsessed with Disney bathroom signage in the past. My favorites being San Angel Inn and of course the Norway bathrooms!  Turns out, Yak and Yeti has its own set of cool signage as well... 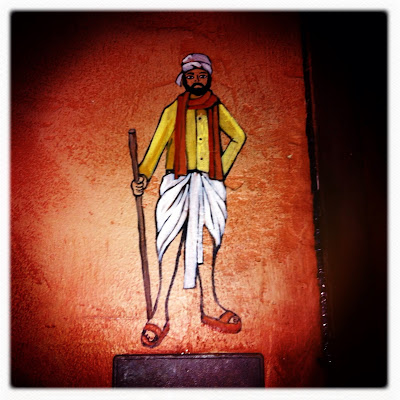 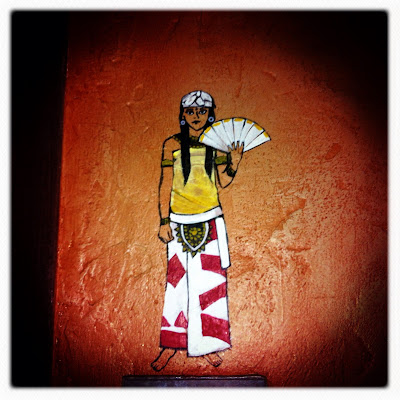